Seven years after Nepal emerged from a decade of conflict that killed some 18,000 people, according to the government, there is scant access to mental healthcare even in cities, a situation mirrored in the region’s other countries where violent change has taken place.

“The gap between treatment and the magnitude of the mental health problem is over 85 percent, and that is very worrisome,” Surendra Sherchan, chief of Nepal’s government-run facility, simply known as the Mental Hospital, told IRIN. At least 15 percent of Nepal’s population of 27.4 million (around four million people) have some form of mental illness, according to the Mental Hospital.

The hospital in the capital, Kathmandu - the country’s only hospital exclusively providing psychiatric and community-based mental health services - has very limited financial and human resources, he added.

Outside of Kathmandu there are only four government hospitals running psychiatric services: in the cities of Bharatpur, Pokhara and Nepalgunj in west Nepal, and Biratnagar in eastern Nepal, according to the Department of Health Services.

There is one psychiatrist for every nearly 400,000 people, according to Tribhuwan University Teaching Hospital (TUTH) the country’s largest medical training facility. Psychiatric nurses number no more than 30.

The mental health of many Nepalis has been affected by the country’s constant political instability, dating back to a Maoist insurgency and the outbreak of conflict in 1996, the widespread poverty that has increased migration, lower levels of social protection, and a stagnant economy, say experts.

Saroj Prasad Ojha, an associate professor at TUTH’s Institute of Medicine, told IRIN the government had failed to introduce national mental health legislation despite consistent entreaties by professionals and activists in the field. “Our mental healthcare is even worse than other low-income countries, which already have poor access, but we don’t even have a mental health action plan or a government division dedicated to this public health issue.”

After decades of war, reconciling the past could be Sri Lanka's greatest challenge yet. War crimes were allegedly committed by both sides to the conflict 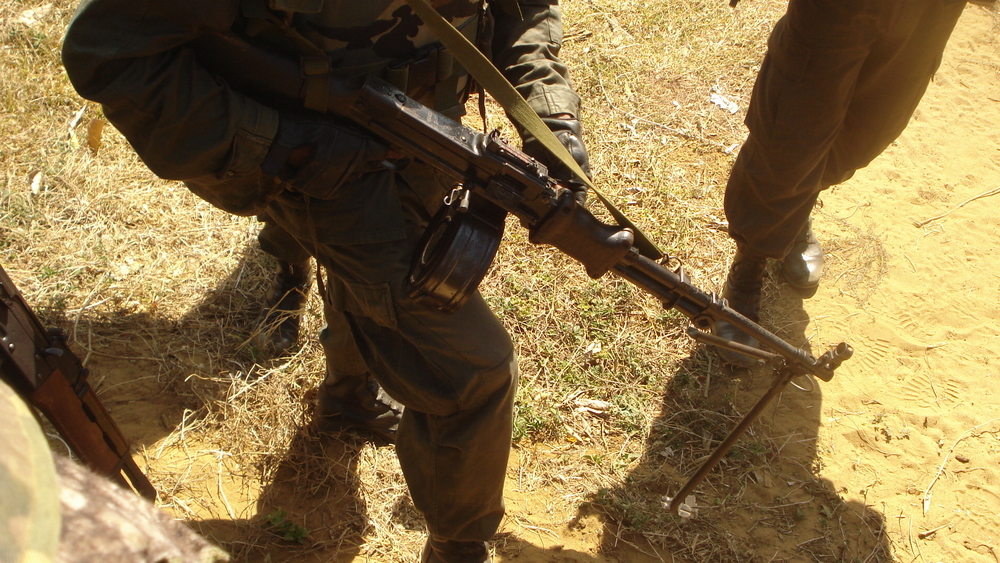 The national government aims to mainstream mental health counselling services through primary healthcare offices across the country by mid-2014. Even so, NGOs worry that without a separate government unit in charge of mental health policy, the plan will have little chance of success. The only government link is the Mental Hospital, which is limited to medical treatment and has no authority to change or set policy.

“Until now, there is not even one single desk or official at the ministry or Department of Health to address the mental health issue,” said mental health activist Jamuna Poudyal, programme director of the local Centre for Victims of Torture (CVICT), which provides community-based psychosocial counselling to survivors of armed conflict.

Nepal is still recovering from a decade of violent conflict from 1996 to 2006, and without a stable government for the last seven years it has struggled to make the transition from a conservative monarchy to a politically divided federal democracy, according to CVICT, which trains local social workers to provide psychosocial counselling.

“Post-traumatic stress disorder is still prevalent among people, and many suffer from chronic depression and anxiety disorders,” said Ramlal Shrestha, programme director of the Centre for Mental Health and Counselling-Nepal (CMC), a local NGO operating in 12 of the country’s 75 districts.

“The case loads of people with mental health problems in the rural areas are growing every year,” he said. In the last seven to eight years CMC has treated more than 35,000 people, according to Shrestha.

In low-income countries like Nepal, where there are few psychiatric specialists and access to treatment is negligible, community-based counselling services are a viable option, say experts.

In Sri Lanka, the 2004 tsunami prompted the recruitment of a new category of community mental health workers that could offer support and “psychological first-aid” to affected people. In late 2011 the country still had only 25 psychiatrists for a population of 20 million (142 Sri Lankan-trained psychiatrists were working abroad), making the services of community mental healthcare service providers more important than ever.

Sri Lanka and Indonesia are both emerging from separatist conflicts that ended less than 10 years ago. There are ongoing war crimes tribunals examining the genocide in Cambodia and the bloody independence struggle in Bangladesh that date back almost 40 years.

Nepal, Sri Lanka, Cambodia and Bangladesh all battle to varying degrees to meet the mental health needs of their residents. Thailand and Philippines still have ongoing low-intensity separatist rebellions in the southern regions of their countries, which periodically flare up and displace thousands of people. Their struggle to improve and broaden the reach of mental healthcare is similar.

A number of Southeast Asian nations have experimented with community mental healthcare, but these services generally receive scant attention and minimal funding in the region’s low-income countries.

Biswa Bandhu Sharma, a senior psychiatrist at Medicare, one of Nepal's largest private medical hospitals, told IRIN, “We need more psychosocial workers trained in mental healthcare and they can help to reach a mass of people, especially in Nepal’s rural areas, where access to mental healthcare is zero.”