Rather than focusing on what is almost literally pouring money down the drain, donor reports and NGO websites prefer instead to boast of the numbers of water pumps drilled or toilets installed.

“You don’t take photos at a funeral,” said Dutch water expert George De Gooijer, who is based at the Netherlands’ embassy in Benin. “The lack of a link between results on the ground and the proposals is the one that needs to be solved.”

In 2012, an audit by the European Union (EU) sought to make that link between its officially completed WASH projects in sub-Saharan Africa and the reality on the ground - but found that more than half of the drinking water schemes surveyed had failed to deliver.

A key failure was in the management of the projects rather than the installation of the equipment.

Overall EU spending on water and sanitation projects in sub-Saharan Africa, from 2001 to 2010, amounted to more than one billion euros - and much of it is likely to have failed to produce the intended outcomes.

Hundreds of short-term WASH projects were implemented in the aftermath of the 2010 earthquake in Haiti - rapid construction schemes that have had little long-term impact, says Sasha Kramer, an ecologist and co-founder of the sanitation NGO Sustainable Organic Integrated Livelihoods.

“This approach to sanitation interventions results in massive spending in the sector, impressive implementation statistics for NGOs and negligible positive outcomes for community beneficiaries,” Kramer said.

The UN in Haiti is actually blamed by many analysts for causing the world’s worst recent outbreak of cholera, which killed more than 8,000 people and infected at least 600,000.

This year, the UK’s Independent Commission for Aid Impact found that a government water project in Sudan’s Darfur region had created “aid dependency” with little focus on creating a durable solution.

The long list of failures is all the more painful because water and sanitation are universally recognized as critically important.

Low-quality water and sanitation systems create acute vulnerabilities during natural disasters. When earthquakes and floods strike, it is frequently the subsequent population movements, water-source contamination and unsanitary conditions that create the most dangers to human life.

Sixty percent of the world’s population has dysfunctional or non-existent sanitation, says Arno Rosemarin, a researcher at the Stockholm Environment Institute. There is “no other global statistic leading to high risk that comes close to this one,” he said.

Speaking at this month’s World Water Week in Sweden, he said WASH - particularly sanitation - was “a failing chapter in human development.”

Donors like concrete, measurable targets. In a WASH sector looking to reduce open defecation and control human waste, this has often meant building toilets - what some analysts call a “vending machine” approach.

In India, which has some of the highest rates of open defecation in the world, the government has embarked on a vast programme of toilet building. The results are so far extremely mixed, says Prakash Jumar from the WASH Institute in India.

Jumar says communities have often been completely left out of the implementation process; sometimes to the extent that they do not use the new toilets because they fail to realize the toilets were built for them.

Poor construction quality has meant that 30-40 percent of toilets have been abandoned, repairs are nearly impossible because of nonexistent supply chains for spare parts, and even when still standing, many are used for storage rooms rather than for defecation.

“We have a lot of lessons learned, but we are not implementing [them] in national and major sanitation programmes. We need to integrate these failures,” Jumar said.

He says the key is community engagement.

“When the community is [involved, they] often don’t then need support from the government. That was one of the major lessons learned from 10 years in the region.”

Global water sector figures say half of water projects end up failing because of a lack of community involvement.

Many WASH projects are implemented during humanitarian emergencies, when broken water and sanitation systems can create massive health risks.

But in the rush to intervene in places like refugee camps, basic steps are often not taken - like building adequate drains in areas with high rainfall and not installing flush toilets where water is scarce, according to Katarina Runeberg, an environmental advisor with the Swedish Civil Contingencies Agency (MSB).

There are often multiple actors seeking to respond in a crisis, with no one looking holistically at the whole WASH cycle.

And in many cases, humanitarian actors are trying to implement adequate water and sanitation systems where none existed even before the crisis.

Even before its earthquake, Haiti had the lowest sanitation coverage in the northern hemisphere and the world’s highest incidence rates of diarrhoea, for example.

But even in the world of development, donor deadlines are frequently tight, adequate measurables can be difficult to find, and construction continues to be favoured over operation and maintenance.

But projects implemented from outside rarely have the sort of long-term funding needed for maintenance and regular assessment. One rare example is the Netherlands, which is attempting to make sure implementing partners aim for 10-year sustainability, says De Gooijer, but this can be difficult to implement.

They have begun using “Look Back” studies to check up on WASH projects two to five years later. In the case of their work in North Korea, they initially found 80 percent of projects were no longer functional. Problems included a lack of local familiarity with the materials used (like PVC piping), and the use of sewage as fertilizer before it was safe to do so - issues they were able to correct.

“If you think you’ve discovered something good, leave it alone in the field for two years and then see if it is working,” said Peter Morgan, an award-winning WASH inventor and scientist who has been implementing projects in Zimbabwe for decades. 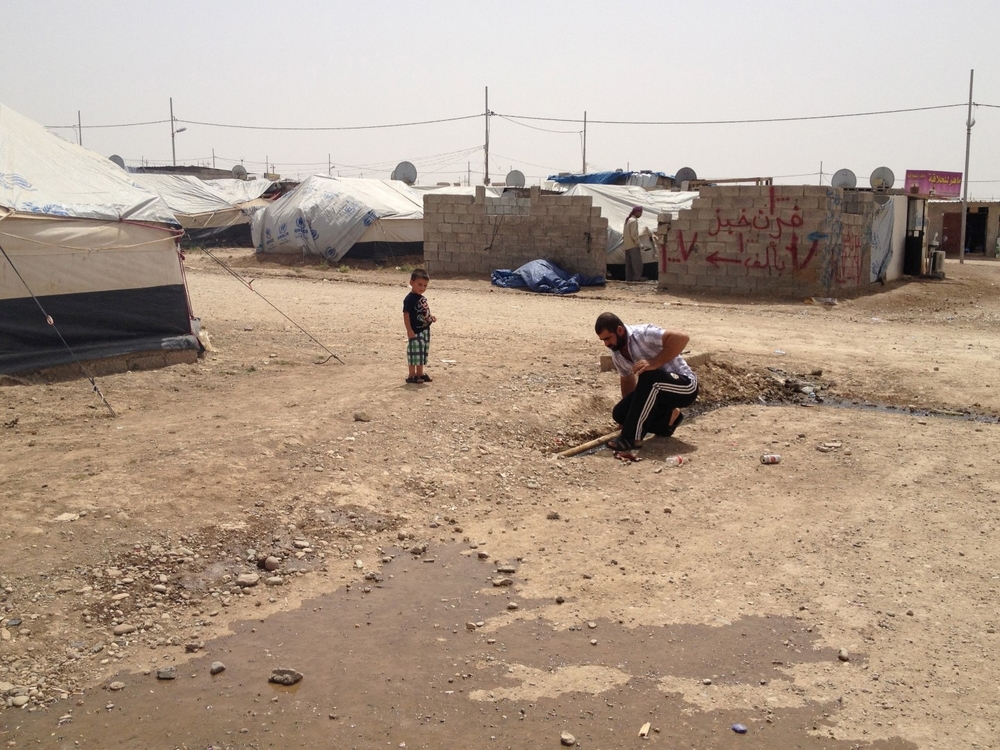 But donors have yet to establish concrete funding mechanisms for these kinds of long-term assessments.

This leads to the broader question of just how practical it is for outside humanitarian and development actors to be even trying to implement large-scale WASH systems.

Morgan says the success of a mass-deployment of specially designed ventilated improved pit (VIP) latrines could be attributed largely to the fact that it was approved and implemented by the Zimbabwean government itself. He says governments and users need to be strongly associated with any projects if they are to avoid failure.

“Local people are incredibly innovative, and if you are a humble character you need to open your eyes and look at that,” he said. “People live there. They don’t drive off in a fancy 4x4 vehicle and vanish in the dust. They actually live there.”

Few, if any, countries can claim to have a large-scale WASH system thanks to international NGOs, which Kramer says frequently lack “cultural fluency” and have an “inability or unwillingness to engage with local communities.”

Canada’s Engineers Without Borders produces an annual “Failure Report”. The organization found that around half of all failures were not related to conditions in recipient countries, but rather derived from internal planning, communication, decision-making and personal leadership.

Yet it remains extremely difficult for UN agencies, international NGOs and local actors to say that their WASH projects were failures. Donors want to see successful track records, and no one wants to fund a fiasco.

“It’s not fashionable enough to talk about failure,” said Rosemarin

For communities receiving water and sanitation projects, the lack of honest engagement can create barriers.

“The walls of fear, distrust and misperception affect international interventions in all sectors, but are particularly disruptive to WASH interventions, where quick fixes are not possible and successful projects are completely dependent on community engagement,” said Kramer.

Otherwise, as one aid worker from Uzbekistan reported, villages may be successively visited by different NGOs installing the same sanitation project one year after the next.

“Getting negative feedback could be more valuable than the opposite,” said Morgan. “If you have failures, then the very least you can do is to find out what went wrong.”