The Philippine government and Muslim rebels in Mindanao are inching forward in peace negotiations aimed at ending a long-running insurgency, but the toughest negotiations are likely to centre on how to disarm thousands of insurgents, officials and analysts say.

She said a "decommissioning body" was to be appointed by both sides to determine what happens to MILF's weapons, which include machine guns, assault rifles, rocket propelled grenades, small firearms and anti-tank weapons and mortars.

"There are difficult decisions to be made here," Deles said. "You don't want this normalization process to be a never-ending target, where they can still recruit while in the process of decommissioning."

Among the models under consideration is the Irish model, when the Irish Republican Army (IRA) signed a peace deal in 1998 and agreed to stockpile their weapons in a warehouse before their destruction, she said.

Two decommissioning deadlines passed before the IRA agreed in 2001 on a method to destroy its arsenal, which was hailed by leaders then as “historic” and a “breakthrough”. Four years later, an independent commission announced the Irish fighters’ entire arsenal had been destroyed.

He argues that national law allows for very "liberal gun ownership" on the premise that citizens have the right to defend their homes and personal welfare. Anyone who is 18 or older can legally own guns, subject to strict screening.

Corporations in the south, as well as political warlords, are known to employ private armies, leading to a proliferation of firearms across the Catholic nation, where Muslims are a minority.

Under a 2006 peace deal between Maoist rebels and the Nepalese government, all rebel weapons were to be turned over and stored in containers under UN supervision.

In exchange, the United Communist Party of Nepal (Maoist) received legal recognition, including the right to participate in elections. It was also agreed that the armed wing of the party - the People’s Liberation Army - would be integrated into the Nepal Army, something yet to be completed in 2013. Some 9,500 fighters are eligible for army integration, of which the government has agreed to accept 6,500. 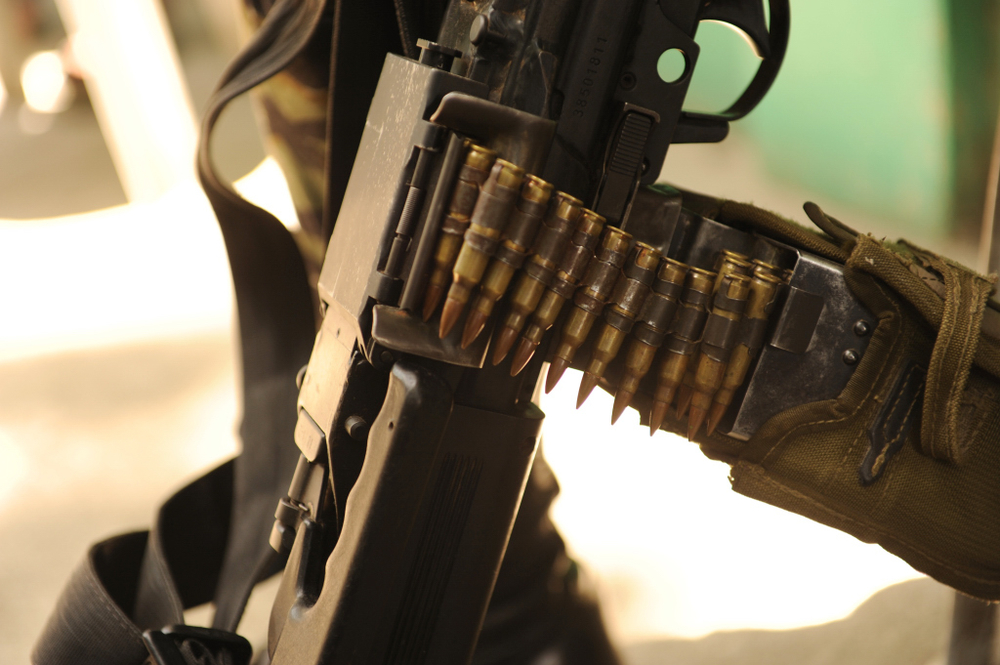 In 2012 Nepal’s national army took control of seven main rebel cantonments (and some 20 satellite ones), along with some 3,500 weapons in sealed containers.

But according to a May 2013 publication from the Geneva-based independent research project, Small Arms Survey, based on other disarmament experiences, and given the number of Maoist fighters, there may be some 6,000 arms that were never submitted to UN control.

In the Indonesian province of Aceh, following almost 30 years of struggle with the central government, separatists with the Free Aceh Movement (local acronym GAM) signed in 2005 the Helsinki Agreement, which committed the rebels to turn over all arms, explosives and ammunition to a European Union (EU)-supported monitoring mission.

When asked why fighters disarmed there with little struggle or infighting, Kamaruddin Abubakar, the former number two leader of the rebellion, told IRIN: “We trusted our leaders. When we were told to put down our weapons, we did so. We were optimistic about the deal given the presence of EU monitors.”

The Philippines government, along with Sri Lanka’s and Thailand’s, recently sent delegations to Aceh to learn how its peace process, especially disarmament, unfolded, said Irwansyah (one name only), founder of a new political party in Aceh who was a rebel commander and representative in the EU monitoring mission.

“It was hard to put down our arms because we feared being arrested,” said Irwansyah. “But because of international support, we did so despite our fears.” He told IRIN the peace deal has been militarily successful, even though there are democratic shortcomings.

MNLF signed a peace deal with the government in 1996, and an autonomous region was created for it to govern. But despite millions of dollars in development aid, the autonomy was deemed a "failed experiment" in President Aquino's own words; many areas remain among the poorest nationwide.

Some MNLF forces were absorbed into the armed forces, but were poorly trained and ill-equipped for the rigours of a strictly regulated fighting force. Those who were left behind did not surrender their weapons and went back to the jungle or hinterland where they regrouped or joined smaller bandit groups.

"We hate the word surrender. We can't just disarm and give up our weapons. That will expose us to threats. We will only lay down our arms if clearly we see there is no more need to fight," he said.