More has to be done to ensure the health and wellbeing of women and children affected by the Syrian conflict, said Babatunde Osotimehin, executive director of the UN Population Fund (UNFPA), on a recent visit to Turkey’s Nizip refugee camp, about 40km east of the southern city of Gaziantep.

One of Turkey’s newest camps, Nizip houses some 10,000 refugees, or “guests” as the government prefers to call them, in white canvas tents and containers arrayed in neat numbered rows along the rocky, sun-bleached banks of the Euphrates.

It is, by many measures, a model of humanitarian assistance.

Amenities include a laundry facility, a mosque, a health clinic, hot water and hot meals, schools and playgrounds, teahouses, hairdressers and a supermarket where refugees can shop for extras using electronic voucher cards. Kids can play organized football and compete in chess tournaments, watch TV and weave rugs. There is gas and electricity, sanitation and tight security.

But Turkish authorities seem to have overlooked one important detail. According to aid workers, nowhere at Nizip, or at any of Turkey’s 16 other camps, can refugee survivors of sexual violence find the level of specialized psychosocial support experts say they so desperately need.

“I am impressed by what I have seen here,” Osotimehin, a former Nigerian health minister, told a group of reporters gathered outside the camp’s school. “It’s remarkable what Turkey has done at its own expense.” But he had also come, he said, to highlight the urgent needs of pregnant and lactating women as well as victims of the sexual violence said to be on the rise across conflict-battered Syria.

Indeed, as a January report by the International Rescue Committee put it, “rape is a significant and disturbing feature of the Syrian/civil war” - an assertion supported by surveys of refugees in Jordan and Lebanon who consistently cited sexual violence “as a primary reason their families fled the country”.

Weeks later, Erika Feller, assistant UN High Commissioner for Refugees, echoed, those concerns, warning of reports that “the conflict in Syria is increasingly marked by rape and sexual violence employed as a weapon of war.”

And writing in the Atlantic last month, Lauren Wolfe, director of the Women Under Siege Project, which documents the incidence of rape in conflict zones, described how Syria’s “massive rape crisis” is “creating a nation of traumatized survivors”.

To date, Turkey has taken in around 193,000 refugees in 17 camps, and six new camps are currently under construction. Stretched to capacity, the country has been lauded for its open-door policy and generous aid. But at least one gap remains.

“From what we have been able to learn, there is virtually no trained psychosocial support [specific to survivors of sexual violence] currently available in the camps,” said Leyla Welkin, a clinical psychologist and gender-based violence consultant working with UNFPA.

Specific services for survivors of SGBV are rarely at the top of the priority list in emergency settings, said Meltem Agduk, a gender programme officer with UNFPA. Like others have done elsewhere, Turkish officials first focused on providing adequate food and shelter to a spiralling number of refugees.

“You can see that our camps are in better condition compared to Jordanian camps,” said a senior Turkish official. “The people are very happy.”

The government has informed the UN Refugee Agency (UNHCR) that specialized staff are available to the Syrian refugees, who can be treated inside the camp or referred to hospitals outside the camp where necessary, UNHCR's office in Ankara said.

But as Welkin told IRIN after a meeting with women `mukhtars’, or village leaders, who teared up when asked about sexual violence, “there is a significant need for professional support.”

Psychosocial services, more generally, are available to both women and children in the camps, but a lack of private space makes it difficult for women to talk about their experiences of sexual and gender-based violence (SGBV), perpetuating a culture of silence that severely impedes efforts to address it.

That dearth of psychosocial support for survivors of sexual violence in Turkey’s refugee camps is a function of its scarcity in the country at large, said Welkin, who is based in UNFPA’s office in the Turkish capital Ankara. “When it comes to SGBV, Turkey is very underserved.”

Lack of personnel is a challenge for the Ministry of Family and Social Policy more widely, Agduk added. In some cities, there is just one psychologist and one social worker to deal with both the normal Turkish caseload, as well as the influx of Syrian refugees (an additional 130,000 have been registered outside the camps). 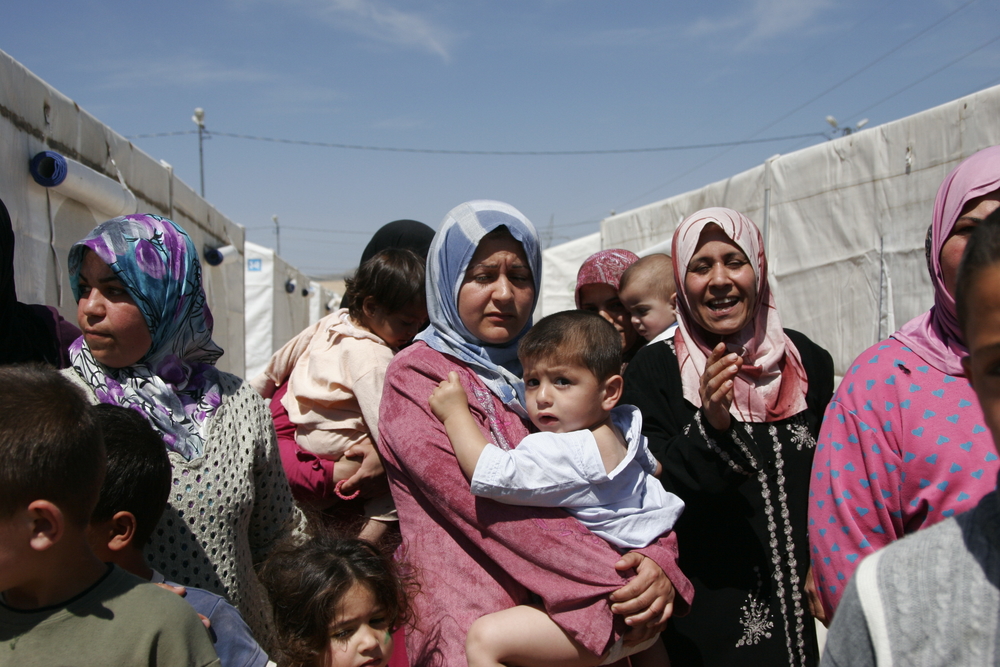 In recent years, Turkey has focused on increasing its ability to respond to domestic cases of SGBV, opening one-stop centres where survivors of SGBV can access counselling, legal advice, and other kinds of support all in one place. But Turkey has less experience in treating SGBV in the context of disasters, in which trauma is multiplied, Agduk said.

The Turkish government has been keen to address the issue of disaster-related SGBV, she added, and has turned to UNFPA for technical expertise.

Together with the Turkish Ministry of Family and Social Policy, UNFPA has designed a pilot programme to prepare and train 24 health care workers to conduct preliminary psychological assessment and treatment in the camps. The programme will also provide general public education on SGBV, said Welkin, including an intervention specifically targeting men, “some of whom will be perpetrators”.

UNHCR has also given Turkish officials its guidelines, or standard operating procedures, for the prevention of and response to SGBV "to be shared among their staff working with Syrian refugees in the camps."

UNFPA has already trained Turkish health care workers in the clinical management of rape, including emergency contraception, prevention of sexually transmitted infections, and collection of forensic evidence. But in the absence of access to counselling, said Welkin, victims are unlikely to present for medical treatment, largely because of the stigma surrounding the issue. Cultural differences and language barriers have also posed challenges, Agduk said.

The new training will begin within a couple weeks, with services likely to be up and running within two months, she said. This first phase of the programme targets health care workers, psychologists and social workers at the municipality and governorate level, with the aim of building capacity inside institutions that can be carried forward.

“My hope is that this catastrophe can serve as an opportunity for Turkey to take a step forward in SGBV prevention and intervention - that the professionals we train will be able to take these skills from the camps to their own communities,” Welkin said.

Indeed, government officials see this programme as “opening a door” through which they can establish new services that will be available not only for Syrian refugees, but in case of future disasters.

“It is important that they are now taking it seriously,” Agduk said.

New legislation, passed last year, has significantly improved the laws governing SGBV, for example by expanding the definition to include non-married victims of domestic violence or divorced women who are assaulted by their ex-husbands.

Still, the task ahead is not easy, and not least for the fact that the UN now faces a major funding shortfall. Of the US$1.5 billion pledged by international donors to cover Syrian refugee needs for the first half of 2013, just over half has been committed. UNFPA requirements for the Syrian crisis, across the region, for the same period were $20.7 million, but so far, say representatives, the agency has received less than half of that.

Another challenge is that the scale and range of SGBV-related needs among Syrian refugees are not fully clear.

“Our concern is not about the number of psychologists trained, but the lack of information about the reality on the ground,” said Ayman Abulaban, Turkey representative of the UN Children's Fund (UNICEF). He said UNICEF does not currently have information about this, but hopes to in the near future when project activities begin.

Abulaban said there was a need to assess the gaps, to increase comprehensive prevention and response services, and to create a standardized referral system. He said he hoped a new UNICEF project to increase resilience among children and youth in the camps would help support the government in addressing the needs. (According to a recent Save the Children report, sexual violence in conflict disproportionately affects children and teenagers).

“It is of utmost importance that Syrian refugees can access SGBV services,” he said in a written statement.

In the lead-up to its training, UNFPA, the Ministry of Family and Social Policy and AFAD, the government’s disaster and emergency management unit, will conduct a large assessment of the needs, Agduk said.

Meanwhile, as the fighting in Syria rages on, refugees continue to pour over the border, with some 7,000 new arrivals registering each day across the region. By the end of the year, warned UNHCR’s regional coordinator for Syrian refugees, the number of Syrian refugees in the region could surpass four million.

*This article provides additional information to an original version published on 2 May 2013.