Palestine, now upgraded to a non-member observer state at the UN General Assembly, recently threatened to ask the International Criminal Court to investigate Israel if it moves forward with E-1 (Palestine would first have to sign onto the Rome Statute that created the Court).

There was much fanfare over Netanyahu’s announcement last year but what has happened since? How quickly could E-1 become reality? And what of the oft-overlooked humanitarian implications?

The master plan for E-1 - including 3,500-4,000 housing units, 2,100 hotel rooms, an industrial area and a regional police headquarters west of the Israeli settlement of Ma’ale Adummim - was first conceived in 1994, expedited in 1999 and approved in 2002 but has been frozen for years due to US resistance.

On 30 November 2012, one day after the UN General Assembly voted to recognize Palestine as an observer state, Netanyahu announced the plans would move ahead.

On 5 December, the West Bank Higher Planning Council of the Israeli Ministry of Defence’s Civil Administration arm approved two specific plans for a total of 3,426 housing units in E-1. But according to Israeli groups that monitor settlement expansion, the plans have not yet been formally deposited for public review.

Once that happens (usually a sign is publication of the plan in a local newspaper), the public will have 60 days to submit objections. The Planning Council would then hear the objections, and decide whether to approve the plan as is, reject it or send it back for amendments.

Once fully approved, there are two further steps. The municipality of Ma’ale Adummim, to which E-1 belongs, must approve building permits. The final step is for the Ministry of Housing to issue tenders for contractors to begin construction.

“No decision has been taken to allow construction in E-1,” David Baker, senior foreign press coordinator for the Israeli Prime Minister's Office, told IRIN. “We have allowed so far for preliminary planning and zoning work only.”

To what extent is politics relevant?

So when would bulldozers actually start breaking ground? The whole process could take as little as six months, more likely at least one year, if not two. But it depends on political will. The government can freeze the plans at any point in the process up until the tender stage. 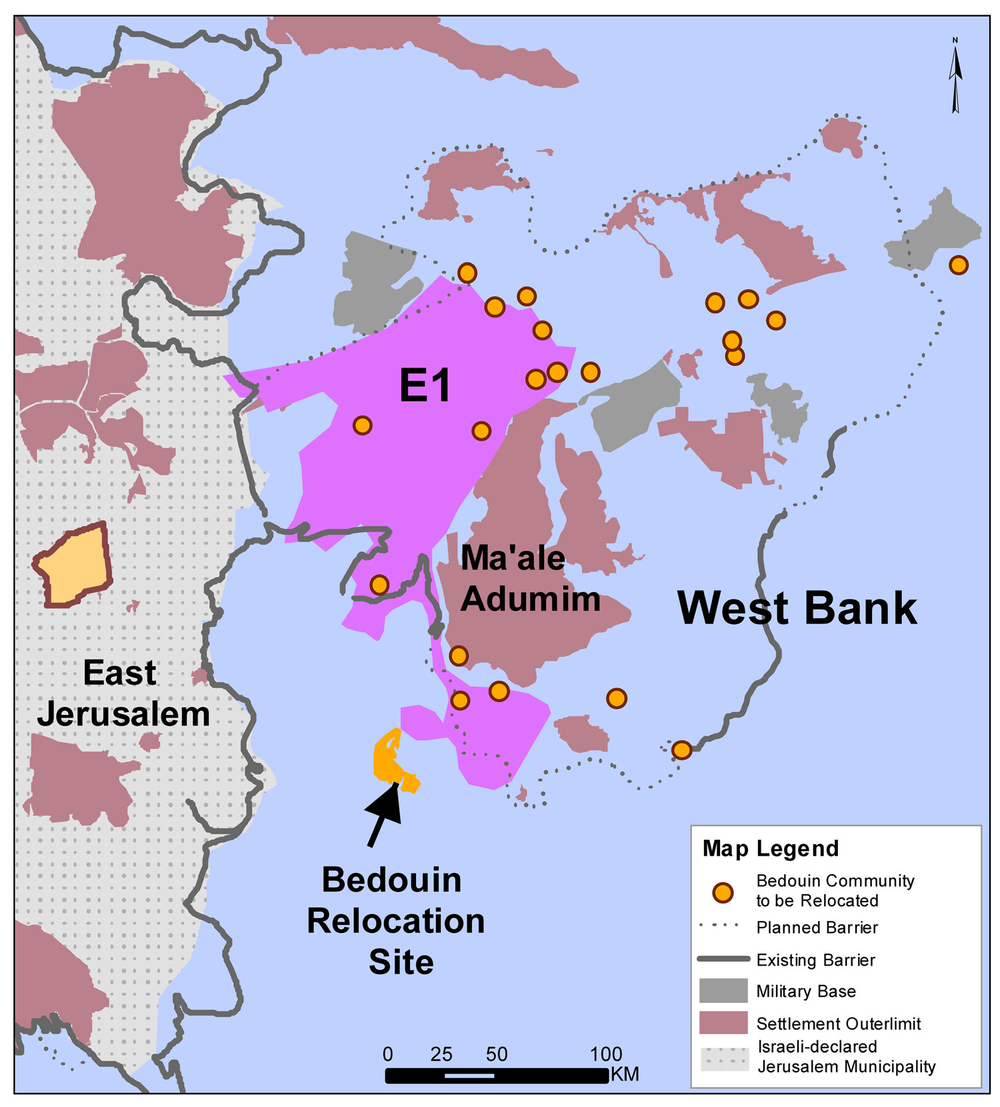 Alternatively, “if there is willingness, it can happen fairly quickly,” said Yehezkel Lein, head of research at the UN Office for Coordination of Humanitarian Affairs (OCHA) in Jerusalem.

The political will depends on who ends up joining Netanyahu’s governing coalition. The union of his right-wing Likud Party with the centrist Hatnuah Party, led by Tzipi Livni, a long-time advocate of peace negotiations, is likely to slow the process. But to form the rest of his government, Netanyahu is still in negotiations with others, including the far-right Habayit Hayehudi (Jewish Home) Party, led by religious Zionist Naftali Bennett.

Still, to avoid a diplomatic incident, movement is unlikely in the lead-up to or immediately after US President Barack Obama’s visit to the region this month. In addition, “given the instability in the region right now, [moving forward on E-1] would be a very risky, ill-advised decision,” said Betty Herschman, director of international relations and advocacy at Israeli NGO Ir Amim (“City of Nations”), which works to preserve Jerusalem as a home for both Israelis and Palestinians.

The decision to move ahead with E-1, she pointed out, came as a “retaliatory gesture to the UN resolution” and in the lead-up to Israeli elections, when there was “a lot of political cachet to be gained” from such an announcement. Because of the ill-understood, multi-level process of planning and approvals, such an announcement could be made, and yet, “theoretically, [construction] might never happen.”

On the other hand, she and others said, Netanyahu could agree to freeze settlement expansion for one year, continue with the preparatory bureaucratic steps required, and begin construction of E-1 one year later without any delay in the process.

Much of the infrastructure for a settlement in E-1, including a major road, utilities, and levelling of ground as a preparation for the future neighborhood, was built in 2004 and 2005; as such “if construction gets going at the site, it will proceed far more rapidly than under normal circumstances,” Peace Now, an Israeli NGO, has said.

Regardless of whether construction starts, Hagit Ofran, director of the Settlement Watch project at Peace Now, told IRIN, the bureaucratic steps would bring any future government that much closer to implementation.

What are the implications of starting construction?

The Israeli government argues that the status of settlements will be determined in future peace talks. But many diplomats and rights groups have termed E-1 a “nail in the coffin of the two-state solution”, because it effectively puts a wedge between Palestinian East Jerusalem and the rest of the West Bank, destroying the territorial contiguity of a future Palestinian state.

In the 1990s, when Ma’ale Adummim was first expanding, more than 200 Bedouin families were relocated - some forcibly - further south right next to a landfill near Al Ezariya town. According to OCHA, the move left 85 percent of them unable to practice their traditional herding livelihoods and exposed them to the health hazards posed by the garbage site.

“It was a very painful process,” Lein told IRIN.

Some 2,300 Palestinian Bedouins live in 20 communities in the hills to the east of Jerusalem, in and around the Ma’ale Adummim settlement, within the contours of the Israeli separation barrier. More than 80 percent of them are refugees from what is now Israel and over two-thirds are children, according to OCHA. Ir Amim says around 1,100 of them live within the area slated to become E-1.

Bedouin communities - not only in the area around Ma’ale Adummim, but even more so in the Jordan Valley and other parts of Israeli-controlled Area C - have had their homes demolished and are regularly displaced on the basis that they do not have legal building permits or are living in Israeli military zones.

The Israeli government has long planned to relocate Bedouin living in and around E-1, arguing they are living there without permits. It says their planned transfer (still under legal negotiations) is completely unrelated to the E-1 settlement plan. But observers say their transfer will likely be expedited if E-1 goes ahead. After many objections to the old site near the garbage dump, the Civil Administration has identified a new relocation site next to Jericho.

Forcible transfer of an occupied population is a violation of international humanitarian law. But aid workers fear the communities may “choose” to leave voluntarily, knowing they will soon be kicked out anyway, in order to settle on the best possible land in the new location.

“When you don’t have a meaningful option, even if you agree, it’s not legitimate consent,” Lein said.

An international fact-finding mission on Israeli settlements in the Occupied Palestinian Territory recently found that the effects of settlements go much further, affecting nearly every aspect of Palestinian life.

See IRIN’s briefing on the wider impact of settlements here.