This is the latest step in its transition from more than 20 years as a United Nations news service to an independent news agency. IRIN’s non-profit newsroom puts independent journalism at the service of the millions of people affected by humanitarian crises around the world. IRIN reports from the heart of conflicts and natural disasters to inform prevention and response.

Josephine will lead IRIN’s journalism as it seeks to bring increasingly rare field reporting from crises like Yemen and the Democratic Republic of Congo to wider global audiences.

She brings more than 17 years of international newsroom, op-ed and editorial development experience at The New York Times and has lived and worked in Asia, Europe and North America. She played key roles in establishing and developing The Times’s international editions, leading the selection, production and editing of multilingual, multiplatform content for weekly editions across more than 25 countries. Throughout her tenure at The Times, she held numerous editorial and content development roles, focusing on international coverage with The New York Times News Service and The International Herald Tribune before becoming the editorial lead of its news service and syndication division. In that role, she developed multi-platform content from The New York Times and other leading media companies for global publication. 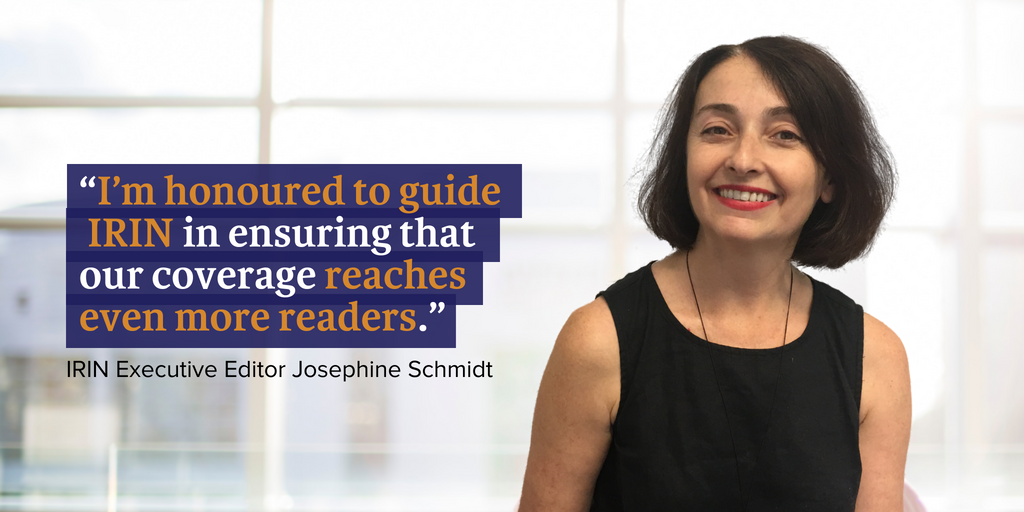 Josephine began her career in non-profit media in post-communist Eastern Europe, where she helped establish the region’s first post-Soviet journalism training centre. She then played key roles in launching and leading Transitions, a website and magazine covering the politics, economy and culture of 27 post-Soviet countries. “The displacement of millions of people and interruption of their lives and livelihoods is one of the biggest stories of this decade—and maybe beyond,” she said. “I’m honoured to guide IRIN in covering everything from the migration and refugee crisis to climate change, and in ensuring that our coverage reaches even more readers. Our in-depth, independent reporting and analysis will, I hope, have a positive impact on the people we cover and whose voices we amplify.”

“Josephine combines world-class editing and journalistic values with international experience, an understanding of non-profit journalism, and an entrepreneurial spirit,” said IRIN Director Heba Aly. “Quality journalism about humanitarian crises has never been more important, and we are confident that Josephine will help grow our impact at this historic time.”

IRIN puts independent, not-for-profit journalism at the service of the millions of people affected by humanitarian crises around the world. Our freely available, digital reporting comes from the heart of conflicts and natural disasters to inform on prevention and response.

What else is new at IRIN?