After years of bloodshed, the southern Philippine island of Mindanao is on the verge of a hard-won peace deal granting greater autonomy to minority Muslims.

But on the edges of sprawling Liguasan Marsh, civilians like Tamano Bandila are bracing for more violence. He fled his home last year, after hearing rumours that militants linked to so-called Islamic State (IS) were near.

“I’m worried that IS will come back and recruit the youth and there will be more conflict,” he said, adding that civilians, again, would be the collateral damage. 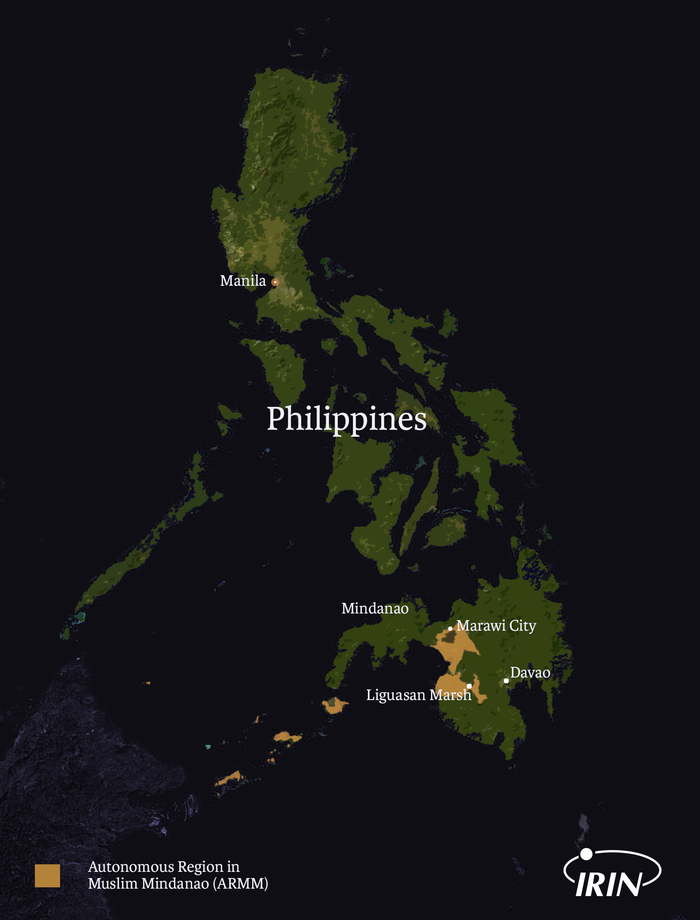 Bandila’s home sits in the middle of a resource-rich marshlands in central Mindanao that is also a stronghold of the island’s largest Muslim armed group – the Moro Islamic Liberation Front. For more than 40 years, grievances among the island’s Moro Muslims have fuelled a separatist movement that has battled the army of the majority-Catholic Philippines.

The backdrop is the spectre of last year’s five-month siege of Marawi, about 120 kilometres north of here, where fighting between the army and Islamist militants levelled the city and uprooted 360,000 people. The destruction both deepened long-held frustrations against the government among Muslims – and raised fears that further missteps in the peace process will only fuel extremism here.

“We are the one who assaults the enemy directly,” said Von Al-Haq, spokesman for the MILF’s military arm.

It’s another turn in the protracted peace process on Mindanao, where the separatist movement has morphed and fractured over decades of instability and collapsed accords.

Waiting in the wings is an array of armed factions opposed to the peace deal – including a new generation of extremist militants who claim allegiance to IS. In June, clashes between the army and insurgents displaced more than 23,000 people in the marshlands, and another 15,000 people elsewhere.

☰      Read more: A who’s who of Mindanao militancy

There are many layers to conflict and displacement in Mindanao, with a range of armed factions, powerful clans, private armies, and paramilitary groups fighting for control on different parts of the island. Here’s a look at a few key players:

Moro National Liberation Front (MNLF): Came to prominence in the early 1970s and carried the banner of pro-independence Moro Muslims on Mindanao for more than two decades. The MNLF originally demanded an independent state, but later settled for autonomy. Factions within the organisation saw this as an unacceptable compromise and broke away, including elements that would go on to form the Moro Islamic Liberation Front. After years of conflict and peace talks with the MNLF, the government created the Autonomous Region in Muslim Mindanao, or ARMM. But critics say the political entity suffered from dysfunctional governance and lacked financial resources and power. Today, the MNLF is divided, with some factions still opposed to the MILF’s treaty with the government, while members of other factions have been included in peace deliberations. MNLF factions reportedly had a fighting strength of 3,000 in 2016, down from an estimated 17,000 two decades earlier.

Abu Sayyaf: An Islamist separatist organisation founded by Abdurajak Abubakar Janjalani, who recruited former members of the MNLF in 1991. Traditionally operating on the islands of Sulu and Basilan to the southwest of Mindanao, the group was responsible for numerous kidnappings, bombings, and attacks on civilians, often targeting foreign nationals. Isnilon Hapilon emerged as the most prominent commander. The group pledged allegiance to so-called Islamic State in 2014, and Hapilon claimed to be the “emir” of IS supporters in the Philippines. In 2017, Hapilon was the target of a military operation in Marawi, which led to the five-month siege that levelled the city.

Maute group: Led by brothers Omar and Abdullah Maute, it grew out of an influential local clan in Lanao del Sur province, in the heart of Muslim Mindanao, and started clashing with government forces. The Maute group declared allegiance to IS in 2014, and its fighters participated in the 2017 taking of Marawi, where both Maute brothers were killed in the subsequent siege. The remnants of the group have scattered and the Philippine army has said they may now be led by Abu Dhar, a former lieutenant to Hapilon. According to the International Crisis Group, the Maute faction previously recruited former MILF fighters.

Clan-based groups: Feuds between rival clans in western and central Mindanao have been a frequent cause of displacement for civilians, adding another layer of complexity to conflict on Mindanao.

New People’s Army: A communist insurgent group formed in 1969, the NPA continues to be active in parts of Mindanao (as well as elsewhere in the Philippines). Clashes between the NPA, the army, and paramilitary units have also been one of the main drivers of conflict and displacement on the island.

“When people are frustrated and the frustration is extreme, then people will go to extreme measures.”

Abu Sayyaf, known for kidnapping and beheading foreign hostages, reportedly pledged allegiance to IS in 2014, as did another group led by brothers Omar and Abdullah Maute. Both Maute brothers and former Abu Sayyaf leader Isnilon Hapilon were killed in Marawi.

“We have to drive them away so that the incident in Marawi will not be repeated,” said Grand Mufti Huraira Abdulrahman Udasan, the highest-ranking Islamic religious figure in central Mindanao, who issued an edict condemning violent extremism during last year’s siege. “We have been permitted by Islam to take a temporary drastic measure in order to quell the violence. Sometimes, only violence can quell violence.”

Many here condemn the newer groups, but they are also quick to add that such extremism is rooted in generations of marginalisation rather than jihadist ideology.

Though Mindanao is believed to be rich in untapped mineral deposits and natural gas reserves, poverty rates in Moro Muslim areas hover over 50 percent – more than double the national average, according to government statistics. And poverty rates have climbed over the last decade on Mindanao, even while falling nationwide.

“These young people are a product of social injustice,” said Hamidullah Atar, a sultan in Marawi – part of the traditional clan leadership structure in the area – who also runs a peace-building organisation called RIDO. “They become more radical and more extreme because of what happens in our society.”

But Atar said successive governments have only ever had a military response to insurgent groups on Mindanao. What’s missing, especially amid the rise of more extremist groups, is a sustained effort to tackle the roots of violence by creating jobs, making education more accessible, and improving people’s lives. He noted that while the army killed the leaders of the Maute group in Marawi, they were quickly replaced.

“Over the past 400 years in Mindanao, militarisation has never been the solution,” Atar said. “They killed the Maute brothers, but now all the subordinates, and all other young people second in line, have now become more extreme than the Maute brothers. So is counter-terrorism and killing them the solution?”

Sky-high expectations surround the MILF’s peace agreement with the government. Yet local community groups worry that in practice, the resulting law will be stripped back from what was originally negotiated in 2014.

“There’s still a lot of mistrust toward the Manila government,” said Carlos Conde, a Manila-based researcher with Human Rights Watch.

“Civil society groups, Muslim groups, are trying to build this bridge and remove this distrust. But it’s difficult when you take into account the fact that the Muslim region… really doesn’t have anything significant to show after all these decades.”

Proponents of the peace accord say it’s a starting point for disaffected Moro Muslims, giving a better chance for local leaders to improve lives over the long-term. But for now, militancy continues in Mindanao despite the peace deal, leaving civilians trapped in the middle.

“We are already so tired of moving from one place to another...,” Usop said. “I don’t think we can survive another displacement.”