In the six years since a separatist rebellion broke out in northern Mali in January 2012, armed groups in West Africa’s Sahel region have grown considerably in both number and the complexity of their ever-evolving relationships with one another.

Some of Mali’s armed groups signed a peace accord in 2015. But implementation of its provisions has been very slow, while insecurity - especially in the central region - continues to deteriorate with the emergence of new jihadist elements, which are also active near the borders in Burkina Faso and Niger.

Meanwhile, in Nigeria and some of its neighbouring states, Boko Haram is still causing havoc almost a decade after it started its insurgency. 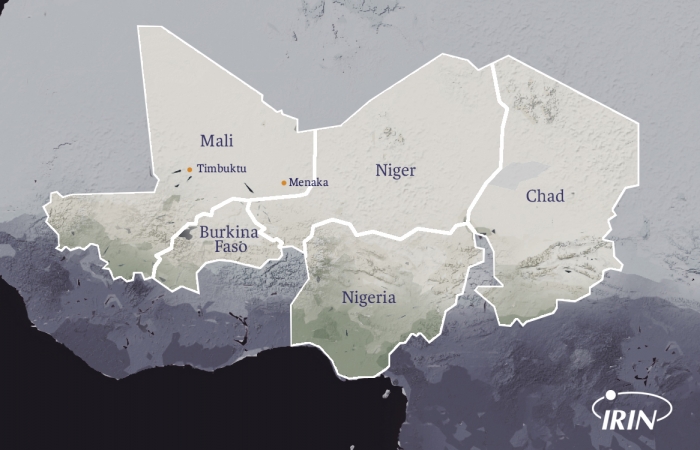 Here’s a brief overview of the key non-state armed actors in the region:

Signatories to Mali’s 2015 peace accord

A loose coalition of former rebel movements with shared interests, such as self-determination (full independence is no longer on their official agenda). Azawad was the name given to the short-lived and unrecognised state in northern Mali in 2012 by the separatist Mouvement National de Libération de l’Azawad (MNLA). The CMA also includes the Mouvement Arabe de l’Azawad (MAA), and the Haut Comité pour l’Unité de l’Azawad (HCUA).

This is a diverse range of nominally pro-government groups, which purport to defend Mali’s territorial sovereignty and sometimes fight alongside the regular army. They also have their own individual interests.

The Platform comprises the Groupe d’autodéfense touareg Imrad et alliés (Tuareg Imrad Self-defence Group and its Allies, or GATIA), a branch of the MAA, and the Coordination des mouvements et Front patriotique de résistance (Coordination of Movements and Patriotic Resistance Front, or CM-FPR).

Since the peace accord was signed, clashes have frequently broken out between the two camps, delaying the deal’s implementation, worsening the plight of civilians, and playing into the hands of jihadist groups.

In 2016, CMA and Platform members were implicated in 174 cases of abuses against civilians, and a further 72 in the first quarter of 2017, according to the human rights division of the UN stabilisation mission in Mali, MINUSMA.

Tensions eased somewhat between two camps after they signed a ceasefire in September 2017.

Former rebels unhappy with the way in which the CMA is handling the peace process, especially its emphasis on the Kidal region and the Ifoghas confederation of Tuareg clans, have formed several new entities based on geography and community.

The exclusion of these new groups from some mechanisms of the peace process, despite their military strength and the portion of the population they represent, calls into question its relevance, given that the context it was signed in has since changed so significantly.

In early February 2018, GATIA said it was impossible for the terms of the peace accord to solve Mali’s crisis in its current form, and called for inclusive dialogue on all of the deal’s shortcomings.

Jamaat Nosrat al-Islam wal-Mouslimin (Group for the Support of Islam and Muslims, JNIM or GNIM).

In March 2017, the main jihadist groups in the Sahel – Ansar Dine, the Macina Liberation Front, Al-Mourabitoun, and the Saharan branch of Al-Qaeda in the Islamic Maghreb – announced they had formed an alliance under the banner of this new entity.

JNIM bills itself as the official branch of al-Qaeda in Mali. As such, it consolidates that group’s presence in the Sahel and puts Sahel players, especially Ansar Dine, firmly on the global jihadist map. Since the alliance was formed, “terrorist groups [in Mali] appear to have improved their operational capacity and expanded their area of operations [leading to] an increase in the number of casualties owing to terrorist attacks,” UN Secretary General António Guterres wrote in his latest update to the Security Council on 26 December.

Al-Qaeda in the Islamic Maghreb (AQIM)

Ten years after its inception as an offshoot of the Groupe Salafiste pour la Prédication et le Combat (Salafist Group for Preaching and Combat – GSPC), which itself emerged from Algeria’s Groupe Islamique Armé, AQIM has increasingly made its presence felt, especially in some areas around Timbuktu and the far north of the country, where the leaders of some of its cells have spent years forming alliances with the local population.

“The aim of building these bridges is to make it so that our Mujahedeen are no longer isolated in society, and to integrate with the different factions, including the big tribes and the main rebel movement and tribal chiefs,” AQIM leader Abdel Malek Droukdel wrote in a document discovered after the jihadists were chased out of Timbuktu by French troops in 2013.

The scarcity of foreigners in northern Mali these days has reduced AQIM’s income from kidnap-for-ransom, but the lawless region continues to offer rich pickings from all sorts of trafficking, including of people and narcotics.

In the past, Mali’s Tuaregs were seen as a bulwark against AQIM and Islamic extremism in the north. Founded in 2012, Ansar Dine is proof that those days are over. Its leader, Iyad Ag Ghali, was a key a player in the Tuareg rebellions of the 1990s but has since been radicalised, and his group took the helm of JNIM in 2017.

Even though Ansar Dine has caused an increasing number of civilian casualties in its offensives, a “conference of national understanding” held last year recommended that negotiations be held with Iyad Ag Ghali (and other Islamists), but no such talks have yet taken place. For its part, France has ruled out any such discussions with “terrorists”, and its regional Operation Barkhane attacked an Ansar Dine base in mid-February, killing a close associate of the group’s leader.

Islamic State in the Greater Sahara (ISGS, or French EIGS)

ISGS was formed in 2015 by the spokesman for the now-defunct Mouvement pour l'unicité et le jihad en Afrique de l'Ouest (Movement for Unity and Jihad in West Africa, or MUJAO) and the following year gained recognition from the self-styled Islamic State group as its official branch in the Sahel.

The group is active in the region where the borders of Mali, Niger, and Burkina Faso meet. It has fought international forces and some local armed groups. It gained considerable publicity with its October 2017 attack on a unit of US and Nigerien special forces in which five Nigeriens and four Americans were killed.

Founded in northern Nigeria in 2002, Boko Haram (full name: Jamā'at Ahl as-Sunnah lid-Da'wah wa'l-Jihād – Group of the People of Sunnah for Preaching and Jihad) developed into a violent insurgency in 2009. As well as Nigeria, Boko Haram also operates in northern Cameroon, Niger, and Chad. The insurgency has claimed at least 25,000 lives and forced more than 2.5 million people from their homes.

Although the Nigerian army has dislodged Boko Haram from much of the territory it claimed as a caliphate in 2014, the group continues to launch attacks against civilians, government officials and troops.

In 2015, Boko Haram leader Abubakar Shekau pledged allegiance to the head of so-called Islamic State, Abu Bakr al-Baghdadi. But a year later, IS named Abu Musab al-Barnawi – son of Boko Haram founder Mohamed Yusuf – as the leader of its “West Africa province”. Al-Barnawi has been critical of Shekau’s position, that only Boko Haram followers are true Muslims, thereby legitimising attacks on civilians. The split led to fighting between the two factions. Boko Haram has also been weakened by the food crisis in the northeast that it helped generate, but it remains far from defeated, despite recent military offensives on its strongholds in the Lake Chad and Sambisa Forest regions.

This Burkina Faso-based umbrella group of jihadist fighters came to prominence in December 2016, when it claimed responsibility for an attack on a military base in northeastern Soum Province that killed 12 members of a counter-terrorism unit. Since then the group has been implicated in – or itself asserted responsibility for – dozens of attacks on civilians or state and military personnel. Ansarul Islam leader Ibrahim Dicko is said to have previously fought in the ranks of a jihadist group in neighbouring Mali, the Movement for Unity and Jihad in West Africa (see above).Despite its name, the group “is as much a social uprising as it is a religious movement,” according to a recent International Crisis Group report on Burkina Faso.

As well as hardcore jihadism, the ingredients of this region’s conflict dynamics also include long-standing and often violent rivalries, trafficking, and self-defence activities. Jihadist groups such as ISGS include in their ranks numerous members of Niger’s Fulani community, which has long been in conflict with Tuaregs in Mali.

“Jihadist violence often intertwines with local intercommunal tensions related to competition over natural resources and trafficking, making it difficult to distinguish the real nature and motives of many incidents,” the International Crisis Group wrote after the October Niger attack.

The rivalry between IS and Al-Qaeda seen elsewhere in the world seems to be absent in the Sahel, where, according to the UN secretary-general’s report, JNIM and ISGS are reported to be “operating in parallel and possibly cooperating”.

Moreover, the lines between former separatist insurgents and jihadist groups are also blurred. Late last year, the then head of the Mali contingent of France’s regional Barhkane intervention force spoke of the “collusion” between some members of groups that signed the 2015 peace accord and “armed terrorist groups”.

After France’s military Operation Serval dislodged jihadist groups from northern towns in Mali, many of the groups’ members re-emerged in new guises: some from Ansar Dine joined the nascent HCUA, which is now an important player in the CMA coalition. Some MUJAO members are now among the ranks of the “loyalist” wing of the MAA.

The blurring of supposedly separate groups of non-state actors takes on added importance when you consider the aid France gave the MNLA to help in the fight against jihadist groups.

Nevertheless, deadly animosity prevails, and former rebels are paying the price for entering into the peace process – many have been assassinated. On 18 January 2017, dozens of people were killed in a suicide attack – claimed by al-Mourabitoun – in the central town of Gao. The attack took place inside a camp housing both government soldiers and members of signatory armed groups working together under the Operational Coordination Mechanism created by the peace accord.