It was an unusual day in Freetown, a West African city that loves to be loud. For three long minutes yesterday, it was eerily quiet.

At 11 o’clock at the Lumley roundabout, one of the busiest areas in town, taxis were stationary and vendors halted their hustling. Dollar boys stopped shouting their rates and, for once, the stereos blasting Nigerian Afrobeat music were switched off.

The reason was a commemoration. A year ago, on 7 November, Sierra Leone was declared Ebola-free. The virus had killed 3,580 people and terrorised the nation for 18 months. The three-minute silence was organised by the government to remember those who lost their lives.

It had never been done before. Not even to mark the end of the brutal civil war against the hand-chopping RUF rebels that killed some 50,000 people.

But Ebola is different. Despite the relatively small number of deaths, the trauma – the intimate impact of the virus on families – magnified the fear and the wrenching suffering.

For Ishmael Jalloh, who works as a driver for the UN Development Programme in Freetown, yesterday was a difficult day. In September 2014, he had received a devastating phone call: “Ishmael, your younger brother – Opoto – is not feeling well.”

One year after the eradication of Ebola in Sierra Leone

Jalloh, who was not able to leave Freetown because of a national lockdown enforced by the government, asked what was wrong. Nobody knew. After three or four days, Opoto died.

“They hid that information from my mother. She kept asking ‘where is my Opoto, you people?’. But by that time he was already dead.”

His mother also fell ill but never spoke to anyone about her sickness. “After three days she was also gone. Then my uncle Abu fell sick. After a few days, he was gone.”

Next followed his younger sister, several of his friends, and most of the family of his mother. Jalloh lost 18 family members in the early stages of the outbreak.

Alaji Samura, a commercial ‘Okada’ motorbike rider from Bottom Mango Tree in Freetown, lost his wife, children, and sister to the disease. He still misses his wife terribly. “I don’t feel good, because since I grew up, that one took care of me. We were together since then. When I see the three of them (his surviving children), I really don’t feel good.”

It was with people like Jalloh and Samura in mind that Yvonne Aki-Sawyerr – the head of the President's Delivery Team for Transition and Recovery – came up with the idea of organising a national ceremony. She felt it was important for the country to grieve in a formal way.

“It really struck a chord in me. All over the country there are people with the same situation. They have not had closure.”

When presidential approval was given, Aki-Sawyerr’s team only had a few days to organise a national ceremony. 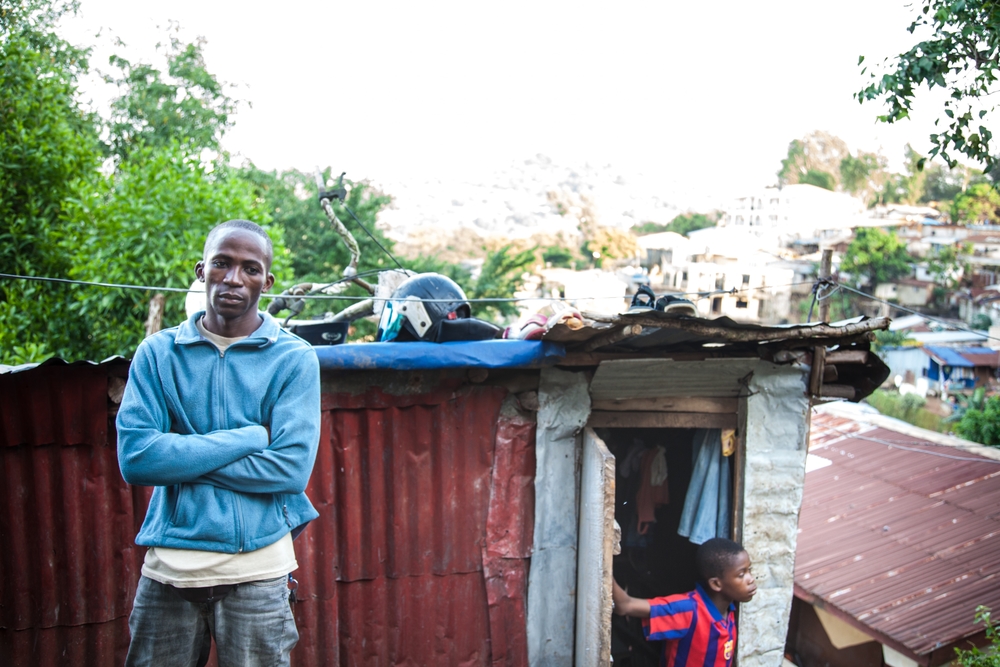 It would be a challenge anywhere – but a much bigger challenge here in Sierra Leone. Newspaper readership is tiny, transport links are poor, and very few people have access to a television, so most information is spread either through local radio or word of mouth.

“Everyone dropped what they were doing to get the word out there,” said Aki-Sawyerr.

Mobile phone companies agreed to send out text messages, radio stations from Freetown to Makeni in the north aired radio jingles and government WhatsApp groups went into overdrive. Last weekend, both imams and pastors talked about the importance of the commemoration with their congregations.

“It is not going to be perfect,” said Aki-Sawyerr, when IRIN spoke with her the night before the ceremony. “I live under no illusion.”

Moses, a traffic warden stationed at Congo Cross saw little chance of success: “No way I will be able to stop the taxis if they don’t want to stop.”

But against all expectations, Aki-Sawyerr’s team managed to pull it off. At 11am sharp, in the heart of Freetown and on the main beach road, people stopped whatever they were doing and the city fell silent.

For Samura, the three-minute silence was a challenge on many levels. He doesn’t like to think about his loss, preferring to focus on the present. “I can’t stop running [my bike] at that time [of the silence],” he said, “it won’t help me.” 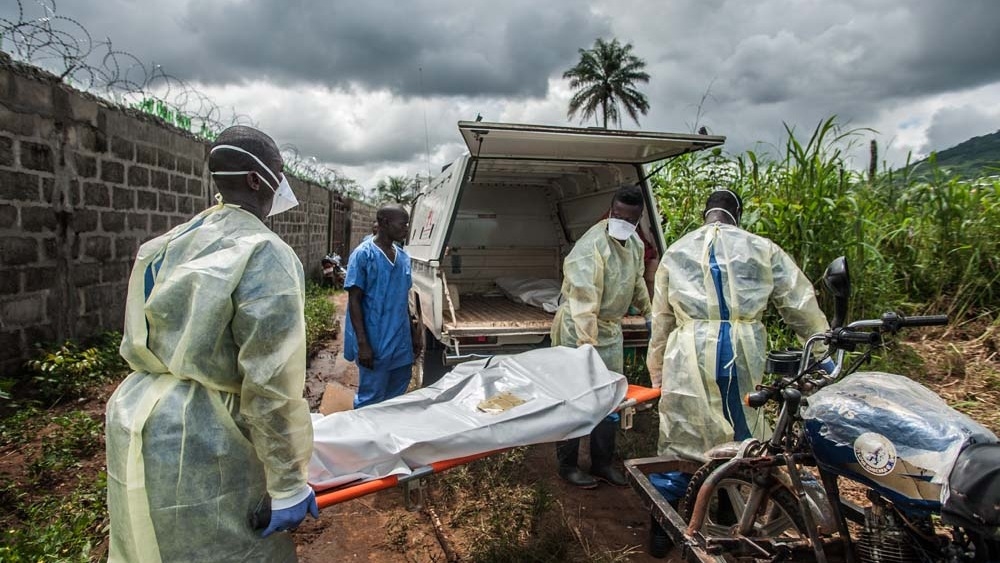 “I am an ‘Okada’ driver, and all I make on the streets is going to my children,” he explained. “I face a lot of constraints … Only God helps me.”

He gets out the burial certificates of his wife and sister, given to him by the hospital. “Since that day, all the people abandon me. Even the toilet we use, they [shun it].”

Jalloh was also slightly dismissive. “I thank God that all of us are going to reflect on Monday. But what will the three minutes do for me really? Nothing.”

After the death of his family members, he was left to care for the children of those who passed away. “My problem is not sitting down and thinking about what happened, but how to take care of these children. It is what happens after the three minutes that worries me.”

Some services, albeit limited, are available. Under the President’s Post-Ebola Recovery Priorities, the government is working to provide survivors with free healthcare, and other development agencies are providing cash transfers for Ebola survivors.

But most of these services are focused on providing care for survivors of the disease, not for surviving family members, even if they are now looking after those that lost all.

The obvious signs of the Ebola outbreak have disappeared. The buckets of chlorinated water used to disinfect hands have gone from the streets of Freetown; the emergency treatment centres have been dismantled.

The National Ebola Recovery Strategy is trying to improve Sierra Leone’s health services by establishing new facilities, training personnel, and ensuring compliance with infection protection and control standards – although it is a long road to travel.

Sierra Leone is moving on. Yesterday, Jalloh and Samura did observe the silence, but then went home to be with their families.

“We called our people. We sat together. We asked God, ‘come eat’,” Jalloh told IRIN. “That’s the way we remember our people today.”