In 2006, northern Uganda was nearing the end of the brutal Lord’s Resistance Army insurgency. Some 1.8 million people had been displaced and tens of thousands kidnapped, mutilated or killed. Ten years later, the region appears rejuvenated: a bustling trade and business centre with buildings shooting up and a renewed sense of optimism. However, scratch beneath the surface and you find an unequal recovery and plenty of hidden scars.

“The economic boom in northern Uganda is only in the hands of a few, who were not perhaps adversely affected by the war,” said Joyce Freda Apio, a Kampala-based transitional justice expert.

“But the real victims are the many who are in dire need of even finding what they need to eat on a daily basis, let alone school fees for their children.”

The LRA – notorious for killing and maiming civilians and abducting women and children for use as sex slaves and fighters – has not operated in the north, its Acholi heartland and original base of support, for a decade. Key to ending the horror was a landmark truce agreed with the government in 2006.

But the violence is not over. Rebel chief Joseph Kony is still at large and wanted by the International Criminal Court. Small bands of his forces remain at large, killing, kidnapping and looting in neighbouring Central African Republic, the Democratic Republic of Congo and South Sudan.

Last month’s opening of a confirmation of charges hearing at the ICC against former LRA commander Dominic Ongwen stirred old memories and provided an opportunity to take stock.

Progress you can see

The north was at war for almost 20 years – a conflict that left the region prostrate. In assessing the peace dividend, the government points to its record of rebuilding – from social services to infrastructure projects like roads and communication networks – and of consolidating peace, including resettlement and reintegration programmes for conflict-affected communities.

“We have seen steady progress and development in northern Uganda,” Prime Minister Ruhakana Rugunda told IRIN. “The region is in a development phase and on course to full recovery. The government will continue to commit resources to ensure it fully recovers from the war.”

And the signs are there to see. The diaspora community now has the confidence to invest its money at home, helping to grow the local economy. There is a visible presence of foreigners, notably Chinese and Indians running businesses in the region. Trucks carrying merchandise and buses plying the route to South Sudan clog the roads, and growing numbers of people are buying livestock to replace their rustled cattle, as well as oxen and ox-ploughs to till their land.

At the height of the conflict, travelling to the northern town of Gulu required a military escort. Every evening children would arrive from the outlying villages to sleep in the public buildings for fear of abduction. Now children are back in school learning, health clinics have reopened, and the town is full of bars and hotels. Nighttime is now about entertainment rather than dread.

Who is missing out?

But some believe behind the façade of growth is a more disturbing story of inequality and unfulfilled promises – especially for the internally displaced people who lived in camps at the height of the crisis but returned to their areas of origin at the end of the fighting.

“Support for recovery and development in areas to which IDPs have returned has been insufficient,” noted an Internal Displacement Monitoring Centre report. “Returnees have faced continuing difficulties due to inadequate basic services and limited support to rebuild their livelihoods. The return process has been marred by land conflicts, sometimes leading to violence.”

Gulu resident, John Ono, told IRIN that all the progress and development you can see is really only in the urban areas.

“People in the rural areas still live in poverty,” he said. “Remember that they [the war victims] were not given resettlement packages when they were leaving the [IDP] camps. These people still use hand hoes for tilling their land instead of modern farming methods.”

The IDMC report echoed Ono’s concerns about the precarious conditions for these subsistence farmers. It also found that years of war and camp living had eroded the traditional Acholi commitment and capacity to care for vulnerable members of the community. 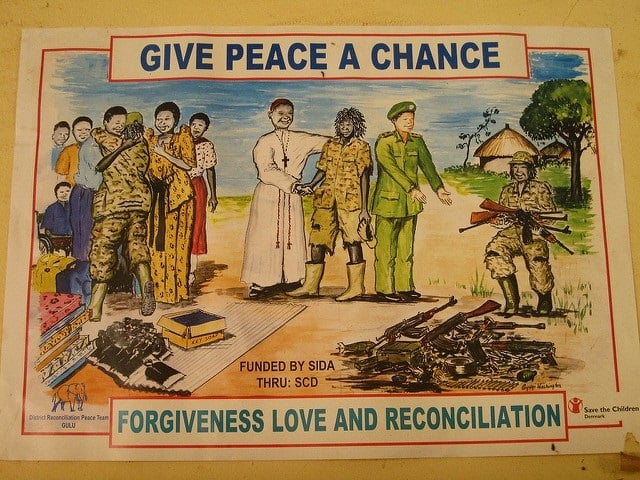 The Advocacy Project
Give peace a chance

“The trajectory of recovery in northern Uganda looks good, but is far from satisfactory,” Jackson Odong, manager of the National Memory and Peace Documentation Centre, Kitgum, told IRIN. “Victims and survivors still grapple with serious mental health and psychosocial challenges and are unable to engage in productive ventures. For many, the war still continues in their minds despite the guns falling silent.”

According to a UN Development Programme report, the comprehensive $606 million peace and recovery plan launched by the government in 2006 has helped transform the region.

But the report also highlights key challenges that remain: high poverty levels; the growth gap between the north and the rest of country; the large numbers of war-affected vulnerable people. It also warns that growing youth unemployment and disputes over land and natural resources are potential conflict drivers that could upset the recovery.

“Buildings and increased trade are not enough,” Nyeko Oryem of the Justice and Reconciliation Project told IRIN. The “recovery has to address the systemic causes of the conflict to truly affect people’s lives and prevent conflict from taking place again.

“This would mean holistic transitional justice – institutional reform, public criminal accountability, reparations, truth-telling – all of which has not taken place on a national scale.”

Rugunda, the prime minister, insists that the government is aware of the challenges. “Northern Uganda will remain a priority focus for our development interventions. More resources will be devoted for full recovery,” he told IRIN.

But the region’s recovery involves more than just assets and development.

The trial of Ongwen – head of one of the four LRA “brigades” – is raising uncomfortable questions for the community and the government over impunity, acceptance and restitution.

“Healing is a process, it takes time depending on the depth of impact on each individual,” said Apio, the justice expert. “While a few could have moved on, the bulk of the victims of the LRA are still in pain and haunted by the more than two decades of war.”

Children born in LRA captivity and their abducted mothers still face stigma. A recent report by the Justice and Reconciliation Project, “We Are All the Same”, found these children fear to tell their peers about their backgrounds and struggle to deal with the traumatic experiences they faced while in the bush.

“The scars are still there for former ‘wives’ of former LRA combatants and their children who are being rejected by their maternal uncles,” John Muto p’Lajul, from Kitgum district, told IRIN. “The wives cannot get stable relationships any more, while their children are growing up without land to inherit and settle in. This is a big issue.” 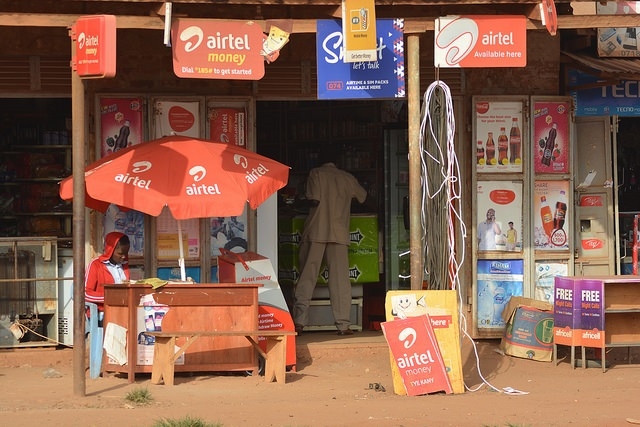 WorldRemit/Flickr
Gulu is open for business

According to Oryem of the Justice and Reconciliation Project, “for true reintegration to take place, both the mothers and the children need to be specially involved and given opportunities to have their voices heard.”

The appearance of Ongwen at the ICC has re-opened the debate about selective prosecution and the lack of proper accountability for the atrocities committed by both sides during the war, including the government’s counter-insurgency operations.

“At every single community and civil society meeting I have attended since Dominic Ongwen was transferred to The Hague, people have brought up the question of accountability for state-led atrocities and the failure of the government to protect civilians,” said Oryem.

Apio agreed, telling IRIN: “We want full accountability for the atrocities, where both parties involved in the conflict have to account. Therefore, the absence of accountability from the UPDF [Uganda People’s Defense Force] side will always remain an issue if not addressed.”

Only Ongwen and Thomas Kwoyelo, a mid-level LRA commander, face justice, while other rebels have benefited from the government amnesty, which applies to any combatant abandoning the group apart from Kony and four top commanders indicted in 2005 by the ICC for war crimes and crimes against humanity.

“People don’t understand why Ongwen is potentially being punished while others they view also as perpetrators – both LRA commanders and government soldiers – appear to walk free,” said Oryem.

“Many survivors still live with injuries and trauma," he noted, "or haven’t received compensation for their losses or lack the skills and education necessary to lift themselves out of the situations the war placed them in.”