With additional reporting by Rachel Harvey and Andrew Gully

It was on two of the last days of April 2014 that Tom Catena heard what sounded like a lawnmower and saw what looked like a giant model aeroplane in the sky.

It was a surveillance drone. Bombs would soon be falling around the Mother of Mercy hospital, where he worked. Amal, who had lost her left foot in an earlier artillery attack on her village not far away in the Nuba Mountains region of Sudan’s South Kordofan state, was a patient at the time.

“Everyone evacuated the hospital,” she told IRIN. “They left me alone. I was stuck in my bed. What could I do? Just cry.

The doctor crawled under Amal's bed until the bombing raid was over. There were no casualties, but hundreds of patients fled to the bush, caves, or nearby mountains, forfeiting the health care they originally sought. 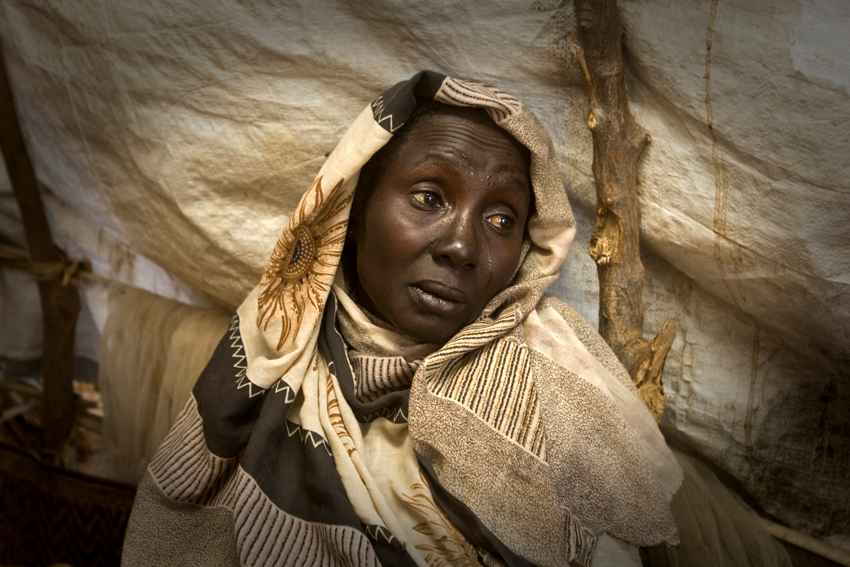 Giovanni Diffidenti
A woman cries at the news of the death of her son, Najamadin, 22, killed by government soldiers

South Kordofan has been in a state of conflict for decades, sitting as it does along the border between Sudan’s largely Muslim and Arab north and its Christian and animist African south. When a peace agreement was signed in 2005, a temporary calm returned to the region and some 170 health clinics became operational.

But after a resumption of violence in 2011 – bombs now fall daily – only an estimated 40 to 50 clinics remain, many barely functioning. 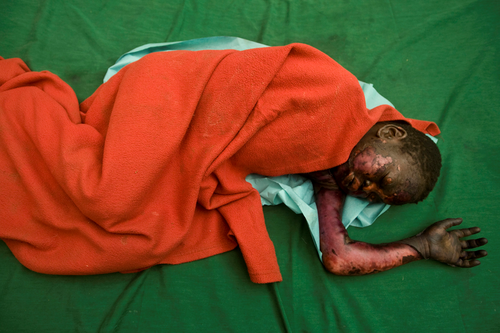 Catena is under no illusion how important his hospital – run by the Roman Catholic Church – is to the people of South Kordofan, who are under constant siege from a Sudanese military that doesn't always discriminate between rebel and civilian.

The Mother of Mercy is the only hospital in the Nuba Mountains region with comprehensive services and Catena is the only surgeon trained to perform surgeries on severe war injuries.

“Psychologically, it would be a huge blow if we stopped working here," he told IRIN. "We're not leaving. We're going to stay here and keep doing our job."

The hospital has averaged a patient intake of five times its official capacity since the war began in June 2011, now serving 150,000 people a year. Catena, a Catholic missionary doctor from the United States, has personally performed thousands of life-saving surgeries.

In the two months following the attack on the Mother of Mercy, three more health facilities in South Kordofan were bombed, including those run by Médecins Sans Frontières‎ (MSF) and German Emergency Doctors (GED). The same MSF clinic was bombed for a second time in January 2015, prompting the French-founded medical NGO to stop operations in the country soon thereafter.

MSF explicitly named the Sudanese Armed Forces as being responsible for the bombing and called on President Omar al-Bashir’s government to “respect the assistance brought to the population.”

But asked whether the government would allow NGOs to freely go about their work in South Kordofan, government adviser Rabi Abdel Atti insisted: “There is no obstruction of humanitarian activities.”

Reports from the ground suggest that the aerial bombardment of civilian areas in South Kordofan is commonplace. Some 4,000 bombs have fallen on civilian areas since April 2012, three or four a day on average, according to Nuba Reports. 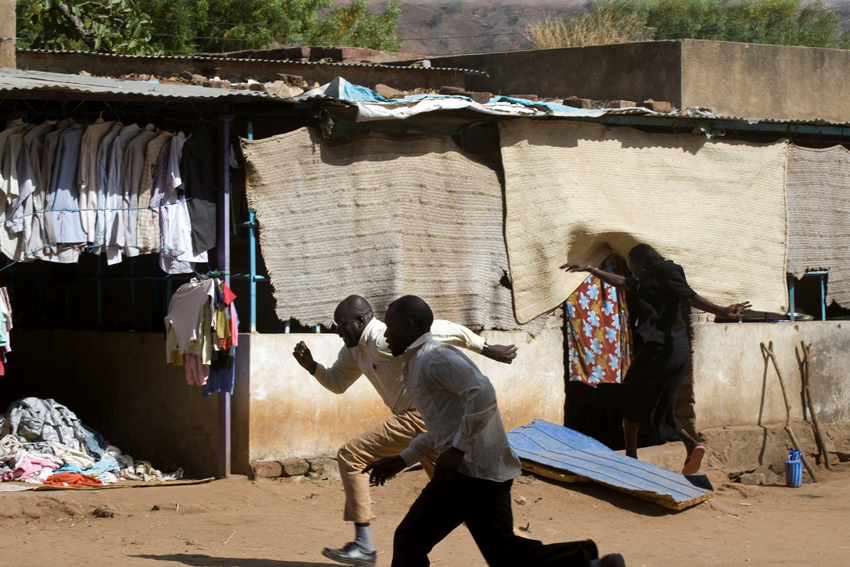 “You learn to live with it,” reflected Mirja Hommel, a lab technician at GED, one of the few international organisations still operating in the region.

Hommel explained how the sound of an aeroplane overhead had changed in meaning over time.

“In the past, they would circle before they dropped bombs,” she told IRIN. “Now they come and they just drop. Now if you hear a plane… you better head for the nearest foxhole.”

Foxholes, deep pits dug in the ground that serve as bomb shelters, can be found near almost every civilian structure in the Nuba Mountains. 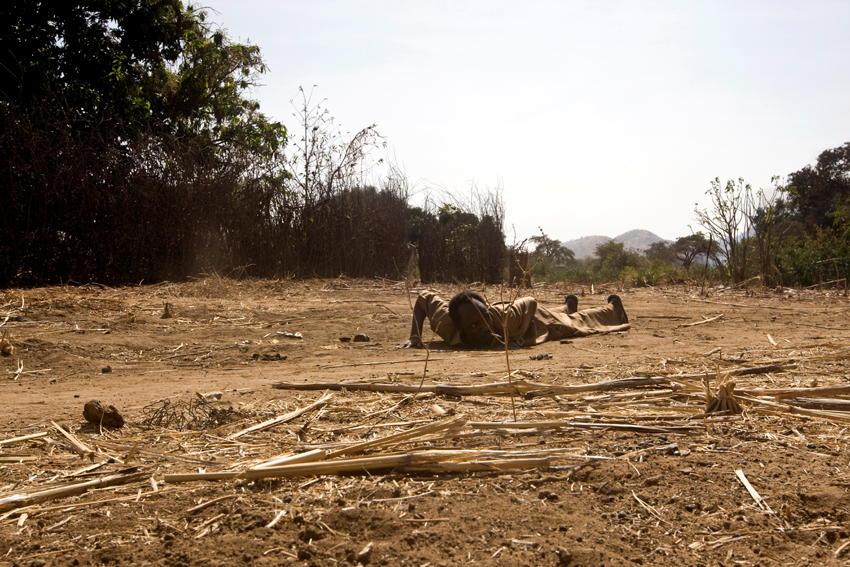 “It just becomes a natural thing... If they bomb today, the following day we go back to work,” Kamal Malak, health coordinator at the Nuba Relief, Rehabilitation and Development Organisation (NRRDO), a local NGO, told IRIN.

In February, two bombs hit an NRRDO clinic, wounding a man who had accompanied a patient seeking care, and damaging parts of the facility. Operations were able to resume shortly after the bombing, and the man received treatment.

The Sudan People’s Liberation Movement-North (SPLM-N), the rebel group in control of much of South Kordofan, has established its own administration in the territory it controls, including a ministry of health whose staff work closely with local NGOs to provide care.

Many local NGOs are labelled rebel supporters by the government due to their open policy on provision – including a willingness to treat insurgents and their supporters.

Staff often put themselves at risk by travelling to remote clinics, making themselves vulnerable to attack by government forces. The lack of access to these facilities also affects medical supplies, a problem compounded by the lack of funding. 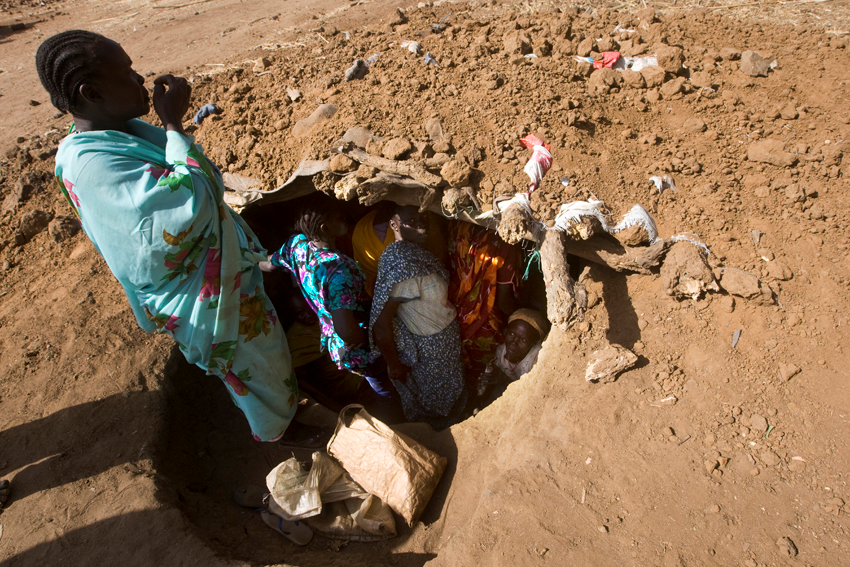 A group of women inside a foxhole after a bombing raid

Essentials such as anti-malarials, antibiotics, and anti-diarrhoeal drugs are all in short supply, as is equipment for minor surgeries. Food for malnourished children is also in high demand. After a shipment of drugs is purchased in Nairobi, it often has to pass through Lokichogio in northwest Kenya, Yida refugee camp in South Sudan, and the South Sudanese capital Juba.

The many stops, checkpoints, and poor condition of roads make this route unreliable for delivering large shipments. Sometimes the security situation, or even an ambush, means vital supplies don’t make it through.

“There’s nothing you can do about it,” Hommel said. “You have to wait until the next shipment comes.”

Catena's attitude after the attack on the Mother of Mercy hospital was similarly patient and resilient.

“Personally, I don’t see any difference from before this bombing started to today,” the doctor said. “We’re just going to keep on going ahead and do what we’re supposed to do. Our role is fairly easy and straightforward. If people are sick, we take care of them.”