This article is part of our in-depth coverage. Read more like this...
Over the past six months, IRIN has intermittently followed life in the herding communities of the drought-stricken Sahel region. This is the second in a three-part series on those herders and their families, who are coping with the impact of the worst ‘lean season’ in years. Read part one here, and part three here.
NAMAREL/Senegal

Fatimata Abdul Ba, 40, spent most of the last year away from her home and family. Water and pasture where her animals could graze were in short supply near her village in northern Senegal’s Podor County, and she was forced to move almost 300 kilometres as grassland for the family's herd of cattle, sheep, and goats dried up.

“At one point we spent 24 hours at a borehole with no water,” she says, now back in her village, Namarel, after journeying to the eastern Tambacounda region.

As the Sahel emerges from its worst “lean season” — the period between harvests — in years, the consequences have been particularly devastating for herders in Chad, Mauritania, and Senegal, with those in Burkina Faso, Mali, and Niger also facing hardships.

In Senegal, herders struggled to find water, while a lack of pasture for animals to graze on forced them to rely on increasingly costly manufactured feed. At the same time, livestock prices dwindled, and animals fell sick after being forced into small, concentrated areas around the remaining sources of water.

None of this was unexpected, according to analysts and the herders themselves. Hardships could have been eased, if not partially averted, if early warnings that came more than a year ago had been heeded, aid officials say. But information delays kept many donors and NGOs on standby as they waited for projections to be confirmed, while some locals and aid officials say the Senegalese government did not sufficiently communicate the urgency of the situation.

“It was totally dry” in Senegal’s Podor County last September, says Alexander Orenstein, who monitors drought risk for NGO Action Against Hunger (ACF). “Where there should have been grass past knee height, it didn’t reach beyond people’s toes.”

UN agencies now estimate that almost six million people in the Sahel faced severe food shortages during the lean season between June and August. Half of them depend at least in part on income from raising livestock.

As early as March, IRIN learned of boreholes in Senegal drying up and water pumps breaking down because of strain from months of overuse. Things worsened as the lean season continued: the majority of herders say May was the hardest month. Even the first rains on 27 June brought more damage than help, as they were accompanied by unseasonably cold winds that killed tens of thousands of animals in a single day.

ACF uses satellite imagery to monitor pasture growth that helps identify areas of concern across the Sahel. It published data last September pointing out the areas at risk, and called for rapid assessments and stocks of animal feed.

At the same time, a joint bulletin by the UN’s Food and Agricultural Organization (FAO) and the World Food Programme (WFP) for August-September 2017 highlighted the areas at risk of running low on crops and pasture for grazing.

In ACF’s final alert following the end of the rainy season last October, which also corresponds with the end of annual pasture growth, it concluded that “state and humanitarian actors need to begin preparations to mitigate the effects of the oncoming lean season”. It noted severe pasture shortages in Mauritania, Senegal, and Chad, and warned about “a strong possibility of an early, prolonged, and difficult 2018 lean season”. This was followed by a call to action from a handful of multilateral agencies, NGOs, and regional associations, all noting the “gravity” of the situation and urging a common response.

The regional response to help protect the livelihoods of herders “should have been textbook,” one humanitarian worker tells IRIN, referring to a plan that combines cash transfers for herders; distributing feed and vaccinating the herd; and rehabilitating water systems.

When aid arrived, it was largely along those lines. The WFP in Senegal distributed three rounds of food vouchers from July to September after funding was released by the United States Agency for International Development (USAID). The FAO provided animal feed and vaccinations.

But many argue that these interventions came too late to have any meaningful impact on the situation.

“The feed from FAO arrived in August and September, but the crisis was between December and July,” says Mariam Ndiaye, the administrator of a herders’ association in Namarel. By the time food stocks were delivered to some areas, they were no longer required because rains had come and the animals who had survived the lean season were grazing in new pasture.

The story was similar in the response to shortages of food for people living in the herding communities. Noël Marie Zagré, regional nutrition adviser at UNICEF, tells IRIN that it can take up to three months for malnutrition treatment, including therapeutic foods, to reach beneficiaries after an aid agency makes a decision to distribute it.

Amadou Siley Sow, a shepherd from Feter village in Podor County, made it through the lean season. But he can attest to the seriousness of those early warnings. Like Fatimata in Namarel, he spent the season on the move, travelling ever further from home with his young family as grass ran out along the way. He spent several months stationed 15 kilometres from a borehole, in an area where pasture was available; the 30 kilometre daily round trip for water took its toll, and he lost hundreds of animals.

“Even the donkeys died,” he says. But for him, the biggest difficulty was the skyrocketing cost of animal feed combined with the low price he could get for his sheep. That all left him significantly poorer than he had been at the beginning of the season.

“Nobody came to help,” Sow says. “The government promises things for us every year but nothing ever comes of it.”

He continues: “Politicians are liars! I won’t be voting in the presidential election next year.” 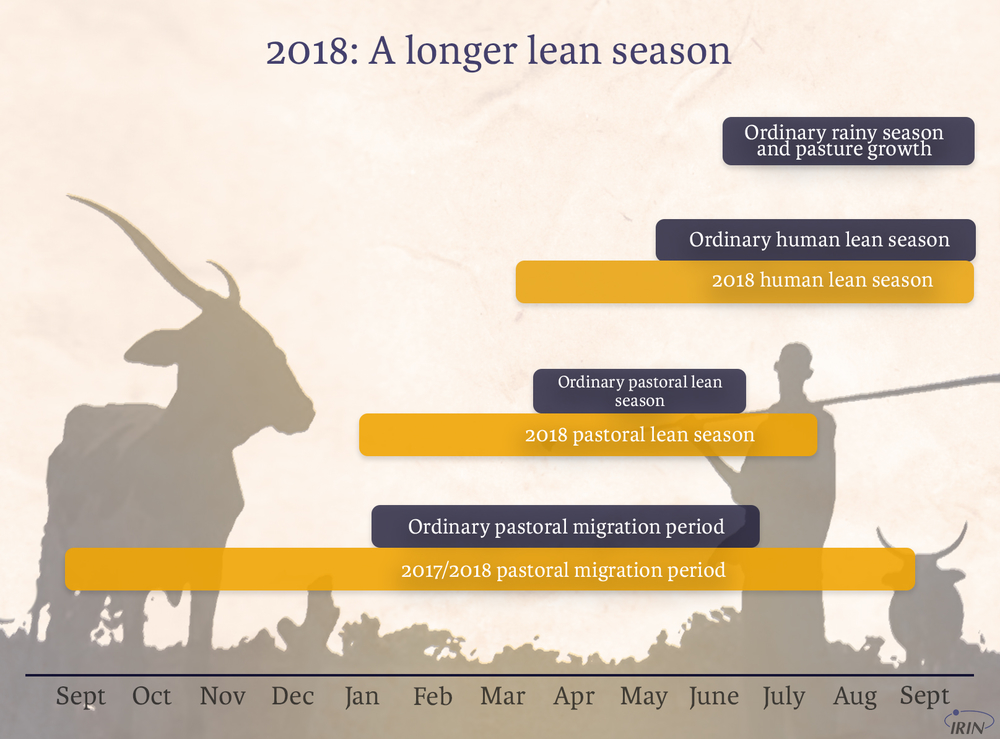 In April, the Senegalese government issued an announcement stating that certain zones were at risk of severe food shortages. It did not declare a crisis – a categorisation that some NGOs say would have helped to raise funds for a timelier response to the warnings and perhaps alleviated some of the hardships faced by herding communities.

Before that, in January, a government delegation reporting to the prime minister’s office visited Saint-Louis and Matam – the two regions suffering the worst pasture shortages. After the visit, a response plan was submitted in March and, by June, 800 million CFA ($1.4 million) was released to buy 4,000 tonnes of animal feed for those in the worst-hit areas. This was in addition to an existing government fund to subsidise animal feed purchased through herders’ associations. 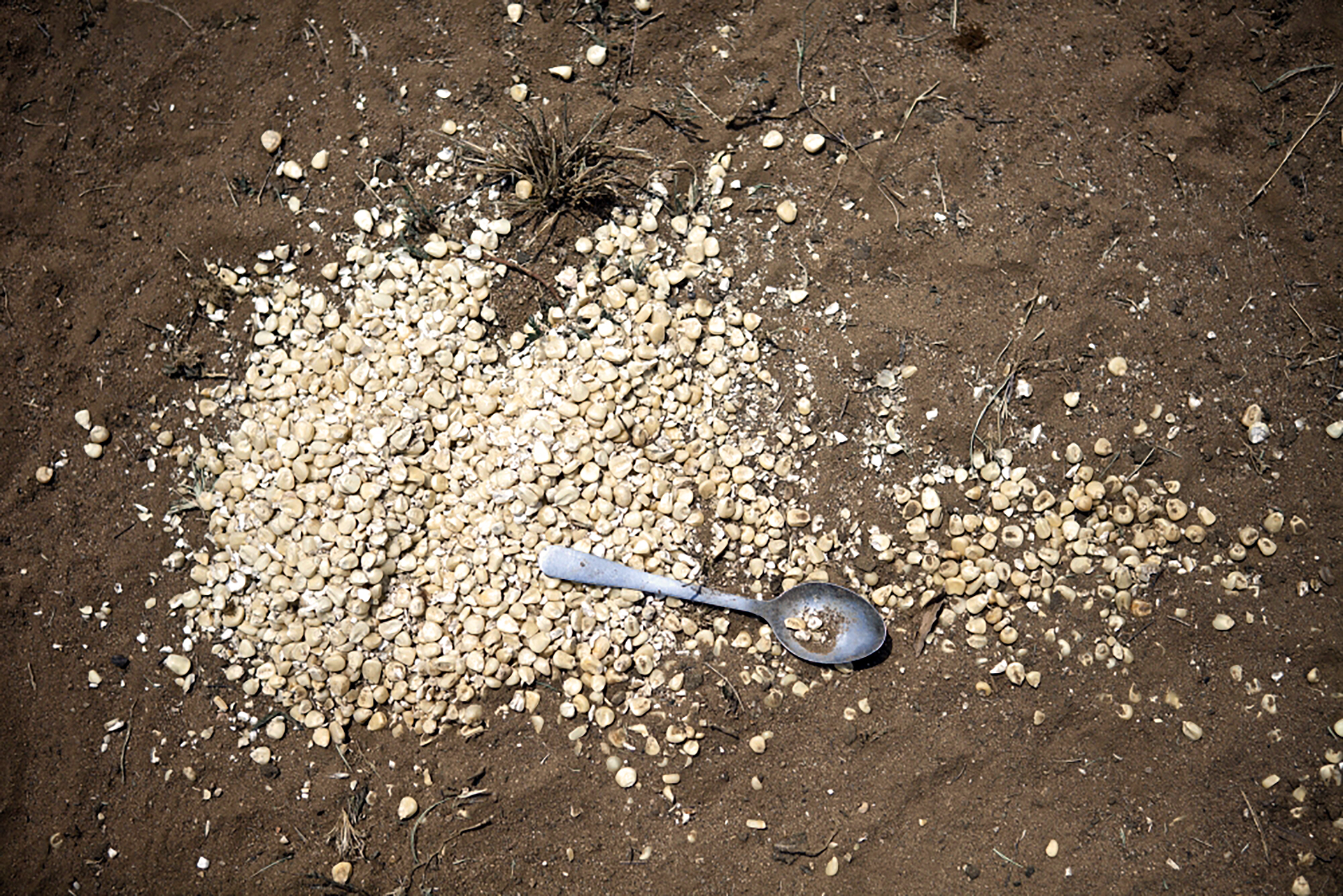 Famine and the machine

Can big money and big data make famine a thing of the past?

But many other herders were unable to access enough of the subsidised feed, while depletion of the government’s fund (set up in 2012, but not replenished since 2015) meant that fewer herders could be helped by subsidies than in previous years.

Abba Leye Sall, the head of the Ministry of Livestock’s animal division, admits that funding “was insufficient compared to what was budgeted” in the response plan, but “it helped”, she says.

Mariam Ndiaye of the Namarel herders’ association disagrees: “People were restricted to buying four sacks per person at 5,000 CFA,” she says. “That’s not enough, it didn’t help.”

The government also compensated herders who lost livestock in the 27 June rains, allocating one billion CFA ($1.8 million). The Ministry of Livestock maintains that all herders who declared losses, up to a total of 33,970 animals, were compensated during a three-day verification period. According to Sall, this was facilitated by veterinarians posted across the affected zones to verify claims.

Aliou Samba Ba, president of the Senegalese branch of the Réseau Billital Maroobé (RBM), a regional pastoralist network, contests the process: “It’s not logistically possible for the vets to travel from village to village assessing the damage within the space of three days.”

Ba describes the recent lean season as “a catastrophic, exceptional crisis” for herders, and deems the state response to be “a drop in the ocean”. He believes more NGOs and donor agencies may have helped if Senegal’s government had declared a crisis situation.

Part three in this series

Some international NGOs did take action earlier than the government. The WFP’s William Affif says his organisation began scaling up existing efforts to increase communities’ resilience to the projected shortfalls in food and water in March, before launching an emergency response plan for the Sahel in June.

Sall, from the Ministry of Livestock, says the government’s March response plan was enough to ensure assistance. “Donors went to help once the report was validated,” she says. But, she adds, donors “intervened very late”.

One reason for that, aid officials say, is the twice-yearly analysis of food insecurity across the Sahel, known as the Cadre Harmonisé (“harmonised framework”). Last November it projected that 4.25 million people across the region would require food assistance during 2018’s lean season, with 1.6 million children at risk of severe acute malnutrition.

However, the Cadre Harmonisé’s operating calendar meant that the predictions were not validated until later. Donors waited for the final, validated figures to be released in April rather than acting on the November projections. That means that although ACF’s October warning had accurately predicted how the crisis would play out, it was not solid enough to prompt an immediate response.

“We were on standby as everyone was waiting for the Cadre Harmonisé,” says WFP’s Affif.

As a result, he says: “We all agree that we were too late to address the pastoralist issue.”

(TOP PHOTO: Even herders like Amadou Siley Sow and Aliou Samba Ba, who made it through the lean season, lost hundreds of animals to drought this year. CREDIT: Lucinda Rouse/IRIN)