Mandera town, on the border between Kenya, Ethiopia and Somalia, is the hub for aid operations in the drought-affected Mandera district in Kenya. It could have been a possible logistics base for sending help by road to the famine-affected areas in south-central Somalia, but the security risk is high.

About four months ago, Al-Shabab militia took over Bulo Hawo on the Somali side, and continue to mount sporadic attacks in the area even though it has been retaken by the authorities. On 27 July, the group used a mobile phone to trigger an explosion in Mandera town, killing a Kenyan police officer a few hundred metres from a UN office.

The border between Kenya and Somalia is not defined by any geographic or ethnic boundary - there are Somalis on either side. The town is the capital of Mandera district, where most NGOs and UN agencies responding to the drought are based.

An aid worker told IRIN: “We expect the attacks by the militia to increase.” Police have increasingly come under fire on either side of the border. In mid-July, bullets were flying over the two linked towns, resulting in the death of a senior police official employed by Somalia's Transitional Federal Government (TFG), which now controls Bulo Hawo.

International aid workers are required to travel with armed police escorts at all times. “The police are more vulnerable as Kenyan authorities are seen as helping to train TFG police,” said an aid worker. “So Al-Shabab is trying to destabilize the area and regain control.”

However, Benson Leparmorijo, district commissioner of Mandera East, where Mandera town is located, preferred to call the attacks “isolated incidents”.

Opinions vary on whether the tense security situation in Mandera town and neighbouring areas could deteriorate.

Leparmorijo said the attacks would have no bearing on aid delivery. “I am talking to the TFG officials on the other side regularly... about security measures.”

Ethiopian troops, supporting the TFG, also man the border in Bulo Hawo and intervene when necessary.

Local NGOs say they are not the targets of the Al-Shabab attacks, but the authorities are, and this would not affect aid operations. “I don’t think the militia want to upset the local people – they will lose any chance of gaining popular support,” said an aid worker.

In recent weeks, most international aid staff have been advised not to travel to Mandera, so agencies rely mostly on national staff and local partners.

A local aid worker said the threat of being caught in the crossfire is ever-present. “With the attacks this week, I am now reluctant to go out into the field; I don’t think this is good for the morale of any aid worker, local or international.”

However, Adan Mohammed Siyad, a senior TFG official from the neighbouring Gedo region in Somalia, dismissed security concerns. “We can handle all aid through Mandera to Somalia - the security situation is not bad,” he said.

Somali women in Bulo Hawo, the Somali town near Somalia's southeastern border with Kenya, as they leave Mandera town 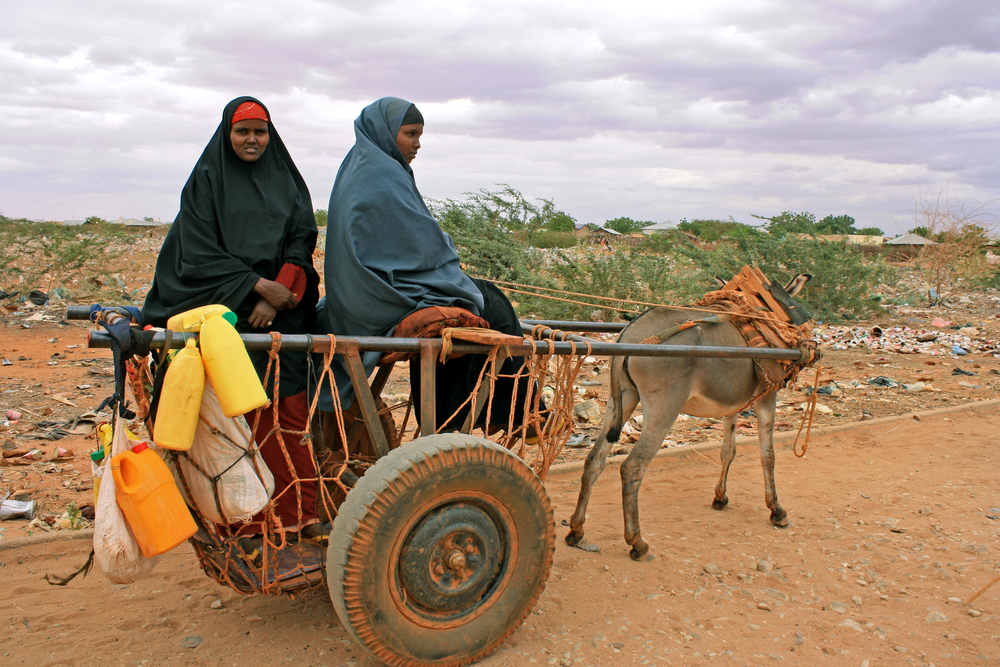 Jaspreet Kindra/IRIN
Somali women in Bulo Hawo, a town near the Kenyan border

The TFG and the Kenyan authorities are keen that Somalis are helped in their own country.

Siyad said: “We want our people to remain here and we can help them there - help us to help them - we do not want to add to the problems of our neighbours. In fact, we can take aid from here to Doolow [in Somalia, near Dolo in Ethiopia] - which is only 40km away."

He said at least five to six people were dying of hunger in Doolow daily.

Leparmorijo has won plaudits on both sides for opening up the border between Somalia and Kenya in Mandera informally, helping the supply of essential foods to Somalia.

"Traders like us get in and out to buy supplies of sorghum to sell inside Somalia, where the situation is very bad,” said a Somali trader. “Our women come in [to Mandera] to sell milk every day and go back in the evening. At least we can make some living – the situation is rather bad on this side of the border.”

The roads in Bulo Hawo are in a state of disrepair, as are the few vehicles using them. A bullet-ridden building that served as Al-Shabab headquarters has been turned into a private hospital.

"The hospital is not very sophisticated - seriously ill people are brought into Mandera," said a TFG official. "We even fly those we cannot treat to Nairobi," added Leparmorijo. "We do what we can to help."

An uneasy sense of calm prevails in Mandera town. There is talk of a military offensive in the local media. But farther inside the district, non-existent roads rather than security pose the biggest threat to timely aid delivery.

Parts of Mandera district have not had adequate rainfall for more than a year and none is expected for another three months. Almost every aid organization and government official acknowledges that the supply of relief food and water needs to be stepped up. The few remaining water points are expected to dry out at any time.

The western area has recorded a global acute malnutrition rate (GAM) of more than 31 percent - one of the highest worldwide recently. The district hospital authorities said they had been notified of at least two deaths of infants related to malnutrition over the past three months.

Nur Haji Osman, chief of Malkamari village in central Mandera, said he recorded seven hunger-related deaths in April and May, when the village ran out of water and pasture land completely.

One of the village chiefs reflected that during previous droughts, people could take refuge either in Somalia or Ethiopia. "We are the same people - Somalis and Borenas. This time it is the same everywhere – we do not have anywhere to go."