Lieutenant General Johnson Mogoa Kimani Ondieki is in disgrace. The Kenyan commander of the UN peacekeeping force in South Sudan was sacked this week by Secretary-General Ban Ki-Moon after a special investigation found there was a "chaotic and ineffective response” to protecting civilians during fighting between government and opposition soldiers in the capital, Juba, in July.

But Ondieki’s departure will not solve the wider deficiencies and challenges hobbling UN peacekeeping. Ondieki inherited many of those shortcomings: he had only headed the UN Mission in South Sudan for two months before the Juba clashes.

A furious Kenyan government, accusing the UN of scapegoating, has said it will withdraw its 1,000-strong contingent from UNMISS. It has also backed out of a planned, more robust, 4,000-man Regional Protection Force.

The significance of walking away is that Kenya is the region’s point person for South Sudan’s battered peace process.

What the UN’s special investigation found was certainly shocking. Peacekeepers abandoned their posts. No contingent was willing to participate in a rescue mission to help aid workers and civilians whose hotel was raided by government soldiers a little over a kilometre from their base, even though a senior government officer offered to accompany the reaction force.

Problems from the start

The panel pointed to a grave lack of leadership. But Ondieki may well be feeling aggrieved: the bar that UNMISS could operate at was never set particularly high.

From the start, UNMISS has struggled to attract enough troops to reach its mandated strength. Command, as in other UN missions, is also complicated by “caveats” – hidden restrictions whereby the different national contingents apply their own rules of engagement, or refer direct orders to their home governments who make often delayed decisions on compliance or refuse them.

When the country degenerated into civil war in December 2013, the peacekeepers had little choice but to pull back into their bases. The idea was that they would provide protection to the civilians around them, but the reality was that UNMISS was intimidated by a government that publicly accused it of supporting the opposition.

A bunkering mindset meant UNMISS chose not to patrol aggressively or challenge the restrictions placed on its free movement – even though those restrictions violated the status of forces agreement the UN had agreed with the government.

In Mongatan, just outside the Juba Tongping base, civilians were being killed by government forces within earshot of the UN troops when fighting first broke out. Between January and April 2014, there were massacres in Leer, Malakal, and twice in Bentui, towns where peacekeepers were bivouacked.

Even the UNMISS bases themselves have not been safe for the sheltering civilians. In Akobo, 43 Indian peacekeepers, defending a fortified position, equipped with armored personnel carriers, surrendered to a mob who executed at least 20 people in the base. In Bor, 43 were killed in the IDP camp defended by UNMISS; in Malakal this year, 30 died when government soldiers broke in.

The 12,000-strong UNMISS force, without proper medevac support or air cover, has preferred not to confront a government army or rebels who have shown little compunction in killing peacekeepers or downing UN helicopters. The international community has applied limited pressure on Juba and done little else to try to change this equation – and, in truth, may lack leverage.

South Sudan is just one example of the challenges and setbacks faced by UN peacekeeping. Through the years there’s also been the genocide in Rwanda; the surrender by Dutch peacekeepers in Srebrenica; the sex abuse scandals and multiple failures to protect civilians in the Congo; and ineptitude in Darfur.

In Central African Republic, child rape and murder aside, the failure of the UN mission to end the lawlessness in the centre and east of the country led to protests last month demanding MINUSCA’s withdrawal – in which the peacekeepers shot dead four people. 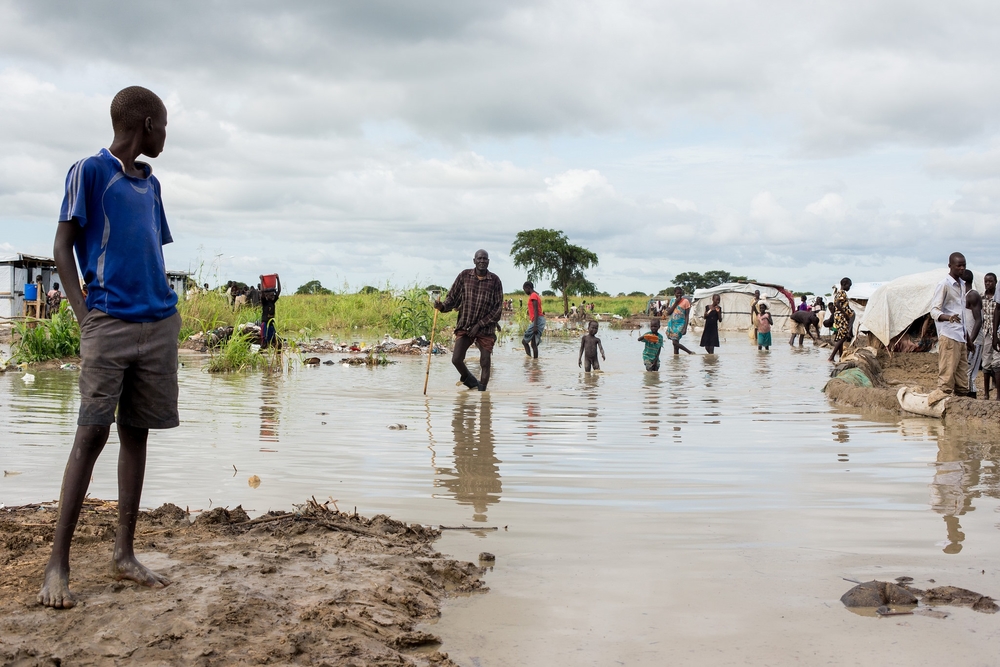 Traditional peacekeeping is about separating warring parties who consent to the intervention. But increasingly UN operations are in countries where there is little or no peace to keep. Rather than an interposing neutral force, the UN is increasingly a direct combatant, as in Mali and the Congo.

In the future, even more complex roles are anticipated for blue helmets, from countering people-trafficking to cyber-crime. But are we already expecting too much of peacekeepers?

There is a narrative that blames peacekeeping failures on the “Third World” soldiery that makes up the bulk of missions. That is as insulting as it is inaccurate. Several countries in the Global South have a proud tradition of peacekeeping.

What Western armies do possess is the additional equipment and skills that will allow UN peace operations to be more mobile, aware, and harder-hitting.

In Mali, 10 percent of MINUSMA is made up of soldiers from the Netherlands, Germany, and Sweden. They come with the experience of dealing with IEDs in Afghanistan, and their contribution of drones, attack helicopters, and special forces has enabled the creation of an intelligence “All Sources Information Fusion Unit” - unique initiative for the UN.

But the Europeans are in Mali because of its strategic importance: it is a hub of Salafi jihadism, and a key migration and drug route to Europe – there is also the sense that if these personnel do not use the capabilities developed in Afghanistan, they will be lost.

The African Union, on the other hand, has a duty to intervene to uphold peace on the continent. The AU has shown itself willing to deploy in situations like Somalia and engage in the bloody slog of house-to-house combat – hardly the traditional role for UN blue helmets.

The UN’s High-Level Independent Panel on Peace Operations, or HIPPO, envisages more regional interventions like Somalia, authorised by the Security Council. But whereas the AU can provide the troops and deploy far faster than a still hidebound UN, it doesn’t have the funding. 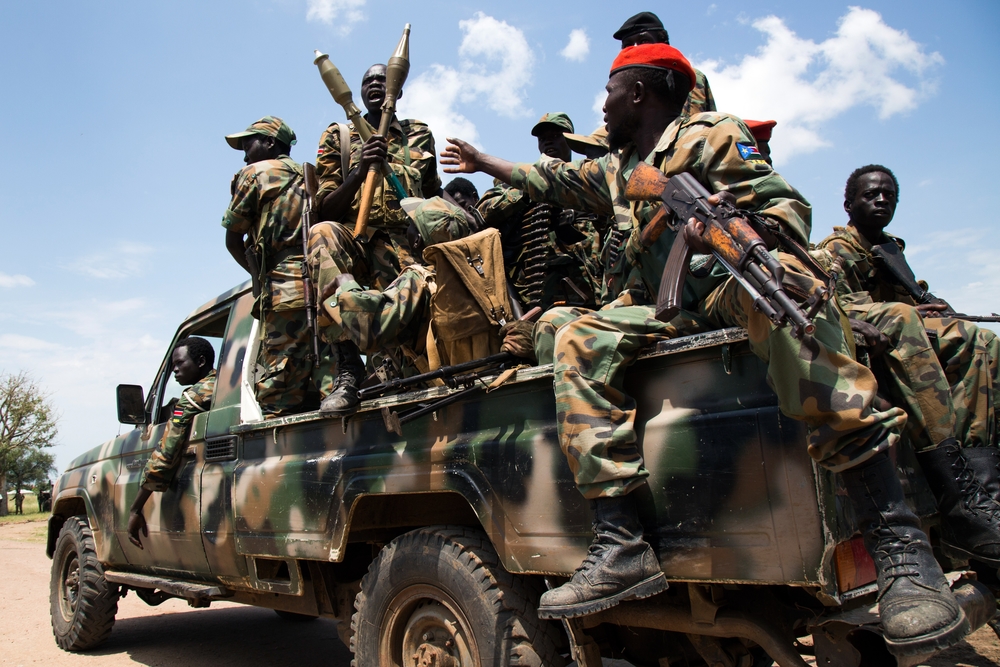 The AU has now agreed an innovative plan to finance its organisation, and 25 percent of its peace operations, through a 0.2 percent levy on imports. African leaders hope the international community will make up the remaining 75 percent, mostly through UN-assessed contributions. But it is far from a done deal.

The HIPPO argues that the role of peace operations is to create the space for political solutions. It calls for flexibility to respond to changing needs, rather than standard template deployments. But it also acknowledges there are situations where the UN should say “No” to intervention.

South Sudan feels far from “ripe” for a political solution. In the absence of that moment, the UN Security Council wants the planned 4,000-strong RPF to specifically protect civilians and strategic installations in Juba. It is a measure of the difficulty of operating in the country that the focus is so limited.

It also remains far from clear what an additional 4,000 troops can achieve, beyond what the existing 12,000 blue helmets have struggled to accomplish.

The RPF will be operating under the existing UNMISS mandate and command structure, and dealing with the same truculent government. Juba will no doubt refuse to accept any additional equipment that will improve the UN’s fighting abilities.

So what happens next, now that Ondieki has gone, replaced by a Chinese force commander?

Not much new, might be the right answer. What South Sudanese no doubt hope will emerge is a new sense of accountability from the men and women the international community has sent to help them.

But the ultimate responsibility doesn’t rest with the peacekeepers. It is the duty of the South Sudanese government to protect and serve its own citizens. When it fails, those in charge must be held to account.