Food security in South Sudan is deteriorating in the face of ongoing conflict, high food prices, and the large-scale return of refugee and internally displaced families.

Lakes, Western Bahr El Ghazal and Unity states are the most affected, with at least 1.15 million people expected to face food insecurity as the rainy season progresses, the UN Food and Agriculture Organization (FAO) office in South Sudan told IRIN.

At present, 2.86 million people in South Sudan are being targeted with food and livelihood assistance, including some 670,000 refugees and internally displaced persons (IDPs), according to the UN World Food Programme (WFP).

Rampant insecurity is affecting access to food and livelihoods. In Jonglei State, for example, insecurity is restricting “access to wild foods and income sources such as collection and sale of firewood, charcoal and grass,” notes the Famine Early Systems Network (FEWSNET).

FAO noted, “Continued insecurity in parts of Jonglei has led to displacement of populations and limited access to land at a critical time when farming households are undertaking preparations for the coming growing season.”

Insecurity in Jonglei “has affected tens of thousands of civilians caught in clashes or fleeing from their homes in search of safety and assistance,” according to an update by the UN Office for the Coordination of Humanitarian Affairs (OCHA), which added that the scope of displacement remains unknown due to access constraints .

"The increased insecurity in Jonglei and other parts of South Sudan could deter commercial transporters from agreeing to carry food along routes where there have been attacks. This could have an impact on our ability to preposition stocks to cover areas which will become inaccessible during the rainy season"

Insecurity is also hampering efforts to control outbreaks of the often fatal haemorrhagic septicaemia and East Coast fever in cattle. Cattle-rearing is an important livelihood activity in Jonglei.

“The increased insecurity in Jonglei (especially the Bor-Pibor road where movement by humanitarian organizations has been suspended) and other parts of South Sudan could deter commercial transporters from agreeing to carry food along routes where there have been attacks. This could have an impact on our ability to preposition stocks to cover areas which will become inaccessible during the rainy season,” Andrew Odero, WFP’s food security and livelihood cluster coordinator in South Sudan, told IRIN by e-mail.

On 9 April, a UN convoy was attacked between Bor and Pibor, resulting in the deaths of nine UN personnel and three civilian contractors.

Between 1 January and 31 March, at least 109 violent incidents were recorded in South Sudan, with some 12,433 people being newly displaced, according to OCHA.

There are food security fears in the contested Abyei area, as well, amid high food prices and an influx of IDP returnees. Abyei straddles the Sudan/South Sudan border; which of the countries Abyei is part of may be determined in an October referendum.

“Improved security and the anticipated referendum have prompted the IDPs to begin returning to [the] Abyei area,” states an Abyei Food Security Assessment report by FEWSNET.

The IDP returns started after the deployment of the UN Interim Security Force for Abyei in mid-2011. From then until February 2013, at least 60,000 returnees from Warrap and Northern Bahr el Ghazal states have been registered. A further 30,000 IDPs are expected to return between March and June; “this is likely to increase levels of food insecurity because of further strain on already weak services and inability [of] people to meet their livelihoods needs,” notes FEWSNET.

A limited market supply has kept food prices high in Abyei , it adds.

Despite the relative calm there, some 3,700 people have been affected by livestock migration-related insecurity, adds an OCHA report. “The problem is most acute in the north of the area, where there is a direct interface between Misseriya and Dinka communities. In these areas, communities compete for water and pasture, in particular towards the end of the dry season.”

An influx of returnees and refugees into parts of South Sudan is also a challenge. 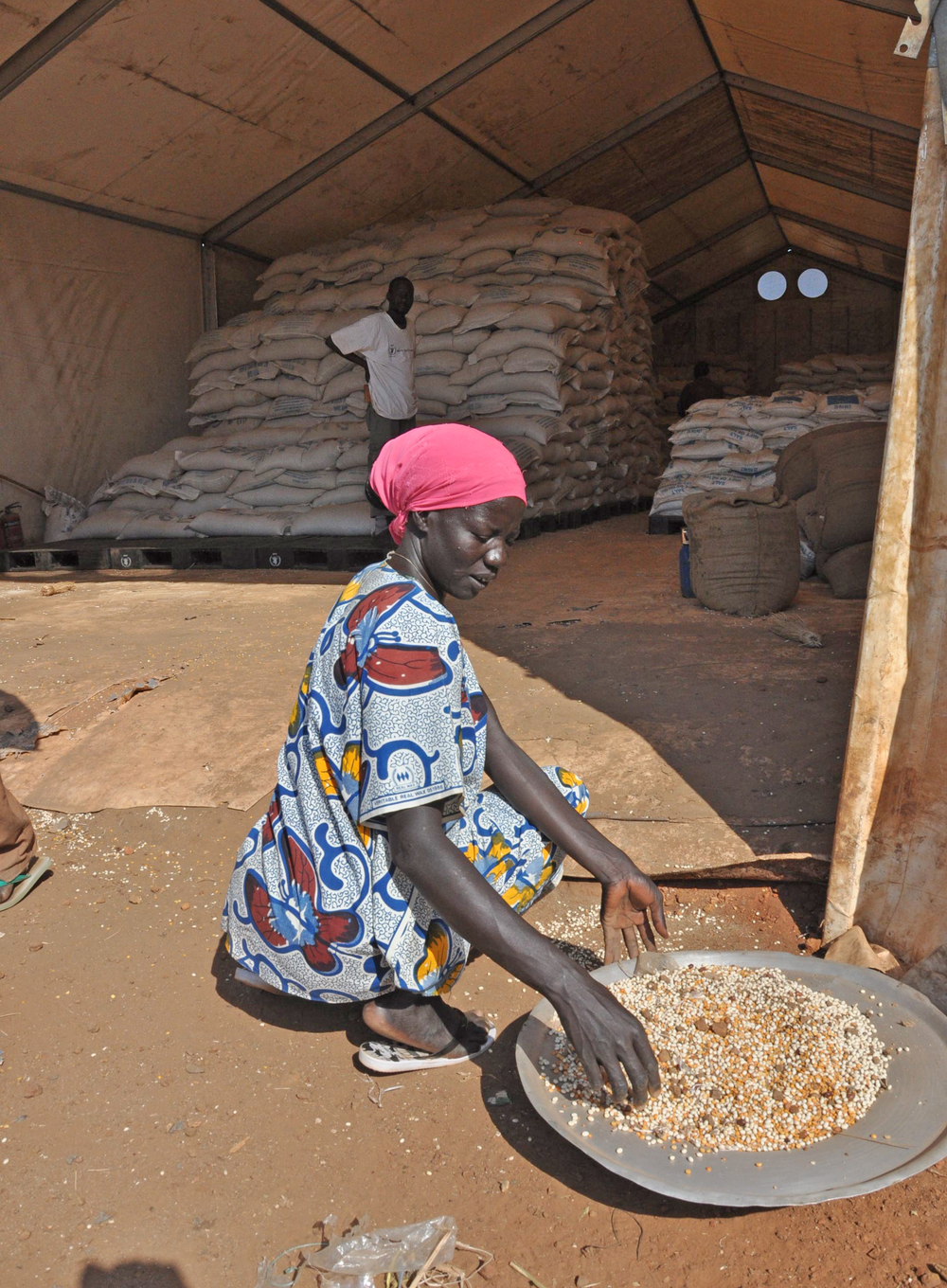 “Upper Nile faces some of the most challenging issues in South Sudan. It hosts some of the largest populations of returnees, refugees (fleeing from insecurity and conflict in Sudan), and IDPs (from neighbouring state Jonglei),” Joanna Dabao of the International Organization for Migration (IOM) in Juba, told IRIN by email.

“This has put a substantial strain on the limited resources of the host communities. This complex situation has created a barrier to sustainable reintegration, leaving thousands of returnees in dire need of emergency assistance,” she said.

At present, at least 20,000 returnees are in Upper Nile State - about 19,800 in Renk County and 840 in Malakal County - Dabao said. “With persisting violence over the past two years along the other border[s] (Blue Nile, South Kordofan, Abyei, Darfur Region) Renk was, and continues to be perceived as, the safest point of entry into South Sudan.”

“The majority of returnees arriving into South Sudan through Renk, however, report intentions of settling in the Greater Bahr el Ghazal area but hav[e] no means to get there,” she added.

But the returnees from Sudan  often lack the skills, experience and social networks needed to cope with the burdens of rural life in South Sudan, notes FAO, adding that “food security in areas of return is poor due to increased pressure [on] social services, poverty, unemployment and a lack of productive assets.”