Years after the end of South Sudan’s war with Sudan, the country’s women still find themselves on the front line - this time, battling abuse, child marriage, and a dowry system that commodifies them from birth.

According to an assessment of gender-based violence (GBV) in South Sudan, released by the Conflict and Health Journal on 6 March, 68 percent of females and 63 percent of males - out of a sample of 680 respondents - agreed that “there are times when a woman deserves to be beaten”.

“You can’t speak to people about going to the police if they don’t even think it’s wrong,” said Paleki Matthew, who runs the NGO South Sudan Women’s Empowerment Network (SSWEN).

And too many women are victims of sexual violence.

One of the youngest cases, she said, was a nine-year-old admitted with vaginal bleeding; her parents denied it was the result of abuse.

Most cases of abuse are girls and women between ages 12 and 30, said Abendego Mabior Nyinde, a nurse specializing in the treatment of GBV who runs an International Rescue Committee (IRC) clinic. “Some I see [are] eight years, 10 years, and even below that,” he said.

The odds are stacked against victims of GBV.

“It becomes quite difficult for the women to say what happened to them,” Makwira said, adding that if abuse is suspected, “the community casts them out”.

Too young to consent

Marriage itself can set the stage for abuse. The age of consent in South Sudan is 18, but the 2010 Sudan Household Health Survey indicates about 38 percent of girls are married before that age; this figure rises to 54 percent for the poorest households.

Customary law considers any menstruating woman fit for marriage. “In some communities, a girl’s period is announced with a flag on the roof,” said Izeduwa Derex-Briggs, South Sudan representative for UN Women. She added that communities were mostly ignorant of statutory laws.

Additionally, many members of the police and judiciary still practice early marriage, reinforcing the tradition.

“We believe early marriage is a form of GBV and inequality,” said SSWEN’s Matthew. SSWEN tries to pass laws protecting women and girls, but these efforts rarely reach beyond the capital, let alone to cattle-keeping communities like Lakes, where girls can net their families up to US$100,000 in dowry.

“The relatives give a girl to the husband according to the cows they bring,” said Francis Dawood, a doctor in the Rumbek maternity ward. The girls are often married to much older men.

Child marriage often compels girls to drop out of school; in South Sudan only 16 percent of women can read and write.

"It's tradition itself which puts the women in a very submissive position. If you see agriculture, you see all the processes are being done by women - from farming to selling at market. But when it comes to money, the men control everything and take it"

And the physical effects can be deadly - early pregnancy is a major reason South Sudan has the highest maternal mortality rate in the world.

Human Rights Watch (HRW) is urging the government to increase its efforts to stop the practice.

"The country’s widespread child marriage exacerbates South Sudan’s pronounced gender gaps in school enrolment, contributes to soaring maternal mortality rates, and violates the right of girls to be free from violence, and to marry only when they are able and willing to give their free consent," HRW said in a statement.

GBV is rarely reported. Nyinde says he deals with about four abuse cases a week, nearly all sexual, but knows that there are many more out there, as families and authorities hush up rapes to avoid the stigma that can ruin a girl’s chance of getting married.

As information about healthcare improves, women are increasingly seeking care for sexually transmitted infections following sexual assault. But out of over a dozen women IRIN spoke to, including activists and health professionals, only one highlighted a non-medical or compensatory reason for reporting rape.

Despite the existence of police special protection units to address these crimes, women who report rape often get no results. “Most of these officers are rotated, move or drop out, so you train a load of people and they’re transferred. It’s not consistent,” Matthew said. “If you go in and report abuse, you will most likely just be sent back to that house.”

After rights groups like HRW and Amnesty International reported serious army abuses - including rape - during a disarmament exercise in Jonglei State last year, one member of parliament declared that sexual violence did not exist in South Sudan.

“We don’t even have a word for rape, so how could we?” he challenged baffled reporters.

Another government spokesman said no soldier would commit such an act because the punishment during decades of war had been death by firing squad.

But leading academic and undersecretary for culture Jok Madut Jok says that during the war, a “revolutionary ethos” among freedom fighters dictated that women should have as many children as possible to repopulate. “That became a license for people to expose any women they came across to the possibility of procreation - for young men to have children, in case they died soon.”

Aside from the “standard physical and sexual violence that takes place, you have economic and social violence, which I think is much more widespread," said Jenny Becker, IRC’s Lakes gender specialist.

“Marriage is really expensive here now. The average is around 30 cows,” which cost an average of $500 each, said Nyinde.

With the price so high, women are rarely able to leave their husbands. “The family will say they paid you lots of cattle,” said widow Mary Yai, who knows five women who have been trapped in violent marriages for years.

“If she has no source of economic empowerment, how can she get up and leave her husband’s house?” asked Derex-Briggs.

Reports of abuse are usually handled within the man's family, a custom authorities often defer to.

“If there’s any punitive measure, the man has to pay some cows, and it’s sorted out by the family. The cases never see the light of day,” said Derex-Briggs.

“I’ve seen judges that will come and drag fathers in and give them a warning or write an edict to say you must not marry [off] your daughter until she is 18 or she must finish school, but they will not at the moment prosecute anyone for it as they actually fear for their lives,” said Becker. 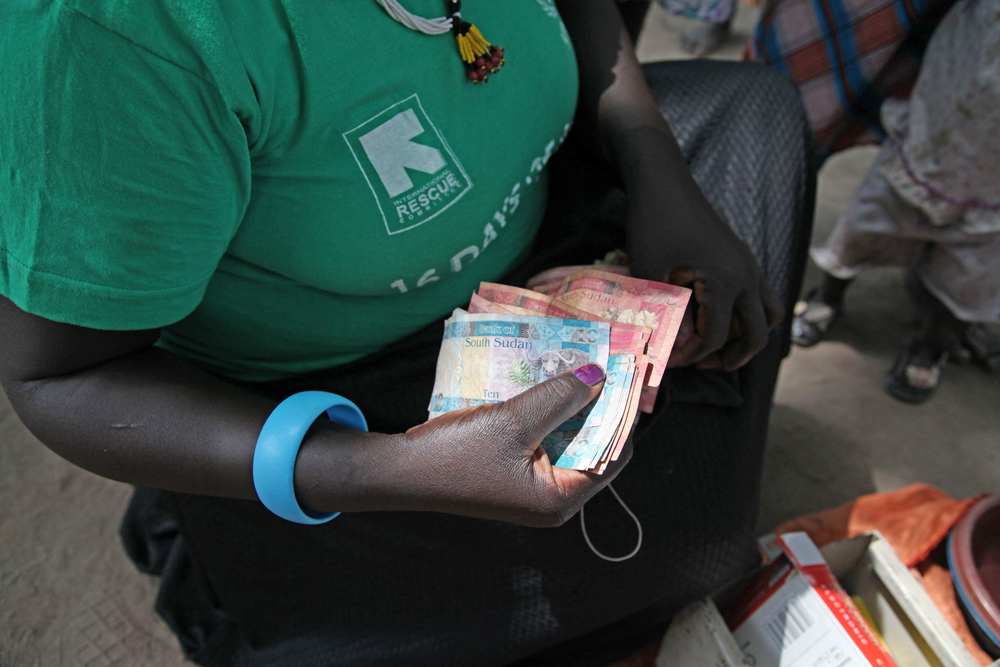 In cases of divorce, husbands automatically get custody of the children unless they are too young, in which case wives care for them until they reach the determined age, and then they are handed over to the fathers.

Jacqueline Novello, gender director at the Ministry of Gender, Child and Social Welfare, says the practice of wife inheritance is also an issue: "Sometimes [widows] are forced to find someone to take care of their children, like she has to marry the brother of her dead husband."

“Lack of access to health services is also a lack of rights," Derex-Briggs added.

“When we are pregnant, they do not take us to the clinic, and it is very dangerous when we have problems, or women don’t get enough to eat. There are many women here who are malnourished and they die,” said Monica Ajak Mading.

But change is coming, however slowly.

"The transitional constitution has given women equal rights to work, get the same salaries and get access to anything like a man, including education. But there is a big gap," Novello said. "The laws are there, but the gender issues are here and we need to work on rights awareness."

A new land act, for example, grants women the right to inherit property from their husbands, but like many guarantees for women, it currently exists only paper.

"It's tradition itself which puts the women in a very submissive position. If you see agriculture, you see all the processes are being done by women - from farming to selling at market. But when it comes to money, the men control everything and take it," she added.

Still, Novello says community leaders are gradually getting on board with government efforts to protect women's rights and welfare.

In a country where women typically lack access to financial services, IRC’s “Bank in a Box” scheme allows women to buy small shares, loan to one another, and gain interest. Bank “manager” Teresa Aduong was able to pay for medicines and school fees, and she wowed her community by saving enough to bring home a bull and improve her farm.

“I've seen so many women whose lives have changed,” Aduong said.

IRC’s Becker says schoolgirls and their male peers are increasingly pushing back against child marriage. “They speak out. And I think the more women who are educated and are in school and know that this is against the law, that’s when you’ll start seeing change.”