As darkness fell in the central-southern Chadian town of Bokoro, the very last patient, a listless girl, left a makeshift clinic run by Médecins Sans Frontières (MSF) which had treated more than 4,000 children for severe malnutrition in the area since July 2012.

“It’s good news that patients have stopped coming because we have less malnutrition, but on the other hand it’s also bad news because that means that since we as MSF are phasing out, access to this kind of care is very much reduced unless a new actor steps in to support the Ministry of Health in the longer run,” MSF paediatrician Anja Junker told IRIN.

The shacks set up for emergency malnutrition treatment by MSF now lie empty in the compound of Bokoro district hospital as MSF ended the programme on 21 January.

There is only one doctor at the hospital for a population of 244,000, and it lacks the expertise, manpower and money to continue the malnutrition treatment programme. Equally, the region’s 13 health centres are poorly equipped and staffed, often with one nurse for several thousand people. Only six of those health centres have cold chain storage.

In Chad, 33 percent of children aged 12-23 months are not vaccinated against childhood diseases, according to the UN Children’s Fund (UNICEF). The country also has the highest rates of malnutrition in the Sahel and West Africa region.

“Malnutrition is the main underlying cause of child mortality in Chad,” said Bruno Maes, the UNICEF representative in Chad. “Strengthening the health system and establishing preventive and curative measures to fight child mortality is imperative. The strictly humanitarian approach has its limits. It is not sustainable in the long term.”

There is less than one qualified health worker per 1,000 people, and the government spends only 3 percent of its budget on health.

On MSF’s last clinic day at another health centre outside Bokoro town, the local nurse recently posted there said taking over the malnutrition treatment programme would be a difficult task.

Apollinaire Minadji said he was “the only qualified nurse” at the Gambir health centre which caters for a population of 12,000. “Even with the best qualified nurse, it is a lot of work. Normally there should be two nurses here.”

Malnutrition, which is recurrent in Chad and is responsible for more than half of under-five deaths, is linked to lack of preventive and primary health care, including maternal and child health care, poverty, cyclical droughts as well as difficult access to food and safe drinking water. 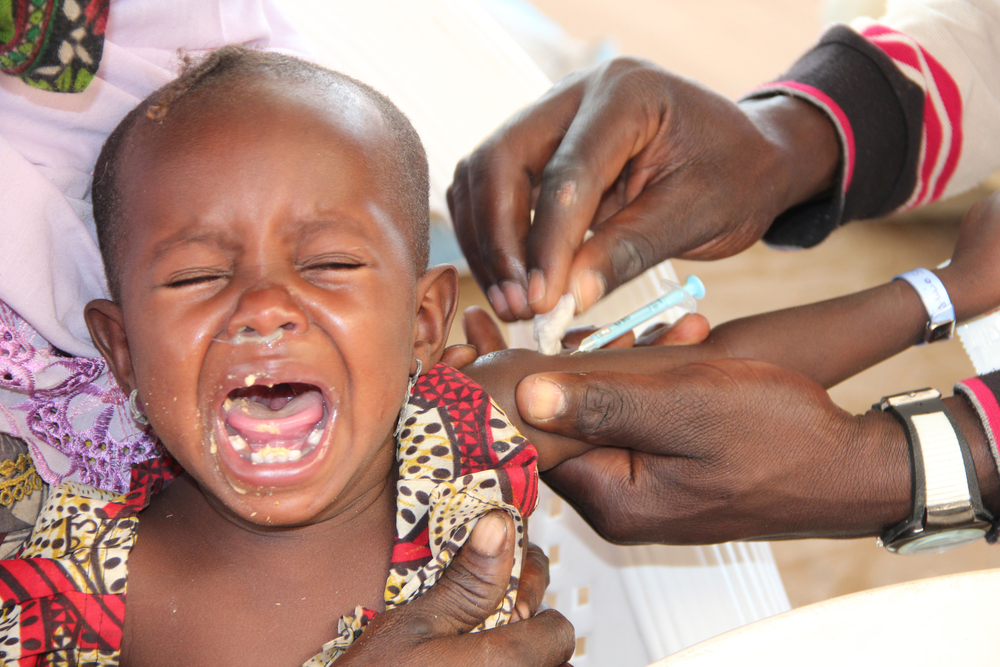 Part of the reason malnutrition is recurrent is because even when harvests are plentiful, poor families are forced to sell much of their harvests to repay debts incurred during the dry season, often at low prices due to high market supply. With reduced stocks to run through the lean period, they are again forced into debt.

“There is a lack of social protection measures for the most vulnerable families,” said Stefano Argenziano, the MSF head of mission in Chad. “The fundamental thing is to make the malnutrition crisis a public health issue… There is a common narrative that malnutrition is a result of lack of food. This is simplistic. It is not the lack of food, but the accessibility to food.”

In addition, without nutritional programmes in the already weak health system, child malnutrition begins even before birth as many mothers do not have enough to eat, and lack adequate pre-natal care and nutritional supplements. As a result, 22 percent of children in Chad are born underweight, UNICEF figures show.

“The way the Ministry of Public Health is structured does not allow for the proper treatment of malnutrition,” Bokoro District head doctor Ignabobe Passalet told IRIN.

“The reality across the country is that the government makes an effort to train personnel, but it is always inadequate, which means that everywhere in the country in each health centre there is only one nurse, and in a district only one doctor,” he explained.

The Gambir health centre outside Bokoro town has no running water, hospital waste is dumped in a shallow pit and cow dung litters the surrounding area. The delivery room has a rusty bed and vials and syringes are left exposed.

“We don’t have adequate equipment. Even basic hygiene equipment. We use borehole water,” said Minadji, the nurse in charge.

Outside the clinic, under a sloping roof annexe to the main building, mothers have brought their children for treatment for malnutrition. Many of the children have largely recovered since malnutrition rates began slowing in late 2012. At the peak of the crisis, malnutrition and other diseases had withered the bodies of many children to the bone, doctors said.

Some of the mothers also suffered from malnutrition and had to be given highly nutritious peanut paste to prompt breast milk production.

“Malnutrition still exists here in Bokoro. Even though it is reduced, it doesn’t mean that the problem is solved,” MSF paediatrician Junker said.

Chad’s government in 2012 pledged to increase the number of public health workers and raise health sector expenditure to 15 percent of the budget in line with the Abuja commitment.

“This is an absolutely necessary response… It’s a crucial element that had not been tackled in the past, but which is now being addressed. There is a will to increase the budget and the health sector personnel. This is positive,” said UNICEF’s Maes.