Crowds in Haiti stampede out of buildings at the hint of a tremor; mothers refuse to breastfeed for fear of passing on their depression; people complain of headaches and insomnia. Mental health specialists say that until routines are in place and the basic needs of food, water and shelter are there, fear can obstruct personal recovery.

"When people who have been through a terrible ordeal feel safe, have access to shelter, food and water, and have the basic means for survival, they can recover quite quickly," said Alison Schafer, mental health and psychosocial support group coordinator at World Vision, an international faith-based relief organization.

Thousands still line up for the sporadic food and water distributions in Port-au-Prince, the capital, and surrounding areas, but supplies frequently run out before the end of the queue is served. Signs pleading, "Help us now", in English, Spanish and French have been put up throughout the capital, along with phone numbers and wish lists.

Why would I send my child into a building with no teacher and questionable safety? He does not need to learn to read so badly

Government clean-up crews have found more than 100,000 cadavers and were still finding them more than two weeks after the earthquake hit on 12 January, said Jude Celestin, director of the National Centre of Equipment, a construction group.

"A pressing need would be to say farewell to those that have died," said World Vision's Schafer. Construction workers have been told to place the bodies in one of 30 mass graves around the city.

One of the workers, Blaise Henry, told IRIN he had dragged cadavers from the rubble and taken them to mass graves around the city. "With each body I bury, I know that is one more family not able to say goodbye, who does not know where I am burying their father, sister, mother."

On the south coast in the town of Jacmel, the earthquake damaged every part of St Michel hospital, the southeast region's main referral facility, except the radiology department; doctors walk around concrete slabs to get to their patients.

In the maternity tent outside the hospital, Nadia Beauzile, 22, lies beside her day-old baby. When asked whether she would breastfeed her baby, she shook her head. "I am sad. I cannot breastfeed. I will not give her my milk for another six months," she told IRIN. She was not sure what she would feed her baby instead.

The World Health Organization recommends breastfeeding without supplements for the first six months to boost the baby's immune system and improve its chances of survival, as mother's milk is packed with nutrients and antibodies.

Haitian mothers who have not felt in good physical or mental health since the earthquake worry that they will pass their "bad health" to their baby, said Saiko Chiba, a member of the UN Children's Fund (UNICEF) country support team.

"There is a national psychosis that prevents people from sleeping in even structurally sound buildings," said Zidor Fednel, the government's regional representative for southeast Haiti, where 30,000 homes have been damaged and 21,000 persons made homeless, according to official estimates.

During consultations at the National Centre for Diagnostic and Treatment in the Sacre Coeur neighbourhood of Port-au-Prince on 21 January, patients stampeded out of the hospital when there was a hint of a tremor. "I felt something move and did not want to be in the building, so I ran. Did you not feel it?" said hospital volunteer Brutas Richie Camartinière, 19. 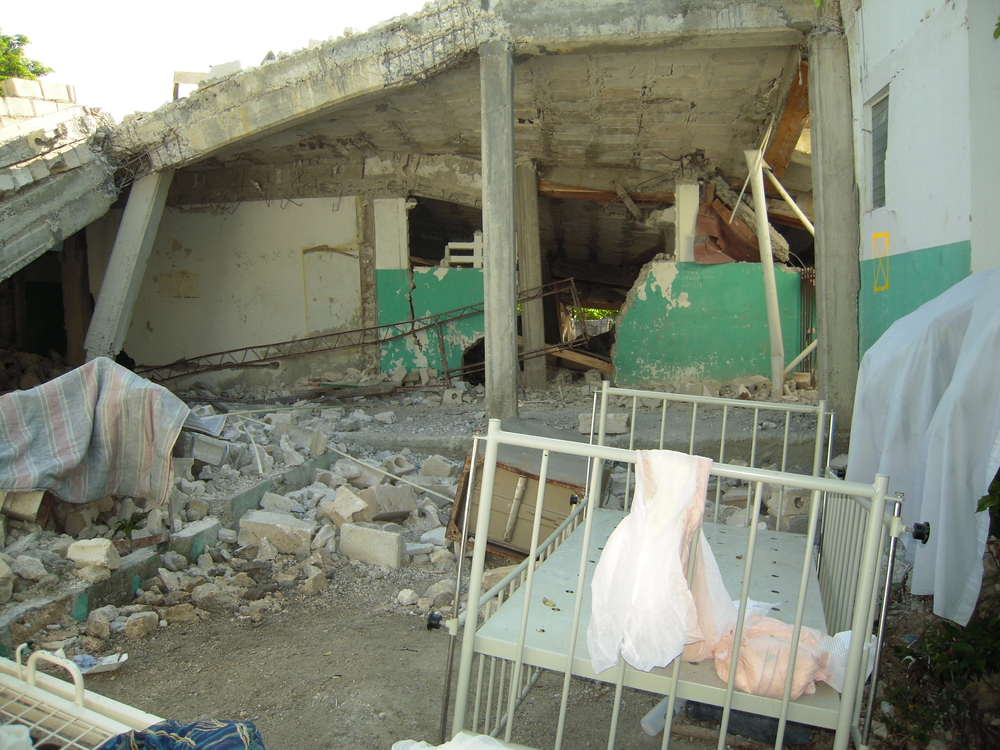 There have been numerous aftershocks, one a magnitude-6.1 on 20 January. The US Geological Survey (USGS) said damaging earthquakes were possible in the coming months, and inevitable in the long term.

The Haitian government has announced plans to reopen schools in Port-au-Prince on 1 February, but 97 percent of the schools were completely destroyed, the remaining buildings have not been evaluated for safety, and hundreds of teachers were killed.

"Why would I send my child into a building with no teacher and questionable safety? He does not need to learn to read so badly. I want him with me - we have already lost so much. School can wait," said Franclin Montina, 38.

When asked whether she would allow her child to attend school if engineers declared the building safe, she said, "No, some cracks are very small and some earthquakes are very strong."

Luc Antoine, medical director of St Michel hospital in Jacmel, told IRIN that the staff have referred four mental health cases to another hospital. "We have no capacity to treat them. There are many more cases - so many specialists have arrived to our hospital since the earthquake, but not one psychologist."

He has asked aid organizations for tranquilizers. "Out of every 50 patients, at least 30 present symptoms of depression or anxiety, from psychosomatic diarrhoea to insomnia and headaches. The psychological aftershocks continue alongside the physical ones."

Haiti's national drug warehouse (PROMESS) in Port-au-Prince has psychotropic medication in stock, but the Ministry of Health has noted the shortage of medical services in Jacmel and other health centres outside the capital.

David Baduel, director of the World Food Programme in Jacmel, said humanitarian shipments to the town were not yet coordinated. "We never know what we are getting, how, or when - we know something is coming when it is here."

A doctor has now been stationed at the airport to streamline the distribution of medical supplies. "She came to volunteer but saw that no one was coordinating medical shipments."

Some of the 150 health organizations registered with UN have reported a decline in physical trauma cases but an increase in mental health problems. Médècins Sans Frontières and Canadian Medical Assistance Teams have begun providing mental healthcare.