Faisal Fayaz was just 10 months old when his father was killed by a landmine in north Kashmir’s Bandipora district in the winter of 2000. Like several thousand other Kashmiri men, Fayaz Ahmad Mir had spent years as a counterinsurgent – working alongside Indian authorities to fight Kashmiri militants battling for independence. In the eyes of many Kashmiris, that made the counterinsurgents traitors: a label they readily passed down to surviving family members.

“We just became a horror tale after he was gone,” recalled Fayaz, now 22, his voice trembling. “It felt like our sky was changed forever. We became enemies in our own community.”

Apart from the loss of their fathers, which render children like Fayaz emotionally, socially, and economically vulnerable, they are tagged with a lifelong label of “renegades” – attacked in the media and by their neighbours for collaborating with enemy forces. As a child, Fayaz was harassed for how he dressed, kept his hair, and most of all for his identity. “People would steal any opportunity to give me a mouthful [of abuse],” he explained, adding that they would often call him “son of the traitor”.

Local police estimate that more than 5,000 Kashmiri men fought against pro-independence militants in the heyday of the insurgency during the 1990s as part of the Ikhwan-ul-Muslimoon. Known as Ikhwanis, these controversial counterinsurgents aided the hundreds of thousands of Indian troops deployed to tackle a growing anti-India rebellion that Delhi perceived as a major threat to its sovereignty in the post-colonial era. More than 50,000 people are believed to have been killed since the insurgency broke out in 1989.

Decades on, with many Kashmiris continuing to struggle under Indian rule, feelings still run high. In 2016, when violence broke out following the death of a famous insurgent commander, Faisal Fayaz’s brother Faizan started getting death threats on social media.

“There were messages from unknown people that they will cut [off] my head,” Faizan Fayaz told The New Humanitarian. Terrified, he left Bandipora district to stay with relatives in the region’s main city of Srinagar until the situation calmed down. 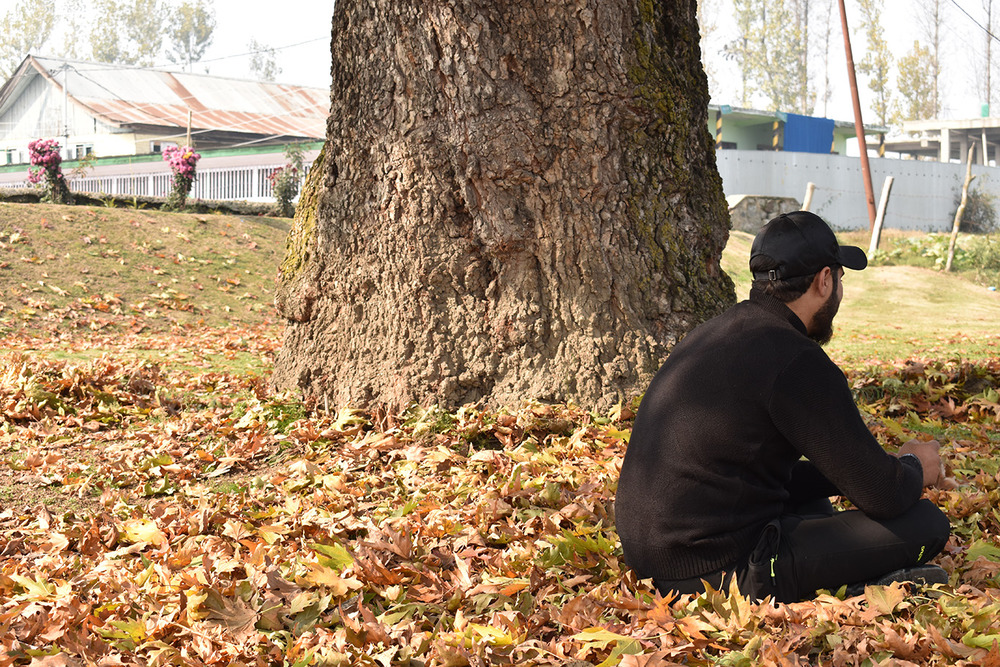 Aliya Bashir/TNH
Faizan Fayaz says he has faced stigma since he was just a child for being the son of a counterinsurgent.

The brothers’ experience is hardly unique. When Imtiyaz Ahmad Parray – the son of Ikhwan-ul-Muslimoon founder Muhammad Yusuf Parray – took his mother to the hospital for a check-up, doctors ignored her, saying they were unavailable even as other patients were seen.

“The next day the news in the media was that the son of the notorious Ikhwan commander had attacked the hospital,” Parray told The New Humanitarian. To clear up any confusion, he visited the newspaper offices in Srinagar, hoping to speak with reporters. “Nobody entertained our version,” he said. “Instead, the next day, the newspapers wrote that Ikhwanis had come to threaten journalists in the city.”

Parray was in 11th grade when his father was killed. He left his studies and joined politics, tethering his father’s Jammu and Kashmir Awami League with the Indian National Congress, of which he is district party president at the moment.

As the son of the most prominent counterinsurgent, and now a pro-India politician himself, Parray explained how his own child now faces discrimination. Recently, he said, his son was denied admission to a well-respected English school in Srinagar. According to Parray, the reason cited was that the school administration cannot allow the “Ikhwan culture to grow in their institution”.

Feeding a cycle of division

Wasim Kakroo, a clinical psychologist at Kashmir Lifeline, a free mental health counselling centre, told The New Humanitarian he regularly sees Ikhwan families face discrimination in schools, jobs, and day-to-day life. When a community is consistently labelled with a particular name and their past is dragged out to denigrate them, it can be difficult to heal trauma that transcends generations, he noted.

“Maybe the son of a counterinsurgent never wanted his father to be what they were,” said Kakroo. “But the negative societal behaviour tends to further estrange them.”

The situation is compounded by the fact that there has been no support from the Indian government, even though it relied on the counterinsurgents. Instead, the system adopted a use and throw away policy, according to Parray: “There were some who were absorbed in the [armed] forces, but mostly the widows and orphans of these families were left to fend for themselves and treated as untouchables,” he said.

By pushing Ikhwani families to the fringes of society, cycles of traumatisation and alienation will simply continue – further fracturing any chance at peace and reconciliation, according to Professor Jalil Mehdi, who teaches peace and conflict resolution at Jamia Millia Islamia, a public university in New Delhi.

“Until damaged relationships are repaired, stereotypes and discrimination will become more complicated, with no end,” Mehdi told The New Humanitarian, adding that the first step is to try to change perceptions by initiating a discussion and sensitising society about the difficulties Ikhwani families face.

Local religious leaders and socio-political workers are taking baby steps in this direction. In his sermons, Abdul Khaliq Hanif, a community leader, has emphasised that people with such histories should not be targeted in any way. “There is little media attention on matters like these, and the conflictual situation in the region continues to add anger against their past,” Hanif told The New Humanitarian.

Tensions in Indian-administered Kashmir were stirred up towards the end of last month after a Delhi court found pro-independence leader Yasin Malik guilty of funding terrorism, among other crimes – charges he derided as politically motivated. Violence broke out in several parts of the region when he was sentenced on 25 May to life imprisonment.

Zahoor Ahmad Tak, the chairman of the Jammu and Kashmir Yateem Trust – an NGO that runs a number of orphanages – said it tries to ensure that the children of counterinsurgents in its care receive the same consideration as any other.

But Tak noted that many of the villages in which the trust works continue to isolate Ikhwani families. He wishes more could be done at the grassroots level to fully integrate them.

“If the local imams, together with the small village committees, could have welfare programmes to educate and involve these families, that would be a great community boost and support for them,” he said.

As Delhi has hardened its position on Kashmir in recent years, such efforts sound increasingly optimistic. In 2019, the parliament revoked Article 370 of the constitution, which gave special status to the predominantly Muslim state of Jammu and Kashmir. That was followed by mass arrests, curfews, and the longest internet shutdown by a democratic state. As abuses – including extrajudicial killings by security forces – persist, Ikhwani families say popular ire often falls on them.

The families that continue to be stigmatised for their past, meanwhile, are quietly praying and hoping for a safe space to move forward. But with rumours and gossip following them everywhere, Faizan Fayaz said he feels trapped in an endless cycle of fear and indifference.

“We feel unwelcome,” said Faizan. “I would like a more empathetic perception about our families, since we had no role in the past for which we continue to be name-called.”