This article is part of our in-depth coverage. Read more like this...
KHUNGU BWE, MALAWI

Long before the world heard about Cyclone Idai, Labana Steven’s mobile phone was already lighting up with messages about rising waters across southern Malawi. Then came pictures of flooded villages. Steven quickly sent mobile phone credit to his contacts, who then called him to detail the devastation they were seeing. Help was needed, they said, and fast.

It was early March, and a towering, unrelenting storm had been battering the region for nearly a week. The storm eventually moved out to sea and gathered strength, making landfall again in southern Africa on 15 March as Cyclone Idai, before leaving a trail of destruction across Mozambique and Zimbabwe.

The storm submerged vast areas of southern Malawi, with the districts of Nsanje and Chikwawa hit especially hard. In total, an estimated 868,900 have been affected by the heavy rains and flooding, including 86,980 people who have been displaced and 672 injured. Some 60 deaths have been recorded.

The dramatically lower death toll, compared to past flooding events in Malawi, reflects lessons learned from floods in 2015 and meticulous preparations to mitigate the consequences of similar natural disasters – a preparedness that contrasts starkly with the difficulties humanitarian actors are experiencing in Mozambique and Zimbabwe in the wake of Cyclone Idai.

It is no accident Steven was among the first people contacted by residents. He has been a humanitarian worker for several decades, including 15 years with Médecins Sans Frontières. He is also from southern Malawi. One reason people knew to contact him was that they remembered meeting him during the last great floods in 2015 and had saved his number. At least 176 people died then.

“I want to emphasise the part of involving the community. It’s not good just to work through assumptions."

Listening to the locals

Steven believes other countries can learn from Malawi’s example.

For MSF, one simple lesson from 2015 was to raise the height of the shelves where medication is stored, to prevent the drugs from getting wet.

According to Steven, an even more important lesson – as far as humanitarian organisations were concerned – was the importance of listening to and cooperating with local communities; of working with them to gain their trust, and then responding to their identified needs. For him, this is a process that began years ago.

“I want to emphasise the part of involving the community,” said Steven, who is still with MSF. “It’s not good just to work through assumptions, to say maybe they are traumatised, they don’t have anything, they don’t have money, they are illiterate. We can easily then miss the truth of the best way to help them.”

This approach had a direct impact on MSF’s emergency response this year. 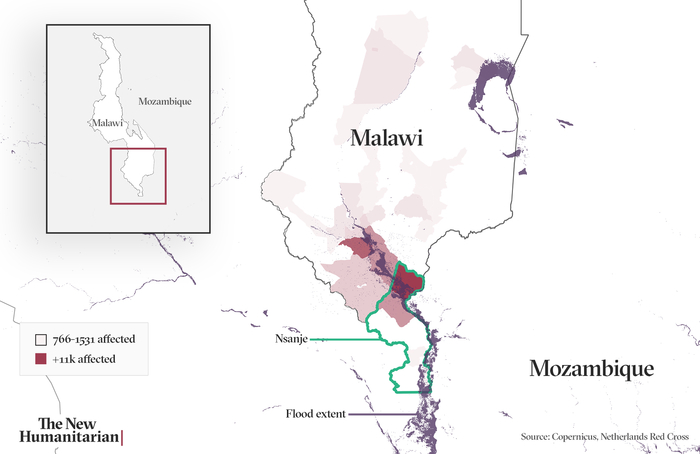 Local leaders, thanks to their intimate knowledge of the area’s topography, were able to explain how the floodwaters would move, helping MSF to target its interventions.

It was also through these discussions – spearheaded by Steven – that MSF realised that local communities had already established emergency evacuation points, and so were able to direct mobile clinics to the areas with the greatest need. “Because of that, it was easier for us to help them [than in 2015]; it was faster,” said Steven.

While aid from external actors was better focused and made a difference, Steven believes the most effective response to Cyclone Idai came from within affected communities, whose members took extraordinary steps to minimise the scale of this year’s disaster.

Although preparations differed from village to village, examples included: creating village-level civil protection committees that took responsibility for preparations; establishing early warning systems that used whistles to sound the alarm; and identifying assembly points on high ground and informing people how to get there safely when the waters began to rise.

Fishermen to the rescue

The most effective homegrown response, however, may have been the enormous rescue operation mounted by local fishermen in dugout canoes. The fishermen ferried tens of thousands of people to dry land over the course of several days.

One of those fishermen was a 32-year-old who gave his name only as Trouble. 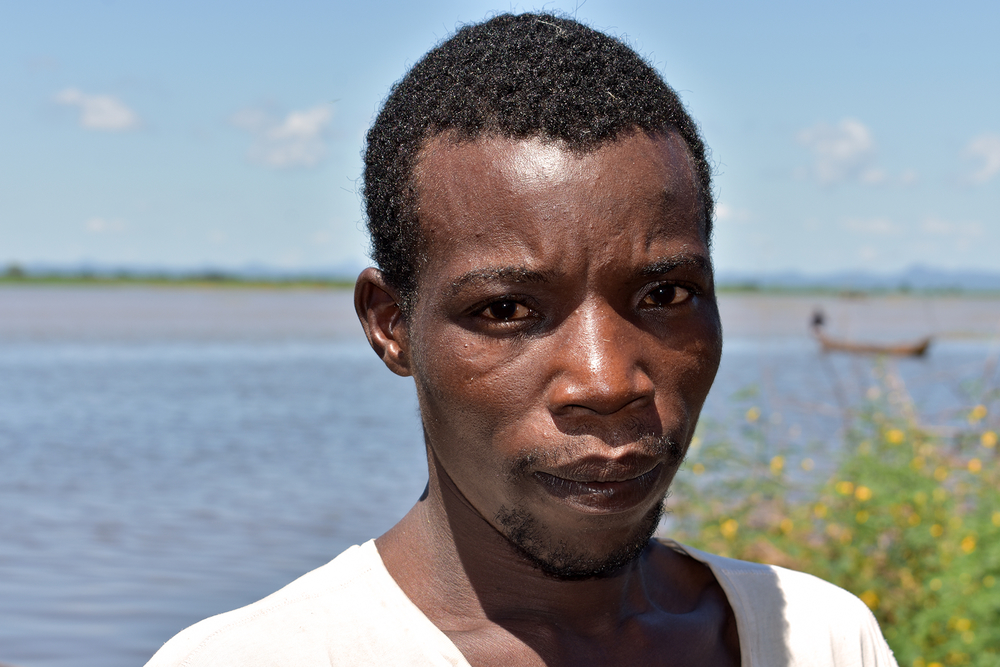 Simon Allison/TNH
Trouble is a fisherman and watchman who rescued stranded families from tree tops and high roofs.

A watchman at a port near Ndamera village in Nsanje – which straddles the Shire River and is surrounded by Mozambique – Trouble grabbed his canoe when the floods came and paddled across the vast new lake that had suddenly engulfed farmland and villages.

“I am one of them who was carrying the people,” he explained. “I would find them in the trees, or in rooftops. Most of them had no belongings.”

The people he found were hungry, injured, and traumatised. Some had been stuck in branches for days without food, he recounted.

“When the water came, we were only able to save our lives, not our belongings.”

Trouble’s was not an entirely altruistic service. He charged 1,000 Kwacha ($1.37) per person if they could afford it. But if they couldn’t, he would take them anyway, he said.

Some fishermen struck a harder bargain.

A woman who gave her name only as Maria said that when her village of Masanduko – a long swathe of cropland along the Shire River – became inundated, she sought refuge in a tree with her baby and five chickens. 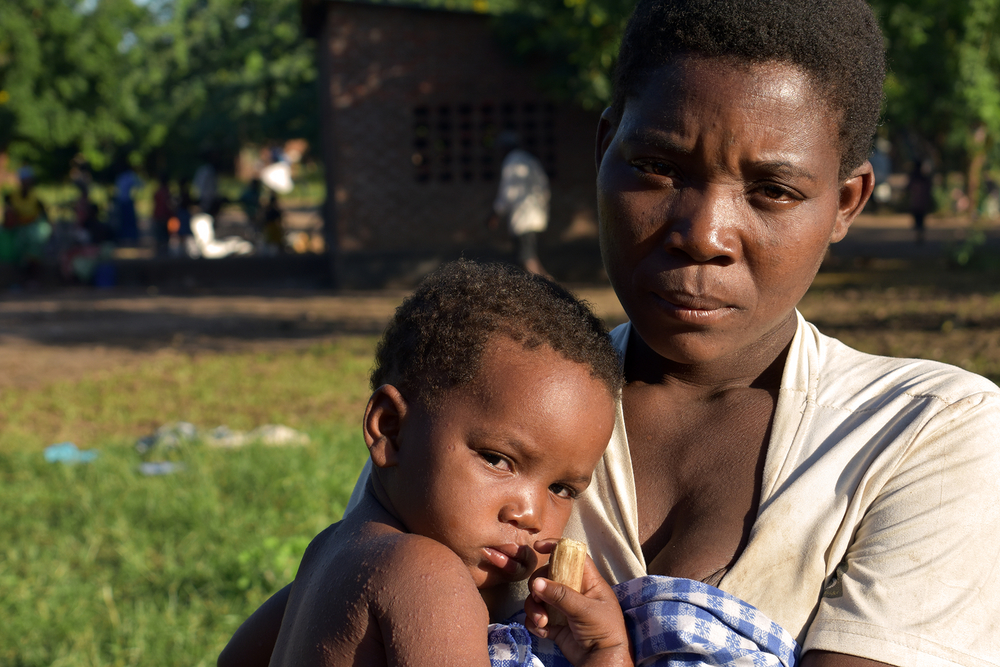 Simon Allison/TNH
Maria's village, Masanduko, was totally submerged by the floodwaters. She is now living in temporary accommodation at Khungu Bwe Camp in Chikwawa District.

Several long, lonely days passed before she saw rescue on the horizon, in the shape of a dugout canoe. “When the water came, we were only able to save our lives, not our belongings,” she recalled. “They asked me to pay, but I didn’t have any money.” After long negotiations, the fisherman finally accepted payment in the form of the five chickens. “All I have now is what I am wearing,” said Maria.

Once on dry land, Maria knew to make her way to a temporary shelter in Khungu Bwe Camp, in Chikwawa District – one of 187 such camps in the country.

Khungu Bwe is one of the camps where UNICEF is helping those displaced by the disaster. The UN agency has built temporary toilets, decontaminated the water supply, and even set up a theatre troupe to educate people on health, hygiene, and sanitation.

When The New Humanitarian visited Khungu Bwe, actors – drawn from around the region and speaking in the local Chichewa dialect – were performing a skit that warned of the dangers of open defecation. The crowd of several hundred people roared with laughter.

“Usually we call this theatre for development,” UNICEF’s Ken Limwame, who is running the programme, said. “This time, it’s theatre for emergencies. This is a traumatised population, and this gives them some psychosocial help as well as conveying an important message.”

UNICEF, too, credited careful preparations with saving lives – preparations inspired by a desire to respond more effectively than in 2015.

The agency had stockpiled supplies in strategic locations in the flood-prone region, which meant it was able to respond much faster than in the past. As UNICEF spokesperson Rebecca Phwitiko put it: “The only thing that would have been better is to have even bigger stockpiles.”

(TOP PHOTO: Households escaped the floods mostly via dugout canoe, with whatever possessions they could salvage from the rising water. This canoe is pictured in flood waters near Bangula in Nsanje district.)