Read about what we achieved.
PIBOR, South Sudan

On Saturday, a new ceasefire came into effect in South Sudan. But within hours it had been violated – terrible news for millions of South Sudanese in the midst of their “lean season”, when food stocks are low and heavy rains can arrive suddenly, washing out roads and links to lifesaving assistance.

July marks the peak of the hunger gap, when harvests are depleted just as new crops are planted. Without food distributed by aid groups, an estimated 7.1 million people – more than half the population – would go hungry. Continued conflict makes humanitarian access to many areas extremely difficult, as well as being deadly and disruptive for civilians.

Read more: For medical workers in South Sudan’s war, just reaching the sick is a challenge

“The conflict must end,” World Food Programme Country Representative Adnan Khan told IRIN. “It’s one of the main causes of hunger in South Sudan today, forcing millions of people to abandon their land, homes, and jobs, putting them at risk of hunger. We need both peace and sustained [humanitarian] access to succeed.”

The civil war, now in its fifth year, has claimed tens of thousands of lives, displaced more than four million people – either to other parts of South Sudan or to neighbouring countries – and, along with poor governance, done untold damage to the oil-rich country’s economy.

On 27 June, President Salva Kiir and his rival Riek Machar agreed that a "permanent" ceasefire would come into effect within 72 hours, and that humanitarian corridors would be opened up.

But, like numerous previous ceasefires, it was violated almost before the ink dried. The latest agreement builds on a flawed 2015 peace accord that has done nothing to end the conflict, and many analysts believe it is also destined to fail.

Without lasting peace, international aid organisations fear little progress can be made to help stem hunger in the world’s newest country, which has one of the world’s worst levels of food security (access to enough nutritious food for a healthy life).

“Food security goes beyond seasonality,” explains Alemu Manni, a project manager with the UN’s Food and Agriculture Organization. During conflict, “people are not able to cultivate their land and are forced to flee the country, disrupting their livelihoods.”

During last year’s lean season, an estimated six million South Sudanese experienced severe food insecurity. According to the FAO, this number dropped to 4.8 million after crops were harvested, and the number of people living in conditions of famine fell from 40,000 to 25,000. 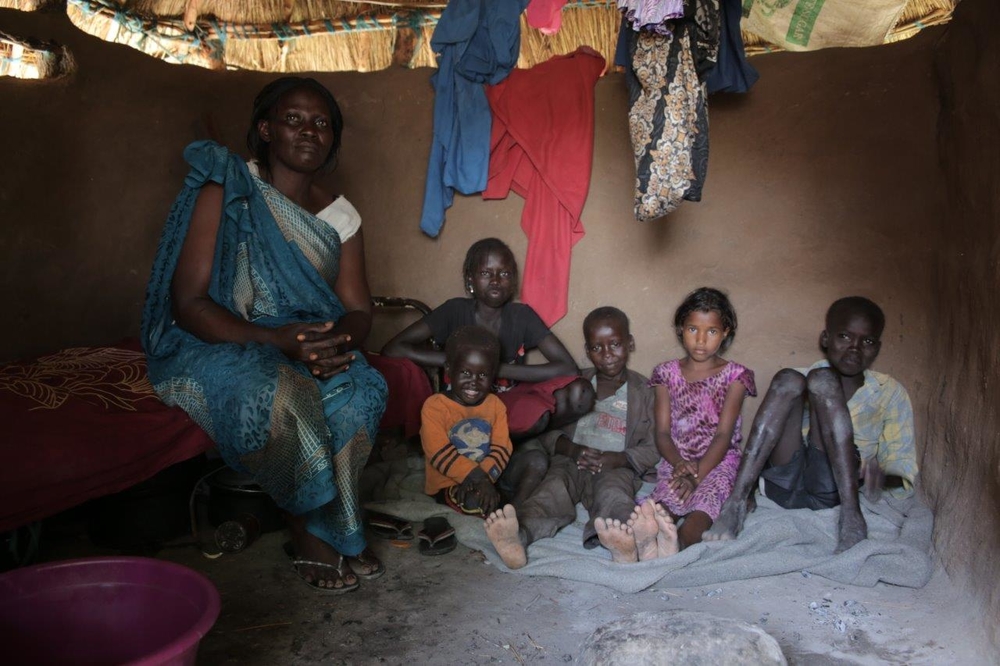 When the rains come

“All of our activities and lives revolve around food. It’s an all-consuming thought,” says Mary Amaik, a mother of six who has lived in Pibor for the past two years.

Pibor, a small town close to the Ethiopian border in eastern Boma State, lies on plains at the source of the Pibor River. It has a small market and an unpaved airstrip that fixed-wing aircraft can’t use during the rains because of the mud. So most aid is now flown in by helicopter, which is much more expensive.

South Sudan’s rains are dramatic. In just a few minutes, roads turn into streams thick with sticky mud, making it almost impossible for cars or trucks to pass. The rainy season runs roughly from May until October – just the time when people are hungriest.

Heavy raindrops hit the corrugated roof of Amaik’s home like a drum roll, the water washing off the dust and gushing into the thick, earthy soil.

“During the rainy season, my garden floods and the majority of my crops are destroyed,” Amaik says. “Right now, it’s a challenge to get food.” During the wetter months, she explains, it’s impossible for traders to reach her town by road.

“Even if we have money, there is no food in the market,” she says.

Agricultural yields have declined since the civil war broke out in December 2013. South Sudan is expected to produce a half a million fewer tonnes of cereal this year than its population requires, a shortfall similar to 2017.

Much of South Sudan’s food is now imported from Uganda, brought in along roads where armed attacks and looting are common. Yet even when supplies arrive, the prices keep them  beyond the reach of many.

The bags of sorghum in Amaik’s house were distributed by aid agencies. Sorghum, the main crop eaten in South Sudan, has risen in price almost fourfold since 2016. During the height of the last lean season, the price peaked at 560 percent above the previous year.

How bad is it?

Food insecurity is categorised into five “phases” of severity. The most extreme phase, “catastrophe/famine” was declared in the towns of Leer and Mayendit in northern Unity State in February 2017.

This year, limited access has made it impossible to gather the data needed to accurately assess the situation in some parts of southern Unity State. Recent fighting forced aid agencies to postpone deliveries of emergency food supplies to Unity.

“It was the hardest area to collect information from, but we know it’s an area of high concern,” says Philip Dau, director of monitoring and evaluation at the National Bureau of Statistics for South Sudan.

“We also saw indicators for food insecurity in Pibor, although these are not pointing to ‘catastrophe’. Sometimes, there are indicators – such as lack of food – but we find no evidence of crisis,” Dau explains.

Read more: How to declare a famine

Lack of access is a constant issue as the conflict fragments among more armed groups, according to Obia Achieng, chief of field operations for UNICEF in South Sudan.

“Nationally, we have conflict between the main parties,” Achieng explains. “Locally, there are dynamics between leaders, smaller conflicts linked to cattle raids, and communal conflicts which limit our access,” he says, adding that it’s difficult to deliver long-term assistance to children and women in south Unity. “But we are trying,” he adds. 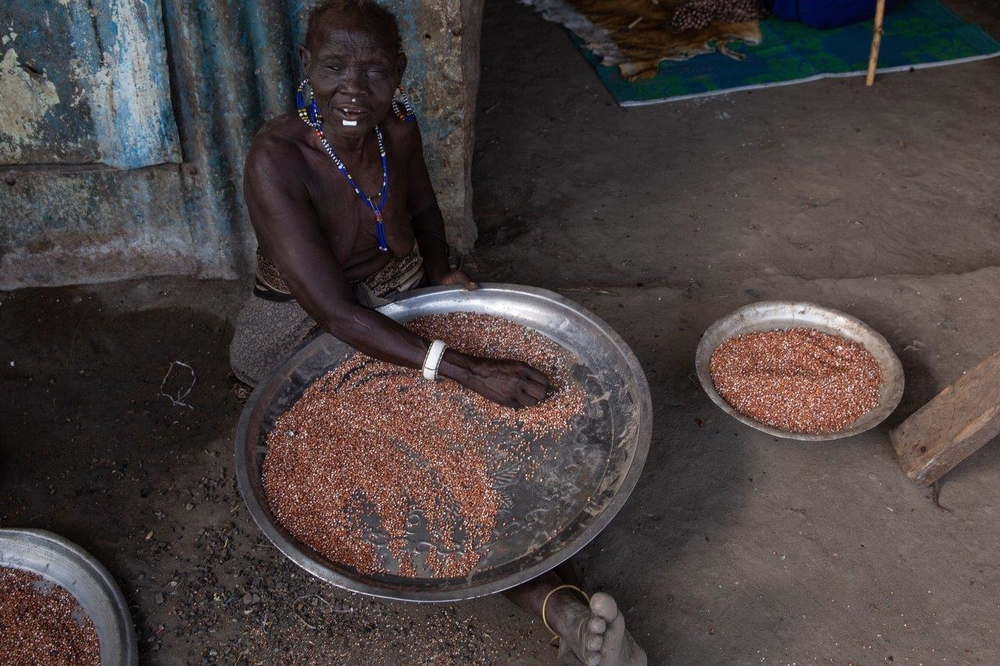 Depending on forests, and militias

For some South Sudanese, joining the conflict seems to be their only chance not to go hungry.

Martha, 15, is from Likuangole, a town near Pibor that is impossible to reach by road during the rainy season. She and her mother joined a local anti-government militia called the Cobra, hoping for better security and access to food.

“Likuangole is full of hunger. It was too difficult and that’s why we left,” Martha explains. “Many people from my town went to the bush. I carried luggage and food for the soldiers and they raided villages and cattle so we could have food,” Martha recalls. “We did it for the food.”

They recently left the ranks of the militia and returned home to Pibor. Martha attends school but says she’s struggling during this rainy season because of the lack of sorghum and vegetables.

In Pibor, as throughout South Sudan, women are largely responsible for planting and harvesting.

“Men – even my husband – tell me that I am ‘just’ a woman and that I don’t have rights. We do all of the field work and the planting,” says Amaik. “I think that men are part of the problem when it comes to hunger. The situation is worse, because they don’t work much.”

Stefano Temporin, who heads the South Sudan office of German NGO Welthungerhilfe, says many young men are often away from their homes at cattle camps. They “only return to their families with the start of the rainy season. Others may have been drafted by the various armed groups,” he says.

“I don’t know how they survive”

Although aid agencies provide food, seeds, and farming tools, people here frequently eat only one meal a day, gathering fruit from the forest. Sometimes, they are forced to kill their scrawny cows – often a family’s only asset and also widely used as dowry payments – for what little meat they provide.

“People in some areas are employing harmful survival tactics to try to tide them through tough times, including eating less, rationing, and [reducing] the diversity of food,” says WFP’s Khan.

For Amaik and her family, sorghum and wild fruits are their mainstays.

“During the rainy season, people migrate to Pibor from the villages, so they are not cut off from the market,” she says. “It’s better in Pibor.”

As for the people living in rural, secluded areas with little access to food, she notes: “I don’t know how they survive.”