In an abandoned warehouse at the back of a bus station in Belgrade, several hundred migrants and refugees, most of them young men from Afghanistan, spend their days trying to keep warm and talking about how they will leave Serbia and continue their journeys towards Western Europe.

Officially, since March, there has been no way for migrants and asylum seekers to travel north from Greece other than by successfully applying for family reunification or relocation. But there are options for those who can afford it. Smugglers are charging 1,500 euros to move people from Greece (usually Thessaloniki) to Belgrade, and the same amount again to get them to Western Europe.

But many only get as far as the Balkans before running out of money or encountering draconian government policies. Push-backs, detentions, and deportations are common throughout the region, with some activists describing a “ping-pong situation” in which people are endlessly pushed back and forth. 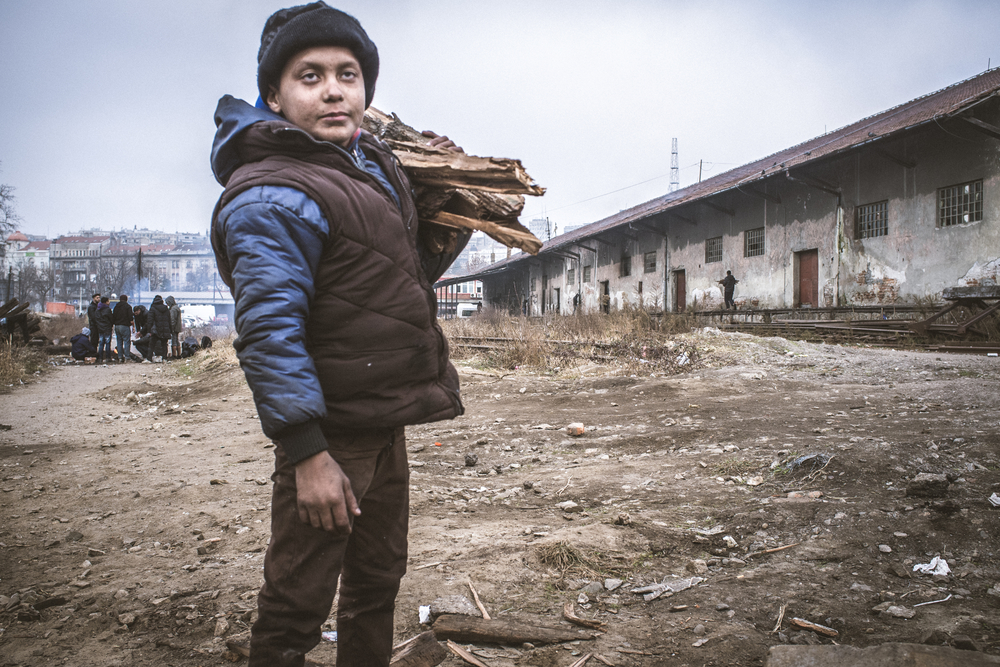 Over the weekend, Croatian police discovered 67 migrants from Afghanistan and Pakistan, including three children, crammed into the back of a smuggler’s van travelling from the Serbian border towards the capital, Zagreb. Many of the migrants were suffering from carbon monoxide poisoning as well as hunger and exhaustion. After hospital treatment, the migrants will likely be returned to Serbia.

Macedonia, Serbia, and Bosnia are all candidates for membership of the European Union, which means they are supposed to adopt and apply EU legislation. But the EU has paid little attention to the treatment of refugees and migrants in this region, particularly as border closures and push-backs have become increasingly common, even within the EU. A recent report by Macedonian NGO Legis notes that since the closure of the Balkan route, “policies have been amended to foster instead of mitigate protection and security risks to vulnerable populations in transit”.

No one knows exactly how many migrants and refugees are currently stranded in Macedonia, Kosovo, Bosnia, and Serbia. But in Serbia alone, the number is thought to be as high as 10,000.

An estimated 2,000 are living in abandoned buildings and containers scattered around the capital, Belgrade. Of the many threats they face, winter is perhaps the most serious. At night, temperatures often drop to between -4 and -10 degrees Celsius.

Leo, a volunteer with a local NGO who only gave his first name, told IRIN that more than 1,000 people were sleeping in the old barracks behind Belgrade’s main train station and many more were sleeping rough in the city’s streets and parks. “They stay in inhumane conditions, some of them in places that are not clean, and we are afraid of the possible outbreak of different diseases,” he said. 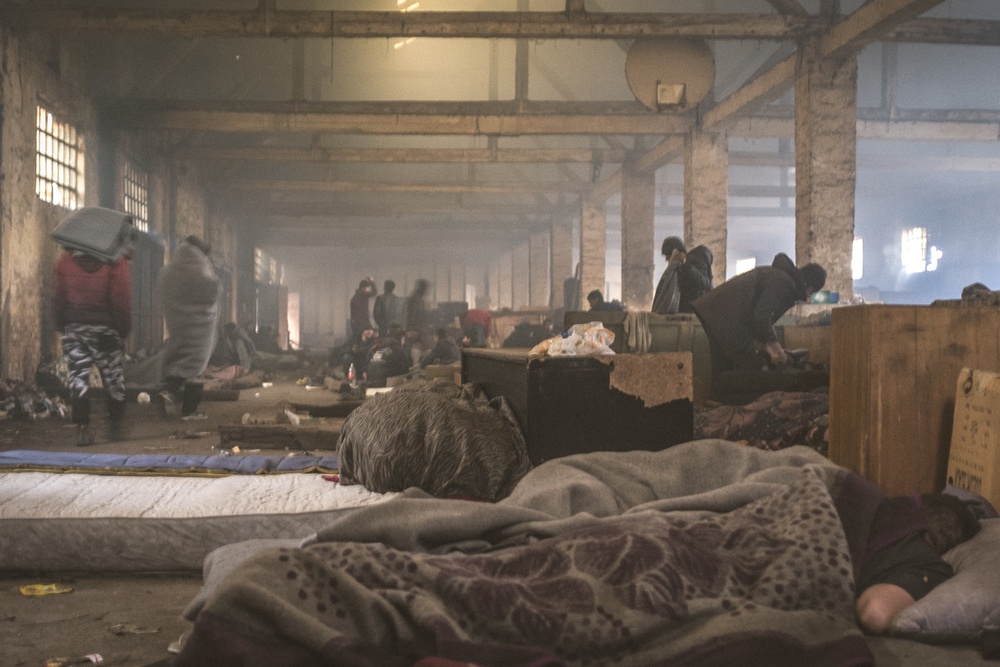 Around 800 migrants and refugees are staying in this warehouse, waiting for borders to re-open so they can continue to western Europe

The government runs 12 reception centres for migrants and refugees, but they are overcrowded and understaffed. Andrea Contenta, part of a team from Médecins Sans Frontières providing healthcare to the migrants, said, “the camps are overwhelmed and are currently failing to provide adequate levels of services for humane and dignified reception… relocating people into the existing camps is not a viable option”.

“A sustainable shelter plan needs to be put in place as soon as possible to avoid the catastrophic situation that is evolving,” he told IRIN.

Leo said that migrants and asylum seekers were opting to sleep on the streets, not only because of poor conditions in the government centres, but because they believed that registering with the Serbian authorities could prevent them from continuing their journeys westward. Many centres are also in remote locations, far from the borders they hope to reach.

For those staying outside the shelters, little help is available. Unlike in Greece, there are few volunteer groups working with refugees, partly because of strict rules imposed by the government. In November, the government informed NGOs that the distribution of food and clothing to those living outside state-run reception centres was “no longer acceptable”. Over the summer, attempts were made to shut down or relocate several organisations providing assistance to migrants, including Info Park Belgrade and Miksaliste. 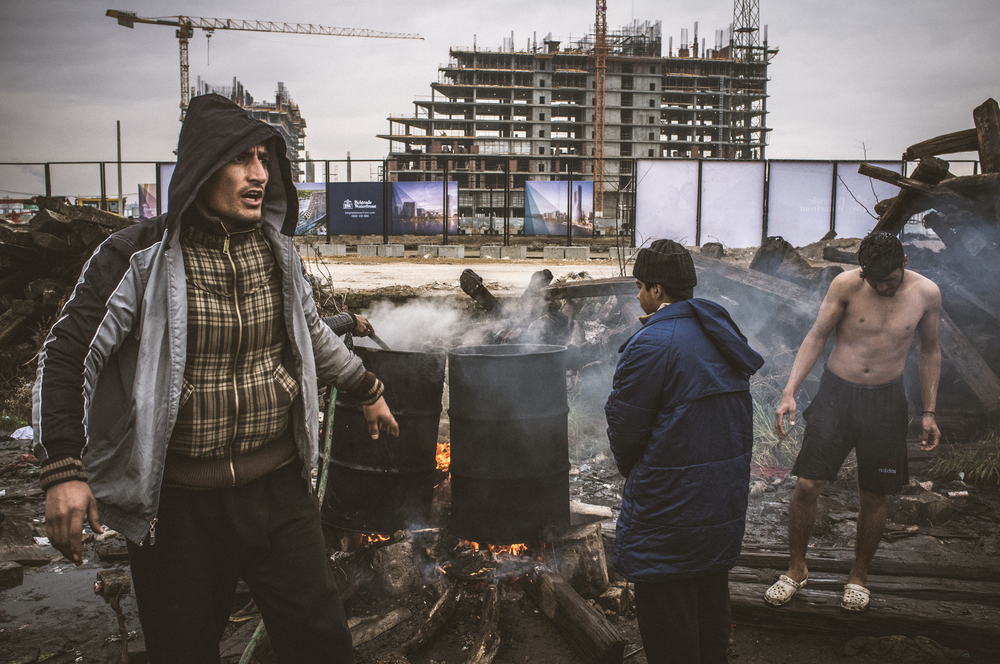 Last year, most migrants spent no more than a couple of days in Serbia before crossing into Hungary or Croatia and then into the EU. With both those borders now virtually impassable, more people are taking routes through Bosnia.

But those caught crossing into Bosnia are considered illegal migrants and kept in a prison-like facility near Sarajevo. Your Rights, a Bosnian organisation that provides legal aid, said children were among those being detained there.

“We believe this is absolutely illegal,” said Harisa Bačvić, a legal advisor with Your Rights. The organisation has reported the situation to state institutions dealing with human rights in Bosnia, as well as to the UN’s refugee agency, UNHCR. But in early December, five children were thought to still be in the detention centre.

Macedonia has also been detaining migrants, including children, since March this year when it closed its border with Greece.

“They are kept in these facilities without any legal grounds,” said Mersiha Smailovic, a human rights lawyer with Legis. According to Smailovic, 200 migrants are currently being detained in two facilities and have not been offered the opportunity to apply for asylum.

She said Macedonia was also facing a legal challenge by the European Court of Human Rights for legislation it has introduced allowing it to “push back” or return people caught crossing its borders from neighbouring countries.

According to UNHCR data cited in the Legis report earlier this month, 18,480 people have been pushed back from Macedonian territory since the beginning of 2016.

NGOs and activists report that the push-backs are often accompanied by violence. Nearly one in three patients attending MSF’s clinics in the Balkans report being subjected to abuse and violence.

“While smugglers may bear the responsibility for part of this violence, patients report that at least half is perpetrated by state authorities, responsible for push-backs, deportations, and expulsions,” Contenta told IRIN.

(TOP PHOTO: Refugees gather around a fire at the abandoned warehouse behind the bus station in Belgrade. Igor Čoko/IRIN)