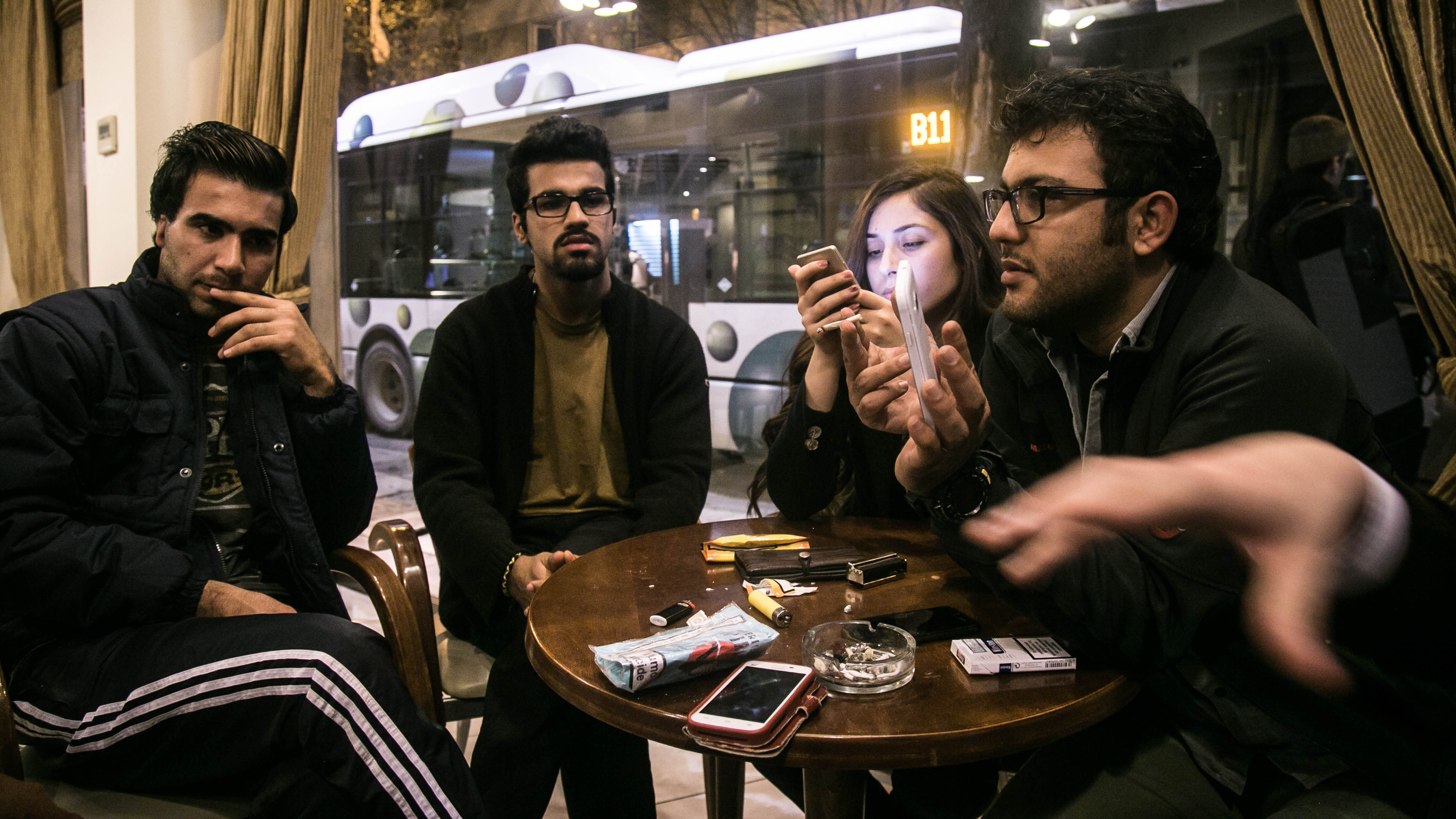 “Relocation does not work.”

With these words on Thursday, EU Migration Commissioner Dimitris Avramopoulos finally admitted that the bloc’s September agreement to relocate 160,000 asylum seekers from the frontline states of Greece and Italy to other EU states over two years has been a dismal failure. After the Commission revealed recently that only 272 asylum seekers had been relocated in the past four months, few could deny it.

Yet such candour is of little comfort to Maher Dahood, 40, a dental technician from the besieged Syrian city of Deir Ezzor, who is spending his 51st day awaiting relocation in an Athens hotel room. As night falls, he tucks his three-year-old son Mohamed into bed and descends to the hotel’s mirrored lobby to sit at a table where groups of other refugees linger in shared limbo. Some are waiting for a country to accept them; others have been accepted but are waiting for onward travel.

Aral Kakl, 29, an Iraqi-Kurdish journalist and former producer for Sky News Arabic, fled Iraq with his wife and brother after threats to his family in retaliation for his journalistic work. All three have been accepted for relocation to Finland, but 19 days later they are still in Athens with no idea when they will be moved.

“I heard 24 of us have been accepted to Finland, and we have to go together. But some of them were accepted 45 days ago. What does that mean? I have to stay here two months, three months?”

Although the refugees cannot choose their ultimate country of relocation, they can list their preferred countries, and family ties are supposed to be taken into account. Dahood is determined to be reunited with his brother in Germany after a devastating boat journey from Turkey. He swipes at his phone revealing a ghostly aerial photo of a submerged boat in cobalt blue waters.

“We were twenty-five metres from the island of Samos, but the driver crashed into rocks on the sea bed. My wife and two daughters were trapped in the hull of the boat.”

All three drowned. Dahood buried them in the Islamic cemetery on the nearby island of Kos before leaving for the Greek mainland.

“I still haven’t told my son exactly what happened. We just quickly need a place for a new life and then I will tell him everything.” 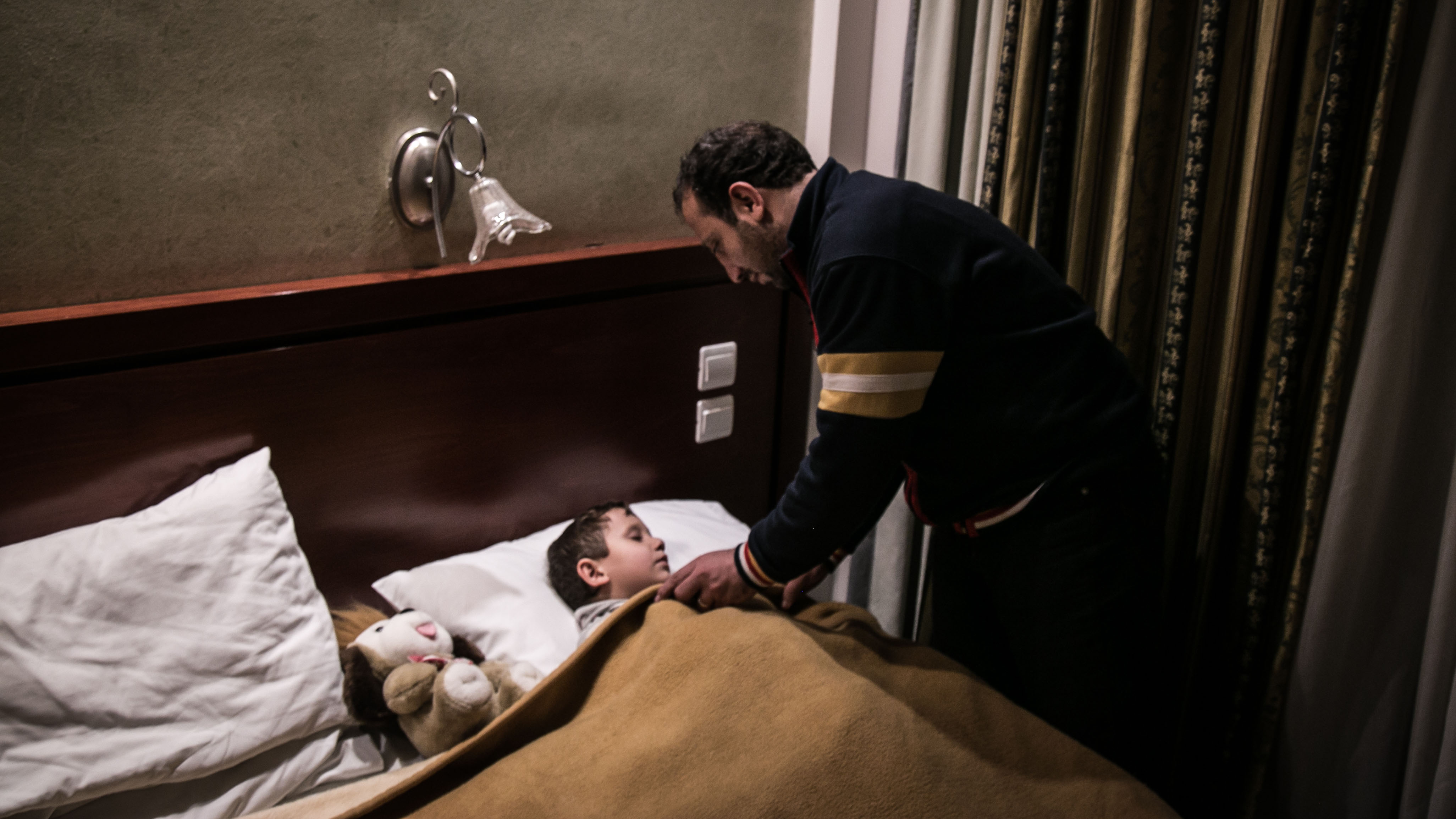 Photo: Nicola Zolin/IRIN
Maher Dahood, who lost his wife and two daughters on the boat trip to Greece, is now the sole carer of his three-year-old son

Dahood says he and his family initially tried to cross into Greece using the land border but were apprehended by Greek police and pushed back to Turkey. He says a Greek policeman stole his phone, and with it the only photos he had of his wife. Everyone at the table shakes their head and tuts.

“Why don’t they open an office in Turkey for this relocation? No smugglers, no boat, no death,” says Kakl.

There were hopes that the relocation scheme would result in a more even distribution of asylum seekers across the 28 EU member states and relieve some of the burden not only on Greece and Italy, but also on countries like Germany and Sweden that have taken in the majority of the new arrivals.

But if the relocation programme was a hard sell in September, security concerns following the terror attacks in Paris and the New Year’s Eve sexual assaults in Cologne have only hardened Europe’s attitude towards refugees.

Austria has suspended its participation in the relocation scheme, hardliners Hungary and Slovakia are challenging the numbers they are supposed to receive in court, and Denmark and the UK opted out from the beginning. Overwhelmed Sweden has reversed its involvement, asking to be a sending rather than a receiving country.

Refugees themselves have been ambivalent about the scheme or simply don’t know about it. Only six nationalities are eligible: Syrians, Iraqis, Eritreans, Yemenis, Bahrainis, and Swazis – based on the high percentage of asylum seekers from those countries who receive refugee status in the EU. Afghans, who represented around 20 percent of Europe’s refugee arrivals in 2015, are notably absent from the list as their likelihood of getting refugee status is well below the 75-percent threshold required for the programme.

Kakl says those who do qualify for relocation often wait for weeks, only to be told they will be sent to, for example, Cyprus or Bulgaria – countries they know nothing about. Many subsequently opt to leave the hotel and make their own way to a country of their choice.

"In the morning, some people get accepted to a country they don't like; by night they will have gone. Every night the same story"

“In the morning, some people get accepted to a country they don’t like; by night they will have gone. Every night the same story.”

Daniel Esdras, head of the International Organization for Migration in Greece, says refugees will only be encouraged to go to lesser-known countries once they hear positive reviews from other refugees who are already there.

“What we tell them is not enough. Let’s say you are coming from Syria, and I tell you that you are going to Latvia. They say ‘What is Latvia? Am I going to be put in prison there?’ They have to be convinced, and the only trustworthy source is the refugees already there to say: ‘this is nice, we are getting school for the children, we have a house’.”

Germany, no matter what

After the Paris attacks, host countries have been insisting on more security checks, which further delays the process and paradoxically often results in refugees quitting the programme and heading for northern Europe unchecked. But trekking up through the snowy Western Balkans is not feasible for everybody.

Mahmoud Khelife – a 53-year-old electrical engineer from Aleppo – and his wife have three teenage children who all have severe learning difficulties. Abdul Malik, 16, Aya, 18, and Mohammed, 19, bounce around the confines of the family’s hotel room. After 47 days, they are still waiting to be accepted by a country for relocation. 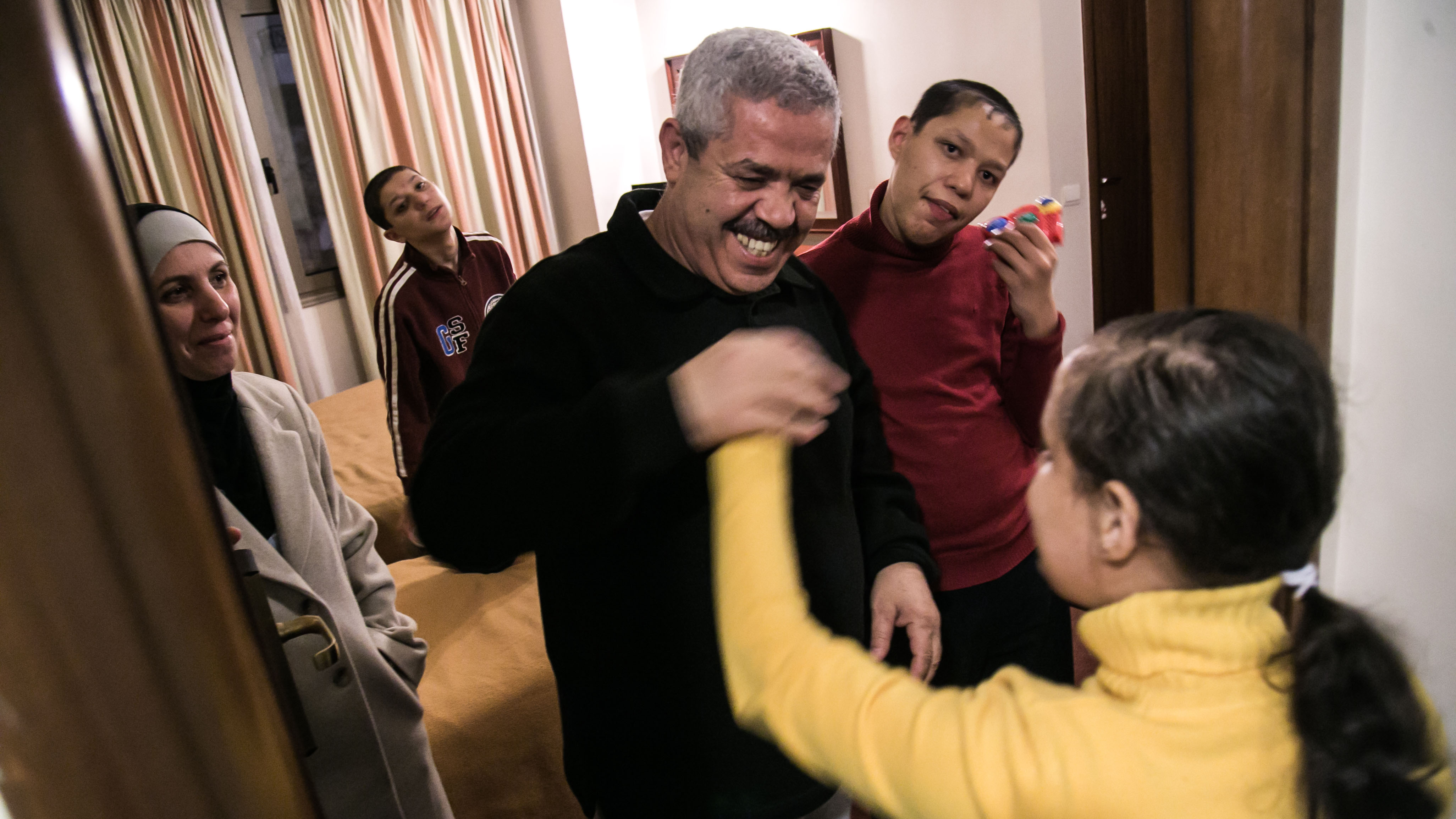 Photo: Nicola Zolin/IRIN
Mahmoud Khalife from Syria has applied for the EU relocation programme because of the difficulty of travelling through the Balkans with his three children - Abdul Malik, Aya and Mohammed - who all have severe learning problems

“My dream is to go to Ireland,” says Khelife. “I hear the doctors are good there, and they speak English. But no problem – I just need an answer from any country soon. I’m an old man. It doesn’t matter about me. It’s all about my children. Where will they go? They need special treatment.”

Dahood says he understands countries’ security concerns but insists he is set on reaching his brother in Germany, either through the relocation programme or on his own if he has to.

“It was never my plan to go to Europe… but we don’t have any other choice. In Syria I managed to dodge bombs by the regime and capture by ISIS, only to lose my family metres from Europe. We will get to Germany, even if they close every border.” 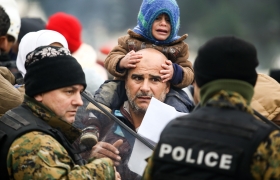