Tens of thousands of people are vulnerable to being trafficked in Southeast Asia, with governments struggling to understand and respond collectively to the problem, say experts and government officials.

A 2012 UN Office on Drugs and Crime (UNODC) report on human trafficking recorded more than 10,000 cases of trafficking in persons in South Asia, East Asia and the Pacific between 2007-2010, but it is unclear what the situation is today.

"Nobody has been able to convincingly demonstrate the scale of the problem, let alone come up with clear ways of how to address it," Sverre Molland, a lecturer at the Australian National University in Canberra who specializes in human trafficking, told IRIN.

"After all these years, we are still debating what trafficking actually is," he said, noting efforts to combat it were suffering from donor fatigue because of a lack of tangible results.

In 2011, 16-year-old Evi* left her remote village in Indonesia's Banten Province in the hope of making more money to help her family.

"My auntie introduced me to a broker who forged my travel documents so I could work," she said. "The broker then took me to a recruitment agency in Jakarta. I just wanted to earn more money. I thought God would protect me."

The agency arranged for Evi's travel to Jordan and placement as a domestic worker in Amman, but she soon found she was being exploited by her employer.

"I was allowed to sleep for about two hours a day, sometimes less," said Evi. "I had to take care of four children and clean the house. The mother and auntie of the children often beat me with sandals or punched me for no reason, and sometimes my nose bled."

In 2012, having endured physical abuse for over a year, her employer began to withhold her pay, and Evi attempted suicide by drinking a glass of kerosene.

"My employer found me unconscious and allowed me to rest, but the next day, they made me work again," she said.

Later, Evi ran away from her employer and roamed the streets of Amman looking for work until a local shopkeeper took her to a police station. Jordanian police then took her to the Indonesian Embassy, which arranged for her repatriation to a shelter for trafficked children in Jakarta, where she is recovering.

Cooperation between the 10 member states of the Association of Southeast Asian Nations (ASEAN) to tackle human trafficking has resulted in high-level initiatives and memorandums of understanding (MoUs).

"The MoUs should facilitate the exchanging of information and evidence between governments," said Sean Looney, operations, monitoring and evaluation manager at SISHA, an anti-trafficking and exploitation NGO in Phnom Penh, Cambodia.

"But in practice this does not happen at all. In a lot of human trafficking cases there's no resolution because there's no cooperation, despite the fact that agreements are in place."

According to Looney, cooperation was also hindered by a lack of trust between Cambodia and Thailand, and Cambodia and Vietnam, due in part to past conflicts.

Martin Reeve, a UNODC regional adviser on trafficking in Bangkok, said law enforcement agencies across the region were still developing.

"Securing a human trafficking conviction is at the best of times a difficult process," he said. "Intelligence-led policing is immature or non-existent, so the offenders arrested are less likely to be those organizing the trafficking, and police-to-police cooperation remains weak."

All ASEAN governments are part of the Bali Process on People Smuggling, Trafficking in Persons and Related Transnational Crime, a non-binding, voluntary forum co-chaired by the governments of Indonesia and Australia, which began in 2002.

Febrian Ruddyard, director of international security and disarmament at the Indonesian Foreign Ministry, said the Process had only recently begun to address trafficking in persons because not all countries had strong national legislation in place.

To date, all ASEAN governments have passed anti-trafficking legislation with the exception of Laos and Singapore.

Indonesia and Australia have faced challenges in encouraging members of the Bali Process to take practical action to address human trafficking, Ruddyard said.

"Many member countries are interested in the Process but attracting funding from them [for projects] is difficult, not only because the issue is still a low priority in some countries but also because the Process is non-binding," he said.

Ruddyard cited last year's creation of a regional support office in Bangkok to implement practical arrangements to combat trafficking, and a plan to use the Jakarta Centre for Law Enforcement Cooperation in Indonesia to train law enforcers across the region to better deal with human trafficking cases, as achievements of the Process.

Part of the problem lies at the local level.

Ahmed Sofian, national coordinator of ECPAT Indonesia, an NGO based in Jakarta working to end the commercial sexual exploitation of children, said there was little effort made by local law enforcement officials in Indonesia to deal with trafficking.

"There are economic benefits for those living close to the brothels that children are trafficked to," said Sofian. "Locals will gravitate to the area to sell food or provide security, and local police officers - often on low salaries - will ask for protection money from the owners of the brothels."

"This is why it's so difficult to eliminate trafficking," Sofian went on. "There's a local economy that grows up around it, and if the local government attempts to close these brothels, the police will become angry."

Jonhar Johan, an official at the Indonesian Women Empowerment and Child Protection Ministry, agreed, saying local implementation was a problem.

A young girl in rural Laos 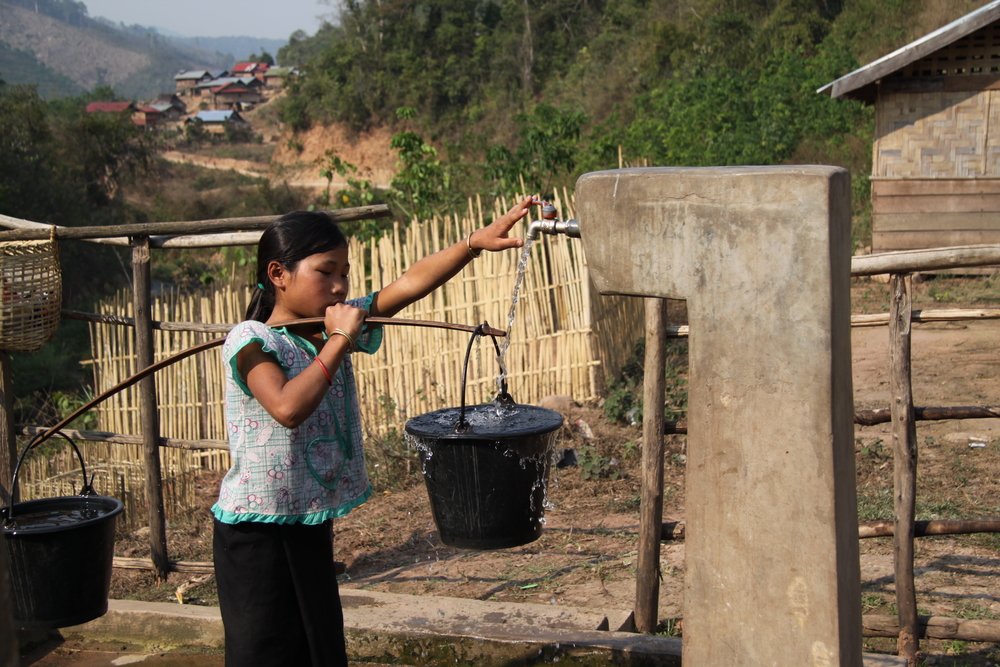 Of Indonesia's 497 districts, only 88 have anti-trafficking task forces.

"We need the commitment of district governments and police, but generally it is lacking," he said. "The districts need to. develop their own task forces."

Johan also said that even when trafficking victims were identified and returned home by the authorities, they remained vulnerable to being re-trafficked.

"We offer them financial help so they can start up small businesses when they return home, but when we visit them to formalize this, we find they've gone," he said. "Many victims are poor and they see the economic gain from working abroad, so maybe they leave home again because of the money. Traffickers like these kinds of people."

According to SISHA's Looney, while the Cambodian police's anti-human trafficking and juvenile protection division tackled human trafficking, at the district level police were hamstrung by a lack of funds.

"The police have to use their own money for fuel to go to interview victims, bring victims to court and feed the victims [while they are in police custody]," he said. "They don't have access to basic operational costs, and it's unclear whether that's down to ineptitude, a lack of funds, or whether funds are being siphoned off elsewhere."

"Many local police officers are just looking for support so they can do their jobs. The average police officer wants to tackle the problem and help victims, but practical requirements make it difficult for them," he said.

"There's been a lot of work done on the Greater Mekong Region for many years on trafficking, but it's become more complex, as it's now inextricably woven with labour migration, which is a much more difficult nut to crack because it is less easy to detect than trafficking linked to the sex industry."

"For cross border trafficking, people must pass through the hands of several government agencies, but internally trafficked people need not come to the attention of any officials, so in many ways it's a more alarming situation," he said.

The US Department of the State's 2012 Trafficking in Persons Report categorizes most ASEAN countries as Tier 2, meaning they do not fully comply with minimum standards for the elimination of trafficking, but are making significant efforts to do so.