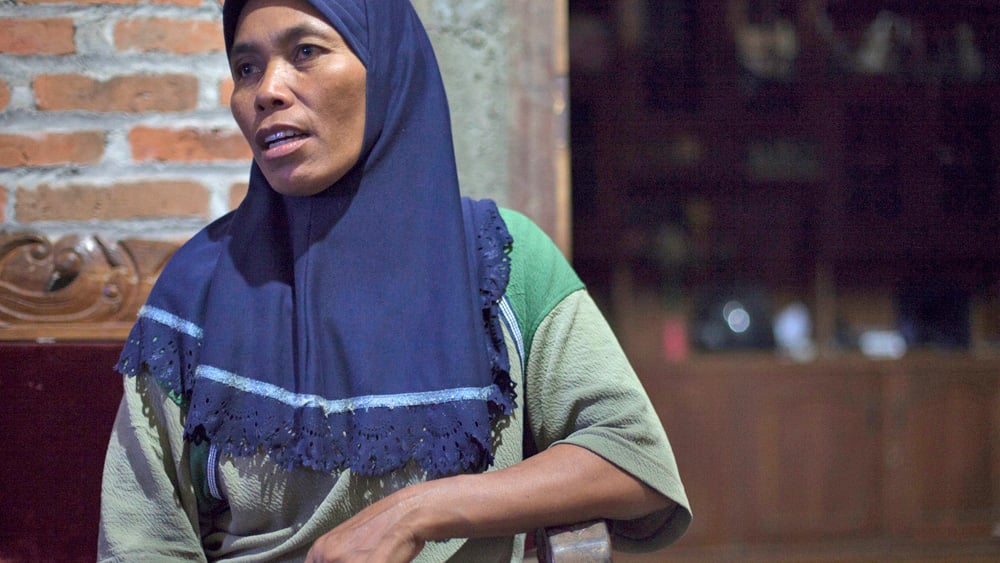 “I want to return to being a farmer and to feeding my family, but I will continue to oppose the mine project,” said Tukijo, 47, speaking to IRIN from the main prison in Yogyakarta City, in central Java, Indonesia.

Tukijo, who, like many Indonesians, goes by only one name, was given a three-year jail sentence in March 2012, after allegedly abducting an employee of a mining company - a charge he denies.

His arrest comes after several years of escalating opposition by residents of Kulon Progo, a coastal farming community in Yogyakarta Region, to a project to mine iron deposits in the sand beneath their farms.

“We want to preserve our environment, and we want to exercise our right as citizens to stay on our land,” he said.

He and other community members say he was jailed in an effort to silence the community’s opposition.

According to Indonesia’s Central Bureau of Statistics, mining accounts for 12 percent of Indonesia’s GDP; the country is one of the world’s largest producers of tin, copper and coal.

But the push to exploit natural resources is increasingly being matched by resistance from affected communities, who often feel these projects lack regulation and that they benefit little.

“There are many conflicts linked to land disputes in a number of areas, and these usually involve the local communities and plantation owners, mining concession holders or other institutions,” a parliamentarian told the Jakarta Globe.

Twenty-five farmers were shot, resulting in three deaths, during conflicts related to land disputes last year, according to the Consortium for Agrarian Reform.

In January, the governor of East Kalimantan Province announced a one-year ban on new permits for forestry, mining and plantation concessions, citing the need to reduce land disputes between companies and local communities, media reports say.

“People now believe these projects are always damaging to the environment and don’t benefit local communities, so there is more and more opposition to them,” says Tommy Apriando, a Yogyakarta-based researcher for Mongabay-Indonesia, a local environmental publication.

Kulon Progo’s iron sand mining project, a joint venture between Australia’s Indo Mines Limited and Indonesia’s Jogja Magasa Mining, began in 2007 on a sliver of land owned by the Sultan of Yogyakarta.

But many local residents opposed this first pilot phase of the project. Their concern, said Suparlan, the director of the Yogyakarta office of Walhi, an environmental NGO, is that extracting iron from the beach’s sand could weaken the barrier against salt intrusion from the ocean into coastal farms.

The mining venture has since proposed expanding its operation to cover a 1.8km by 22km area. The area is currently home to some 20,000 people.

Residents of Kulon Progo have refused to discuss land sales with either the government or mining conglomerate.

Local residents say the project has progressed with little transparency.

Isyanti, a local resident, said the company began exploring the project without engaging local residents. She interpreted the silence as a sign that “the company would only speak with us when it felt it had to”.

She said that in 2010, the government held an event in Kulon Progo billed as a “public meeting” for community members to engage in dialogue with the government and air questions and grievances. The hitch, she said, was that members of the local community were barred from attending.

“The government says they are representatives of the community and speak on our behalf, but their actions suggest to us that they only serve private interests in this case,” she said.

However, according to Junianto, head of government’s Kulon Progo mining department, the situation on the ground has changed.

“There was some initial opposition, but we have conducted a series of discussions with the community to make them understand that the project is for their own benefit and will not damage the environment. Members of the community have been involved in the reclamation, and the company has set up a pilot plant to give the public an idea of what the plant will look like."

Meanwhile, 34-year-old Toto Widodo, a local chili farmer, predicts tensions between residents and local authorities will continue. Another farmer, Prapto Utomo, 53, said he would resist “at any cost” pressure to sell his land.

Speaking on the condition of anonymity, an Indonesian academic in Yogyakarta, who worked with the government as it assessed Kulong Progo’s mining potential, said public attitudes about the project had become so negative that he and his colleagues have been forced to distance themselves from it. 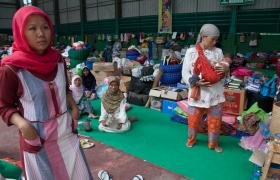