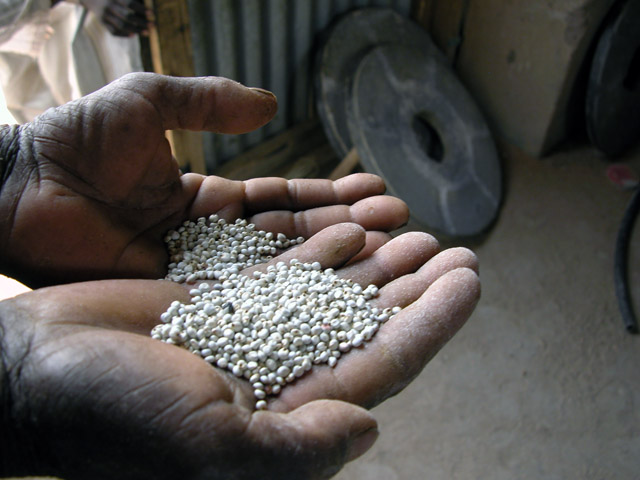 The world can expect to become about 0.2°C warmer per decade for the next two decades, according to several scenarios prepared by the Intergovernmental Panel for Climate Change (IPCC). Even if the concentrations of all greenhouse gases and aerosols were kept constant at the levels they were in 2000, further warming of about 0.1°C per decade would still be expected.

The rising temperature has already begun to affect human lives and will continue to do so. Here is a brief look at how.

Climate change is giving rise to extreme events such as heat waves, droughts, floods and hurricanes. The IPCC says the number of heat waves has increased since 1950, and the number of warm nights has risen across the globe. Hurricane frequency and the intensity and duration of tropical storms are greater, with tropical cyclone activity growing since about 1970.

Globally, a larger number and proportion of hurricanes have been reaching category 4 (sustaining winds of 210km/h to 249km/h) and 5 (winds stronger than 249km/h) since 1970, particularly in the north Pacific, Indian and southwest Pacific Oceans. In March 2004 the first tropical cyclone in the south Atlantic was recorded off the coast of Brazil.

Some parts of the earth are getting wetter: various studies have shown that from 1900 to 2005, rainfall increased significantly in eastern parts of North and South America, northern Europe and northern and central Asia.

Other parts are getting drier: rainfall declined in the Sahel, the Mediterranean region, southern Africa and parts of southern Asia. According to the IPCC, the area affected by drought has increased since the 1970s.

The UN Environment Programme (UNEP) often uses the example of Lake Chad, located between Chad, Cameroon, Nigeria, and Niger - once the world's sixth largest lake, now dramatically smaller - to illustrate declining rainfall in the Sahel. Satellite images show that in the past 35 years the lake has shrunk to one-tenth its size because of persistent droughts and increased agricultural irrigation.

Studies cited by IPCC, other UN agencies, and the UN Framework Convention on Climate Change (UNFCCC), show that as droughts occur more often and become more severe, Africa will face growing water scarcity and stress, with the potential to increase conflicts over water. Almost all of Africa's 50 river basins are transboundary.

Agricultural production, which relies mainly on rainfall for irrigation in many African countries, will decrease. Harvests could shrink up to 50 percent by 2020 in some countries, with net crop revenues dropping as much as 90 percent by 2100. Agricultural land will also be lost. Africa's many small-scale farmers would be hardest hit, adversely affecting food security in the continent.

According to national assessments, climate change will lead to smaller subsistence crops, e.g. sorghum in Sudan, Ethiopia, Eritrea and Zambia; maize in Ghana; millet in Sudan; and groundnuts in Gambia. Africa may well account for the majority of additional people at risk of hunger due to climate change by the 2080s, said a study cited by the UNFCCC.

The population at risk of increased water stress in Africa will reach between 75 million and 250 million by the 2020s, and 350 million to 600 million people by the 2050s, the IPCC has projected.

On the other hand, the UNFCCC has predicted higher rainfall over most of Asia, particularly during the summer monsoon, could extend flood-prone areas in East Asia, South Asia and Southeast Asia. In Central and South Asia, crop yields are predicted to fall by up to 30 percent, creating a very high risk of hunger in several countries.

The two main causes of global sea level rise are thermal expansion of the oceans (water expands as it warms) and the loss of land-based ice, which is melting more quickly, according to the IPCC.

Observations since 1961 show that the average temperature of the global ocean has increased as far down as 3,000m, and that the ocean has been absorbing more than 80 percent of the heat added to the climate system, the IPCC said, causing the seawater to expand as it warms, pushing the sea level upward.

Mountain glaciers and snow cover have become smaller on average in both hemispheres, which has also contributed to the sea level rising. New data shows that the melting ice sheets of Greenland and Antarctica "very likely" contributed to sea level rise between 1993 and 2003.

The IPCC expects an accelerated rise in sea level of up to 0.6m or more by 2100. Unless coastlines are protected, flooding caused by sea-level rise could grow tenfold or more by the 2080s, affecting more than 100 million people per year.

Those living in deltas would be especially vulnerable. Sea-level rise will extend the areas of salinisation of groundwater and estuaries, which means there will be less in fresh water available for humans and ecosystems in coastal areas.

More than 158,000 people in Europe may suffer as a result of coastal erosion or flood risk by 2020, while half of Europe's coastal wetlands are expected to disappear.

In the cities of Alexandria, Rosetta and Port Said on the Nile delta coast of Egypt, a sea-level rise of 50cm could result in over two million people abandoning their homes, the loss of 214,000 jobs, and the loss of land valued at over $35 billion, according to the IPCC.

Rising sea-level could increase flooding in Africa, particularly along the coasts of eastern Africa, which will increase the high socio-economic and physical vulnerability of coastal cities, with health implications. The cost of adapting to this phenomenon could amount to at least 5 percent to 10 percent of gross domestic product.

Studies over many years have shown a decline in snow and ice, especially since 1980, with a more rapid decline during the past decade. According to the IPCC, most mountain glaciers and ice caps are receding (starting about 1850), snow cover is retreating earlier in the spring, sea ice in the Arctic is shrinking in all seasons - most dramatically in summer - and reduced permafrost, seasonally frozen ground, and river and lake ice are being reported.

Although many Northern Hemisphere glaciers had a few years of near balance around 1970, this was followed by increased shrinkage. The ice sheets of Greenland and Antarctica are getting smaller.

In the short term, the melting glaciers in the Himalayas bring an increased risk of flooding and soil erosion, with mudslides in Nepal, Bangladesh, Pakistan, and north India during the wet season. Because the melting of snow coincides with the summer monsoon season, any intensification of the monsoon and/or increase in melting is likely to contribute to flood disasters in Himalayan catchment areas.

In the longer term, global warming could drive the snowline back, with the disappearance of many glaciers causing serious harm to the populations relying on Asia's main rivers, many of which are fed by meltwater from the Himalayas. One billion people throughout Asia could face water shortages, land degradation or even drought by the 2050s.

Climate-sensitive risk factors and illnesses are already among the most important contributors to the global disease burden, including under-nutrition (estimated to kill 3.7 million people per year), diarrhoea (1.9 million) and malaria (0.9 million), according to the World Health Organisation.

Rising temperatures and the frequency of extreme events could aggravate climate-sensitive illnesses, and future climate change is likely to continue to adversely affect human health in Asia, according to the IPCC.

Diarrhoeal diseases primarily associated with climate change are expected to kill growing numbers of people in South and South-East Asia as warmer coastal waters exacerbate the abundance and/or toxicity waterborne diseases like cholera in these regions. In north Asia the natural habitats of vector-borne and waterborne diseases are likely to expand, exposing more people to sickness.

While some studies show that the incidence of malaria could spread in Southern Africa and the highlands of eastern Africa, the news is not all bad. IPCC projections show that by 2050, and continuing into 2080, a large part of the western Sahel and much of southern and central Africa is likely to become unsuitable for malaria transmission.