In recent years, it’s become an annual ritual on World Refugee Day for the UN’s refugee agency, UNHCR, to declare that levels of forced displacement have reached an “unprecedented high”.

This year is no exception. As of the end of 2016, there were 65.6 million people worldwide forcibly displaced from their homes by war, violence, or persecution. That figure encompasses 40.3 million people displaced within their countries’ borders (IDPs) and 2.8 million asylum seekers, as well as 22.5 million refugees.

While 2016 was another record year for forced displacement, the increase from 2015 was only 300,000. That may not sound like cause for celebration, but when you consider that the figure in 2015 jumped by 5.8 million from the previous year, it is something of an improvement.

Just over half a million refugees returned home in 2016, more than double the number that did so in 2015. That also sounds like progress until you consider that most (384,000) returned to Afghanistan under severe pressure from reluctant host countries, Pakistan and Iran.

Refugee resettlement also rose slightly in 2016, progress that we know has been reversed in 2017 by US President Donald Trump’s executive order capping the US intake at its lowest level in 10 years.

In 2016, just as in 2015, more than half of refugees (55 percent) came from just three countries, but South Sudan has replaced Somalia as one of those countries. Syria and Afghanistan remain in the top two spots.

Contrary to public perceptions in the West, the vast majority of refugees (84 percent) are still being hosted in the developing world. The top three host countries at the end of 2016 were Turkey, Lebanon, and Pakistan (although Uganda is likely to enter the top three this year as it continues to absorb the majority of South Sudanese refugees).

IRIN’s coverage of refugees and forced displacement is year-round and not dependent on how many boats arrive in Italy or Greece. Below is a selection of our 2017 work designed to highlight more recent developments and the wide range of issues facing refugees around the globe today:

Fleeing a broken Venezuela – Well before tempers boiled over onto the streets with daily protests, Venezuelans were battling a severe economic crisis and spiralling rates of violent crime. In January, Magnus Boding Hansen documented the desperation – from the food shortages and constant insecurity to the crisis in the underfunded healthcare system. A film by Kamilia Lahrichi chronicled the situation from the point of view of two doctors so crippled by the lack of medicines and basic equipment that they struggle to make diagnoses, let alone provide treatment.

Blocked by Trump, unwanted by Kenya, Somali refugees face new crisis as famine looms – Among the biggest losers from President Trump’s much contested “travel ban” were refugees who had already been through a lengthy application and vetting process for resettlement to the United States. IRIN’s Africa Editor Obi Anyadike spoke to a Somali refugee and single mother in Nairobi’s working-class suburb of Eastleigh who had been poised to start a new life in Ohio with her daughter when Trump’s executive order put those plans on hold. Life for Somali refugees in Kenya has become ever more precarious as the government issues deadlines for their repatriation back to Somalia, a country on the brink of its second famine in six years. 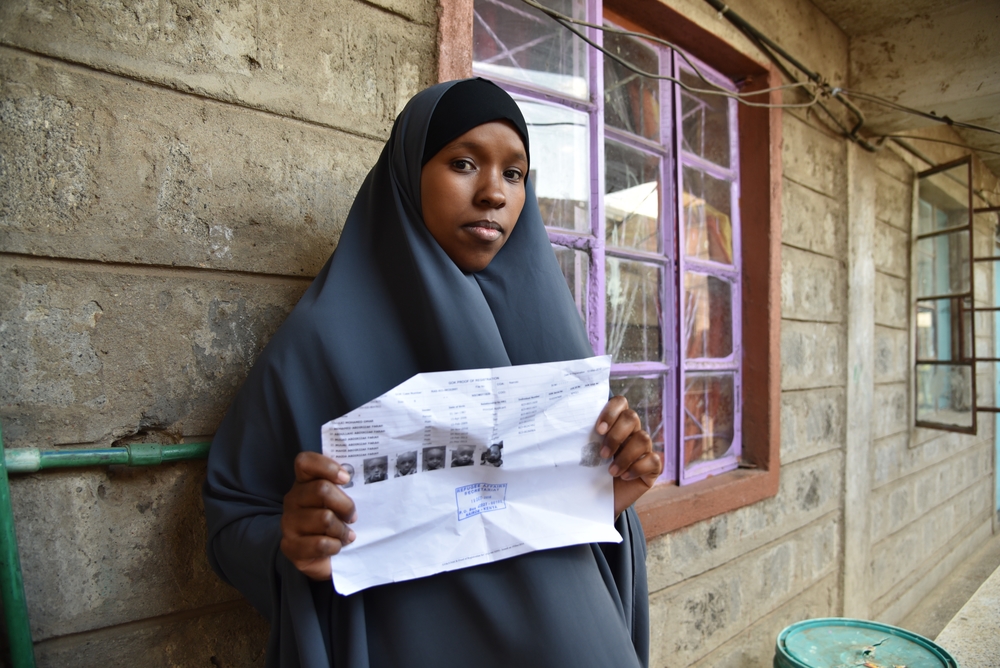 Closure of conflict camps test CAR reconciliation – Muslims and Christians have not lived together in significant numbers in Bangui since before Central African Republic’s bloody conflict broke out in 2013. But in February, the government started closing camps for the internally displaced in the capital even though it was unclear where residents would go. With their homes mostly destroyed and their safety far from secured, returnees told regular IRIN contributor Philip Kleinfeld they still lived in fear of armed groups and had received little or no money from the government to help rebuild their lives.

Barefoot flight from Mosul – In early March, regular IRIN contributor Tom Westcott met some of the people fleeing west Mosul after three terrifying years living in so-called Islamic State’s last stronghold in Iraq. Hunger and falling mortars had finally driven thousands of families to risk their lives walking through the front lines of the Iraqi army’s offensive against IS. Several of the displaced told Westcott that IS had stormed their village and forced them to live in empty houses in Mosul so they could be used as “human shields” when the inevitable battle began.

Jordan looks to turn refugee crisis into economic boom -  With financing from the international community and the World Bank, Jordan is trying a radically new approach to the Syrian refugee crisis. The Jordan Compact is an attempt to view refugees as “a development opportunity” rather than a burden and has been welcomed as a potential blueprint for other host countries looking to reduce their dependence on foreign aid. But reporting for IRIN, Sara Elizabeth Williams found that Jordan is struggling to translate this new approach into more jobs for Syrians, many of whom had not even come forward to apply for work permits. Distrust of the authorities is one factor, but also the nature and location of the jobs on offer at factories in Jordan’s Special Economic Zones. 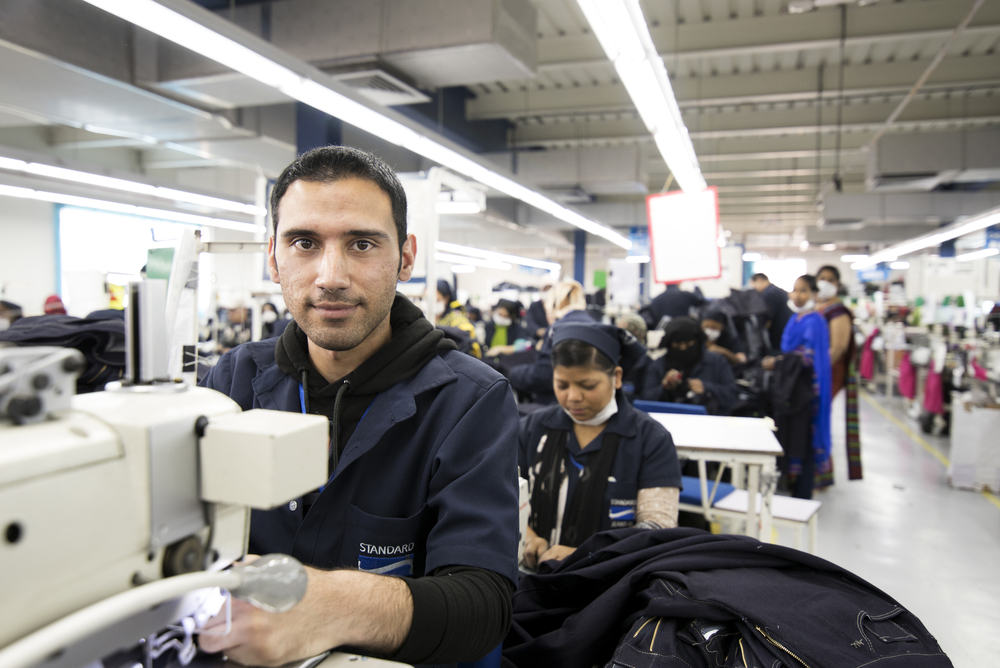 Alisa Reznick/IRIN
Mohammad Amr, 25, is one of only a handful of Syrians working at the Classic Fashion factory in the Al Hassan Industrial Complex in Amman

Pushed out of Pakistan into worn-torn Afghanistan, refugees are told to be ‘patient’ – More than 600,000 Afghan refugees were pressured to return home from Pakistan last year, even as conflict in their home country intensified, against the backdrop of a collapsed economy. Pakistan paused its repatriation programme in December but resumed it in early April. Soon afterwards, IRIN contributor Ali Latifi reported on the Afghan government’s impossible task of trying to provide land and assistance to the large number of returnees, many of whom could not safely return to areas under Taliban control. In Pakistan, a campaign of harassment of the estimated one million Afghan refugees unable to register with the authorities has continued.

Hardening European policies keep refugee children apart from their families – This collaboration from IRIN contributors in Berlin and Amman saw Holly Young meet two 15-year-old Syrian cousins who had travelled to Germany in 2014 while Sara Elizabeth Williams talked to the families they had left behind in Jordan. Germany is among several EU states to have adopted increasingly restrictive family reunion policies for refugees in recent years. After three years in Germany, the two cousins were no closer to being reunited with their parents and siblings. Refugee organisations point out that integration is a pipedream when refugees can’t even be joined by their spouses, children, or parents. These prolonged separations can also have profound negative consequences for the family members left behind.

(TOP PHOTO: Families fleeing fighting near Mosul arrive at an army checkpoint on the outskirts of Qayyarah. Ivor Prickett/UNHCR)