Gunshots suddenly crackled as Stephanie and her colleagues went about a routine seed distribution in a small farming community in South Sudan’s Upper Nile State.

The moment she heard the bullets zipping through the air, the young aid worker knew the country’s civil war had caught up with her.

“[There were] bullets everywhere. Rampant shooting and three dead – one was a child, one was a pregnant woman and one was a man,” said Stephanie, whose real name has been changed to protect her identity.

Back then, the 26-year-old from the south-central town of Kajo Keji worked for a local aid agency without the means to coordinate or pay for a rapid evacuation of employees.

With the help of other staff on the ground, Stephanie had to formulate her own evacuation plan: She used the river to navigate to Ethiopia, rented a car, and drove to the Ethiopian city of Gambella. Once in Gambella, Stephanie bought a plane ticket back to the relative safety of Juba, the South Sudanese capital.

“I think that if it was an [international] NGO evacuation perhaps they would have sent a flight to pick me up, but I had to find my [own] way out. At the end of the day, I was reimbursed,” she explained, matter-of-factly.

Danger is by no means a rare experience in the aid world, where agencies provide help in the most difficult of circumstances. But no aid workers risk quite as much as national staff.

Eighty percent of the estimated 208 aid workers killed, kidnapped or seriously wounded worldwide in 2016 were local, according to the Aid Worker Security Database’s most recent records.

Last year, South Sudan overtook Afghanistan in the list of countries with the most attacks on aid workers, with an estimated 82 humanitarians murdered since the start of the country’s civil war in December 2013. There were 24 deaths in 2016 alone, according to the UN’s humanitarian chief in South Sudan, Eugene Owusu.

The worst month so far for humanitarians was March this year, when six aid workers and their driver were killed in an ambush in Pibor, in the country’s east. Four of the dead were national staff, all belonged to Grassroots Empowerment and Development Organisation, a UNICEF partner.

No one has been held accountable for the murders, though a vigorous blame game has ensued between the warring factions. 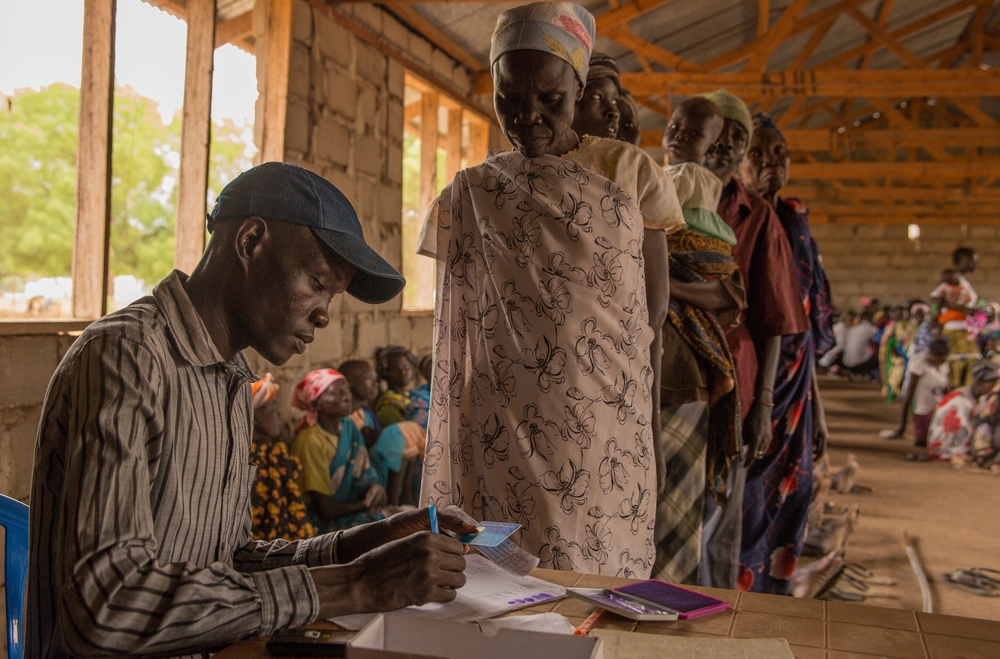 The humanitarian needs are immense in South Sudan. As a result of a vicious civil war between sides loyal to President Salva Kiir and his former deputy, Riek Machar, 5.8 million people are in need of aid, about 3.6 million have been forced from their homes, and famine has been declared in parts of Unity State.

The proliferation of armed groups hinders humanitarian access and the delivery of aid.

“The spread of conflict across South Sudan has made humanitarian access negotiations more protracted and complex, impacting the work of aid organisations,” said Ian Ridley, head of the UN’s emergency aid coordination office in South Sudan.

“Humanitarians face repeated challenges to reach people in dire need as a result of clashes, insecurity and access denials,” explained Ridley. “Aid workers continue to be killed, injured and harassed across the country, and humanitarian compounds and supplies continue to be looted and vandalised.”

Checkpoints are manned by soldiers and rebels, making road travel risky – both in terms of insecurity and the bribes demanded. Similarly, the heavy presence of armed groups on the Nile’s leafy banks means the river is off limits. UN charter flights are therefore the only safe option for aid delivery and staff transport to remote areas – something smaller national organisations cannot always afford.

Forty-year-old Panther is the country director of a local NGO that works to improve living conditions for vulnerable youth. According to him, limited funding to smaller local NGOs can result in recklessness and bad decision-making.

“Our project support is entirely from donors and if funding isn’t there then decisions like these are made,” he said in reference to the six aid workers killed in the March ambush.

“Their organisation could have done better. The road [they were on] is only used by traders. I’ve never heard of humanitarians [using it],” said Panther, who asked that his surname and the agency he works for not be disclosed for security reasons. “I think it was probably negligence,” he added.

Whose side are you on?

According to OCHA’s Ridley, there is a limited willingness by donors to give directly to national NGOs.

“National NGOs are on the very front lines of the humanitarian response in South Sudan and therefore face multiple challenges. This includes threats and harassment by parties to the conflict,” he said.

“As the conflict has spread and deepened, [national] NGOs have faced allegations of bias, based on perceived political affiliations or alleged allegiance due to ethnicity,” said Ridley.

Regardless of whether they operate in a small local organisation or a powerful international one, on an individual level, South Sudanese humanitarians will always be exposed to one overarching risk: the conflict’s ethnic dimension.

The government and its army are seen as Dinka-dominated. The Nuer are associated with the rebellion, although much of South Sudan is now a patchwork of ethnic militias.

“Locals have ethnic and tribal challenges, and their own families are affected. They are heroic, resilient people,” said Perry Mansfield, country director for World Vision. “National staff are keeping the country alive.”

However, having a team that is comprised primarily of local staff is not without its challenges.  “We can’t put Nuer to work in a Dinka community,” explained Mansfield, a reference to the fault line between the country’s two biggest ethnic groups. 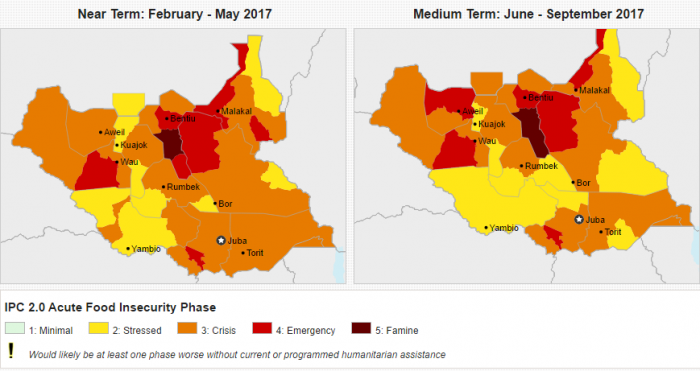 Nowhere to run to

Johnson Beek, a Nuer and World Vision employee, recalled the day one of his friends, a World Food Programme worker, was murdered by armed men.

“He was arrested and killed. So many guys in the humanitarian world have been threatened or even killed,” said Beek, standing amid rows of white tents in a Protection of Civilians site near Juba. Just like the thousands of people in the camp, he too has been displaced by this conflict.

World Vision is one of the biggest, and is where Stephanie works today. A multi-billion dollar organisation, it can afford to be thorough when it comes to security procedures, although it cannot expunge all risks.

“I think I feel safer than when I’m in a local NGO,” said Stephanie. “When I was signing my contract, [I asked:] ‘is there any means of evacuation should there be any insecurity’. This is my first priority when I’m taking an offer.”

But she is also aware that when a conflict takes a turn for the worst, it is the national staff and national NGOs that remain.

“International NGOs can leave, but these NGOs remain always on the ground, always with their people,” she said, with more than a hint of pride.