Aung Kyaw Min Tun has lived in Myanmar for all of his 24 years, his native language is Burmese, and his parents and grandparents were all born here. But he is not officially a citizen of the country he calls home and he has no idea if he ever will be.

The problem is that he is a Tamil Hindu, an ethnicity that does not fit neatly into the country’s bewilderingly complex citizenship law, in which nationality is based on membership in one of 135 so-called “national races”, which supposedly lived within the country’s boundaries before the British invaded in 1823. The law, created by Myanmar’s military dictatorship in 1982, excludes others from full citizenship but allows them to apply for two lower tiers with fewer rights.

Its heavy emphasis on ethnicity has led rights groups to call it discriminatory. It has also been enforced haphazardly and selectively, with multiple layers of bureaucracy and endemic corruption adding to the confusion. In addition, a variety of ad hoc residency and citizenship documents have been issued over the years.

The result can be years-long waits for those who do not fit obviously into the list of national races, including ethnic Chinese, Indians, Nepalis, many Muslims, and people with a foreign parent or grandparent.

“The citizenship process, like much of Myanmar’s bureaucracy, has been a shambles at least since the military took power in 1962,” said Ronan Lee, a political consultant and PhD candidate at Deakin University in Melbourne who has studied the issue.

His father holds a citizenship card that he obtained before the 1982 law was passed, while his brother paid a bribe of around $300 for the same card in the early 2000s. His mother and older sister have only residency permits, and he and his younger sister have been unable to obtain any documents at all. Even though they are technically eligible to be second-class “associate citizens”, he said they have been sent from office to office for years with no results.

He estimates that around two thirds of his community in Yangon face the same problems – mostly those who were too poor to pay large informal fees. Without citizenship documents, he said, he and others cannot travel freely within the country, obtain a passport, or buy property.

“If someone tried to kick us out, we’d have to go, because we have no documents. It’s scary,” he said.

“I was born here and will die here, so I should have documents to show it.” 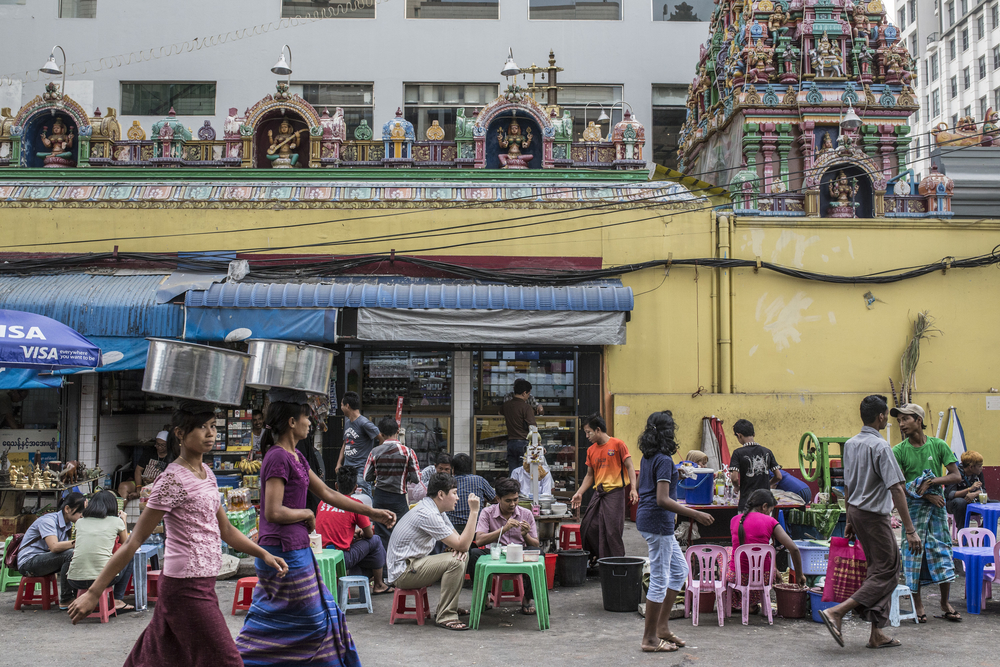 Most talk of citizenship in Myanmar begins and ends with the Rohingya, a stateless Muslim minority of around one million people living in Rakhine, a state on the country’s western frontier with Bangladesh.

They fall outside the list of 135 national ethnicities, and their inability to assert their citizenship rights means they are vulnerable to hostile governments as well as some of their ethnic Rakhine Buddhist neighbours, who are included in the national ethnicity list and have full rights as citizens. In contrast, the Rohingya live under an apartheid-like system that restricts their ability to move around for employment or other reasons, and severely limits their access to healthcare and education. In bouts of communal violence, the Rohingya have comprised the vast majority of victims, and almost 120,000 remain in squalid camps after being driven from their homes in 2012.

There has been an international outcry about the plight of the Rohingya, which seems unlikely to improve without an overhaul of the citizenship law. But statelessness is a much bigger problem in Myanmar, and one that the government has barely begun to grapple with.

“Looking at it through the lens of Rakhine is not the complete picture,” said Cecile Fradot, a senior protection officer at the UN refugee agency in Yangon, which deals with issues of citizenship. “That is obviously the most visible, but other groups in the country also face challenges accessing civil documentation.”

“Perhaps the biggest problem of all is that there has not been a comprehensive mapping of statelessness in the country, and we lack detailed and complete data,” she added.

The Seagull Foundation, a human rights and peace-building organisation, recently surveyed 100 religious or ethnic minorities in the northern city of Mandalay and found that almost all of them had problems obtaining a national registration card. They reported long and seemingly arbitrary waits, and many said they were told they had to change their ethnicity or religion to fit into a prescribed category in order to receive the document. 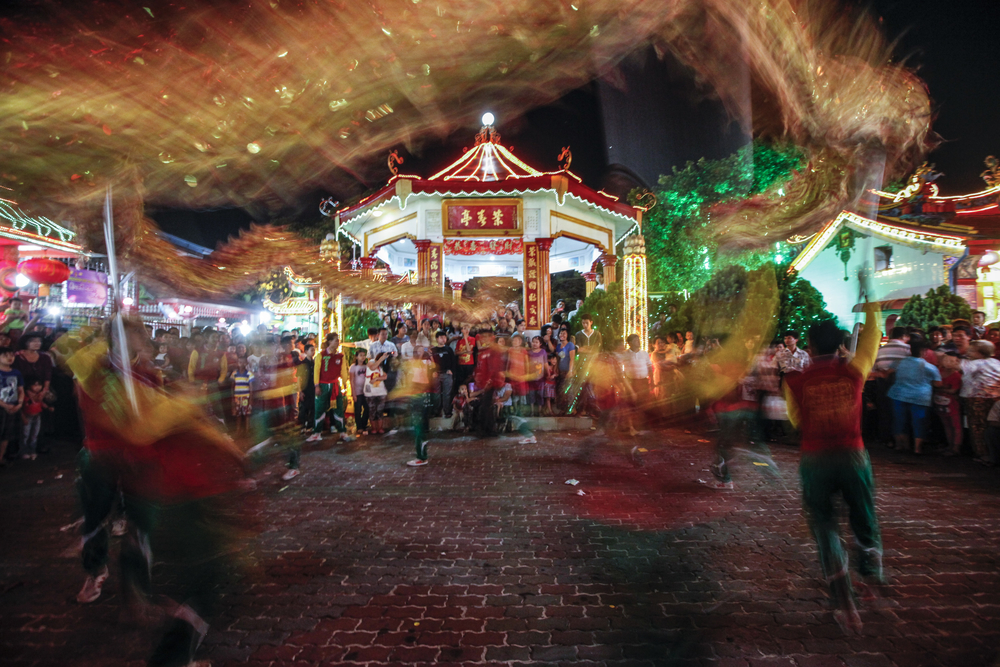 Respondents also reported paying bribes of up to 500,000 kyat (around $390) and said their children were being systematically excluded from programmes to issue national registration cards in schools. Several people, particularly Muslims, said they were forced to accept third-tier “naturalised citizen” status in order to get their documentation, meaning they would never be able to hold political office, among other restrictions.

Myint Kyaing, permanent secretary at Myanmar’s Ministry of Immigration, said the government was trying to combat such corruption by conducting spot checks in local immigration offices and promptly investigating all complaints. He declined to comment on broader problems with the citizenship law.

But for Harry Myo Lin, the head of the Seagull Foundation, fundamental reform is necessary, in addition to more stringent anti-corruption efforts. “Ethnicity and religion should not be on ID cards,” he said. "An immigration system should have citizens and non-citizens.”

Given the unrest in Rakhine and elsewhere, as well as a resurgence in Buddhist nationalism nationwide, it is not surprising that Muslims have often borne the brunt of this corruption.

Lee, the Deakin University scholar, said that even Muslims who qualified as citizens under the 1982 law had experienced problems asserting their citizenship rights.

“Travel restrictions in Rakhine State seem to be enforced based on religion and skin tone rather than whether people have the correct documents,” he added. 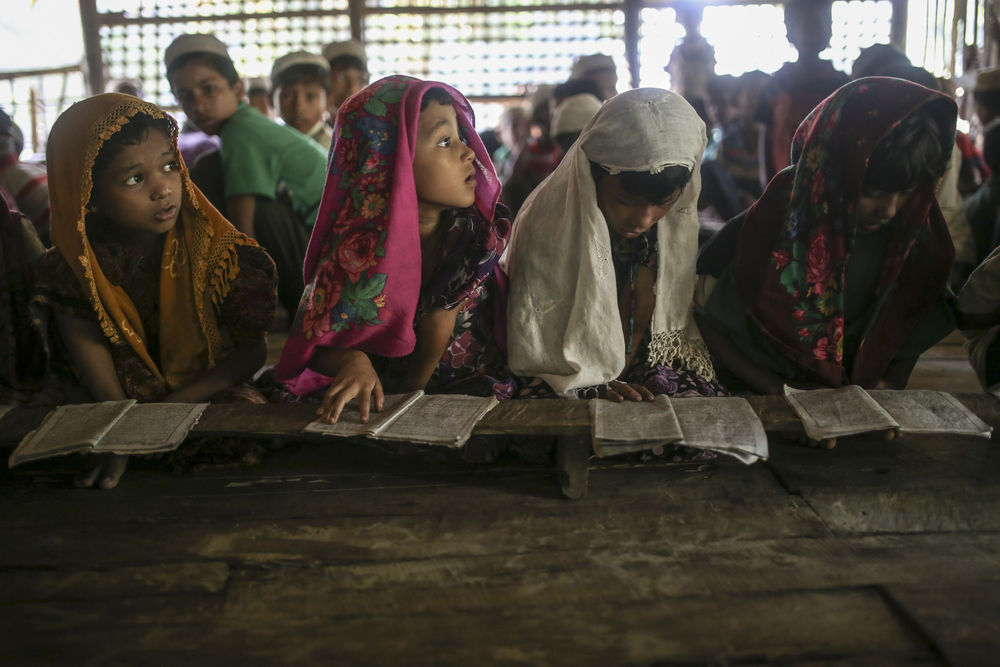 Among the victims is Phwey Phwe New, a 26-year-old Kaman woman who has been stuck in That Kay Pyin camp in Sittwe since the 2012 violence. Kaman Muslims are on the list of national ethnicities, yet they suffer similar attacks and deprivations as the Rohingya. Before 2012, it had never occurred to her that she might need a citizenship card. She had taken her status for granted and travelled freely.

After the violence, when her house was burned to the ground, she took refuge in a camp and found herself unable to leave. She set out to obtain documentation, but she says it took a full two years due to the complexity of the process, the bribes she had to pay, and the difficulty of getting from the camp to the government immigration office in downtown Sittwe, which took two hours by multiple rickshaws and taxis.

Despite having finally received her identity card in 2015, she cannot leave the camp for internally displaced people because her husband, also a Kaman, is still waiting for his card. While she used to run a shop in downtown Sittwe, she now takes in sewing piecework from her neighbours in exchange for small amounts of rice. And she waits.

What’s in a name?

As for the Rohingya, the group most obviously affected by the 1982 law, efforts to normalise their situation have stalled. This is not only due to animosity from nationalist Buddhists but because of the Rohingya’s mistrust of the government and their own growing ethnic solidarity, bred by years of discriminatory policies. 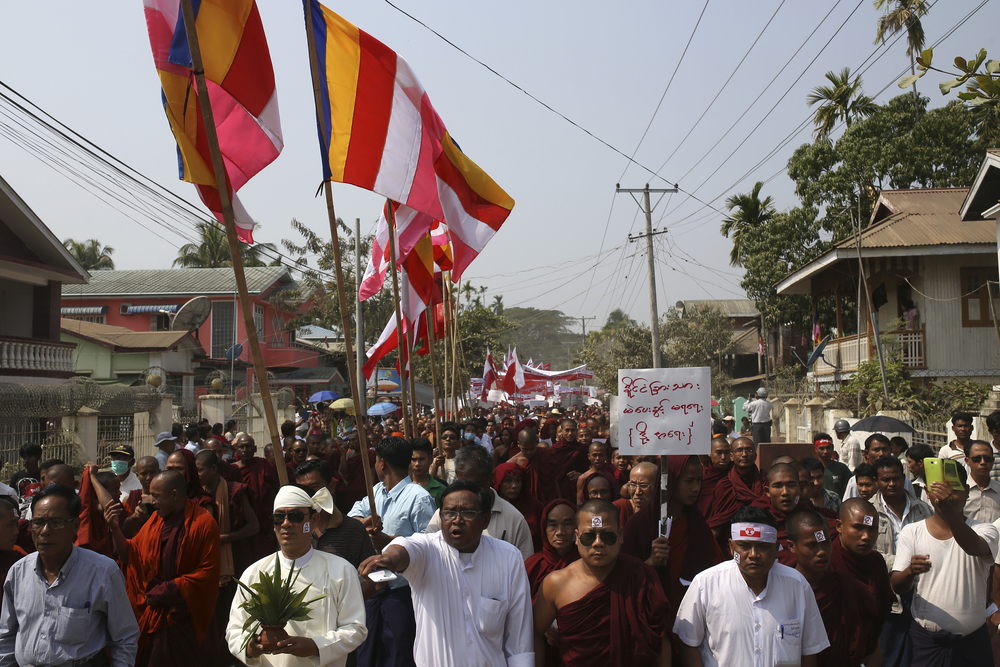 Many people in Myanmar consider the Rohingya to be interlopers from Bangladesh despite the fact that some of them have ancestors who lived in the area centuries ago. Other Rohingya families have been in what is now Rakhine State for generations, having migrated around the region both before and after the British drew an arbitrary border after conquering part of what was then known as Burma in 1824.

A citizenship verification pilot programme launched in 2014 under the former military-backed government failed because the Rohingya were forced to list their ethnicity as “Bengali”, implying they were immigrants from Bangladesh. Earlier this year, the newly elected government led by Nobel Laureate Aung San Suu Kyi’s National League for Democracy party attempted to avoid the issue by allowing Rohingya to register without listing any ethnicity or religion. But this option has also proved unpopular.

SEE → Will Myanmar’s Rohingya finally become citizens in their own country?

Shom Shul Alom, a Rohingya man living in the Maw Thi Nyar IDP camp, explained that ethnicity was so important to the social and political fabric of Myanmar that he would refuse to accept any identity document that did not identify him as a Rohingya Muslim.

“If you didn’t put a SIM card inside a phone, the phone wouldn’t work – you couldn’t contact anyone,” he said, pointing to his mobile. “If you try to distribute identity cards but you do not put race or religion, it wouldn’t work. We will not accept it.”

(TOP PHOTO: Muslim women pray while holding candles in front of a horse inside a mosque as a part of the Shi'ite Ashura religious festival in Yangon. CREDIT: Minzayar. Additional reporting by Cape Diamond)