Gerwinio never feels completely safe when he walks around Algiers. The other day, the 27-year-old from Benin was taking an evening stroll when he heard monkey sounds coming from a group of laughing teenagers. Gerwinio averted his gaze and kept walking. He has become used to such racist taunts. “I was called ‘Ebola’ so often that I changed it into my Facebook name,” he says.

Gerwinio is one of a growing number of sub-Saharan Africans coming to Algeria, although exact numbers are hard to come by. The Algerian government claims there are 25,000 such migrants in the country, but local NGOs say the true number is at least four times higher.

“It is way more visible lately that there is more sub-Saharan migration,” said Pascal Reyntjens, mission chief for the International Organization for Migration in Algiers.

IOM opened its first office in the Algerian capital earlier this year and recorded nearly 22,000 migrants passing through Arlit in northwest Niger on their way to Algeria between February and the end of September. The figure is still only a fraction of the 269,533 recorded making their way from northern Niger to Libya during the same time period, but the number opting for Algeria is likely to rise as neighbouring countries grapple with political turmoil.

Migrants used to find work in Libya, but the country’s civil war has paralysed the economy and made it a risky prospect, even as a launching point to Europe. And to the south, continuing conflict and terror attacks in Mali are creating new refugees. For those seeking work, refuge, or passage to Europe, Algeria has become a promising alternative.

Migration through Algeria is not a new development. In the south, the desert city of Tamanrasset has been a transport hub on the trans-Saharan trade route for centuries, linking Algeria to places like Mali, Ghana and northern Nigeria. But recently there has been a change: the traffic now moves northwards to Algeria’s coastal cities.

Europe is well aware of the risk that Algeria poses to its goal of reducing migrant arrivals via the Central Mediterranean, now the main route to its external borders.
Under the Partnership Framework with third countries adopted in June this year, Algeria was identified as one of 16 “priority” countries with which the European Commission wants to reach deals. In return for various “incentives”, such as development aid and trade, the EU wants cooperation in preventing migrants reaching Europe’s shores and in accepting back deportees. Countries that refuse to sign on risk what the commission calls “negative incentives”.

A progress report on the Partnership Framework published last week focuses on five countries identified by the EU as “the first priorities for action” – Niger, Nigeria, Senegal, Ethiopia, and Mali. Algeria is mentioned only as a country requiring 'particular attention'. No further details were provided, but a recent analysis by strategic forecasting company, Stratfor, describes the country as “one of the trickiest North African nations with which to increase cooperation”.

Many Algerians are struggling to adapt to the changing demographics in their cities. They perceive the newcomers as a threat to security, health, and the economy, particularly following the drop in oil prices, which has led to inflation and growing unemployment. 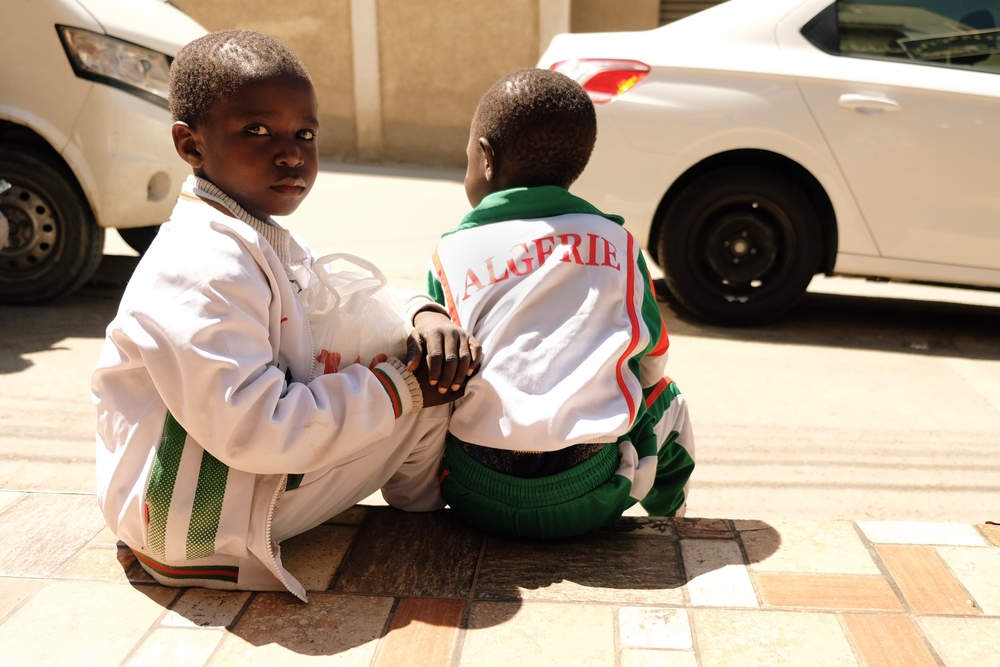 Hundreds of migrants have been wounded in clashes with Algerians in recent years. Migrants on the receiving end of racist slurs and violence have little recourse. Many health facilities won’t treat those without documents, and going to the police could result in arrest or worse – being put on a bus back to the southern border.

“Incidents keep increasing,” said Fatma Boufenik, co-founder of the Algeria Immigration Platform, a collective of social workers and experts. “If this continues, the situation will become dramatic.”

The regime of President Abdelaziz Bouteflika, who has been in power since 1999, has not commented on the violence against undocumented migrants, and for civil society groups like Boufenik’s, it’s hard to know what authority to turn to. “Algeria practises a politics of silence. We even have no idea who governs our country,” she told IRIN, referring to the fact that Bouteflika suffered a stroke in 2013 and has rarely appeared in public since.

"This is only temporary"

Despite the threat of violence, Algeria continues to attract migrants, but according to Leïla Beratto, a journalist who has documented African migrants in Algeria for years, many don’t want to stay. They remain in Algeria only long enough to recover their strength, save money, and prepare for the final stage of their journey to Europe. That’s a process that can take months, even years, said Beratto. “When an attempt fails, they return, work for a while, and then they try again.”

Daouda Daoud, 25, left his parents in Cameroon just three weeks ago. He was smuggled through the hub of Agadez in Niger to Tamanrasset on the back of a pick-up truck and then took a bus to Oran, Algeria’s second largest city and another important centre for migrant smugglers, according to the EU’s law enforcement agency, Europol. 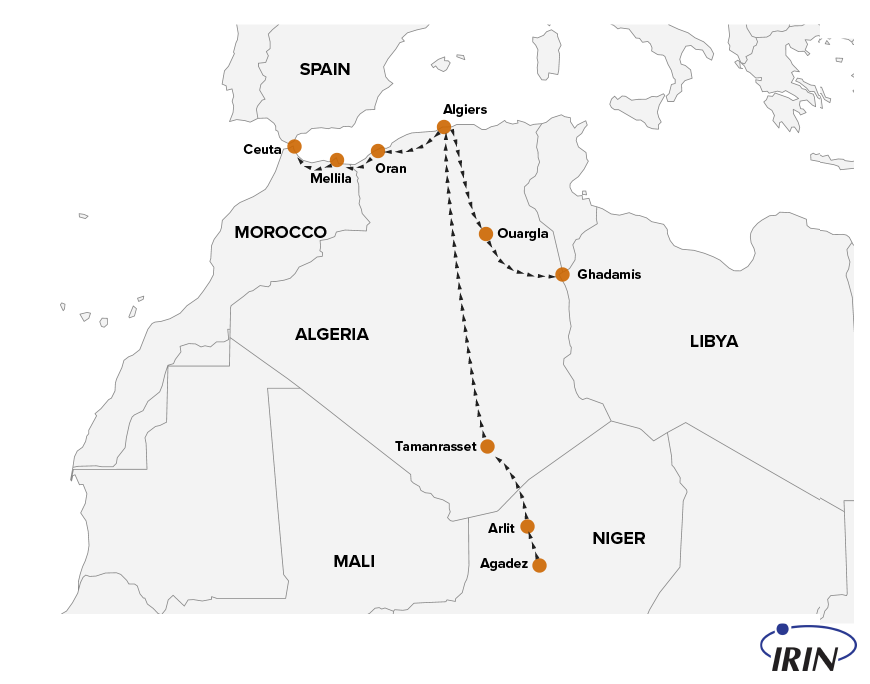 He has already managed to find a job as a painter and says his employer is pleasant enough. “But that is because they can exploit us. I don’t care, this is only temporary”.

Daoud is determined to reach Germany and isn’t concerned about the possibility of indefinite detention in Libya or even drowning in the Mediterranean. “Only those who are scared don’t survive,” he said.

The Algerian authorities closely monitor the country’s more than 600 miles of coastline. Now and then a boat manages to leave, but it is usually caught before reaching international waters.

To reach Europe, most migrants pay smugglers to get them into neighbouring Morocco, where they try to cross into the Spanish enclaves of Melilla or Ceuta, or to Libya where they board smugglers’ vessels bound for Italy.

Despite the difficulty of departing from Algeria, it’s considered a safer place to stop over and seek informal work than Libya, where forced labour and kidnapping for ransom have become increasingly common in the last two years.

But criss-crossing between North African countries is likely to become more difficult as Europe makes migration control increasingly central to its foreign policy on the African continent.

As Alexander Beck, a senior protection officer with the UN’s refugee agency, UNHCR, in Algiers put it: “If the moving on becomes more difficult, they are a kind of stuck here.”