Sitting on parched ground pummelled by the sun, a camel looks on majestically as pastoralists mill around it in a whirl of activity. Loaded onto its back are sacks of grains and pulses, yellow jerry cans, bottles of cooking oil, bits of fabric and plastic to make rough bivouac structures, and more.

After a final check of ropes, a woman makes a loud purring noise while gesturing upwards. The camel jerkily stands up, emitting a loud groan. Leading it by a rope, the family rejoins other pastoralists trekking through the Awdal Region abutting Somaliland’s northwestern border with Ethiopia: home for those on the move.

Faced with desiccated pastures in Ethiopia’s Somali Region last November, these pastoralists and many others responded to rumours of rains and good pasture hundreds of kilometres away on the coast of Somaliland, an internationally unrecognised but de facto sovereign nation separate from Somalia.

But, when they got there, there wasn’t enough rain or pasture for the numbers that descended. Thousands of goats, sheep, cows, and even drought-hardy camels died, buried in mass graves to prevent disease spreading (it still broke out, killing further livestock). Now, the pastoralists are returning to Ethiopia, or trying to do so.

Only one of Abdulahi Amir’s three camels has survived this far, but it might not last long either. “We’re stuck here. My sick camel can’t carry anything,” the 70-year-old tells IRIN, his possessions strewn all around him on the ground. Amir has four family members with him. Five others stayed behind in Sitti, (one of the nine zones in Ethiopia’s Somali Region), where he is trying to get back to. What’s the plan now? “We will wait,” he says. 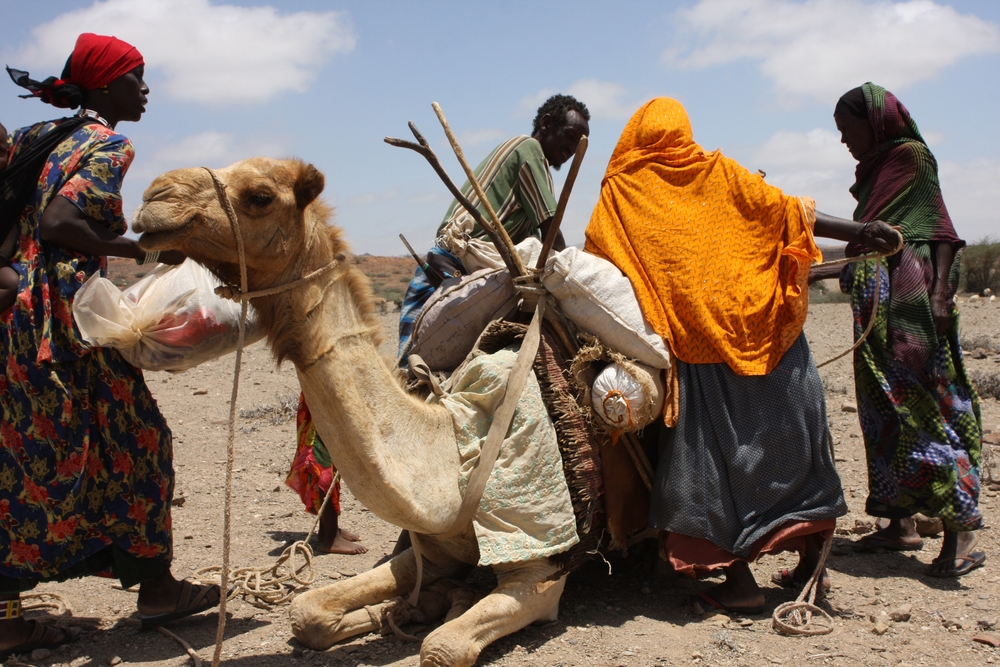 Bad – but it could be worse

Ethiopia’s current drought is the worst the country has seen in 50 years, according to many estimates. The tribulations of the pastoralists notwithstanding, there are no scenes reminiscent of 1984, when drought contributed to more than one million Ethiopians dying.

Crop production in Ethiopia’s northern Tigray and Afar regions has dropped by between 50 and 90 percent in some parts, and failed completely in others. In the country’s Somali region, more than half a million livestock are estimated to have died and a joint government and humanitarian partners' report estimates 1.5 million people – 27 percent of the region’s population – need food assistance.

“I’ve never come across anything like this,” says 65-year-old Eltise Muse Bah in the remote village of Fedeto, in the Sitti Zone. “We’ve named this drought ‘mulia’, which means, ‘that which erases everything on the ground’.”

The severity of the drought stems from the ocean warming El Niño effect that has disrupted weather patterns around the globe. Ethiopia has about 10.2 million people needing food aid, out of a population of around 100 million, according to the UN. In the north of neighbouring Somalia, an estimated 4.6 million people – nearly 40 percent of the population – need humanitarian assistance.

Initially, the government tried to manage the situation itself, using an extensive food security network developed over the decades since images of the 1984 famine came to stigmatise Ethiopia.

The Productive Safety Net Programme is a welfare-for-work initiative enabling about seven million people to work on public infrastructure projects in return for food or cash. There is also a national food reserve and early warning systems based on the woredas, the administrative districts. Ethiopia even managed to open early a new railway line to bring food supplies from the port at Djibouti on the Horn of Africa coast.

Ethiopia’s political commitment to an effective emergency response appears for now to have prevented disaster.

But Ethiopia hasn’t tackled this drought alone. It’s a fact the government conceded in October 2015, when the estimated numbers of those affected shot up, resulting in a call for outside assistance.

Some criticised the government for not requesting aid sooner, as it strained to protect the narrative of Ethiopia’s economic renaissance.

“The government is very proud. They don’t want to be the poster child for drought in Africa,” says John Graham, Ethiopia country director for Save the Children. 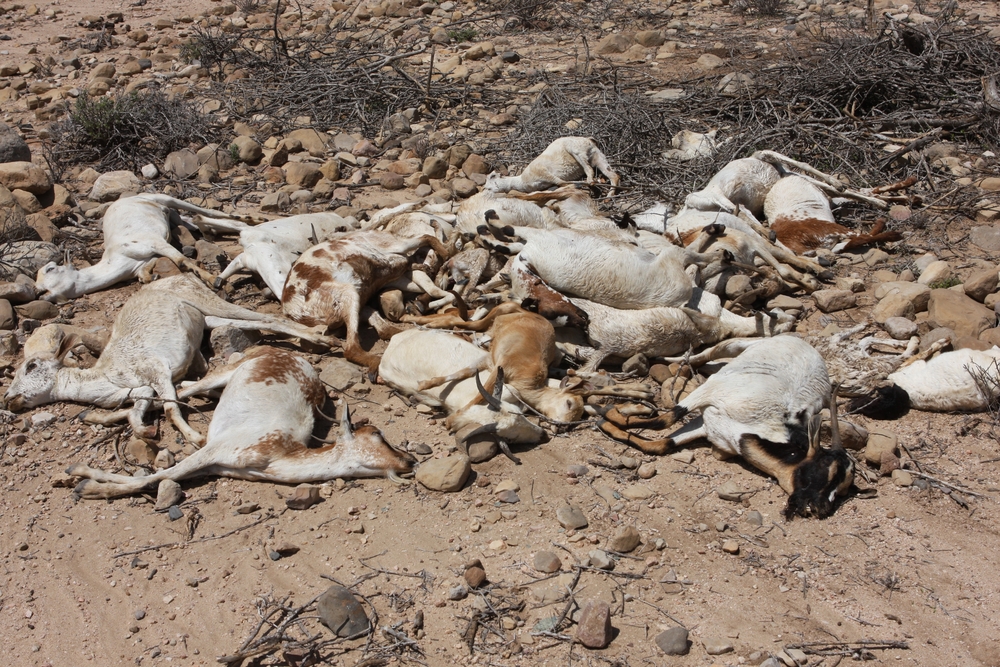 About 53 percent of the $1.5 billion of humanitarian aid needed has been provided by Ethiopia and international partners, leaving a worrying shortfall, according to aid agencies.

Furthermore, relief efforts have been hit by the continuing effects of El Niño. The arrival in April of unusually intense Belg spring rains – these are usually lighter, with the main longer rainy season starting around late June – have resulted in deaths from flash floods, and turned dry dirt tracks into impassable quagmires, hampering efforts to dispense aid.

The rains have also proved too much for many livestock. Weakened by the drought, they have died of exposure, further depleting what remains of people’s precious herds.

Somaliland has been similarly affected. In April, seven people died after being washed away by flash floods around Dilla village in Awdal.

As the Ethiopian pastoralists in Awdal broke camp with the first spring rains to make the long trek home, they left behind piles of dead goats that had succumbed to the wet and cold.

Despite the incongruity of risks from flooding and hypothermia, lack of rains in this scorched part of the world remains the overarching problem for those living here.

And in the face of climate change and increasingly frequent, severe droughts assailing the Horn of Africa, lifestyle change may be unavoidable.

“We must start to think differently about how to reduce this vulnerability through economic shifts in these more marginal areas,” Graham says. “In areas affected by climate change, with decreasing rains, you just can’t have the same numbers of people surviving in those conditions – it’s beyond the control of the people or the government.”

Even pastoralists, known for their tenacious and independently minded ways, recognise something may have to give.

“If we get a restocking programme from the government we might have a chance,” says 50-year-old Osman Kaire, waiting with a group of men in Sitti’s Gad village for the authorities to deliver bags of animal fodder.

“The other option is for a government resettlement programme in more reliable areas where we can be agro-pastoralists. We are ready to consider.”