In the viral humanitarian gesture of the week, Swedish student and activist Elin Errson refused to sit down on a flight from Gothenburg to Istanbul until a man being deported to Afghanistan was removed from the plane. Amnesty International has argued that nowhere in Afghanistan can be considered safe, but the Swedish Migration Agency says “the situation differs from region to region” and continues to deport asylum seekers whose claims have been rejected. If you weren’t present one of the 4.2 million times (that’s the count as we write this Cheat Sheet) Errson’s Facebook Live footage was viewed, the man was finally removed from the plane. But he’s likely back on another, or soon will be. The footage shows tension build as one passenger confronts Errson while others back her up. The 21-year-old social worker-in-training tears up but remains composed throughout her protest. As for the man who was removed from the plane, a spokesperson for the Swedish Prison and Probation Service told the Guardian he would be deported as soon as alternative transport was found (such deportations have been interrupted before). “You do it once or twice, and if it doesn’t work we rent a private plane to send them back to Afghanistan, or wherever,” explained a Swedish police spokesperson.

Fruits of the olive branch

Few leaders have brought about such dramatic change in so many areas so soon after coming to power as Ethiopian Prime Minister Abiy Ahmed. The repercussions of his most astonishing diplomatic coup – finally mending fences with Eritrea 20 years after the neighbours fought a devastating border war – may be felt all the way to Europe. Here’s why: for two decades, Eritrean President Isaias Afwerki used the threat of renewed conflict with Ethiopia to justify a system of prolonged conscription. The prospect of being stuck in the military with terrible working conditions and negligible pay has long been the key driver of Eritrea’s youth exodus, even though leaving the country exposes migrants to the well-known risks of kidnap-for-ransom, torture, detention in Libya, and drowning in the Mediterranean Sea. Now that Abiy and Isaias are best buds, commentators and journalists are beginning to ask if that could all be about to change. Another war is surely unthinkable, and mass conscription, which often lasts for years, is therefore unjustifiable. Coupled with the economic boost that renewed bilateral trade could deliver, might staying at home suddenly be much more attractive?

Ebola: Beaten but not defeated

It took millions of dollars, hundreds of people, an experimental vaccine, a mass information campaign, and a few helicopters, but the UN’s World Health Organisation announced on Tuesday the end of the Democratic Republic of Congo’s ninth Ebola outbreak – one that claimed 29 lives and experts feared could have developed into a major regional epidemic. It’s a much-needed success story for the WHO, and one that lies in stark contrast to the 2014-16 Ebola epidemic in West Africa, which killed 11,000 people. “But unfortunately this isn't the end of the road for Ebola, as we know it is a disease that will continue to appear in future,” Josie Golding, head of epidemic preparedness and response at the Wellcome Trust told the BBC. Golding’s grim prediction was validated almost immediately: On Thursday, health officials in Sierra Leone said a new strain of the Ebola virus had been found in bats and could potentially be transmitted to humans. It is not yet clear whether this has already happened, or whether the new strain can even cause the deadly Ebola disease. We’ll keep you posted.

Disasters can be either natural or man-made, right?

Wrong, according to many experts and, now, a punctilious Twitter account. There's no such thing as a "natural disaster", according to many analysts, including a 2010 report commissioned by the World Bank. There are natural *hazards*, which may or may not cause a disaster, depending on what humans do about them. We hear that an international task force working on the Measuring Extreme Events and Disasters project has agreed to stop using the term "natural disasters" altogether (to signal the importance of preventative action and perhaps limit fatalistic attitudes). Now there's a Twitter account that politely nags users of the phrase: @NoNatDisasters. If that's not aggressive enough, you can install an extension to the Chrome browser that will automatically replace all instances of the phrase "natural disasters" on any web page. Even the UN's disaster preparedness body, the UNISDR (which, #awkward, emerged from the UN International Decade for Natural Disaster Reduction) says there's no such thing.

But, readers, do you agree? Would it be (wait for it) disastrous to drop the phrase altogether?

Speaking of disasters, with thousands displaced in Laos and disruptive flooding in parts of the Philippines, here’s a timely reminder from the International Federation of Red Cross and Red Crescent Societies: the risk of gender-based violence rises after disasters. In a report released this week, researchers surveyed 1,800 people previously hit by disasters in Laos, the Philippines, and Indonesia. Respondents in all three countries reported a jump in domestic violence and child marriage after disasters. Researchers say the risks of these and other problems, like trafficking, harassment, and child abuse, increase as basic services break down, and response plans and evacuation shelters often fail to account for the different needs of women, men, and children. So what can governments and aid groups do? The Red Cross says a good start would be to ensure evacuation centres have separate spaces for women and men, adequate lighting, and separate – and lockable – toilets.

And one more, from Vanuatu

Completing this week’s disaster trifecta – for the second time in less than a year, an erupting volcano has forced officials in the Pacific nation of Vanuatu to order the complete evacuation of tiny Ambae Island. Manaro Volcano on Ambae began spewing ash over parts of the island in March, posing a threat to water sources. This week, the local Red Cross released pictures showing how new ash fall had covered food gardens, plantations, roads, and water sources on parts of Ambae’s southern edge. At one point the ash blocked out the sun and forced 1,000 people to leave, according to Radio New Zealand. Government disaster officials say the accumulated ash and debris could actually alter the path of streams during a heavy rainfall, producing more dangerous floods and landslides. Residents on the island have been living with fear and uncertainty for months. In October, authorities also evacuated Ambae’s entire population when the volcano began erupting. 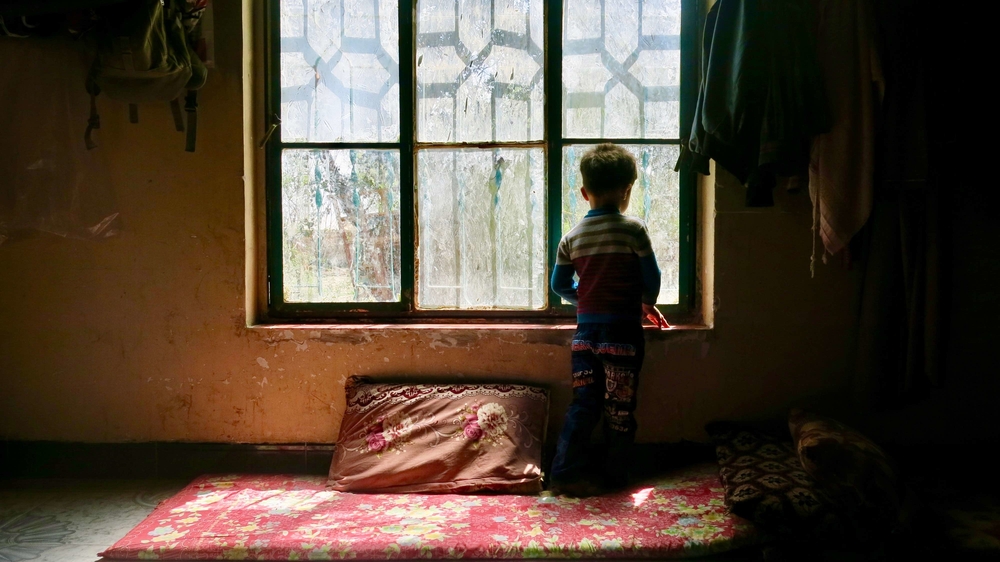 War. Displacement. Return. You won’t think about those words in the same way again after reading “Searching for Othman”, which traces the story of war, displacement, and return by following the life of one five-year-old Iraqi. Middle East Editor Annie Slemrod provides a unique window into the problems of displacement and sectarianism gripping Iraq as it tries to recover from years of war, most recently against so-called Islamic State. This spring, 18 months after encountering a silent toddler with shrapnel wounds when visiting a camp for displaced people in Western Iraq, Slemrod returned to Iraq to find him. Along the way, she finds a country recovering, slowly but unevenly. As she writes: “There were maps, graphs, and reports by aid agencies that documented who went where and when. … What was harder to discern, with the numbers showing people returning in waves, was what displaced people were now heading back to. The stats didn’t offer many clues about what had happened to the kids who had lost parents, missed years of school, and spent years away from home.” It’s a perfect read for a lazy summer afternoon.

An IRIN editor who shall remain unnamed recently perused Elle UK at an airport (yes, we have interests other than humanitarian catastrophes, thank you very much) and noticed a model in a jumper bearing what appeared to be the World Food Programme’s logo. A bit of Googling, and lo and behold, Balenciaga’s Autumn/Winter 2018 collection (unveiled in March, because that’s how high fashion does things) includes several WFP-branded items. Balenciaga’s website says it has already given a quarter million dollars to the UN agency, and will donate 10 percent of the sale price of WFP items (hats, t-shirts, and bum bags) sold between 25 August and 1 February. The fashion house’s items do not come cheap, so this sort of charity is not exactly for the masses, but somebody’s clearly buying: this neon yellow logo tee is already sold out at Saks, months before the October ship date.

(TOP PHOTO: A man wades through a flooded road at a village in southern Laos. CREDIT: Nhac Nguyen/AFP)