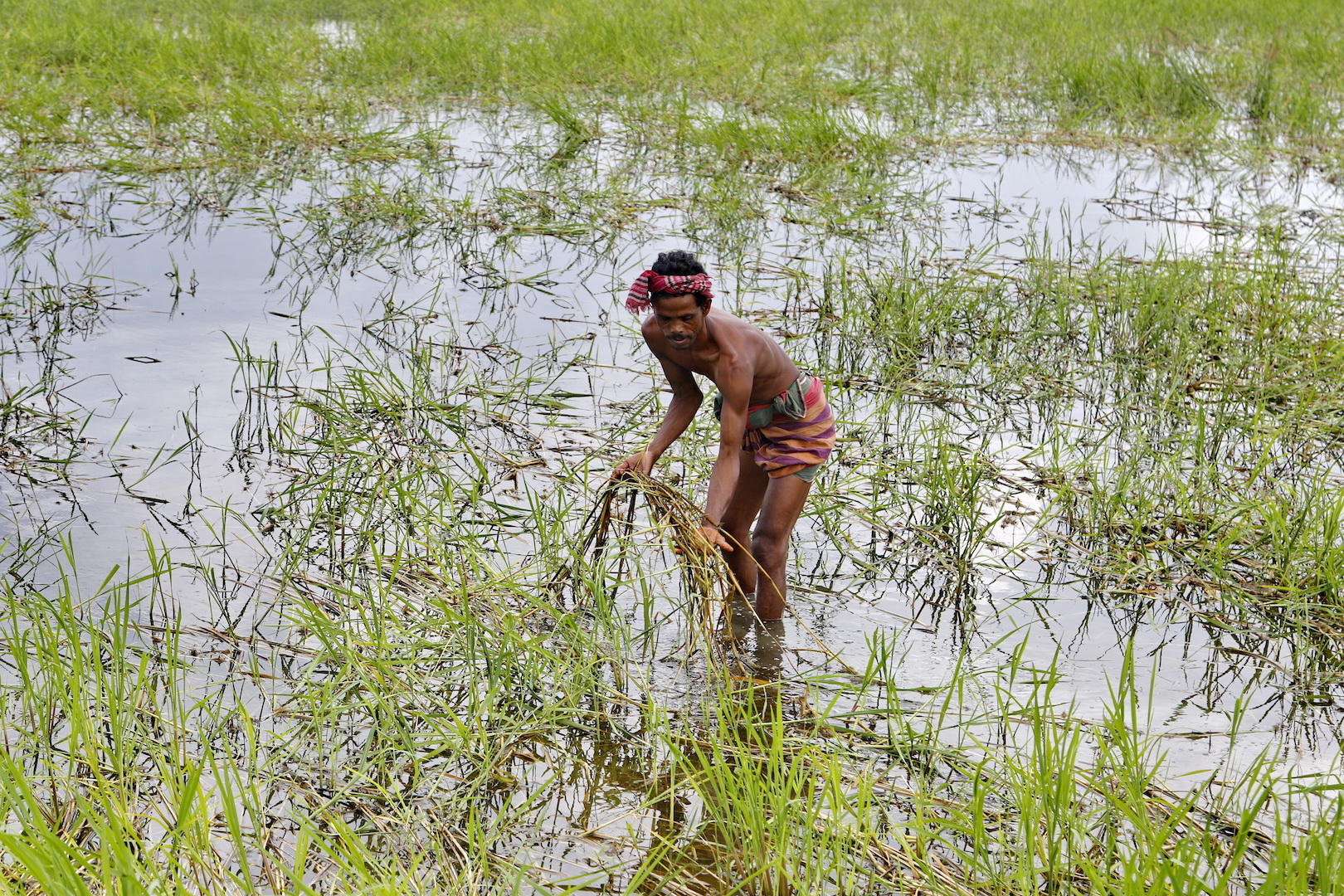 When international leaders met in the Bangladeshi capital last month for ongoing discussions about a new global migration policy, they glossed over what experts say will soon become a massive driver of migration: climate change.

“The international system is in a state of denial,” said A.N.M. Muniruzzaman, a retired major-general who now heads the Bangladesh Institute for Peace and Security Studies.

The Global Forum on Migration and Development in Dhaka came less than two months after UN nation states committed to developing within two years a Global Compact on Safe, Orderly and Regular Migration. Climate change figured only as a sub-theme during one roundtable at the conference, which Muniruzzaman said was typical of similar events.

“If we want an orderly management of the coming crisis, we need to sit down now – we should have sat down yesterday – to talk about how the management will take place,” he said in an interview in his office in Bangladesh’s crowded capital.

Groups like the UN’s refugee agency, UNHCR, and the International Organization for Migration, are well aware of the risks, and say they are working to bring climate change to the forefront of policy discussions. During the roundtable in Dhaka, Michele Cavinato, head of UNHCR’s Asylum and Migration Unit, called climate change “the defining challenge of our times”.

It’s difficult to say exactly how many people around the world will be forced to move as the effects of climate change grow starker in the coming decades. But mass displacement is already happening as climate change contributes to natural disasters such as desertification, droughts, floods, and powerful storms.

About 203 million people around the world were displaced by natural disasters between 2008 and 2015, and the risk has doubled since the 1970s, according to the Norwegian Refugee Council’s 2016 Global Report on Internal Displacement.

Most of the displacement takes place within countries, but those driven across borders are not considered refugees, because the 1951 Refugee Convention recognises only people fleeing war or persecution.

“There is a legal gap to assist and protect people who cross borders in the context of disasters and climate change,” Marine Franck, a UNHCR climate change and disaster displacement officer, told IRIN.

Another aspect of climate change, which makes it hard to quantify the exact number of people displaced by the phenomenon, is that it is a “threat multiplier”. This means it exacerbates the potential for other drivers of forced migration such as conflict; so refugees fleeing war may also be fleeing climate change. It also often triggers slow-onset disasters like droughts, which gradually erode people’s livelihoods.

How many people will be displaced by climate change depends to a great degree on what countries do now to mitigate the future effects.

It’s hard to think of a country that encompasses more of the risks of climate change than Bangladesh.

The impoverished nation’s approximately 160 million people are squeezed into an area slightly smaller than Tunisia, which has 11 million people, making it one of the most densely-populated countries on earth. Its coastline hugs the Bay of Bengal, putting it in the path of cyclones that are increasing in frequency and intensity.

Bangladesh is also one of the world’s flattest countries, with a river delta comprising much of its territory, making it especially vulnerable to land erosion. Himalayan glaciers will continue to melt, swelling the rivers, while rising sea levels engulf coastal areas and cause salinisation further inland, contaminating drinking water and rendering agriculture impossible.

By 2050, Bangladesh could see more than 20 million people displaced, according to the government’s Climate Change Strategy and Action Plan. Many of those will migrate to the capital, which the government predicts will swell from 14 to 40 million people. But Bangladesh’s cities will not be able to absorb the influx of people driven from their homes by climate change.

“The settlement of these environmental refugees will pose a serious problem for… densely populated Bangladesh and migration [abroad] must be considered as a valid option for the country,” says the government’s plan. "Preparations in the meantime will be made to convert this population into trained and useful citizens for any country."

Yet, many countries will be dealing with crises of their own and Bangladesh will find it hard to convince them to welcome its "climate change refugees". Massive displacement within the country could further undermine a fragile political system and contribute to militancy, which is already on the rise.

“It could destabilise the country and it could also go to the point of state collapse,” said Muniruzzaman.

Officials at Bangladesh’s Foreign Ministry failed to reply to repeated requests for comment.

While Bangladesh will be one of the countries hardest hit by climate change, it is of course a global issue.

Desertification is already consuming fertile land in Africa, causing people to leave their homes to find work elsewhere, including Europe. Some countries are predicted to disappear entirely into rising seas. The Pacific Island nation of Kiribati has a strategy that would ideally allow its 100,000 citizens to “migrate with dignity”.

However, South Asia, with its large population and vulnerability to various climate change effects, is particularly at risk, according to a new report by the International Organization for Migration. Of the 203 million people internally displaced between 2008 and 2015 by natural disasters, 36 percent were in South Asia.

The report notes that the South Asian Association for Regional Cooperation has recognised climate change as a threat, and made policies intended to mitigate the effects. However, “migration concerns are only scantily mentioned."

That’s a pattern worldwide, said Muniruzzaman, noting that last month’s Global Forum on Migration and Development did not include a session dedicated to climate change.

Unless the focus shifts, he warned, the Global Compact on Safe, Orderly and Regular Migration will be unable to address mass displacement due to climate change – and the threat multiplier effects could reach far further than many expect.

For example, he said, climate change migrants with few options for employment may swell the ranks of criminal and militant groups, while the disappearance of island nations could spark armed conflict on the high seas as countries rush to claim newly vacant maritime territory.

“It will not be just a humanitarian problem,” said Muniruzzaman. “It will be an international security problem.” 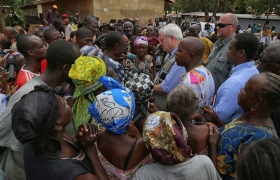