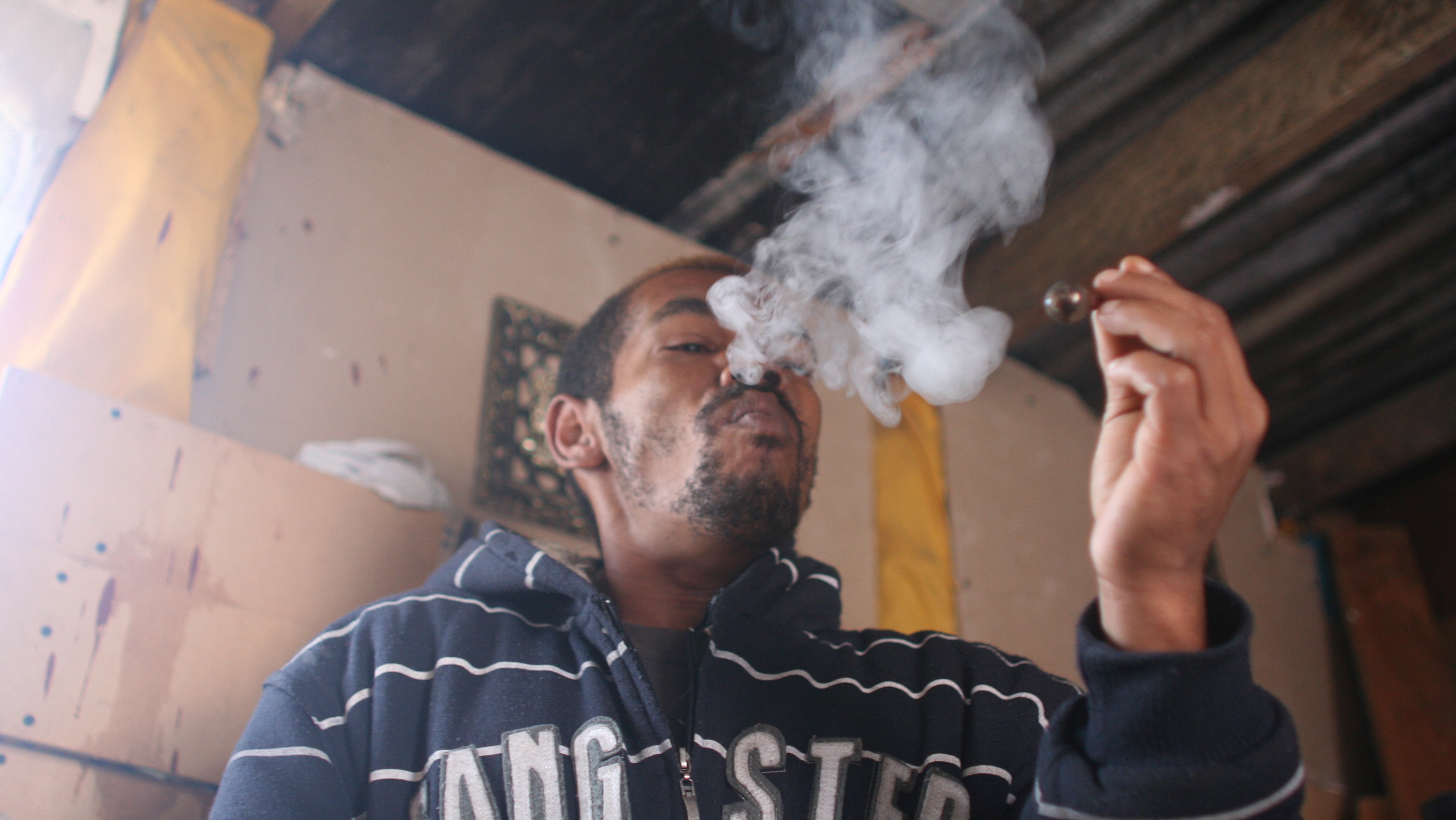 What would the world look like if governments - instead of crime syndicates - controlled drug markets and drug use was decriminalized?

A new report by the Global Commission on Drug Policy, released by Commission members including former presidents and other heavyweights in New York last week, attempts to vizualize a post “war on drugs” landscape in an era where the 50-year-old policy is widely regarded as a failure and where experimentation is gathering momentum.

With opposition to global reform from countries like Russia, China and many other Asian countries where drug possession is still a crime punishable by death, it is unlikely that the UN General Assembly Special Session on the World Drug Problem (UNGASS 2016) will see a major policy overhaul in two years’ time.

But the Commission, along with other pressure groups, is nevertheless pushing hard for it, noting a rapidly-evolving spirit of change in the air. As influential players like the US, and several other countries - including New Zealand, Canada, Portugal, Switzerland and Uruguay - experiment with new policies, the disconnect between an international policy framework and what is happening on the ground is growing.

As Commission chair Fernando Henrique Cardoso, former president of Brazil, said, “We are saying that the umbrella policy sustained by the UN is not adequate in reflecting what is going on in other parts of the world.”

The straight-talking report, Taking Control: Pathways to Drug Policies that Work, documents the casualties of 50 years of failed policies - from threatening public health and safety, to fuelling organized crime, to undermining development and human rights, to wasting billions of dollars.

It charts a way forward with several key proposals, calling for drug policy to be viewed through a health - rather than a crime prevention - lens. As commission member and former Colombian president Cesar Gaviria put it: “We have a public health imperative to regulate drugs - not because they are safe but because they are dangerous and pose serious risks.”

Casualties of the war on drugs

According to UN Office on Drugs and Crime estimates, the number of users worldwide increased from 203 million in 2008 to 243 million in 2012. Global illicit opium production has increased four fold since 1980.

The rapid development of Novel Psychoactive Substances (NPS) continues to stymie efforts to prohibit them, as new drug formulas defying classification are constantly concocted. In 2013, says the Commission, the number of NPS “exceeded the number of drugs prohibited under the international drug control framework”.

Blackmarket production of drugs, often involving their dilution with toxic chemicals, continues to claim scores of lives. One third of Russia’s drug users, denied access to needle exchange services, are now infected with HIV. Restrictions on opiates for pain control means that more than 5.5 billion people cannot get the drugs they need, according to the report.

The report cites some alarming statistics on the casualties of the war on drugs. Although international law prohibits the death sentence for drug offences, “around 1,000 people are executed every year”, while almost a quarter of a million are held in drug detention centres in China and South East Asia. Around the globe “more women are imprisoned for drug offences than for any other crime” - as many as two-thirds of the female prison population in several Latin American countries.

Criminalizing the drug trade has led to soaring profits for traffickers, with the wholesale worldwide drug market worth more than that for “cereals, wine, beer, coffee and tobacco combined” - a retail value of US$332 billion, according to UNODC. In some instances, paramilitary groups have gained access to this lucrative market, says the report, citing the $500 million that armed groups on the Pakistan-Afghanistan border make every year from opium. “The corruption, violence, and instability generated by unregulated drug markets are widely recognized as a threat to both security and development,” says the report, citing as many as 100,000 deaths in Mexico since the war on drugs was ramped up in 2006.

In pushing strongly for a health-oriented approach, the commission is critical of UNODC for acknowledging the “unintended consequences” of the current global drug policy - such as the growth of a criminal black market, depleted health budgets in favour of law and order spending, the balloon effect where the illegal drug trade is simply displaced to another region, and the discrimination of drug users - but stopping short of calling for a policy overhaul.

Panelist Louise Arbour, former UN high commissioner for human rights, quipped, “UNODC should be called “UN Office on Drugs and Health, not Drugs and Crime”. The commission argues that better models for drug policy have emerged in other sectors of the UN, including the World Health Organization’s global tobacco and alcohol policy, which it describes as “a useful template for how international drug policy evaluation could function better”, adding that WHO should lead the way in developing a regulatory framework for other drugs.

“Finding new regulatory models does not mean all drugs should be legally available or that all restrictions should be the same, just as those for beer and spirits are not the same. Prohibitions of harmful drugs such as crack cocaine or krokadil (homemade opium injectable drug) would need to be kept in place”

The report emphasizes that legalization need not imply free markets or free access. “Regulation is about taking control, so that governments, not criminals, make decisions on the availability and non-availability of different substances, in different environments.” Finding new regulatory models does not mean all drugs should be legally available or that all restrictions should be the same, just as those for beer and spirits are not the same. Prohibitions of harmful drugs such as crack cocaine or krokadil (homemade opium injectable drug) would need to be kept in place, recommends the report.

The Commission argues that important lessons from experiences with alcohol and tobacco regulation must be drawn and that a key challenge will be to put the brakes on “runaway commercialization and limiting profit-motivated marketing that aims to initiate or increase consumption”. Even if deregulation does lead to greater drug use, the mountain of social and health problems that exist under the current system would still be reduced, the Commission argues.

It also notes that many developing countries are currently unable to regulate their alcohol, tobacco and pharmaceutical industries and will most likely struggle to enforce new regulations around drugs.

Although the current drug policy doesn't allow nations to experiment with legalization, this is in fact what is already happening in many countries with regard to cannabis and - in the case of New Zealand - NPS. That country is allowing low-risk NPS to be produced and sold under strict regulations, putting the onus on the manufacturers to determine the risks. The New Zealand government said it had taken this step “because the current situation is untenable. Current legislation is ineffective in dealing with the rapid growth in synthetic psychoactive substances, which can be tweaked to be one step ahead of controls.”

UK billionaire and commission member Richard Branson joked that he would be in need of serious psychiatric treatment if he continued to insist that a business would improve after it continued to fail for 50 years. He urged countries to follow the lead of “shining examples” of decriminalization policies like Switzerland and Portugal.

Arbour added that it was important for other countries “to take the risk of experimenting so that we know what works and what doesn’t” and whether this reduces or increases drug consumption. She added: “We are under no illusion that we are on the eve of a complete reversal of the current regime but we have seen mobilization of the public and a move from ideological to evidence-based policies. All this is moving in the right direction,” she said. 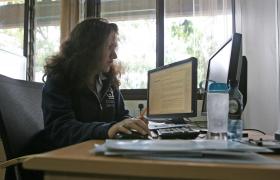