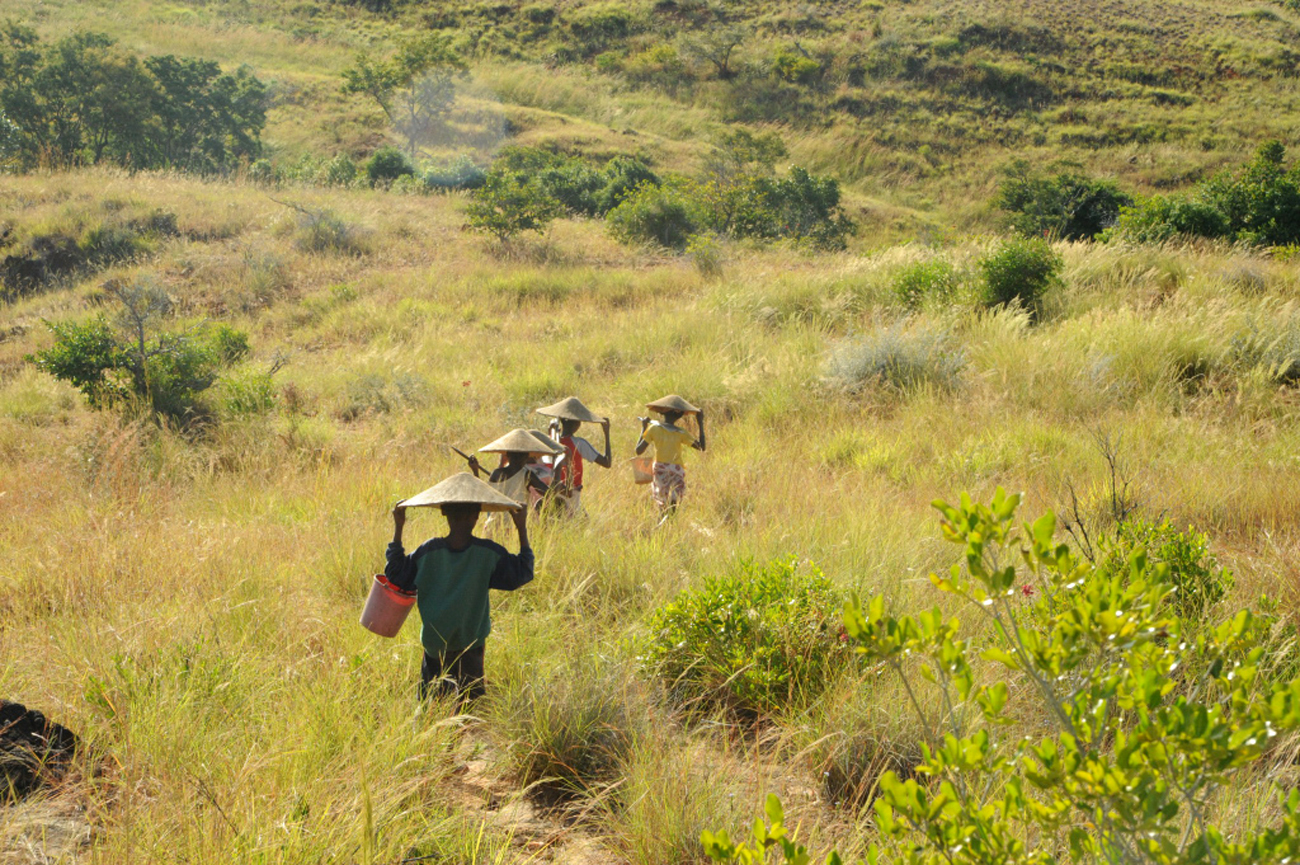 It took two years for Zakamihaingo Razafindranoivo, 37, to raise US$900 to replace his two stolen zebu (Madagascar’s distinctive and prized hump-backed cattle) by selling vegetables and spices grown on his plot in Ambotragano, a village about 20km north of the capital Antananarivo.

“At 9am I checked them [the zebu] and they were still there, and two hours later they were gone,” he told IRIN. “I need them to do the work in the field, to pull the cart and to produce fertilizer. These animals are important.”

Razafindranoivo and community volunteers tracked the cattle rustlers for three days before giving up the chase. They say the theft of livestock and food have ticked up since 2009 - after Andry Rajoelina seized power with the backing of the military and forced twice elected President Marc Ravalomanana into exile in South Africa.

About a third of Madagascar is locally referred to as “zones rouges” [red zones], nearly 200,000sqkm of territory where the government exerts little or no control and where banditry thrives, according to analysts.

Oliver Jütersonke, co-author with Moncef Kartas of a chapter in the Small Arms Survey (SAS) 2011 Yearbook on the island’s rising insecurity entitled Ethos of Exploitation, Insecurity and Predation in Madagascar, told IRIN: “Zones rouges are characterized by a sparse population and a terrain that makes patrolling or any sort of intervention quite difficult. Security interventions require good equipment and communication facilities, helicopters and 4WDs - all of which are in very short supply.

“What is more, efficient policing in the zones rouges and in many other rural areas would demand disciplined and well-trained security forces; Madagascar hardly has either,” he said.

In June 2012 clashes between the `dahalo’ (Malagasy for “bandits”) near Ilambohazo village in the southeastern region of Anosy, and Madagascar’s security forces sent to the area following the theft of about 900 zebu, ended in deadly skirmishes.

In response the government said it was planning a “major offensive against the `dahalo’” and a helicopter was dispatched to the city, the update said.

Africa Confidential said the `dahalo’ group responsible - estimated to be 400-strong according to local media reports - was commanded by a former member of Didier Ratsiraka’s presidential guard, Arthur Rabefihavanana and known by the name of Remenabila. The specialist publication quoted a senior military official as comparing the insecurity in the Great South - the island’s arid and drought prone region - as being akin to the conditions of a guerrilla war.

`Dahalo’ activities are not restricted to one particular area, however, and local media reported 160 `dahalo’ attacks between May and July 2010 in the northwestern Mahajanga region, with more than 3,000 cattle rustled, although there were likely to have been more incidents that went unreported.

`Dahalo’ has been a feature of Madagascan society since pre-colonial times and was said to have evolved from ritualized cattle thefts between neighbouring rural communities marking the passage from adolescence to manhood, but in contemporary Madagascar they are synonymous with highly organized criminal gangs.

“The largest and most powerful `dahalo’ groups provide assault rifles (mainly AK-47s) and ammunition to all their members. They escort, in broad daylight, large herds of stolen cattle, carrying their guns openly over several hundred kilometres while crossing entire regions and provinces… They are now conducting veritable raids, taking women and children hostage and burning down houses,” said the SAS 2011 report.

In response to rising rural insecurity communities were organizing `andrimasom-pokonolona’ (self-defence units) and in some cases hiring private security companies to protect them from bandits.

“Villagers and these private [security] companies have no interest in arresting these `dahalos’ and instead try to kill them if possible, as if captured they either later escape with the help of their fellow bandits or are freed by a corrupt justice system,” Jütersonke said.

“The `dahalos’ in turn react by increasing their groups and armaments… Similarly, security forces themselves have a tendency to silence their captives rather than arrest them, for fear that the latter [`dahalo’] might talk about their collusion [with security forces].”

Ambotragano has its own self-defence unit and “when there are people that we don’t know, the village watch will go and ask them what they are doing here,” Razafindranoivo said. However, it is a day-time operation as villagers are too scared to patrol after sunset.

Piers Pigou, International Crisis Group (ICG) Southern Africa project director, told IRIN security in Madagascar - which was far from ideal before 2009 - has worsened because of the diminishing legitimacy and capacity of the security sector, which “in turn feeds opportunistic criminal activities, and of course the situation is compounded by deteriorating socio-economic conditions.”

The World Bank says the country’s 20 million people have an annual per capita income of about $400 and estimates more than 75 percent of the population live in poverty. The international donor community froze all but emergency assistance in the wake of the 2009 coup and despite negotiations by the international community and the Southern African Development Community (SADC) for a return to democracy, the country’s political future remains unchartered.

`Dahalo’ links to the military

David Zoumenou, a senior conflict analyst at the Pretoria-based Institute for Security Studies (ISS), told IRIN: “The links between the military and the `dahalo’ is seen as one of the country’s highest risks,” particularly in the “stateless environments” of the zones rouges, as the resource-rich country provides a host of opportunities for both local and international criminal syndicates - from the rosewood trade through to precious metals and gems, and the smuggling of rare and sought-after wildlife.

In July 2011 the authorities confiscated six containers of rosewood logs worth up to $600,000 from a port in the northwest of the country.

The zones rouges are not a “new problem” and bandits with monikers such as Ratsibahaka (The Bad Lemur) and Zaza Mola (Crazy Baby) have become part of the island’s folklore for their criminal exploits “but since 2002 they [zones rouges] have become very prominent,” Zoumenou said.

Political instability became the handmaiden of small arms proliferation on the island and after Ratsiraka refused to accept electoral defeat to Ravalomanana, the country was pushed to the verge of civil war in 2002 before international intervention averted conflict.

During the stand-off - which saw the capital blockaded for six months - the army split their allegiances and the two presidential contenders enlisted civilians and reservists to form militias to bolster their respective forces, ranging Ravalomanana’s “légitimistes” against Ratsiraka’s “loyalistes”.

“Lots of people were armed from state arsenals and the weapons were never returned. Indeed, there are rumours that many of these armed folks are today’s `dahalo’,” Kartas said.

In the absence of any small arms recovery initiative, firearms are easily sourced through illicit channels, including AK-47 assault rifles, according to analysts, and the lower ranks of the poorly paid security forces are said to rent out their weapons, while the town of Ambatolampy, about 70km south of Antananarivo, is reputedly the island’s main centre for the production of hand-made firearms.

Increasing rural lawlessness is set against a lack of any effective security sector reform. Madagascar inherited and has maintained, by and large, a three-tier security system: a 12,500 strong army - although the top heavy officer-class structure is sufficient for an army of more than 400,000; a gendarmerie of 8,100 personnel supposed to provide security in rural areas; and a police force of about 20,000, or one officer for every 1,000 citizens. Within the security hierarchy the country’s police chief plays a subordinate role.

“The gendarmerie is characterized by an inflated proportion of high-ranking officers, a meddling in domestic politics, and entrepreneurial enrichment - as is the army… [The gendarmerie] are ultimately an ineffective service on the island’s vast territory,” the SAS report said.

The Malagasy air force - a few hundred personnel - flies an aging fleet of various aircraft, while the 500-strong navy has about six patrol craft, which analysts see as insufficient to patrol the 4,828km coastline of the world’s fourth largest island - one with countless remote natural ports providing anchorage for ocean going vessels - and so providing few barriers for the illegal export of its land and marine resources.

SAS author Kartas says that since the 2009 putsch living conditions in rural areas have not improved and “what is more, with the new regime, the influence of the military in politics has substantially increased. And security has focused on regime security, not on human security.”

Rajoelina has cited the well-equipped military unit, the Forces d’Intervention Spéciales (FIS), as a force suitable to counter the `dahalo’, but in practice it has merely suppressed elements suspected of planning a counter coup against Rajolena’s government in 2010.

Zoumenou of the ISS said Rajoelina had made “concessions” to the army’s officer class to essentially “do what they want” in rural areas, in exchange for their support for him to remain in power and “now everything is possible”.

ICG’s Pigou says: “The military remain kingmakers - although the nature of their relationship with some politicians is symbiotic. Any settlement must somehow co-opt them, or find a way of ensuring they do not interfere. While they may not be able to provide a political solution or alternative by themselves, without their blessing one imagines that any political `solution’ would be on a shaky foundation.”

Jütersonke said cattle rustling was a profitable venture, but the question was: Have the `dahalo’ already ventured into other criminal enterprises and “will they even start to embrace or express political goals? If they (`dahalo’) become a disciplined force with good equipment, the state’s army and security forces will face a formidable challenge.” 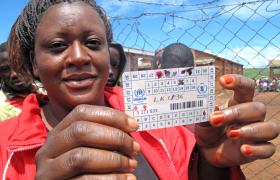