Read about what we achieved.
GONDAR

The Ethiopian government has extended a nationwide state of emergency for four months, hailing it as successful in restoring stability after almost a year of popular protests and crackdowns that cost hundreds of lives.

But while parts of Amhara, one of the hotbeds of the recent unrest, may be calm on the surface, IRIN found that major grievances remain unaddressed and discontent appears to be festering: There are even widespread reports that farmers in the northern region are engaged in a new, armed rebellion.

Human rights organisations and others have voiced concern at months of draconian government measures – some 20,000 people have reportedly been detained under the state of emergency, which also led to curfews, bans on public assembly, and media and internet restrictions.

“The regime has imprisoned, tortured and abused 20,000-plus young people and killed hundreds more in order to restore a semblance of order,” said Alemante Selassie, emeritus law professor at the College of William & Mary in the US state of Virginia. “Repression is the least effective means of creating real order in any society where there is a fundamental breach of trust between people and their rulers.”

The government line is far rosier.

“The state of emergency enabled us to focus on repairing the economic situation, compensating investors, and further democratising the nation… [and] allowed us to normalise the situation to how it was before, by enabling us to better coordinate security and increase its effectiveness.”

On 7 August 2016, in the wake of protests in the neighbouring Oromia region, tens of thousands of people gathered in the centre of Bahir Dar, the capital of Amhara. They had come to express their frustration at perceived marginalisation and the annexation of part of their territory by Tigray – the region from which the dominant force in Ethiopia’s ruling coalition is drawn.

Accounts vary as to what prompted security forces to open fire on the demonstration – some say a protestor tried to replace a federal flag outside a government building with its now-banned precursor – but by the end of the day, 27 people were dead.

That toll climbed to 52 by the end of the week. In all, some 227 civilians died during weeks of unrest in the Amhara region, according to the government. Others claim the real figure is much higher.

A six-month state of emergency was declared nationally on 9 October. Military personnel, under the coordination of a new entity known as the “Command Post”, flooded into cities across the country.

“Someone will come and say they are with the Command Post and just tell you to go with them – you have no option but to obey,” explained Dawit, who works in the tourism industry in the Amhara city of Gondar. “No one has any insurance of life.” 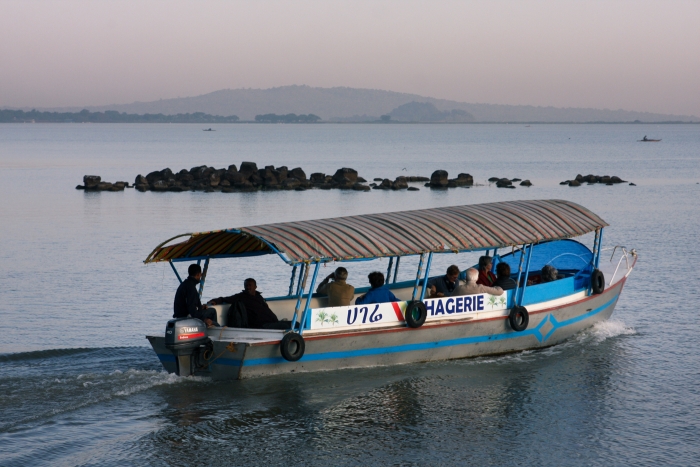 Local people told IRIN that the Command Post also took control of the city’s courts and did away with due process. Everyday life ground to a halt as traders closed shops and businesses in a gesture of passive resistance.

“In 2015, Ethiopia was voted by the likes of The New York Times and National Geographic as one of the best destinations,” said Stefanos, another Gondar resident who works in the tourism sector. “Then this happened and everything collapsed.”

Before it was renewed, the state of emergency was modified, officially reinstating the requirement of search warrants and doing away with detention without trial.

It “isn’t just about security,” he said. “There is a political package with it: Since two weeks ago, the government has been conducting meetings across the region at grassroots levels to address people’s economic and administrative grievances, which are what most people are most concerned about.”

“We have no sovereignty. The government took our land,” a bar owner in Gondar who gave his name only as Kidus explained. “That’s why we shouted Amharaneut Akbiru! Respect Amhara-ness!” during the protests, he added.

Others still feel marginalised and are angry at the government’s heavy-handed response.

“If you kill your own people, how are you a soldier? You are a terrorist,” 32-year old Tesfaye, who recently left the Ethiopian army after seven years, a large scar marking his left cheek, told IRIN in Gondar. “I became a soldier to protect my people. This government has forgotten me since I left. I’ve been trying to get a job for five months.”

A tour guide in Gondar, speaking on condition of anonymity, was also critical of the response: “The government has a chance for peace, but they don’t have the mental skills to achieve it. If protests happen again, they will be worse.”

However, some do believe the authorities have to take a tough line.

“This government has kept the country together. If they disappeared, we would be like Somalia,” said Joseph, who is half-Amharan, half-Tigrayan. “All the opposition does is protest, protest. They can’t do anything else.”

Even as calm has been restored in some areas, a new form of serious opposition to the government has taken shape: Organised militia made up of local Amhara farmers have reportedly been conducting hit-and-run attacks on soldiers in the mountainous countryside.

“The topography around here is tough, but they’ve spent their lives on it and know it,” said Henok, a student nurse who took part in the protests. “They’re like snipers with their guns.” 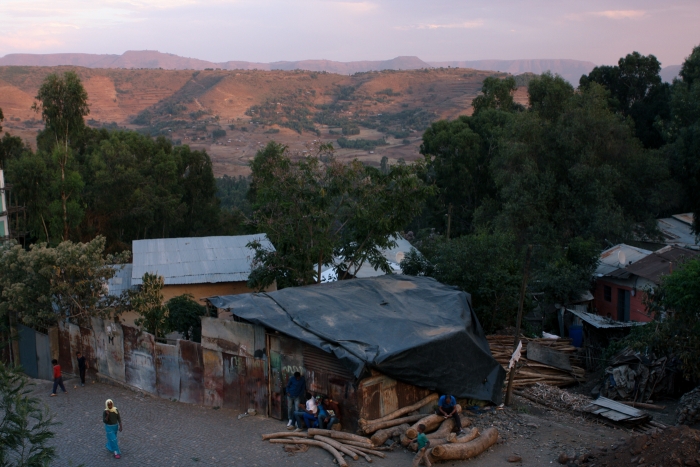 “The government controls the urban but not the rural areas,” he said. “[The farmers] are hiding in the landscape and forests. No one knows how many there are,” he said, adding that he’d seen “dozens of soldiers at Gondar’s hospital with bullet and knife wounds.”

Young Gondar men like Henok talk passionately of Colonel Demeke Zewudud, who led Amhara activism for the restoration of [the annexed] Wolkite district until his arrest in 2016, and about Gobe Malke, allegedly a leader of the farmers’ armed struggle until his death in February – reportedly at the hands of a cousin on the government’s payroll.

“The farmers are ready to die,” a priest in Gondar told IRIN on condition of anonymity, stressing that the land is very important to them. “They have never been away from here,” he explained.

Without referring specifically to any organisation of armed farmers, Zadig, the government minister, said the state of emergency had been extended because of “agitators” still at large.

“There are still people who took part in the violence that are not in custody, and agitators and masterminds of the violence who need to be brought before the rule of law,” he said. “And there are arms in circulation that need to be controlled, and some armed groups not apprehended.”

Terrence Lyons, a professor at The School for Conflict Analysis and Resolution at George Mason University in the United States, said the government must decentralise power to achieve longer-term stability.

“Grievances haven’t been addressed by the state of emergency or by the government’s commitment to tackle corruption and boost service delivery,” Lyons told IRIN. “There needs to be a reconsideration of the relationship between an ethnic federation and a strong centralised developmental state, involving a process that is participatory and transparent – but we aren’t seeing that under the state of emergency.”

In 1995, Ethiopia adopted a federal system of government, which in theory devolves considerable power to the country’s regions. But in practice, key decisions are still taken in Addis Ababa.

“If the government wants a true and real form of stabilisation, then it should allow for a true representative form of governance so all people have the representation they need and deserve,” said Tewodros Tirfe of the Amhara Association of America.

In a report presented to a US congressional hearing in early March, Tewodros said some 500 members of the security forces had been killed in the recent clashes in the Amhara region. “Deeper resentment and anger at the government is driving young people to the armed struggle,” he told IRIN.

But Zadig and the government insisted: “The public stood by us.”

“They said no to escalating violence. In a country of more than 90 million, if they’d wanted more escalation we couldn’t have stopped them.”

“As long as dissidents and those speaking about alternatives for Ethiopia are dealt with as terrorists, the underlying grievances will remain: governance, participation, and human rights,” he told IRIN.

“The very strength of the [ruling] EPRDF is its weakness. As an ex-insurgency movement, its discipline and top-down governance enabled it to keep a difficult country together for 25 years. Now, the success of its own developmental state means Ethiopia is very different, but the EPRDF is not into consultative dialogue and discussing the merits of policy.”

(TOP PHOTO: A statue of 19th-century Ethiopian Emperor Tewodros—a legend to many Amhara—dominates the piazza area in the centre of the city of Gondar, in northern Ethiopia's Amhara region. CREDIT: James Jeffrey/IRIN)