On Sunday evening, the bars of Addis Ababa were doing their usual brisk business. Just 50 kilometres south of the Ethiopian capital, in the picturesque volcanic lake town of Bishoftu, more than 100 people lay dead.

About two million ethnic Oromo had turned up to celebrate a traditional cultural festival. But a deadly stampede ensued after police fired tear gas at protesters who were chanting anti-government slogans and throwing stones and bottles.

Ethiopia is going through its most widespread and sustained protests since the ruling Ethiopia People’s Revolutionary Democratic Front came to power in 1991. It’s testing the leadership’s grip, and its big idea of a “developmental state” – the implied bargain in which the government delivers economic growth, in exchange for acquiescence over its authoritarianism.

Although there has been significant economic growth over the past two decades, it has not kept pace with a “youth bulge”, rising unemployment and growing inequality. The bargain seems to be fraying in the face of increasingly obvious public corruption, disaffection with the suffocation of civil liberties, and localised misrule at the state level.

When Ethiopian marathon runner Feyisa Lilesa celebrated at the finish line in the Rio Olympics by crossing his forearms above his head, the symbol of the opposition movement, he drew attention to the months of government crackdowns on protest.

Since November 2015, that has cost upwards of 600 lives, according to human rights groups.

“The oppressed stay silent but eventually you reach a critical mass and then it boils over,” said Yilikal Getenet, chairman of the opposition Blue Party. “Hundreds have been killed but they keep protesting. They go to protests knowing the risks. So what does that tell you?”

The Oromo are the country’s largest ethnic group, constituting 35 percent of the country’s nearly 100 million population. They have historically felt short-changed by successive regimes in Addis Ababa, and, initially, the unrest was confined to the Oromia Region.

But then in August, similar grassroots protest broke out among the Amhara, Ethiopia’s second largest ethnic group, starting in the ancient city of Gondar. For the first time, the government seemed to be on the ropes.

“This movement, fundamentally, involves the peasants in the countryside,” said human rights lawyer Abebe Hailu. “This government came into being with the support of the rural poor. Now it is the rural poor that is against them – this is the irony.”

Addis Ababa, the hub of political power and the engine of Ethiopia’s economy, has remained relatively cocooned. But there is undoubtedly a degree of uncertainty lurking among the sparkly new malls and rushing traffic.

It’s hard to say how closely the Amhara and Oromo activists are cooperating; but they are releasing joint press releases, mounting joint demonstrations outsides embassies abroad, and both groups are expressing solidarity with their counterparts.

“The immediate causes of the two sets of protests were different but they have the same demands: deliver the right leadership,” said Yilikal, the opposition party chairman.

“That was why, when the Amhara protested in Gondar, they carried posters calling for an imprisoned Oromo leader to be freed. Activists from either side are releasing messages to stand together.”

Merera Gudina, chairman of another opposition party, the Oromo Federalist Congress, believes the ruling EPRDF’s political project of “ethnic federalism” could be unravelling.

“What’s happening is a combination of everything: historical marginalisation and present marginalisation,” he told IRIN. “It’s a revolt against minority rule and its policies.”

The EPRDF’s federal constitution was meant to accommodate the country’s impressive diversity of more than 80 ethnic groups, providing for shared and decentralised power.

But the EPRDF is seen as controlled by the Tigrayan People’s Liberation Front, which waged a successful guerrilla war against the 14-year military dictatorship of Haile Mariam Mengistu.

Tigrayans form only about six percent of the population but have a key role in government, business, and especially the security forces – to the chagrin of those that are locked out.

“The TPLF has trapped itself by ethnicising political life without accepting real autonomy for every regional state,” explained Robert Wiren, a French journalist who specialises on the Horn of Africa.

“It is an open secret that behind each regional state leader there is a kind of unofficial political supervisor,” he said. “Since Ethiopia’s economic growth is due to a centralised-driven process, a lot of non-Tigray people suspect the Tigray elite to be the only beneficiary of the economic boom.”

This style of governance has alienated the Amhara, who historically provided the emperors that ruled the country. The Oromo feel they have always been excluded, first by the Amhara, and then by the Tigrayans, a reality that could limit the strength of the new opposition alliance.

The towering figure of Meles Zenawi, who ruled Ethiopia from 1991 until his death in office in 2012, wasn’t blind to such frictions. He chose as his successor Hailemariam Desalegn, who hails from a minority southern ethnic group.

While proving himself an able technocrat, Hailemariam hasn’t been able to restrain Ethiopia’s competing elements and balance its fragile ethnic politics.

But he hasn’t been shy of speaking out, warning that issues facing the regime are a matter of “life or death”, and criticising party members for using “public authority for personal gain at all levels”.

And he appears willing to make concessions. In the wake of the initial Oromo protests, the government shelved the ostensible cause: a plan to expand Addis Ababa into the surrounding Oromia countryside. This unprecedented government compromise was praised by many.

“Obviously, the government has to maintain law and order. That’s the point of a government. But you have to balance things: on the one hand law and order, but on the other you have to deliver genuine solutions to people’s demands,” noted Lidetu Ayele, founder of the opposition Ethiopia Democratic Party.

“If you balance that, you can really handle the situation. Otherwise, if you always pretend and play the same old political game, it cannot take you anywhere.”

But the government doesn’t appear willing to go to the extent of opening a dialogue with the opposition. “All we have are our principles and public support – we have no power to negotiate with them on anything,” said Yilikal.

Do opposition parties have a plan?

But the civilian opposition – as opposed to the armed insurgents the government still battles – is also criticised for not matching the volume of its anti-government rhetoric with effective policy alternatives.

During Ethiopia’s now infamous 2005 national election, opposition parties won a significant number of seats, but some refused to take them due to accusations of vote rigging that denied them outright victory. 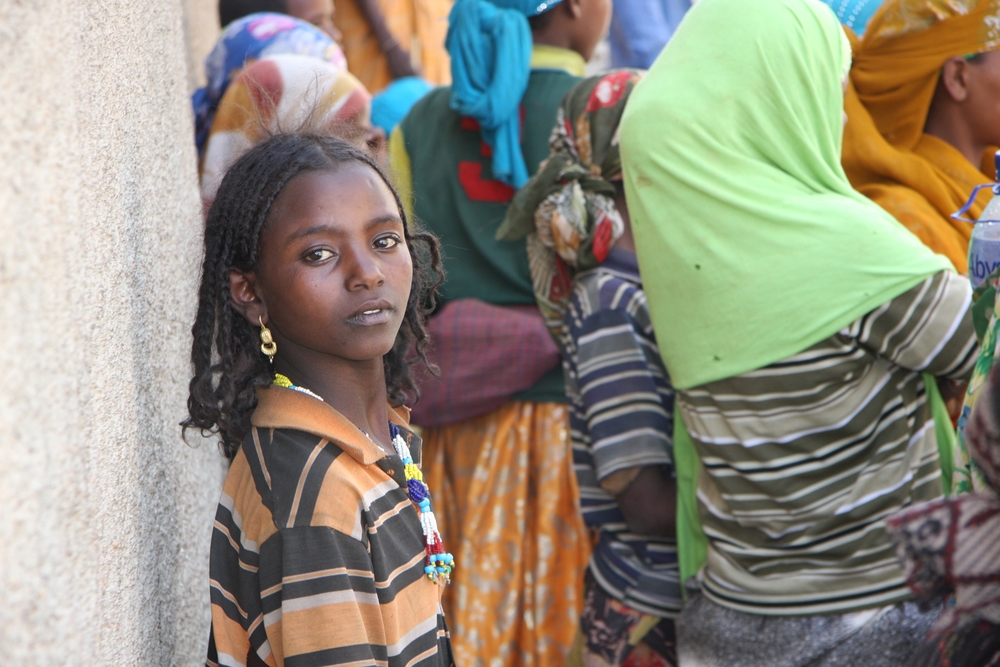 While many acknowledge vote rigging occurred, others lament how that boycott proved catastrophic. Today the opposition remains divided, apparently unable or unwilling to coalesce into a single effective voice.

“In most cases, the Ethiopian opposition have conflated opposition with opposite,” he added. “When asked for details of the programme for achieving those three needs, they revert to type and complain about how difficult it is to be opposition instead of answering the questions.”

“There are two types of opposition: those involved in armed struggle and then there’s legal representation like us, but the problem is the EPRDF puts all opposition in the same basket,” said Merera, of the OFC.

“If it’s not willing to open political space for moderate forces, how can we do anything?”

It’s argued, however, that much of the inability of opposition parties to gain traction and effectively engage with the EPRDF has more to do with their funding.

“Nearly all of opposition political party funds come from the diaspora, and the diaspora are not going to pay for an opposition that cosies up to the EPRDF,” the analyst said.

The EPRDF’s “revolutionary democracy” ideology is seen as fundamentally anti-democratic. What is needed, observers say, is reform. That would include releasing all political prisoners, unshackling the media, allowing freedom of expression, and reforming key institutions such as the judicial system.

The government has started talking about reforms. But for a country with a millennia of centralised, autocratic rule – first under its emperors and then its military leaders – that’s much easier said than done.

“People need to be calm and patient,” said Abebe, the human rights lawyer. “And we need acceptance by the government about making real reforms.”