Tensions are running high at the Greek-Macedonian border. Thousands of migrants and refugees have been stranded there for the past two days since Macedonian authorities began only allowing those from Syria, Iraq and Afghanistan to cross and continue their journey to northern Europe. 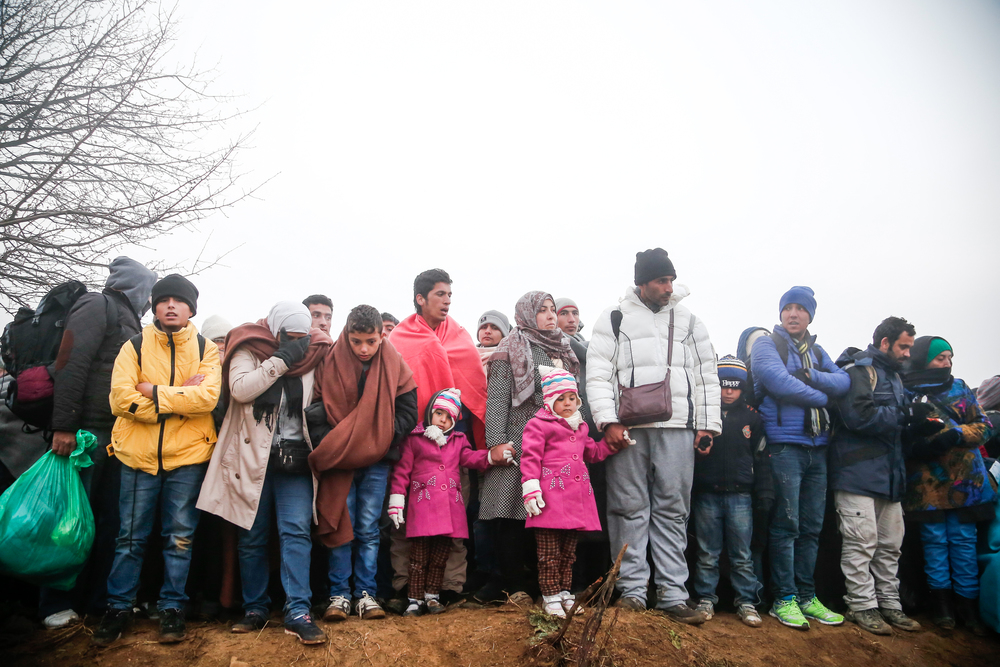 On Thursday night, as temperatures fell to six degrees Celsius, the border was closed completely, and many of the migrants were forced to sleep in the open as volunteers at a transit camp near the border ran out of tents and blankets. Tents provided by the UN’s refugee agency, UNHCR, and Médecins Sans Frontières (MSF), could only accommodate just under 1,000 people while aid agencies estimated that 5,500 people were stranded at the border. 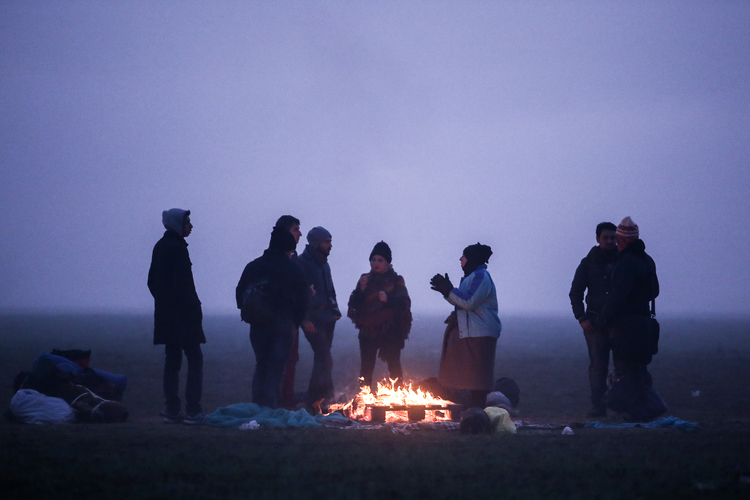 On Friday morning, the border was reopened but only groups of Syrians, Afghans and Iraqis were allowed to cross. Those left behind were from Iran, Morocco, Cote d’Ivoire, Pakistan, Cameroon and other countries. They shouted and held up the registration papers they’d been issued after arrival to the Greek islands. 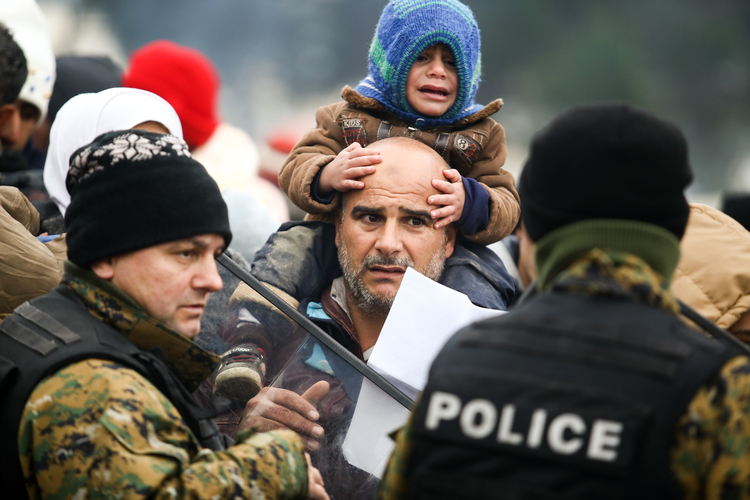 “We are people too. Why don’t they let us cross?” asked Vakasamin, from Pakistan, with tears in his eyes.

Yianni, a 34-year-old dentist from Cameroon was at a loss. “I can’t go back to my country. We are also at war you know? We have Boko Haram! I need to continue with my studies and my life.”

Many eventually scattered through the crop fields around Idomeni, a Greek village near the border, in an effort to find alternative points to cross, but armed Macedonian border police were out in force and threatened anyone who came too close. 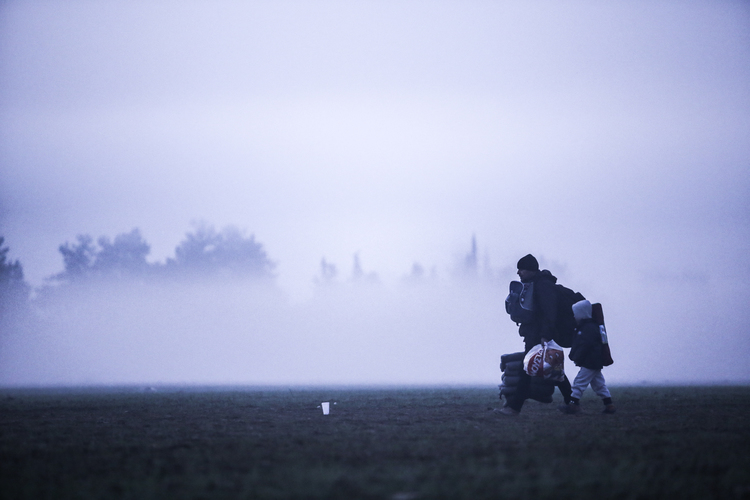 Last night, a group of Iranians lay down on the train tracks near the border and threatened not to leave unless they were allowed to cross – even if it meant being run over by a train. Another group of migrants made cardboard placards asking for freedom. 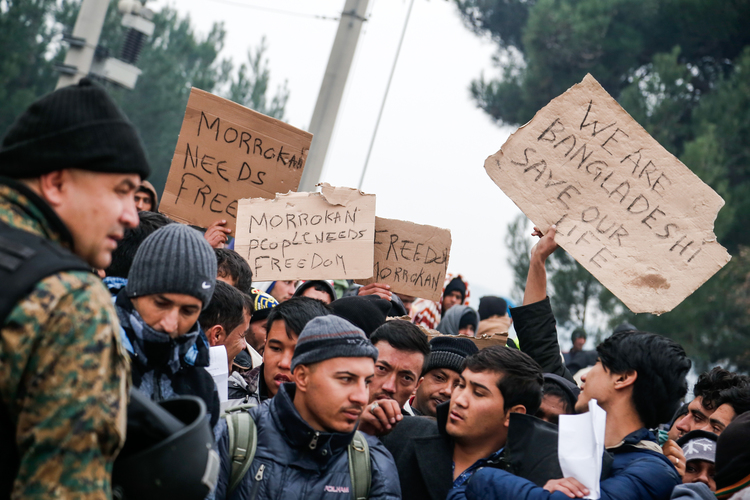 The migrants are desperate for information, but volunteers and aid agencies have little to give.
“It was a sudden and fast decision [to restrict which nationalities can cross], made by several governments and organisations. We don’t know what is happening,” said an aid agency worker who did not want to be named.

Aggela Boletsi, a psychologist working with MSF, said some of the stranded migrants, including many families with small children, were already suffering from post-traumatic stress disorder as a result of things they had witnessed in their home countries or on the journey.

“As long as people can move fast towards their destination, their trauma is hidden, but the more they have to wait, the more they become frustrated,” she said. 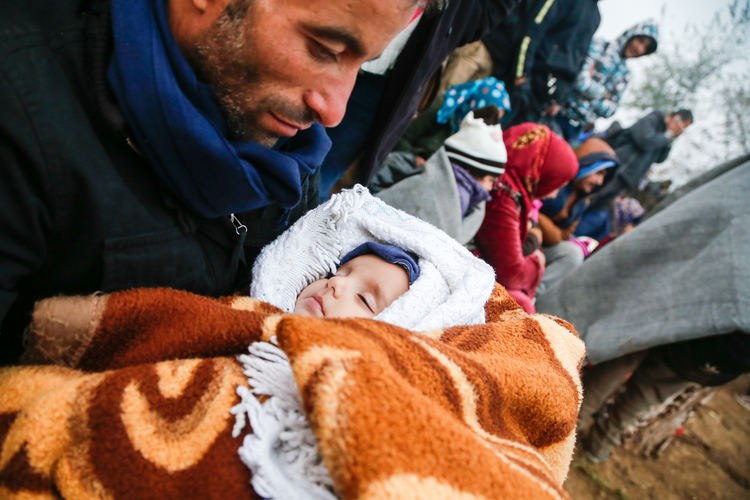 UNHCR and the International Organization for Migration (IOM) issued a joint statement on Friday morning condemning the restrictions on the basis of nationality that several Balkan counties have imposed since Wednesday evening.

“These measures by states are creating tension at border crossings and a domino effect, leaving in total limbo some refugees and migrants stranded at different border points,” notes the statement, which also voiced concerns about the shortage of places to accommodate people along the Balkan route if migrants were not allowed to move on.

For the time being, there is no clarity on what will happen next for those unable to move forward and unwilling to go back.