Has the Philippine army been in cahoots with armed groups accused of murdering civilians in the southern region of Mindanao? That’s the focus of an investigation the government has finally agreed to undertake.

Responding to pressure inside and outside the country, including from the United Nations, the government said on 22 September that it would probe the killings of three indigenous rights activists earlier this month. Now, Justice Secretary Leila de Lima has said the investigation will be broadened to look into the wider roles of paramilitaries and their supporters.

Who are the victims?

The victims are known as “Lumads”, which is a collective term for indigenous peoples living in Mindanao. Lumad communities have found themselves caught in a war between the Philippine military and an insurgent group known as the New People's Army (NPA).

Both the military and paramilitary groups have been accused of abuses against civilians, and the brazen killing of three indigenous leaders earlier this month sparked outrage and international attention. A paramilitary group called the Magahat Bagani Force attacked an indigenous school on 1 September in the town of Lianga in Surigao del Sur province, according to local civil society groups as well as Human Rights Watch and the United Nations Office of the High Commissioner for Human Rights.

In the pre-dawn attack, paramilitary members allegedly broke down dormitory doors and herded students and teachers outside. Magahat members then shot and killed educational administrators Dionel Campos and Emerito Samarca, as well as Juvillo Sinzo, a tribal leader. According to HRW, Philippine army soldiers had arrived in the community the day before the attack and camped nearby, but they did not intervene as the killings took place.

Rights and environmental organisations have also accused the military and paramilitaries of attempting to drive indigenous people from their ancestral lands in order to make way for mining companies. The province of Surigao del Sur has been designated by the government as the “mining capital of the Philippines”, HRW noted. Campos was a noted activist opposed to the exploitation of indigenous people by mining companies.

Who are the paramilitary groups?

The Alamara paramilitary group operates in the province of Davao del Norte, and rights groups say its members often carry out activities alongside military troops. According to HRW, soldiers accompanied Alamara members who harassed students and teachers in the town of Talaingod in March. “The soldiers stayed outside the classrooms but allowed the Alamara to go inside, fully-armed, accusing us of being supporters of the NPA,” one student told HRW.

Both paramilitary outfits are comprised of people recruited from indigenous communities.

What role does the military play?

Captain Alberto Caber, a spokesman for the military’s Eastern Mindanao Command, denied that the army is supporting paramilitaries and accused the NPA of pitting factions of Lumad communities against each other.

“Lumads are deceived by the communists through their recruitment efforts. For every five NPA members, four are Lumads from eastern Mindanao,” Caber told IRIN. “It is the communists who orchestrated everything that led to conflict within the communities.”

International rights groups as well as Filipino organisations such as Karapatan dismiss the idea that there is no link between the army and groups like Magahat and Alamara. Karapatan said it has documented the relationship between the military and Alamara going back to 2002.

Even the justice secretary, de Lima, linked the groups to the army in her statement on Sunday, repeatedly mentioning “paramilitaries” and promising “a conclusive probe on their supporters who fuel their criminal operations and acts of violence”.

The UN special rapporteur on the human rights of internally displaced persons, Chaloka Beyani, has also expressed concern about links between the Armed Forces of the Philippines (AFP) and paramilitaries. After visiting the region in July, he reported that indigenous people “described to me their concerns including their alleged forced recruitment into paramilitary groups, known as Alamara, under the auspices of the AFP”. 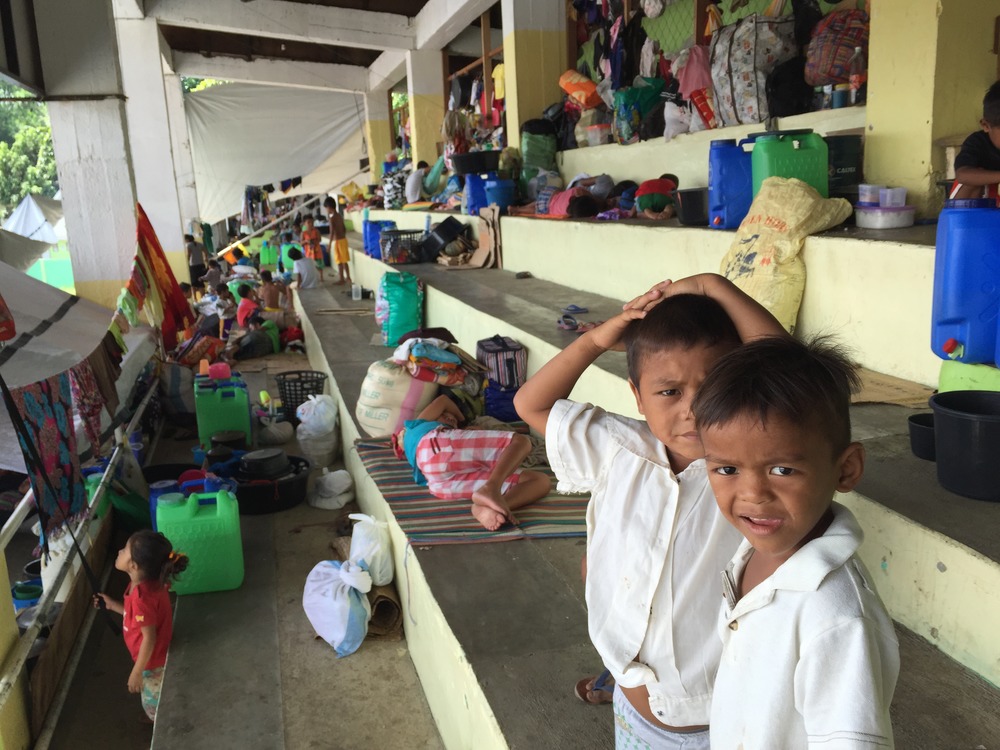 Who are the guerillas?

The NPA is the armed wing of the Communist Party of the Philippines and has waged one of Asia’s longest-running insurgencies for the past four decades. At the height of its power in the 1980s, the NPA had close to 30,000 fighters, but its ranks have fallen to about 5,000 today.

On Sunday, de Lima accused the NPA of “heightened recruitment” in Lumad communities, which she said had resulted in “the subsequent intensification of armed operations”.

Schools run by religious and nongovernmental organisations have borne the brunt of attacks, as paramilitaries accuse them of indoctrinating students with communist ideology – a charge repeatedly denied by educators.

“The paramilitary group harasses them into joining, and if they refuse, then they say ‘Ah, you are a (communist) rebel’,” Kharlo Manano of the Salinlahi Alliance, an NGO that has been trying to help affected children back to school, told IRIN.

Is there hope for a credible investigation?

Phil Robertson, HRW’s deputy director for Asia, said he welcomed de Lima’s pledge of a sweeping investigation into the activities of paramilitary groups and their backers. But he pointed to a history of military impunity and said the investigation would fail unless it resulted in paramilitary leaders being tried in civilian courts.

“The government has promised big before, and then failed to deliver,” he told IRIN. “So it's important to make sure the justice minister delivers on this promise and ensures no opportunity is missed to hold accountable those responsible.”