This article is part of our in-depth coverage. Read more like this...
Nuwakot

Phulmaya Biswakarma sat on a pile of rubble that used to be her home, watching the road that snaked across the mountainside for a vehicle carrying relief supplies to her remote village in earthquake-devastated Nepal.

The wind whipped against the temporary shelters her family had built amongst the wreckage, and the sun sank behind the mountains in Nuwakot district, about 100 kilometres north of the capital, Kathmandu.

Her hope faded with the daylight.

“I guess there will be no truck today,” said 70-year-old Biswakarma. “It’s been a week now we haven’t received any relief.”

Phulmaya Biswakarma, 70, sits on top of the rubble of what used to be her house in the remote village of Belaune Dara in Nepal's Nuwakot district. Most of the 52 families who live here are in dire need of food aid and shelter 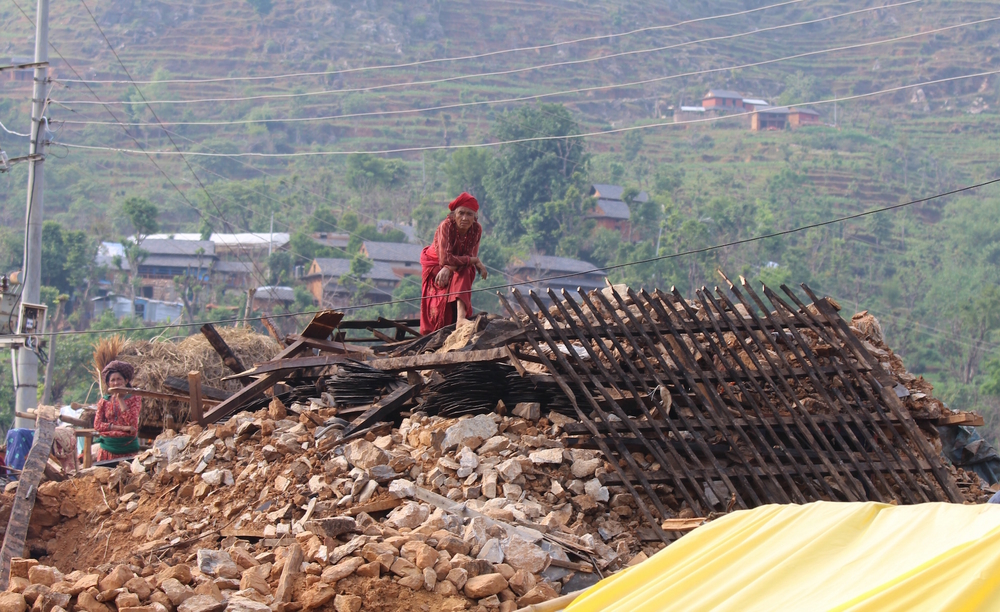 Many more Nepalese in remote regions are likely to face increasing shortages of supplies such as rice, tarpaulins and medicine, the government and aid agencies warn.

There was an outpouring of emergency funding in the wake of the 25 April earthquake that killed more than 8,000 people and left 8.1 million people in need of humanitarian assistance.

But lives are at risk as funding has been reduced “to a trickle,” while the monsoon rains are expected within weeks, making relief efforts even more challenging in a country where many villages are accessible only by foot, the International Organization for Migration (IOM) said.

The United Nations Office for the Coordination of Humanitarian Affairs (OCHA) said, as of Monday, it had received only $92.4 million of the $423 million it requested in a “flash appeal” on 11 May.

In contrast, IOM pointed out that $735 million had been committed within a month of the 2010 earthquake in Haiti, while the 2013 typhoon that slammed into the Philippines prompted a $275 million commitment within the same time period.

See: No husband, no home: Migrant wives struggle in Nepal

Without more funding, IOM said its contractors would have to stop clearing rubble within 10 days, and medical assistance to people with debilitating injuries would cease. Supplies to build temporary shelters would also be severely curtailed, leaving tens of thousands of families with only tarps and plastic sheets to protect them from the monsoon and the following winter.

Trucks carrying relief supplies in the rural village of Dhunche in Nepal's Rasuwa district a month after the 25 April earthquake in 2015. Truck drivers often travel along very dangerous routes, which will only become more perilous once the imminent monsoo 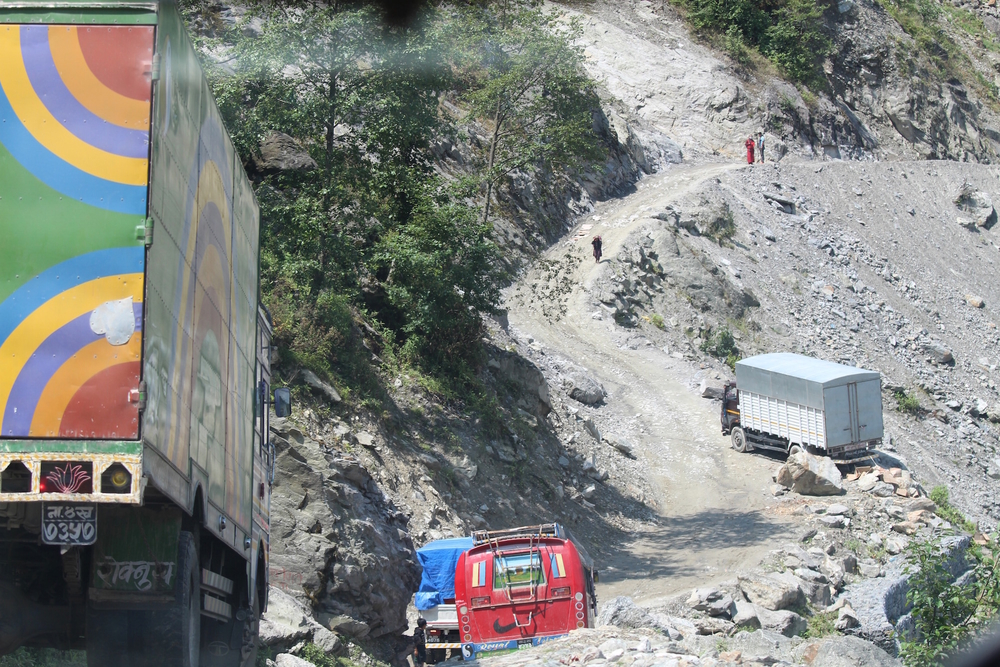 “Our top priority now is to speed up the process of providing safe shelters for the mass of displaced families as the monsoon is almost here, but there is huge shortage of funds,” he told IRIN.

Providing access to education and building temporary shelters are the main priorities for Plan International, according to Mike Bruce, a regional spokesperson who arrived two days after the quake and spent three weeks there.

But long-term planning is also important, which will need continued funding, he emphasised.

“Schools need not just to reopen, but to be safe,” said Bruce. “If we don't take this opportunity to build back better, then we take the risk of future disasters.”

That risk was underscored when a second quake hit Nepal on 12 May, killing 65 more people and wreaking further destruction.

More than half a million houses were destroyed and 269,190 damaged either by the earthquakes or the numerous aftershocks, OCHA said in its latest report, published on Monday.

Almost a million children will be unable to return to school when lessons resume next Monday because their classrooms have been destroyed or badly damaged, according to OCHA. An estimated 2.8 million people remain in need of humanitarian assistance and 860,000 of them require immediate aid, the report said.

See: 'We've given up hope': Nepali villagers wait for the aid that never comes

A displaced mother walked for hours with her son to get food relief and a blanket in the village of Kharanitar in Nepal's Nuwakot district. Supplies are often dropped far away from remote villages 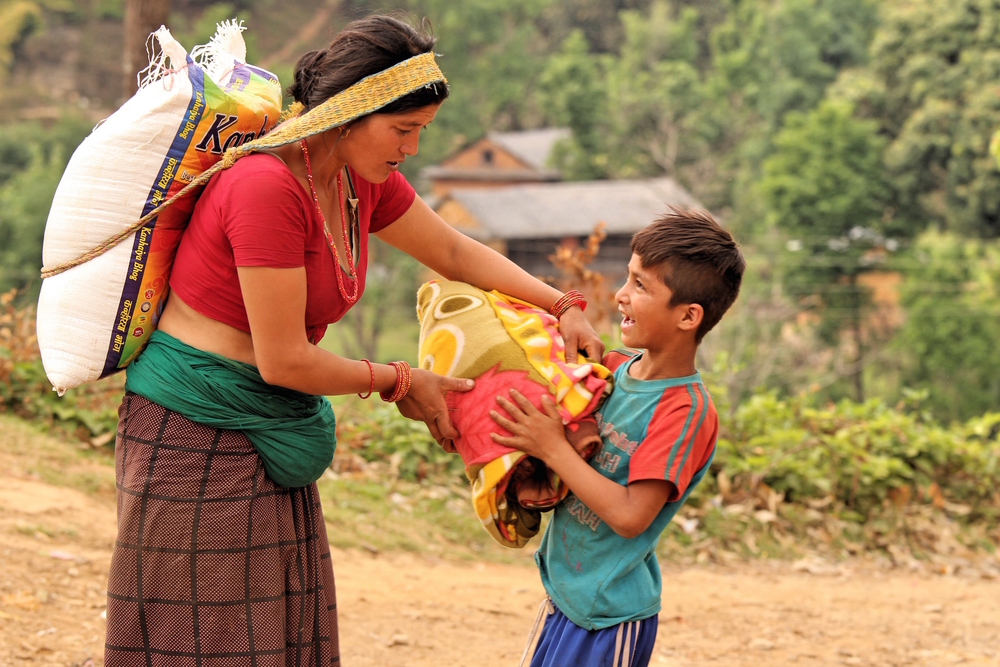