The publicity surrounding an 11-year-old communist rebel reported to have surrendered to the Philippines military this month has served as a harsh reminder of the work still to be done to rid the South East Asian country of the scourge of child soldiers.

The boy, referred to in news reports by his nickname Dodong, was recruited aged just six into the New People’s Army (NPA), which has been waging a Maoist insurgency in the southern Philippines for decades.

“He personally witnessed and was involved in laying some improvised explosive device along the highways. He figured in at least six gun battles,” said Philippines army spokesman Major Emmanuel Garcia.

“The NPA are grossly violating the rights of children and subjecting them to dangerous situations,” he added. “People need to know this.”

Requests to interview the boy to verify his story were denied, but IRIN understands he is now in the hands of social workers, who are trying to reunite him with his parents.

The NPA, thought to number around 4,500 combatants, is one of a number of armed rebel groups active in The Philippines, all of whom are accused of recruiting children into their ranks.

The country is a signatory to the Convention on the Rights of the Child and its Optional Protocols, and it has vowed to eradicate the practice; the recruitment of children for use in combat is officially prohibited under two laws pertaining to child labor and abuse (Republic Act 931 and 7610).

But progress is slow.

Political scientist Rommel Banlaoi, of the Philippine Institute for Peace, Violence and Terrorism Research, told IRIN that rebel groups waging protracted wars against the state had routinely flouted these laws.

“Children are easy targets to recruit for military purposes because of their vulnerability,” he said. “Many are seized and recruited by force, ” while others are induced to join to escape extreme poverty,” he explained.

"Children often become associated with armed groups through the fabric of their communities," said Lotta Sylwander, representative for the UN Children’s Fund, UNICEF, in Manila.

And she added: "Conscripting or enlisting children under 13 into national armed forces or armed groups or using them to participate in hostilities...can be constituted as war crime.”

Peace talks between the government and the NPA are currently suspended amid rebel demands that their jailed comrades be freed.

The Philippines army says it has identified around 340 child soldiers currently fighting with the NPA but the true figure may be higher.

For instance, the Islamist rebel group Abu Sayyaf, which is fighting for an independent province in and around the south-western islands Basilan and Jolo, is widely reported to recruit young teenagers to its ranks, but researchers have not been able to determine the precise number while its violent activities continue. 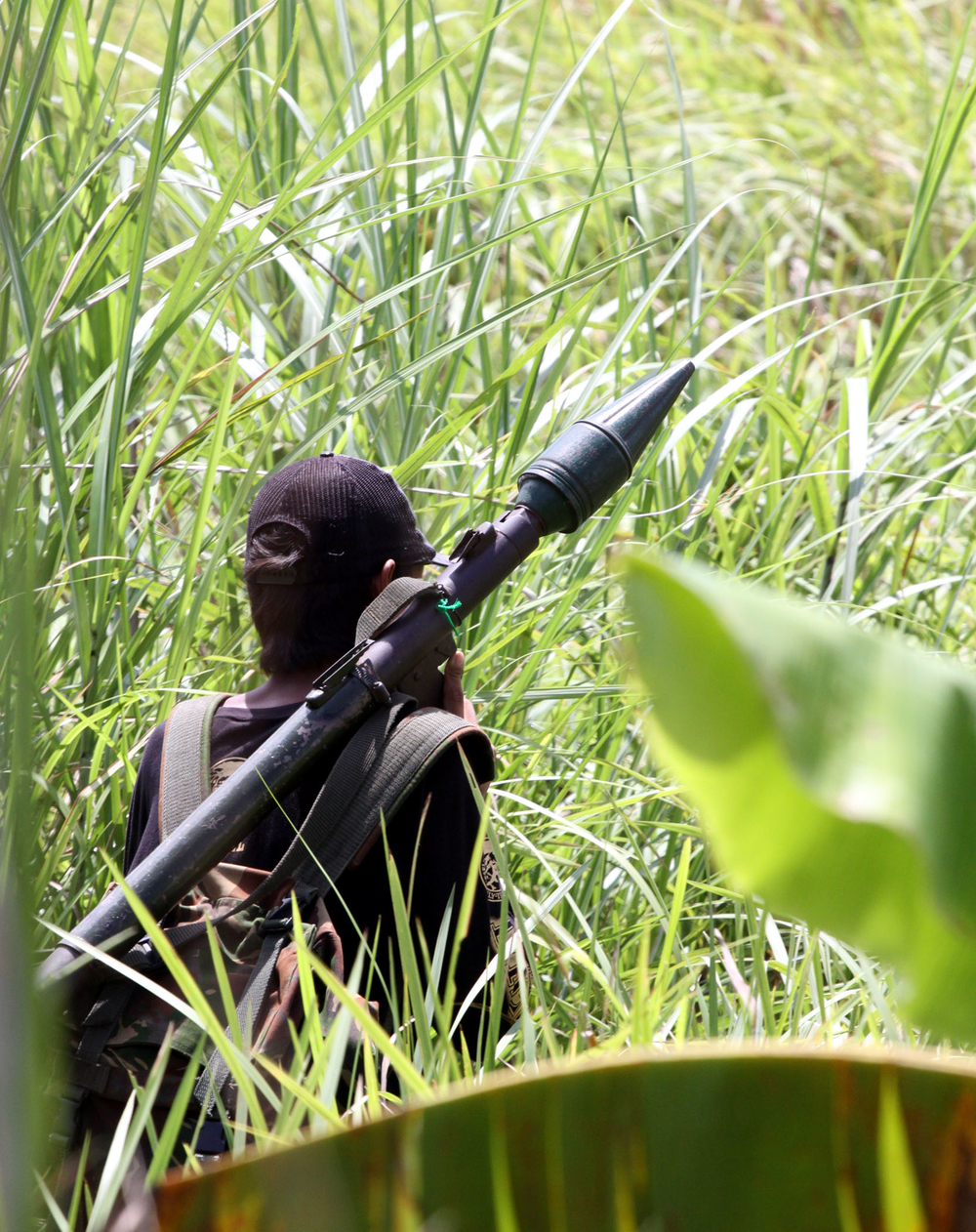 Away from the frontline

We don’t force people to fight, but perhaps there were differences with western cultures,” he said, referring to what he called a “misunderstanding of Islamic law” which says that boys older than 13 are permitted to protect a house if under attack.

However, she said the fact that peace monitors on the ground had not received reports of children involved in any recent “ceasefire violations” was encouraging.