The northeast African regional Intergovernmental Authority on Development (IGAD) has been working to get the opposing sides in South Sudan to implement multiple ceasefire and peace process commitments to try to end the crisis in South Sudan, but fighting has continued with little progress towards ending the impasse.

Meanwhile, beyond such international efforts, the South Sudanese are trying to organize their own reconciliation conversations, and independent grassroots efforts have sprung up.

In April, church groups and civil society organizations came together to create the National Platform for Peace and Reconciliation (NPPR), an independent body seeking “to form a united platform to work for peace and reconciliation in South Sudan”.

Since its launch, the organization has attempted to reach out to key stakeholders in the mediation process such as the government, opposition and IGAD team in Addis Ababa. They have also worked with local media, and joined forces with other civil society groups.

The platform was formed with the understanding that “the problems confronting the country are urgent, bigger and more complex than any single body can handle,” said Reverend Bernard Suwa, secretary-general of the Committee for National Healing, Peace and Reconciliation (CNHPR), one of three organizations that banded together to form the NPPR. “There was also a realization that the problems of South Sudan must be worked out by the South Sudanese themselves.”

“Each [group] brings their own strengths to the platform and their combined mandates, capacities and distinct roles and responsibilities provide the basis for a viable platform through which to promote national peace and reconciliation efforts,” said David Okwier Akway, chairperson of the parliament’s SCPR.

In South Sudan, the churches play a powerful role, and their involvement in a peace platform is crucial. Throughout the decades-long civil war, they were at times the only stable institutions and as such, have legitimacy with many, especially in more remote areas of the country.

During the signing of the 9 May Peace Agreement, Kiir and Machar “initially refused to shake hands during the peace negotiations and it was a bishop who eventually managed to line them up and make them hold hands during a prayer for peace,” said Erik Solheim, chair of the OECD Development Assistance Committee, and former Norwegian minister of environment and international development.

Indeed, at the launch of the NPPR, President Kiir noted that “given the nature and leadership of the institutions we see the potential for them to reach out to a wide range of constituencies, not only in Juba… but also to all counties, bomas and payams of our country.”

While national peace efforts generally have a greater understanding of the complexities of the crisis and therefore focus on more long-term solutions, it is clear that the IGAD-brokered talks are so far falling short.

On 10 June, both leaders recommitted to ending the conflict and creating a transitional government of national unity within 60 days. IGAD warned both sides that member states “will take further collective action to pressure any party who fails to honour its commitments to date” noting that this could happen “through imposition of punitive measures”.

But, a fresh round of talks slated to start on 16 June was postponed after the opposition boycotted the event.

“The problem with the IGAD process for many of us is that it will only lead to an elite solution, unable and unwilling, I fear, to deal with the underlying causes,” said Michael Comerford, adviser to the CNHPR.

NPPR was created on the understanding that there is more to the South Sudan crisis than just a conflict between the two principals, and as such, according to their mandate, they will consult with “a wide set of stakeholders and interest groups” over the coming months.

Secretary-General Ban Ki-moon visited the Tomping site of the UN Mission in South Sudan (UNMISS), in Juba, where the UN is protecting approximately 20,000 civilians displaced by the fighting between government and rebel forces which broke out in December. 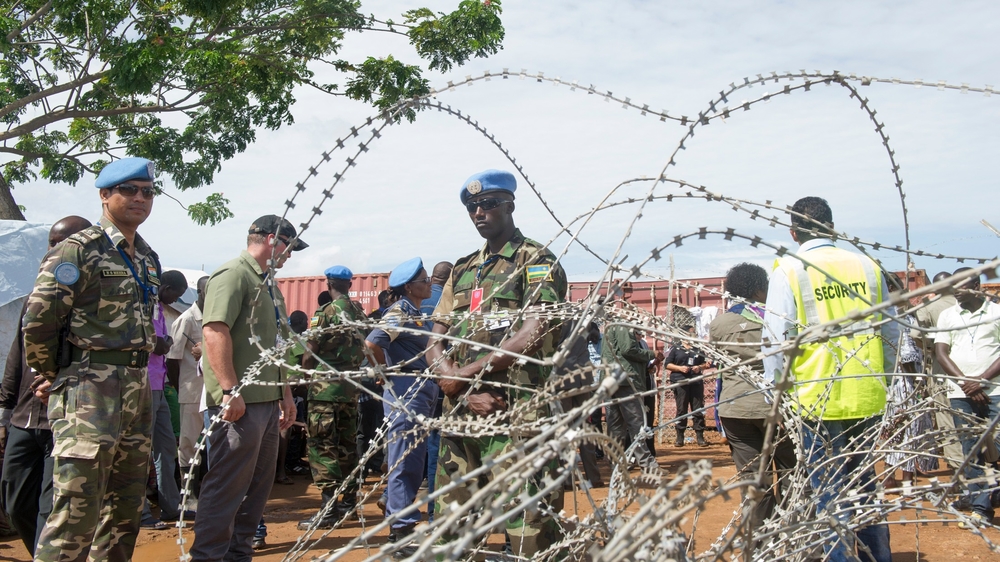 “The main argument for an inclusive peace process is to prevent potential spoilers from destroying the peace outcomes,” said Nhial Tiitmamer and Abraham Awolich of the Sudd Institute, in a paper in February. They called for civil society, women and youth groups, and community to community initiatives to be included within the peace process in order to get a wide range of perspectives.

It is also unclear how neutral regional governments are. Uganda, Ethiopia, Sudan and Kenya all appear to have taken positions in the conflict, and have strong interests in the outcome of the crisis.

“The crisis has added a new dimension to existing tensions in the region - between Uganda and Sudan on one hand, and Ethiopia and Eritrea on the other,” said Berouk Mesfin, senior researcher at the Institute for Security Studies (ISS) Africa. “Every day the crisis continues, additional pressure is placed on these states that have, for some time now, been locked in a distrustful and suspicious relationship to support one side or the other.

Reconciliation still a long way off

International peace talks are also often a quick fix solution. “What is taking place in Addis is a political settlement, but [it is] not building bridges across social divides,” Suwa told IRIN. “Unless comprehensive work is done in the area of reconciliation, these problems are likely to raise their ugly heads later.”

Because the peace deal was largely forced upon the leaders, using the threat of sanctions, it is “not a reflection of reconciliation or a political agreement between the president and his former deputy,” said an Amnesty International report in May. “The mood between them is ice cold and both of them still think they can benefit from victories on the battlefield.”

These types of deals are unlikely to be perceived as legitimate, or engender any sense of goodwill and forgiveness between the warring parties.

“A peace process which is truly inclusive and listens to the voice of the people on the ground has to trust those people,” John Ashworth, an adviser to church groups in South Sudan, told IRIN. “They will tell us how they want justice, accountability and other issues built into the process. These things will arise organically during the process, and should not be imposed from the beginning.”

“Although on paper the government seems to appreciate this process, I am afraid there is very little political goodwill from politicians,” Suwa told IRIN. “The government, for example, is prepared to run its own political dialogue and the people in opposition also are gearing to establish their own process of peace and reconciliation, instead of supporting a body that brings together all CSOs [civil society organizations].”

He also believes that the government views the NPPR as threatening “because it is likely to carry a stronger voice of the people of South Sudan” and will be a body that, once hostilities have ended “will question the people in authority and seek for justice and accountability”.

Comerford notes that the NPPR struggles with a perception of neutrality, and maintaining independence. For many, he believes, especially within the international community, independence mistakenly “seems to mean having no contact with the government, while reaching out to the opposition.”

More broadly, instituting successful peace and reconciliation is uncommon in South Sudan. “The precedent has been established with regard to violence as a political tool,” Comerford told IRIN. Actors appear to believe in South Sudan that “change and political objectives are achieved through non-peaceful means…

“While I am not party to the calculations made with regard to who should be included in the current talks in Addis, armed actors appear to have secured an automatic right to be there, while non-violent actors have to wait to be invited,” he added.

Indeed, when boycotting the continuation of peace talks on 16 June, the opposition said they would not attend because civil society representatives nominated to the negotiations were done through “a faulty process”.

A report from the US Institute for Peace (USIP) shows that, under certain specific conditions, local dialogue and small peace talks between groups can be very effective. If the agenda is limited, if the right people are in the room and are empowered, if the process is transparent and agreements and implementation mechanisms are drafted, and if there is a way to monitor results, war-torn states can use local processes to create stability.

There have been previous precedents for local peace initiatives in South Sudan. In May 2012, the Presidential Committee for Peace, Reconciliation and Tolerance in Jonglei State managed to negotiate and sign a peace agreement between the chiefs of all six communities in the area.

They came painfully close to creating a stable Jonglei, but for the actions of David Yau Yau, whose insurrection against the government of South Sudan led the state back into violence.

At the time, in 2013, the CNHPR said that “although not part of the traditional conflicts in Jonglei State, nevertheless the actions of Yau Yau have further destabilized the State and have begun to draw other actors back into a sadly familiar pattern.”

The inability of the government to cement the peace deal with meaningful development assistance and foster genuine reconciliation ultimately led to the collapse of the 2012 agreement. But it provides an illustration that there may be viable alternatives to IGAD processes, which for now are faltering.