The crisis in the Central African Republic (CAR) is deepening more than six months after a coup by the Séléka rebel coalition.

Hundreds of civilians have been killed in violence since the March coup, thousands have fled their homes, basic services have been adversely affected and senior humanitarian figures have warned of a possible spillover of violence into neighbouring countries.

Séléka, which propelled the current CAR interim President Michel Djotodia into power, “has since become the main perpetrator of violence against civilians”, says Oxford Analytica in a recent CAR brief.

What kind of rights violations are taking place?

“In the absence of the army, the police and [a] justice [system], these youths who include children, terrorize an unprotected population. Heavily armed, with their pick-up [trucks] and motor bikes, they kill, kidnap, [and] torture for money or to stifle all protest. They burn entire villages and rape the women. These human rights violations qualify as international crimes,” it stated in a report.

The FIDH report highlights human rights abuses by Séléka including: a massacre in the area of Gobongo, in Bangui in June, where rebels shot at a protesting crowd leaving several dead; an upsurge in rape cases since the rebel takeover of Bangui; and the looting and burning down of houses in the provinces.

FIDH calls on the international community to place sanctions on Séléka leaders and warlords, including the freezing of their financial assets and urges International Criminal Court action to address impunity.

In a September report Human Rights Watch (HRW) also highlighted serious human rights abuses by Séléka, including murder and rape. According to HRW, President Djotodia denied that Séléka fighters had committed abuses, and continued to shift blame for the violence onto loyalists of deposed President François Bozizé, “false Séléka,” and bandits - even though at least one Séléka official in the field admitted to HRW responsibility for some attacks.

On 13 September, President Djotodia announced the dissolution of Séléka and allied groups, but some senior Séléka figures are pursuing vendettas against perceived Bozizé supporters, according to Oxford Analytica. “In rural areas, fighters lived off their respective areas of control through looting and violence against local residents…

“With bands of rebel fighters ultimately loyal to their individual commanders, the president’s official dissolution of Séléka provides little incentives for compliance; there is almost no prospect of purely local action controlling armed groups.”

Where is the violence concentrated?

Ouham Province in the northwest is among those worst affected by violence.

“In the last month, we have treated more than 60 people in Bossangoa [Ouham’s capital] for injuries that are the result of violence, largely gunshot and machete wounds, including women and children,” said Erna Rijinierse, a surgeon with Médecins Sans Frontières (MSF). “More than 80 percent of surgeries have been for wounds that are conflict-related. MSF is horrified by what we are seeing, including burnt villages and appalling scenes of murder.”

"When such aggressions occur, the population traditionally flee to their fields located anywhere from one to 30km in the bush surrounding their village or city. There, they spend days, weeks and even months without proper shelter, no safe drinking water, limited food supply and no access to the most basic of healthcare."

Her remarks were carried in an MSF statement on 16 October calling for urgent humanitarian assistance amid “unprecedented levels of violence”. MSF said it had directly witnessed the execution of one healthcare worker, as well as multiple violent attacks on humanitarian staff.

What are the main humanitarian issues?

The violence in Ouham has pushed at least 170,000 people into the forest or into Bossangoa. In Bossangoa, about 36,000 people are seeking refuge at a church, a provincial administration office, and at a local school, according to a report by the UN Office for the Coordination of Humanitarian Affairs (OCHA). They are living in precarious conditions with limited or no access to shelter, clean water, food and sanitation, according to MSF.

Health care has been adversely affected. “Health structures have been looted, the few qualified personnel have fled, drug supply and logistic means are non-existent or paralysed and even worse is the population which flees violence by seeking refuge in the bush [and] does not have any access to the most basic of health care,” Sylvain Groulx, the MSF head of mission, told IRIN.

Some schools which had reopened have been closed, especially in the provinces of Ouham, Ouham-Pendé and Ouaka due to the insecurity, according to OCHA.

The International Medical Corps (IMC), in a 15 October statement, said the conflict was disrupting agricultural livelihoods in CAR. The looting of cattle, seeds, tools and already-meagre food reserves has compounded the situation.

IMC has recorded global acute malnutrition rates of 15.8 percent (above the UN World Health Organization emergency threshold of 15 percent) in parts of Haute-Kotto District in eastern CAR. Treatment services for malnourished children have been adversely affected with insecurity hindering humanitarian access and the transportation of vital food supplies, added IMC.

“More than 390,000 people in CAR are currently internally displaced; almost twice the numbers reported during the height of previous CAR instability between 2006-2008,” notes Melanie Wissing, the Internal Displacement Monitoring Centre’s (IDMC) assistant country analyst for CAR. “Today, estimates suggest that a staggering 10 percent of the population of CAR has been forced to flee since the Séléka movement overthrew the former President Bozizé and his regime in March.”

Is there a risk of regional spillover?

In mid-August, UN Under-Secretary General for Humanitarian Affairs Valerie Amos, in a briefing to the UN Security Council (UNSC) following a CAR visit, noted that the government is fragile and fraught with challenges “including divisions within Séléka, the proliferation of weapons in Bangui and beyond, disarmament, demobilization and reintegration efforts and the absence of state administration outside of Bangui.” 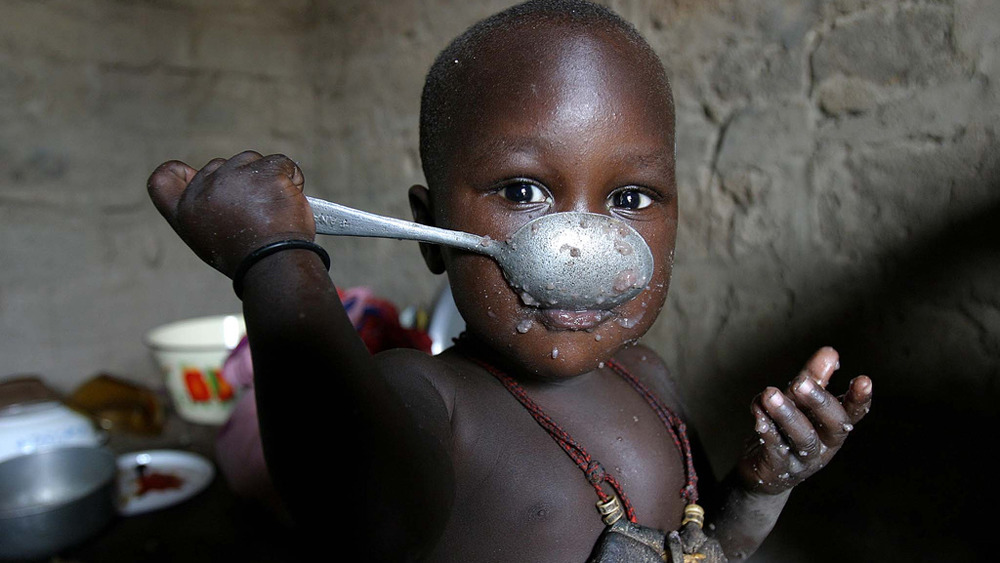 Amos further warned that the CAR crisis, which has affected the entire population of 4.6 million, threatened to spill across the border.

In her blog, Wissing amplifies Amos’s concern, noting that there has been increasing cross-border criminal activity and the presence of fighters from neighbouring countries in CAR.

“Recent reports that both Chadian and Sudanese nationals are found fighting in CAR, along with current reports of refugees arriving in CAR from the war-torn Darfur region of Sudan, suggest there is a risk that armed groups on either side of the border might take advantage of the current situation to further fuel conflict,” she stated.

"With bands of rebel fighters ultimately loyal to their individual commanders, the president’s official dissolution of Séléka provides little incentives for compliance; there is almost no prospect of purely local action controlling armed groups."

The northeastern CAR region is characterized by lawlessness and banditry. It is also a livestock migratory route for pastoralists from and to Chad, the Democratic Republic of Congo, Sudan and South Sudan. Inter-communal tension is common there too.

“Recent reports claim that such pastoralist groups have sided with Séléka and attacked civilians. This raises concerns that armed groups could exploit these inter-communal tensions to further fuel instability for their own benefit, in a way that would mirror conflict and displacement dynamics in Darfur,” warned Wissing.

However, “a truly ‘regional crisis’ appears unlikely, according to Oxford Analytica. “The norm will more likely prevail: that is, state collapse in mineral-rich peripheries, providing havens for various armed groups.”

Is there a sectarian dimension?

There have also been rising religious tensions between Christians and Muslims in CAR.

Explaining the emergence of religious identity as a driver or perceived driver of tension, Oxford Analytica noted that Séléka originated and recruited in the far north which is predominantly Muslim; Djotodia is CAR’s first Muslim head of state; opportunities for looting and theft in rural areas of CAR have also attracted many foreign fighters, often from countries with larger Muslim communities, particularly Chad; and in reprisal for Séléka activity, Muslims around Bossangoa (in Ouham) have been attacked and killed, with subsequent revenge attacks against non-Muslims. 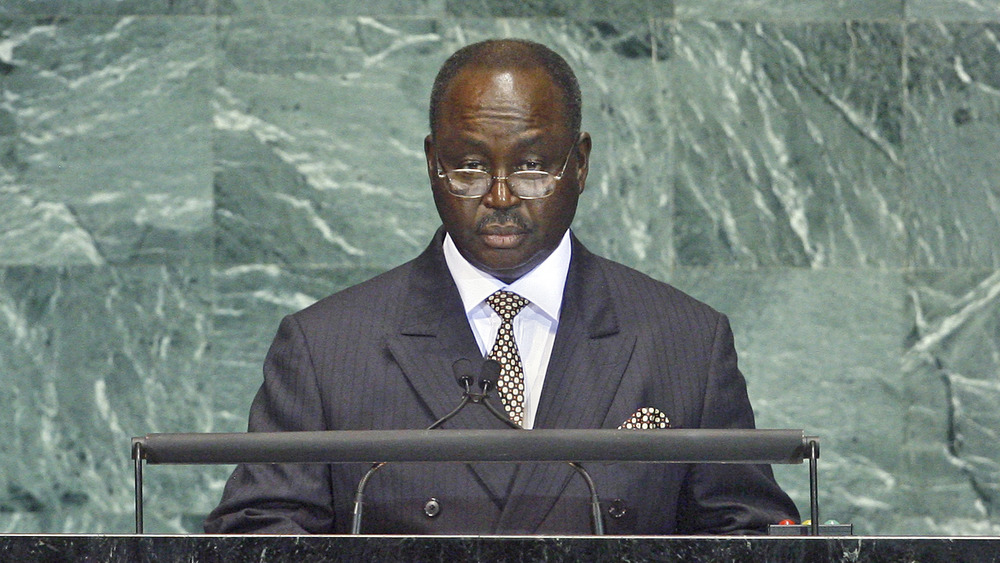 “Sectarian factors were also at play in August, when elements of Séléka cracked down on supposed Bozizé sympathizers in the Boy Rabe District of Bangui,” it adds.

Since early September, the nature of the CAR conflict has changed with the proliferation of local self-defence groups in various parts of the country, MSF’s Groulx told IRIN.

“This circle of violence is fuelling this latest conflict… When such aggressions occur, the population traditionally flee to their fields located anywhere from one to 30km in the bush surrounding their village or city. There, they spend days, weeks and even months without proper shelter, no safe drinking water, limited food supply and no access to the most basic of healthcare.”

With the present violence in CAR concentrated in the northwest, as it was during the 2006-2008 instability, IDMC’s Wissing added that: “If history were to repeat itself, criminal gangs coming from as far as Niger and Nigeria would take advantage of both the instability and the porous borders to target civilians in CAR, potentially causing massive displacement.”

What is the UN doing?

On 10 October, the UN Security Council (UNSC)  unanimously adopted a resolution seeking to update the mandate of the UN Integrated Peacebuilding Office in CAR (BINUCA). This will enable BINUCA to support the implementation of CAR’s transition process over the next 18 months - after which presidential and legislative elections are expected.

UNSC also demanded that Séléka and other armed groups participate in disarmament, demobilization and reintegration programmes and called on African countries to speed up the transition of the Mission of the Economic Community of Central African States for the Consolidation of Peace in CAR into the African-led International Support Mission in the CAR.

UNSC has also noted the UN Secretary-General’s recommendation that BINUCA strengthen its field presence by establishing a guard unit to protect UN personnel and installations in CAR.