The human exodus from Syria started with a trickle in the latter half of 2011 that became a steady stream in 2012, and turned into a flood in 2013. The UN Refugee Agency (UNHCR) estimates that on average 5,000 Syrians flee their country every day and that by mid-September around 2.1 million were living as refugees, mainly in neighbouring countries. Lebanon alone has taken in 752,000, while Jordan, Turkey, Iraq and Egypt have also accepted hundreds of thousands.

The Turkish government says it has spent $2 billion responding to the refugee influx from Syria while Jordan has spent a similar amount just during the first nine months of 2013. A recent World Bank report estimated that the conflict and the waves of refugees it has created has doubled unemployment in Lebanon, cut GDP growth and strained health, education, water and sanitation systems to breaking point.

Although the European Union (EU) has committed US$1.75 billion to relief efforts in and around Syria, making it the largest international donor, it has shown little solidarity with countries like Turkey, Jordan and Lebanon, in terms of helping to shoulder an increasingly unmanageable refugee burden.

Despite its relative proximity to the conflict, Europe is hosting just 41,000 Syrian asylum seekers, the majority of them in two countries - Germany and Sweden.

Not only does the EU lack a joint policy to govern the treatment and protection of Syrian asylum seekers by its member states, Europe’s fortress-like borders are making it extremely difficult for Syrians to reach EU territory.

A report released earlier this month by the European Council on Refugees and Exiles (ECRE) notes: “Access to Europe is increasingly difficult, and legal channels of entering the EU are almost non-existent, especially as Member States closed their embassies in Syria.”

Gaining entry to the EU

For many refugees the only option is to pay smugglers to help them enter EU territory irregularly, but even this has become more difficult. The 206km Greek/Turkish border used to be the main entry point to the EU for migrants and asylum seekers, but in August 2012, the Greek government, with assistance from the European border agency, Frontex, significantly tightened frontier security measures, including erecting a 12km stretch of fence along one of the most popular crossing points.

Most Syrian asylum seekers attempting to reach Europe now use much riskier sea routes between Turkey and the Greek islands and between Egypt and the south coast of Italy. While a number of deaths from drowning and dehydration have been reported, UNHCR estimates that 4,600 Syrians arrived in Italy by sea between January and early September 2013, two-thirds of them in August.

Increasing numbers are also entering Europe via Bulgaria, where reception centres have reached capacity. An unknown number of asylum seekers are now being kept in two detention centres while their asylum applications are decided, which can take as long as a year.

“The EU has in the past urged Turkey to keep its borders open to Syrians wishing to seek asylum, while at the same time focusing resources on controlling irregular entry at its own external frontiers,” said António Guterres, UN High Commissioner for Refugees, at a meeting of the EU Justice and Home Affairs Council in July.

Samer Fanari, "We have to use illegal ways" 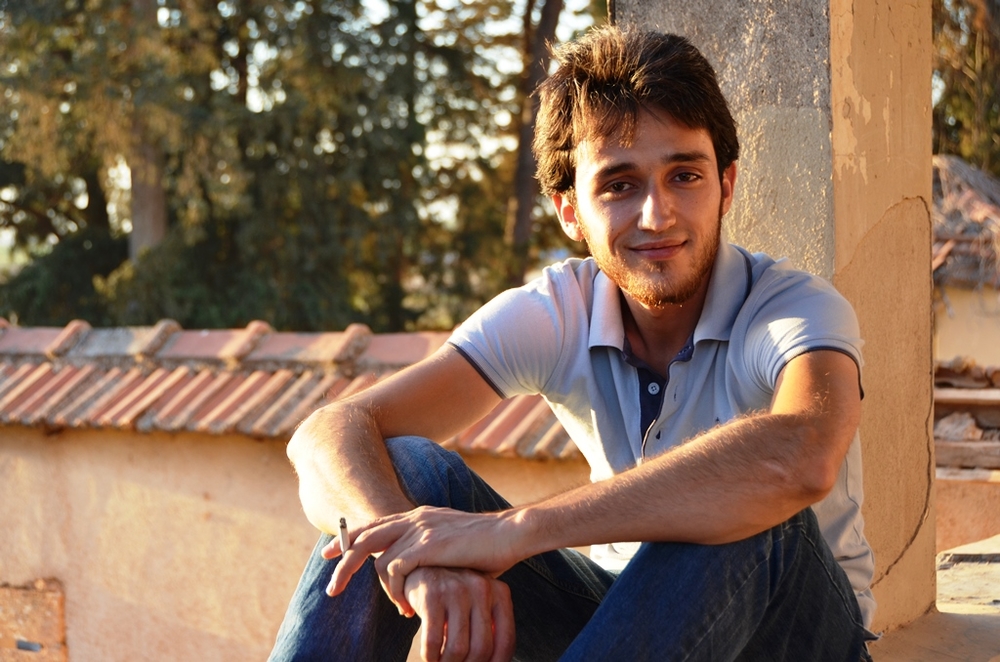 “While the management of borders is a sovereign right and legitimate priority of states, the means must be found to ensure that Syrians seeking protection at EU frontiers can gain access to territory, procedures and safety,” Guterres noted. He also expressed concern about the lack of consistency among Member States in their adjudication of asylum claims from Syrians, and the types of protection being granted.

The EU still has a long way to go in implementing a Common European Asylum System, with some states much less likely to grant refugee status than others. Greece, for example, has a notoriously dysfunctional asylum system, and granted refugee status to only two out of 275 Syrians who applied in 2012, according to UNHCR. In the same year, nearly 8,000 Syrians were arrested and detained for irregularly entering or staying in Greece.

Although the Greek Ministry of Public Order and Citizen Protection has since ordered that Syrians only be detained for as long as it takes to verify their identity and then released, most of those with the means to do so move on to countries where they will have a better chance of receiving protection.

Recognition rates for Syrian asylum seekers are generally high elsewhere in Europe, but the ECRE report notes that a number of countries are granting subsidiary or humanitarian protection rather than refugee status, despite the fact that, as Guterres put it, “people fleeing Syria fall squarely within the framework of the 1951 Refugee Convention, and should be granted protection accordingly”.

Syrians with subsidiary and humanitarian protection status are usually only given residence permits valid for one year (instead of three years for refugees) and may not be entitled to social welfare.
Sweden recently set what refugee rights groups are hoping is a precedent by granting permanent residency to approximately 8,000 Syrian asylum seekers in the country on temporary residency permits.

Besides granting refugee status to Syrians, the other option being urged by UNHCR is for Member States to accept Syrian refugees for emergency resettlement or humanitarian admission (a more temporary form of protection than refugee status). In March, Germany announced a Humanitarian Admissions Programme that will host 5,000 Syrians for two years, with priority given to those already registered in Lebanon or who have family in Germany.

In the context of a conflict that it is creating 5,000 new refugees every day, rights groups have been critical of such minimal commitments. The figures also seem meagre compared to the tens of thousands of refugees that individual countries took in during the Kosovo and Bosnian conflicts.

Julia Zelvenskaya, of ECRE, attributed the disappointing response to a generally negative political climate for migrants and refugees in Europe at the moment. “Few European leaders are saying they welcome refugees,” she told IRIN. “Some countries are only willing to resettle 30 people, and when you compare the numbers being hosted by neighbouring countries [such as Jordan and Lebanon], it doesn’t really show a sharing of responsibility.”

"We have instruments we could use if we chose to deploy them, but you need the political will to do so"

The Alliance of Liberals and Democrats for Europe (ALDE) Group, a political party in the European Parliament, has called for a humanitarian conference to address the issue of facilitating temporary access to the EU for those fleeing the conflict.

An EU-wide temporary protection regime could be implemented using a directive adopted in 2001 following the Kosovo conflict, but would require the approval of all Member States.

“We have instruments we could use if we chose to deploy them, but you need the political will to do so,” said Guillaume McLaughlin, an ALDE policy advisor. “We’ve had a lot of rhetoric [on this issue], but no action.”

Zelvenskaya said it may be too soon to implement the EU directive on temporary protection, given that the numbers of Syrian asylum seekers reaching Europe are still relatively small. Measures could instead be taken to open legal channels to the EU, for example, by relaxing current visa restrictions and family reunification rules for Syrians, and issuing humanitarian visas through embassies in neighbouring countries.