Food can just as easily kill as it keeps people alive, experts have learned in Bangladesh, where excessive use of pesticide, unregulated street food and lack of awareness about food safety sicken millions annually.

“Every day we are eating dangerous foods, which are triggering deadly diseases,” said Kazi Faruque, president of the nonprofit Consumer Association of Bangladesh (CAB).

Children younger than five in Bangladesh are at the greatest risk from eating unsafe food, which causes at least 18 percent of deaths in that age group and 10 percent of adults’ deaths, according to a 2006 study cited by the US-based University of Minnesota’s Centre for Animal Health and Food Safety.

Shah M. Faruque, director of the Centre for Food and Waterborne Disease at the International Centre for Diarrhoeal Disease Research, Bangladesh, told IRIN this trend has continued, and may worsen as urbanization strains clean water supply in the capital, Dhaka.

On average, he said from 300 to 1,000 patients visit his medical clinic in Dhaka daily, mostly because of diarrhoea or cholera, which are often traced back to food or drink.

Experts say the farm is one starting point for how food can turn fatal.

“Many farmers in the country use an excessive amount of pesticide in agricultural products hoping to [boost] output, while ignoring [the] serious health impacts on consumers,” said Nurul Alam Masud, head of the Participatory Research and Action Network (PRAN), a local NGO.

Despite repeated warnings from the government about this issue, lack of coordination among public agencies has hampered effective controls, said Hasan Ahmmed Chowdhury, a UN Food and Agriculture Organization (FAO) advisor on food safety policies.

FAO is advocating a “farm to table” approach that addresses how food is grown or raised, to how it is collected, processed, packaged, sold and consumed.

Safe and nutritious food for all is also guaranteed in the constitution - but on the streets, it is a different matter.

This risk makes life even harder for slum dwellers who rely on street food for its ease and affordability, she said. “Health care is already a challenge for [the] slum population. This disease burden from unsafe food consumption adds up to their misery.”

At least 5 percent of Bangladesh’s 170 million people live in illegal housing settlements. According to a 2008 Asian Development Bank study, poor people in Bangladesh, particularly those in cities, find it difficult to prepare food at home as they spend so much time outside the home earning a living.

“Many of them end up eating cheap [ready-made meals] of low quality purchased from small shops or street vendors,” Chowdhury said.

Even though street food sales are illegal, and therefore unregulated, unofficial estimates hold that authorities tolerate about 200,000 food carts selling everything from samuchas - deep fried minced meat or vegetables wrapped in flour - to yogurt “lassi” drinks.

Profit at any cost

Faruque of CAB said vendors’ “philosophy of making profit at any cost” puts consumers at risk.

A common practice among food vendors is to spray fish, fruits and vegetables with chemical preservatives including formalin - a commercial solution of formaldehyde and water - to boost food’s lifespan and appearance.

Formaldehyde is typically used to preserve human corpses, as well as leather and textile products, said Razibul Islam Razon, a medical doctor in the capital who has treated food poisoning.

The chemical’s short-term effects include: a burning sensation in the eyes, nose and throat; coughing; wheezing; nausea; and skin irritation. As for potential long-term health consequences, formaldehyde has been identified as a human carcinogen.

A farmer treks though his rice paddy in Dhaka, Bangladesh, 2007. Rice is the cheapest source of food for the population of about 144 million people. 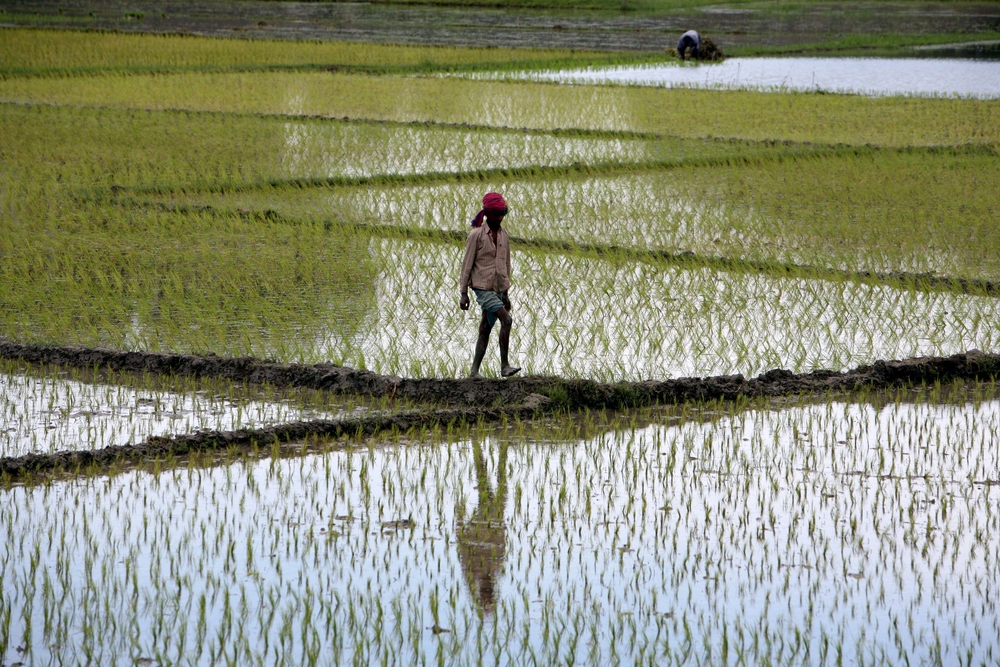 Shah Monir Hossain, a senior adviser at FAO in Bangladesh, said renal failure, cancer and liver damage - all potentially fatal - can be linked to the consumption of unsafe food, but the “extent of food-borne illness is yet unknown”. He predicted the situation will improve with more oversight.

But the private sector is hitting back.

“We are using a special preservative detector machine to check food [for] formalin at our sourcing in order to make sure that our customers receive safe food,” said Sabbir Hasan Nasir, executive director of a company running 40 all-in-one shopping centres nationwide serving about 20,000 customers daily.

“Customers can even check foods in our store through a machine in order to detect formalin,” he added.

But even when vendors do not knowingly engage in unsafe food handling, their lack of knowledge, coupled with long work hours and their own precarious health, can sicken customers, according to a 2010 FAO-government initiative to boost healthy street food.

The projects’ researchers tested 426 food samples from Dhaka vendors who had not undergone any food hygiene training and 135 from those who had. Samples from untrained vendors had almost uniformly “overwhelming” high bacteria counts, while results from trained vendors largely fell within international safety standards.

The researchers called on the government to develop a policy to “assist, maintain and control” street food vending.

The government is set to create the Bangladesh Food Safety and Quality Control Authority to boost control of street food and to criminalize unsafe food handling, the Minister of Food and Disaster Management, Muhammad Abdur Razzaque, told IRIN.

Under the National Food Safety and Quality Act 2013, this authority will be created within the next two months, said Ahmed Hossain Khan, director-general of the Directorate General of Food in the same ministry.

The draft act addresses weaknesses in the existing food safety regulatory system, including the scant enforcement of food control laws along the entire supply chain. It also introduces a national food-borne disease surveillance system and outlines an emergency response plan in case of a disease outbreak linked to food.

“We identified existing loopholes in our food safety system, and this act will help us radically improve our approach in food safety regulation,” Khan said.

But Nazrul Islam, an associate professor at the Dhaka School of Economics, said regulatory policies alone have failed to solve the food safety problem, and that the government needs to examine the economic roots of unsafe food: the underclass of farmers responsible for feeding the country.

One start, he suggested, is guaranteeing farmers fair prices, a longstanding grievance of producers who accuse middlemen traders and end consumers of profit gouging.

“This may encourage farmers not to go for unethical practices up to a certain extent,” said Islam, adding that better agricultural extension services, easier access to information for farmers and strict regulatory measures are equally important.

But more is needed, Islam said. “The biggest challenge the country is facing in ensuring a meaningful food security for its…people is food safety.”

The 2012 Global Hunger Index places the country’s hunger situation in an “alarming” range, with too few people being able to eat nutritious, life-sustaining food.