The Philippine government has begun putting in place contingency measures over what it has described as a possible “humanitarian emergency” in its southernmost islands after hundreds of Filipino migrants, caught in the cross-fire of a Malaysian government crackdown against Filipino gunmen asserting land claims in Malaysia, have started returning home.

The incursion has sparked concerns in Manila of a massive influx of migrants who would be returning to the Sulu Islands and Mindanao, one of the country’s poorest regions, the eastern coast of which is still recovering from a deadly typhoon in December 2012.

Who is behind the land claim?

One month ago, hundreds of armed followers of Jamalul Kiram III crossed over from the southern Philippine island province of Tawi-Tawi, part of a chain of islands known as the Sulu archipelago, to assert a historical land claim in neighbouring Malaysia’s Sabah State.

The Manila-based leader of the gunmen, Kiram, 74, is the self-proclaimed heir to the Sultanate of Sulu and North Borneo, once Southeast Asia's most powerful Islamic monarchy that controlled the Sulu archipelago in the southern Philippines and part of Borneo Island, which includes present-day Sabah State.

The sultanate, however, fell from power more than a century ago, and in 1878, "leased" control of Sabah to a British trading company that eventually gave ownership rights to Malaysia when it became an independent nation in 1963.

Despite an International Court of Justice decision a decade ago that recognized islands of Sabah State as belonging to Malaysia, Kiram insists the state still belongs to the sultanate (not a legal entity), in large part because Kuala Lumpur continues to pay his group a nominal land payment (which he views as rent) of about US$1,700 dollars annually. 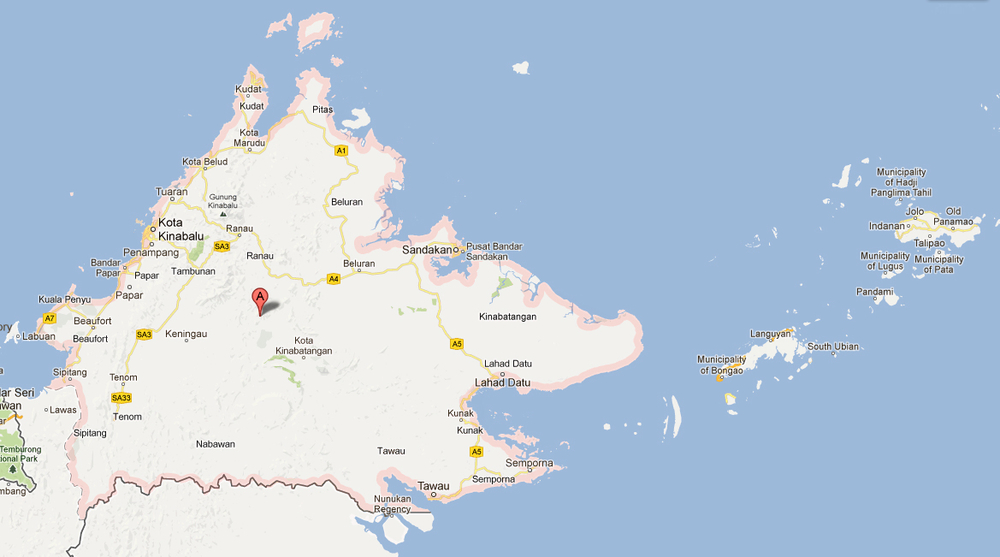 Kiram gave his followers "permission" to settle in Sabah. The stand-off has resulted in ongoing armed clashes as Malaysian authorities move to flush them out, leaving at least 63 dead and displacements of
Filipino migrant workers.

Kiram has told local reporters he deployed his men to the Malaysian coastal town of Lahad Datu to demand a higher land payment from Malaysia.

What is the humanitarian challenge?

As the crackdown continues, Manila says hundreds of the estimated 800,000 Filipinos living and working in Sabah - drawn there over generations to work on its palm oil plantations - have begun streaming back home to the southern Philippine island provinces of Basilan, Sulu and Tawi-Tawi. Integrating them presents a "humanitarian challenge" said the country’s Interior Secretary Mar Roxas on 11 March.

Roxas said about 1,500 Filipinos, many of them women and children, have already returned to avoid cross-fire. President Benigno Aquino ordered relief goods, medicines and health workers deployed ahead of an expected influx of more Filipino migrant returnees.

"In case these evacuees increase in number, our government is well prepared," Roxas told IRIN. "We have deployed food stuff and medicines. We will try to ensure their safety and their general welfare."

"The government will not be able to immediately create jobs for 800,000 people in the course of one day," said Edwin Lacierda, a spokesperson for the president’s office, adding that President Benigno Aquino had already appealed to Malaysian Prime Minister Najib Razak to ensure Filipinos living in Sabah will be spared in the offensive.

"It’s critical that the Malaysian authorities ensure the protection of all civilians in the area, and allow humanitarian access for the provision of emergency assistance to those affected by the violence," said Phil Robertson, Human Rights Watch deputy Asia director, in a statement.

How is the incursion linked to government-MILF peace talks?

Lacierda said an influx of displaced migrants may lead to additional law and order problems in the south, a region plagued by decades of insurgency and poverty. The country’s largest Muslim insurgency, based in Mindanao island, agreed to an interim peace deal last October.

The Aquino government has said it did not mean to ignore the Kiram family, but admitted to having lost a crucial letter in which Kiram advised the government to respect historical facts because the insurgency in the south is closely linked to Sabah.

In the 1960s, former dictator Ferdinand Marcos ordered the military to train Muslim fighters to infiltrate Sabah, but they mutinied after allegations of abuse. Marcos had them executed, but one escaped to recount what is now known as the "Jabidah massacre".

A senior cabinet official in the Aquino government said Kiram’s incursion into Sabah may be part of a larger conspiracy to scuttle the MILF-government peace deal by political forces using the sultan as a pawn.

"They fear that this peace deal is a legacy by the Aquino government, and they do not want to see that," the official, a member of Aquino's inner circle who preferred anonymity, told IRIN. "This was a clear move to
hold hostage the peace deal."

Former MNLF fighters, a number of whom feel sidelined by the new peace deal - brokered by Kuala Lumpur - reportedly deployed reinforcements to help Kiram's men- information the authorities have not confirmed.