This article is part of our in-depth coverage. Read more like this...
VANCOUVER

Fish stocks all over the world are on the verge of collapse due to the twin effects of climate change and overfishing, and scientists warn this could lead to widespread malnutrition throughout poorer countries in tropical climates.

Our fish are disappearing

Oceans have absorbed more than 93 percent of the heat generated by human activity since the 1970s, according to a report published this month by the International Union for Conservation of Nature and Natural Resources.

It says a “truly staggering” rise in temperature has caused chaos in the seas: dangerous microbes and cholera-carrying bacteria are breeding in warmer waters, along with toxic algae, which could poison fish and humans that eat them; coral reefs that provide the habitat for a quarter of the world’s marine species are dying; species including turtles, seabirds, and fish are being driven into cooler waters towards the poles.

For experts researching global fisheries, the IUCN report, compiled by 80 scientists in a dozen countries, landed with a dull thud on top of a growing pile of their own studies that show overfishing is already decimating stocks worldwide.

Dirk Zeller, executive director of the Sea Around Us research institute at Vancouver’s University of British Columbia, said it’s hard enough trying to convince countries to scale back fishing to sustainable rates. And as with overfishing, the warming seas won’t affect everyone equally. 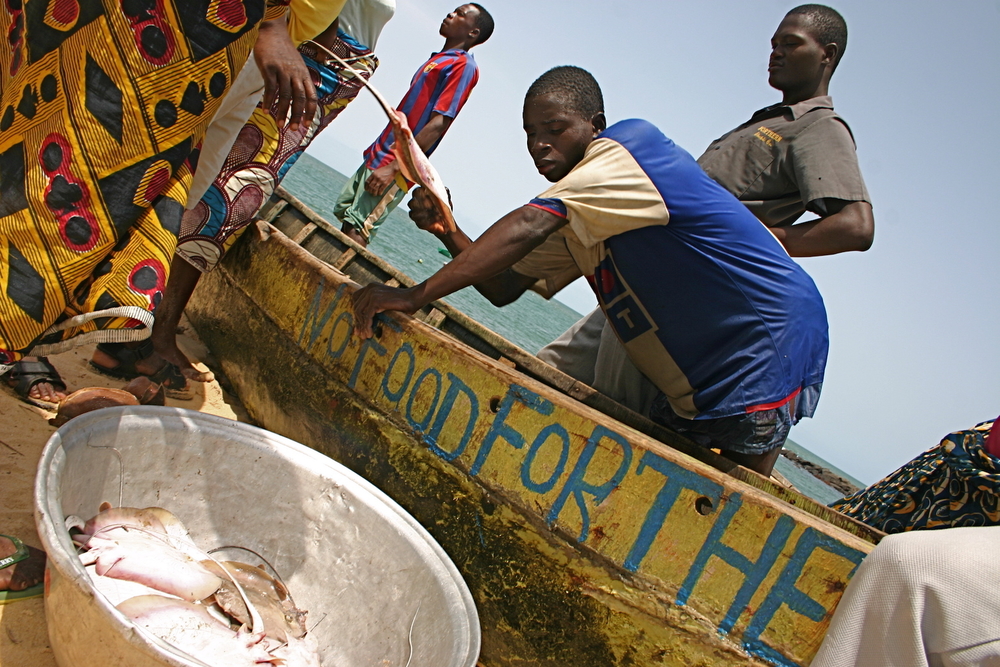 Jared Ferrie/IRIN
A fisherman unloads his catch in Sierra Leone

"Who are the ones who are really going to pay the price? Poor, developing countries in the tropical zone,” he said in an interview at his UBC office.

After more than a decade of research, Zeller and his colleague Daniel Pauly published damning evidence earlier this year about the true extent of global overfishing. They noted that many people in developing countries depend on fish for protein as well as micronutrients that are essential for health. Locally caught fish are often the only source of those micronutrients, as people do not have access to micronutrients in meat, eggs, vitamin supplements and imported fish.

That caught the attention of researchers at Harvard University who were studying the importance of fisheries for nutrition. They got in touch and the preliminary findings of their combined research were published in a June article in Nature, which warned that about 11 percent of the Earth’s population could lose out on essential micronutrients as the fish they depend upon disappear.

“Fisheries management has always been about maximising economic return, or sustainable yields to maximise the amount of fish we can take out that can enter the marketplace,” Zeller said. “We argue that we need to see a shift – we need to view marine resources as a health issue.”

Climate change is exacerbating a problem that is already 70 years in the making.

Since the end of the Second World War, the world’s fisheries have been managed as an inexhaustible economic resource, which drove a massive expansion of industrial fishing. That narrow thinking has brought them to the dire straights they are in today: if fishing continues at the same rate, many stocks around the world will collapse entirely.

In order to reach those startling conclusions, researchers had to look outside commercial fishing data provided by countries to the UN’s Food and Agriculture Organization, which contained holes that obscured the bleak reality of the situation and allowed us to maintain the fiction of endless fisheries. 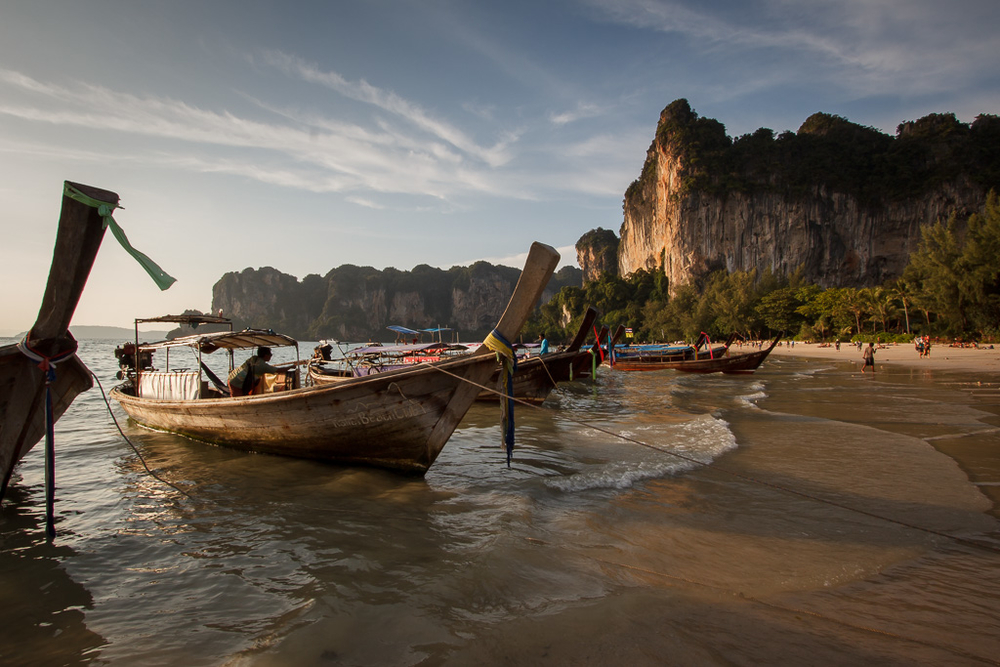 As grave as the results are, they also offer solutions.

Governments and agencies need to stop looking at global fishing as an economic resource only, and write new policies to manage fisheries better and pull us back from the brink of disaster. Groups advocating on health and environmental issues – including the UN Environment Programme and the World Health Organization – must also lobby for stronger regulations.

There is pressure too on scientists to come up with data that accurately shows the extent of the crisis the world is facing. Zeller and his colleagues at the Sea Around Us project have been attempting to do just that.

Just over a decade ago, they were contracted by the US Fisheries Council in Hawaii to look into how much artisanal and subsistence fishermen were catching in the American Pacific islands.

Most of the data from those fisheries had never been collected before. When the FAO was created at the end of the Second World War and given responsibility to assemble and harmonise national data on fishing, these small-scale fisheries were deemed inconsequential – and that attitude has largely prevailed until today.

When the UBC scientists added what they’d collected from the subsistence and artisanal fisheries in Hawaii, American Samoa, Guam, and the Northern Mariana Islands, they found that the official catch data was much lower than the reconstructed data that included small-scale fisheries. This suggested that fish stocks were in a much steeper decline than was previously thought.

Zeller started doing similar research on fisheries in Pacific countries that weren’t as well managed as US territories. He found the same results.

“Out of that, we said, ‘Ok, maybe we need to do this for every country in the world,’” he said, and the “catch reconstruction” project was born.

By 2015, the UBC researchers had completed the first ever catch reconstruction database for every country in the world going back six decades. It combined the national data summarised and presented by the FAO with those from unreported fisheries, including subsistence, recreational and artisanal (that is, small scale fisheries supplying local markets), as well as discarded catches from some of the bigger fisheries in each country.

In January this year, Zeller and Pauly published their findings in a paper in Nature Communications. According to the data reported by FAO on behalf of countries, global marine catches peaked at 86 million tonnes in 1996. The Sea Around Us catch reconstruction suggests a peak catch of 130 million tonnes that year.

“We find that reconstructed global catches between 1950 and 2010 were 50 percent higher than data reported to FAO suggest, and are declining more strongly since catches peaked in the 1990s,” they wrote.

Too many boats in the sea

Although people from poorer communities will suffer disproportionately as fish stocks collapse, they are not the ones responsible.

China’s fleet in particular has grown rapidly since the 1950s, an expansion literally fuelled by subsidies.

Fuel subsidies accounted for 94 percent of the $6.4 billion that China provided to its fleet in 2013, according to a study published in June in the journal Marine Policy. China is now the world’s largest seafood producer and about 95 percent of its subsidies are “harmful to sustainability”, the study said.

In a 15 April complaint to the World Trade Organization, the US said that China has refused to divulge information about its subsidy programmes.

“The dire state of the world's fisheries has led to calls for greater disciplines on fisheries subsidies that contribute to overfishing and overcapacity,” said the complaint.

While the problem of overfishing due to overcapacity of industrial fleets has been accepted at the WTO and elsewhere, solutions are slow in coming.

Every two years, the FAO convenes a global conference, the Committee on Fisheries. In 2014, COFI adopted voluntary guidelines for the management of small-scale fisheries, an agreement reached after years of advocacy.

“They basically start setting the scene to say that global fisheries is not about industrial fleets roaming the world’s oceans, creating money for rich people or for big fishing companies,” said Zeller. “Fisheries have to be for the local people as a first priority.”

However, the guidelines are not mandatory. A country is not obligated to dismantle its subsidy system in order to halt overfishing and prioritise small-scale fishing communities over industrial fleets.

“Many countries are making strides internally about dealing with these subsidies,” said Zeller. “But the big players such as China and Europe – they don’t.”

Even if the world’s governments could agree on binding measures against the overexploitation of fisheries, they will have to deal with another problem that is far more difficult to manage.

“The one thing that is potentially a runaway train on this is climate change,” said Zeller. 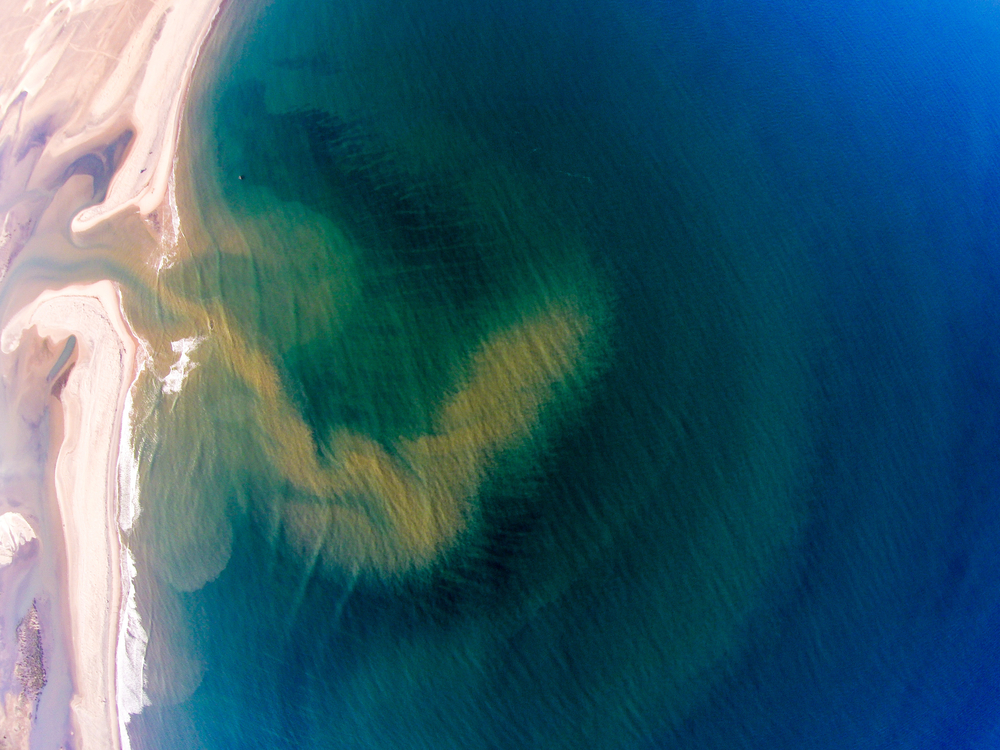 The IUCN report drives the point home in stark language that is rare for scientists: “Ocean warming may well turn out to be the greatest hidden challenge of our generation.”

The report noted that even discussions on climate change at the highest levels have neglected the seas. But the warning signs are all around us, in the oceans that comprise 70 percent of the earth’s surface. Last year, ocean temperatures were the warmest in 136 years of records, and that was the fourth time the record had been broken since 2005.

For Zeller, all of this underscores the idea that big economic interests can no longer be the sole arbiters of fisheries management.

“More organisations – within the UN system, within governments – are becoming aware that fisheries is not purely an economic activity,” he said. “It is an environmental issue, and increasingly they will also know that it’s a health issue.”

Despite the glacial pace of policy change, Zeller sees reason for hope as management improves in many countries, and there is a growing understanding of the crisis. More NGOs are becoming involved in advocating for local fishing communities, which puts public pressure on governments.

“So yeah, I am cautiously optimistic,” said Zeller. “I have hope for my son that he will one day still have fish to eat. He’s 11, and he loves going fishing.”

(TOP PHOTO: An Asian longliner fishing at the maritime boundaries of Madagascar and the Seychelles is caught in the spotlight of a patrol vessel. This longliner was licensed, but Illegal. Unregulated and unreported fishing by industrial vessels in Malagasy waters over the last two decades has caused untold and irreparable damage. CREDIT: Garth Cripps/Blue Ventures)