Hundreds of displaced northerners in southern Mali are risking life under Sharia law to return home, lured by the prospect of jobs, free water and electricity, and in some parts, relatively cheaper food, Malians in the north and south told IRIN.

Islamist groups have removed taxes on many basic goods, say traders in the region, provide erratic electricity and water services at no charge, and have fixed the price of some basic foods. They are also paying youths to join their ranks, as talk of intervention by the Economic Community of West African States (ECOWAS) mounts.

Gaoussou Traoré, a bus driver with Binké transport on the Bamako-Gao-Timbuktu route, said from March to June his buses were full of northerners fleeing south but now it is the opposite, with nearly empty buses heading south and all 52 seats packed heading north. “They are full every day,” he told IRIN.

Issa Mahamar, a French professor at the Yanna Maigo school in Gao, fled to Sevaré in central Mali in April to live with an uncle after the MNLA (National Movement for the Liberation of Azawad) Tuareg rebels took over, but recently returned to Gao in the Islamist-held north, partly due to the cost of living and also to protect his mother who never left. “I also came because life is cheaper. There are no electricity or water bills… Before, I paid 15,000 and 8,000 CFA monthly (US$30 and $16) for my electricity and water but that’s now free.”

The same goes for cereals, he said, noting that when the rebels and Islamists looted stores and World Food Programme warehouses they sold the food to locals at low prices, so city-dwellers stocked up.

The price of a baguette of bread is now fixed at 200 CFA [the equivalent of 40 US cents] - down from 60, said locals, with Islamist brigades sent out to tour bakeries to make sure no one is flouting the prices. “If they do, they are punished according to Sharia principles,” Tata Haidara, an ex-hotelier in Timbuktu, told IRIN.

The money to run power and water supplies and to pay would-be combatants is allegedly earned mainly through trafficking and hostage-taking, say analysts and locals.

Taking on basic services has not been smooth - supply is erratic, and some Islamist groups reportedly called on public sector workers to return to their old jobs to run them better.

“I got my house and my job back”

Some who fled south to nothing are reclaiming their old jobs. Moussa Touré, 35, was a government nurse in Gao hospital before fleeing to Bamako in March; but he returned to Gao on 27 July and now earns twice his former salary, taking home $600 a month, he told IRIN.

"In Bamako, I was not working… I have colleagues who remained in Gao. They are the ones who told me to come back… I do not regret it. I got my house and my job back.” He is now paid by NGOs that finance the hospital, instead of the state, he said.

“I made a choice based on my own interests, as everyone has. Every day there are doctors, nurses who come back to seek their jobs,” he told IRIN.

Some youths have also returned, lured by the prospect of earning US$150 a month (others say much more) to join the ranks of Islamist groups and counter a planned ECOWAS intervention, though the scale of returns is not clear.

Returning requires tough personal compromises, say returnees and analysts. “It’s true that the Islamists are applying Sharia, amputating people, stoning or whipping, depending on the nature of the crime,” said Badra Macalou a political scientist in the capital, Bamako, “but if you respect their rules, they won’t touch you.” 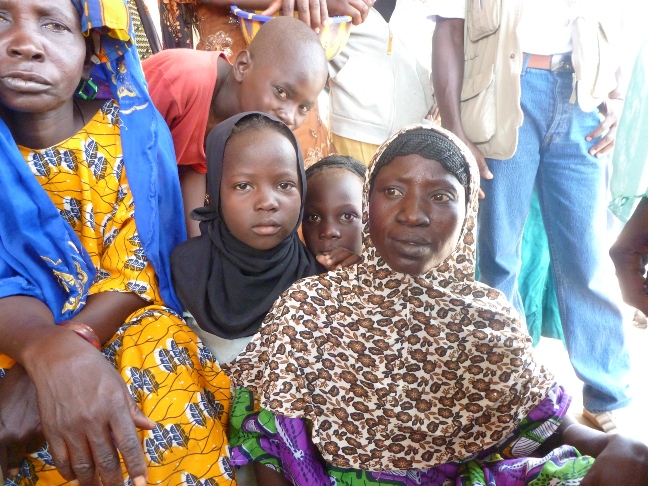 But many are still too afraid to return, or can’t, knowing that their livelihoods are finished. Fatimata Konta used to sell fish in the marketplace in Gao, but Islamic group Ansar Dine forbade women from doing so as they are not to be seen working in public, leading her and her fellow fish-sellers to flee to Mopti in the south. She is currently living there with her eight children.

“People are saying it’s unacceptable what’s happening in the north, but I think the south is more threatened,” said Macalou. “There’s a time bomb that could go off at any point… There could be another coup d’état at any moment.”

“These politicos must put aside their partisan bickering and infighting… otherwise the north will never be resolved,” said Amara Mallé, a member of local NGO Collective to Save Mali.

US ambassador to Mali Marybeth Leonard repeated the USA’s position in a recent televised meeting with the interim president: “The south must be stabilized, otherwise it will be difficult to re-conquer the regions and to combat terrorists.”

*This report was amended on 2 April 2013 to reflect the fact that nurse Moussa Traoré’s salary was covered by several NGOs, but was not paid by NGO Qatar Charity.