In South Africa, asylum seekers and refugees in need of documentation often have no choice but to pay for it. So says a new report exposing how corruption and bribery have permeated nearly every level of the country’s asylum system: from border crossings, to queues outside refugee reception offices, to what takes place inside those offices.

The report, carried out by the African Centre for Migration and Society (ACMS) at Witwatersrand University in Johannesburg, together with Lawyers for Human Rights, surveyed more than 900 respondents, the majority of them asylum seekers, and found that nearly a third had experienced corruption at some stage in the process.

“It is corruption everywhere,” said one respondent interviewed outside Marabastad Refugee Reception Office (RRO) in Pretoria, which according to the report is the most corrupt of the country’s five RROs. “They ask for money. You pay, but they don’t help you. If you can give R2,000 to R5,000 (US$162 to $404) you can get [refugee] status.”

South Africa is a major destination for migrants and asylum seekers from all over the continent. In 2014, it received over 86,000 asylum applications, according to the UN’s refugee agency, UNHCR, more than twice the number received in the UK. But just under one in 10 of those applications were approved – the lowest approval rate in the world.

Previous studies have documented the many inefficiencies of a system that has struggled to cope with the sheer volume of applications, but until now reports of corruption were mainly anecdotal.
Speaking to IRIN in 2013, an interpreter employed by the Department of Home Affairs at Marabastad said that asylum seekers were routinely asked for money in exchange for a positive outcome on their applications.

“No one gets a permit without money,” said a refugee IRIN interviewed queuing outside Marabastad in 2012.

The ACMS report, entitled Queue Here for Corruption: Measuring Irregularities in South Africa’s Asylum System, suggests that corruption sometimes begins at border crossings – 13 percent of respondents said that border officials asked them for money – but that it is more prevalent during asylum application and renewal processes that usually require multiple visits to an RRO.

Twenty-two percent of respondents said they were asked for money while queuing outside an RRO, usually by security guards or brokers claiming to have connections with staff inside. At Marabastad, more than half of the respondents experienced corruption in the queue, and 31 percent reported being asked for money in exchange for being assisted once inside the office.

Not everyone can afford to pay bribes. Some respondents, particularly those trying to access services at Marabastad, failed to even get inside and had to return several times. Asylum seekers unable to renew their permits before they expire are liable for fines, a system that opens up another opportunity for corruption, with fines often being paid directly to RRO staff, according to the report.

“The multiple entry points of corruption increase the risk that asylum seekers will remain undocumented and at risk of arrest and detention… processes [that] themselves create multiple opportunities for corruption,” notes the report, which asserts that corruption has flourished in South Africa’s asylum system partly as a result of the government’s decision to close down several RROs in recent years despite continued demand for their services.

New asylum applications are now only accepted at three RROs: in Pretoria, Musina (near the border with Zimbabwe) and Durban.

Refugee reception office in Musina, Limpopo Province, South Africa: It is one of just four in the country where asylum-seekers can apply for documentation 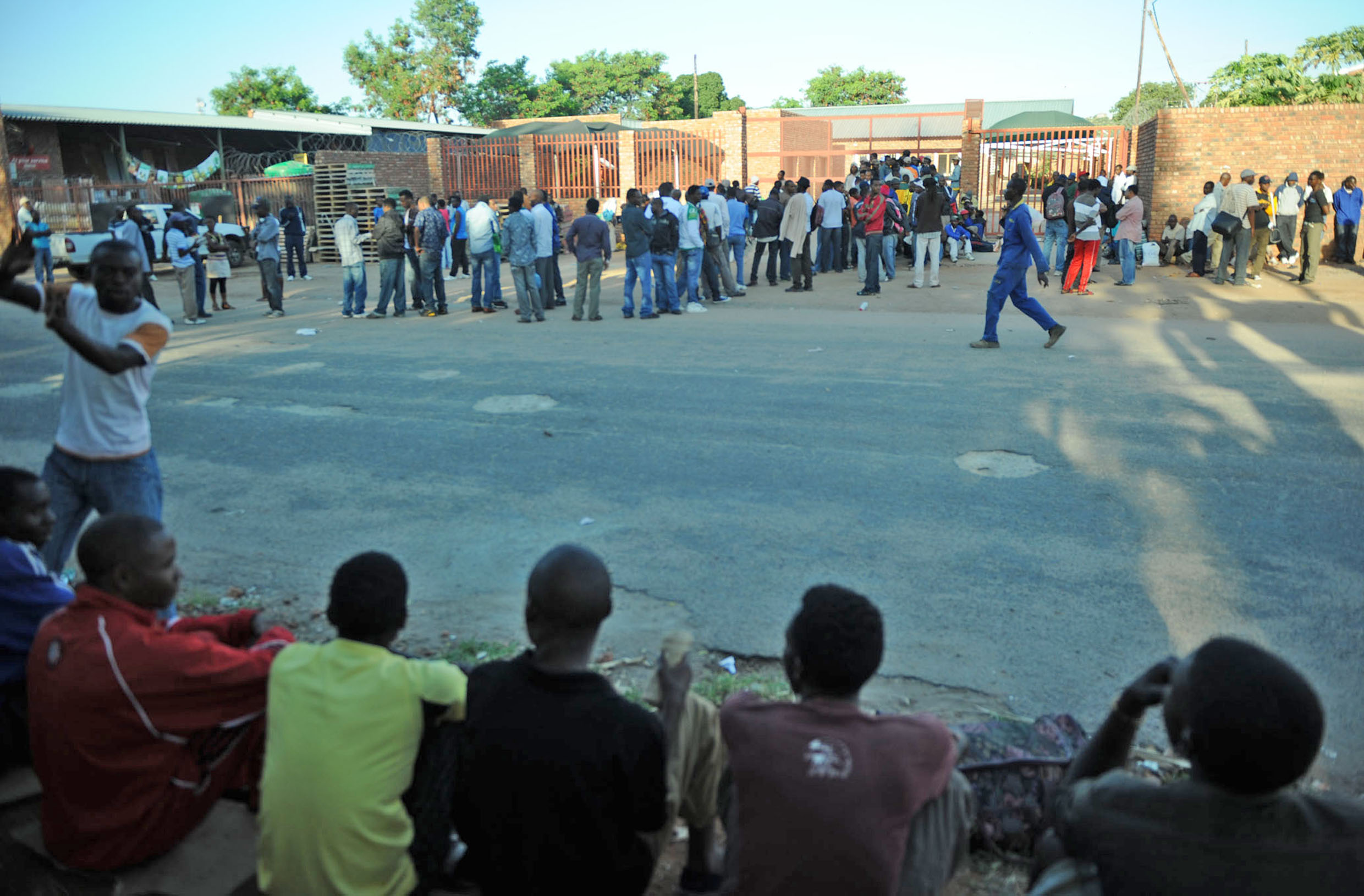 “A situation in which demand exceeds capacity creates opportunities for corruption. It also risks creating an asylum system that offers protection only to those with the financial means to purchase it,” says the report.

Very few respondents attempted to report their experiences of corruption, and those who did were sometimes told to go back to their own countries. The Department of Home Affairs’ counter-corruption unit sometimes responds to individual allegations of corruption but is dependent on asylum seekers to provide details without fear of reprisals.

“I think the department [of home affairs] takes the view that it’s a few bad apples in the system, and it’s basically the migrants themselves who are instigating the corruption, and I think this report shows it’s more of a systemic, structural problem that they need to address,” said Roni Amit, a senior researcher with ACMS, and the author of the report.

She told IRIN that while South Africa’s Department of Home Affairs has often characterised virtually all asylum seekers as economic migrants, its failure to root out corruption has probably resulted in more economic migrants abusing the asylum system while those in genuine need of protection are often unable to access it.

The home affairs department couldn’t be reached for comment, but speaking to local newspaper Business Day on Wednesday, the department’s spokesperson Mayihlome Tshwete said the report’s criticisms of the counter-corruption unit were “disingenuous” as it had exposed syndicates, not just individuals.

Tshwete pointed to the large numbers of asylum applications that South Africa receives relative to EU countries with more resources. “The context is very important,” he said, adding that the department was serious about combatting corruption.

Amit said that attempts to arrange a meeting with the home affairs department to present the findings of the report had not received a response.