With police closing in on prison camps set up by human traffickers in the Malaysian jungle, Abdul Hakim’s captors suddenly fled. Seeing his chance to escape, he bolted into the bush and then walked for three days before finding a town where locals gave him food, water and a bus ticket to the capital, Kuala Lumpur.

Malaysian police have launched a sweeping investigation into human trafficking rings after announcing on 25 May that they had found 139 shallow graves around 28 camps along the remote frontier with Thailand.

See: Lucky escape for Rohingya boys who took the bait

But the operation has come too late for many victims who suffered torture, rape and death at the hands of traffickers. Some could have been saved if police had acted on information provided to them over the past few years, say rights groups and opposition politicians.

“I am writhing with anger. I think to myself that if only the police had listened to us we wouldn’t have these graves,” said Aegile Fernandez, director of Tenaganita, a Kuala Lumpur-based NGO that advocates for the rights of migrants and refugees.

Fernandez said Tenaganita provided a 2008 report to police headquarters in Kuala Lumpur, which detailed abuses against Bangladeshis and ethnic Rohingya from Myanmar who had paid for passage to Malaysia and Indonesia only to be held prisoner in the jungle unless their families paid ransom.

One would think that the police would have followed up with investigations, but there are no reports on this.

Police Inspector-General Khalid Abu Bakar declined a request for comment, citing the ongoing investigation. But he told reporters on 28 May that he had never seen the report and that police had only learned about the camps weeks earlier.

“Local villagers have reported and handed over impoverished and hungry looking people to the police,” he told IRIN. “One would think that the police would have followed up with investigations, but there are no reports on this.”

Syed Ali Alhabshee, an official with the United Malays National Organisation, Malaysia’s ruling party, said people should focus on the investigation rather than making accusations.

“This has become a war of words,” he told IRIN. “It's the words of the NGOs against the version of the police. And is anyone going to benefit from this? What's important now is for the police to find out who is the mastermind behind the forest camps." 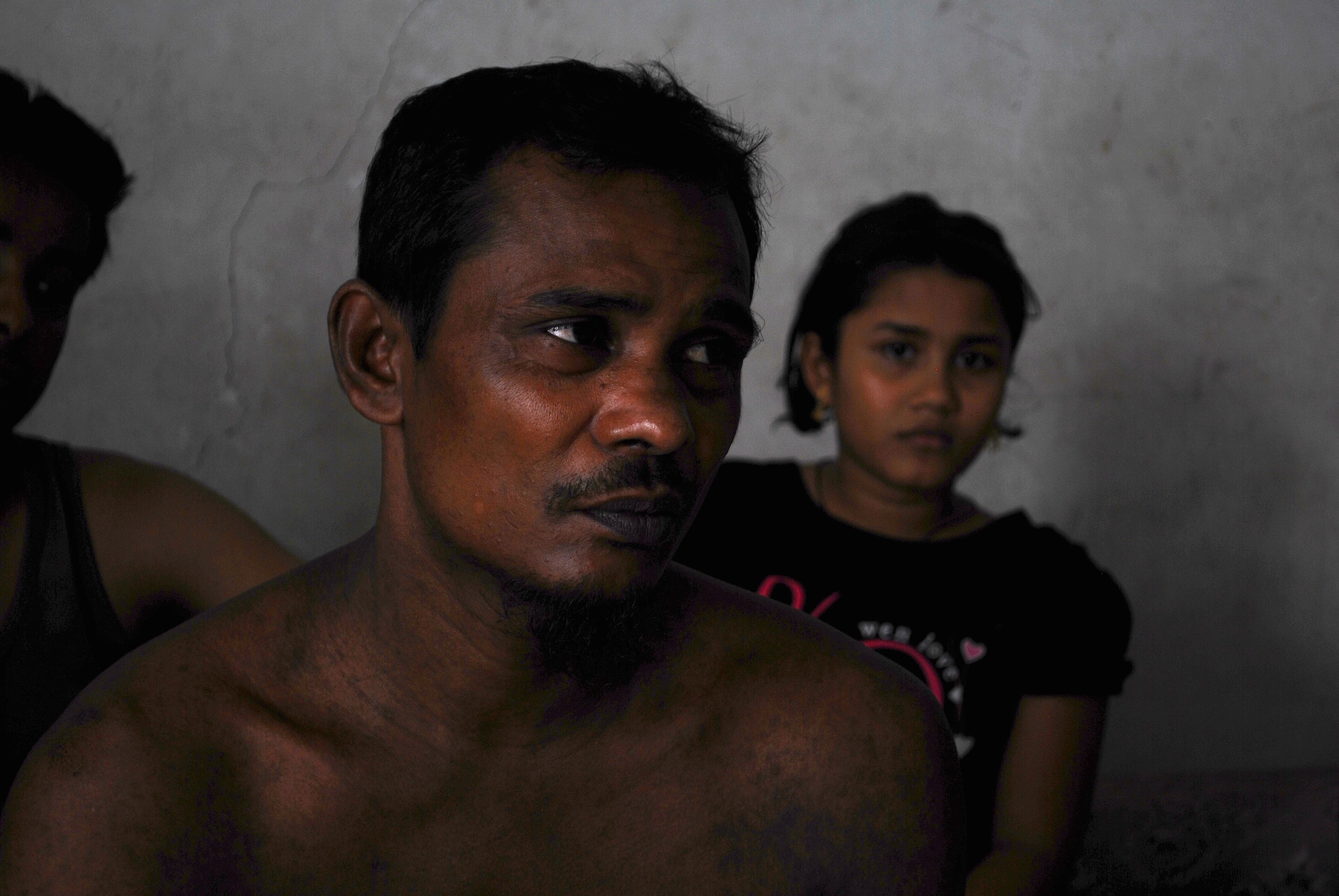 Deputy Home Minister Wan Junaidi Tuanku Jaafar has promised a transparent investigation that will look into the possible roles of police and forest rangers.

"I do not care who they are, or what is their rank. As long as there is evidence indicating their involvement in human trafficking into Malaysia, we will take action,” he told the state news agency, Bernama, on 27 May.

A dozen police officers have been detained, bodies are being exhumed, and police have taken journalists to the hastily abandoned camps where they saw “human cages” made of wood.

Abdul Hakim said he witnessed and experienced terrible abuse on the boat and then in the camp where he was held for more than a year, because he was unable to pay $2,000 for his release.

He said women were kept separate from the men on the ship where they were raped nightly, and that the sexual abuse continued once they were on land.

Another survivor of a camp in Thailand told IRIN that she was raped every night for five months.

Abdul Hakim said men were also subjected to violence and 16 were killed and their bodies dumped into the sea during the three-week voyage. At the camp he was often beaten with a metal rod, he said.

“If I flinched from pain or moved, I was beaten up even more,” Abdul Hakim said. “The traffickers poured boiling water on my head and boiling oil on my arms.”

The crackdown on camps and discovery of graves on both sides of the border between Malaysia and Thailand has highlighted the scale of the human trafficking crisis in Southeast Asia.

The victims are migrants escaping poverty in Bangladesh, or members of the ethnic Rohingya Muslim minority fleeing apartheid-like conditions in western Myanmar. Most Rohingya are stateless, their movements are restricted, and almost 140,000 of them remain in camps after being displaced during clashes with majority ethnic Rakhine Buddhists in 2012.

About 63,000 people travelled by boat through the Bay of Bengal and the Andaman Sea last year, while another 25,000 made the perilous journey in the first quarter of 2015, according to a joint report by the International Organization for Migration, the United Nations refugee agency, UNHCR, and its Office on Drugs and Crime.

The report, released at the end of May, said the number of migrants making the journey had tripled since 2012 and highlighted the starvation, beatings and sexual violence that many of them face while held for ransom in camps or on boats.

“The scale of deaths is unknown but, as the recent discovery of mass graves in smugglers’ camps attests, it is likely to be even higher than the 1.2 percent of travellers estimated to perish from disease or mistreatment,” the organisations said.

Abdul Hakim has escaped death and found accommodation in the Rohingya community in Kuala Lumpur, but reminders of his ordeal have followed him even there. He says he often sees one of the traffickers from the camp where he was held, a fellow Rohingya, who lives nearby.